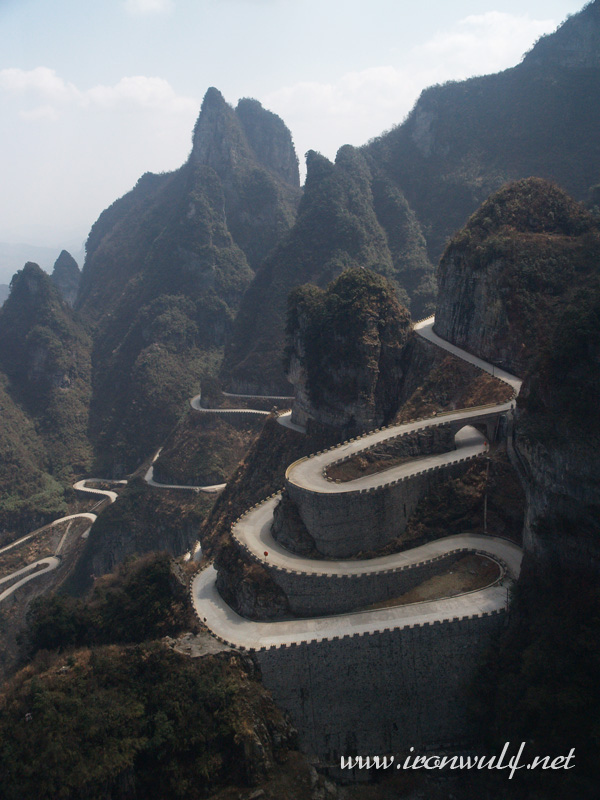 The long and winding road at Tianmenshan

I can’t believe I’m home. I’m just stunned and thinking that in those 11 days I was in Mainland China I can’t believe I’ve been through all those places I’ve been. It’s like a whirlwind of an adventure in the heart of China that’s truly raw. The feeling of travel just really hits you and you want more. It’s a bit tiring but really fulfilling journey. Again, a backpacking adventure that’s really gonna be remembered for a long long time. 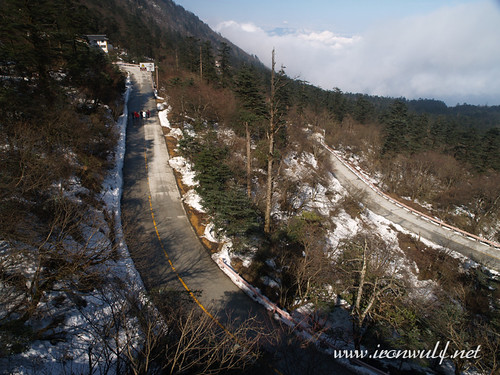 The first few days in China was great and we seem to be following our IT regularly but in the middle, on what would be the highlight of our trip we had to make a sudden detour. We were on our way to the Northern Province of Sichuan and visit a scenic Valley of Jiuzhaigou, but 2.5 hours of bus ride from Chengdu along a very scenic mountainscape roads, our bus was asked to stop at a check point. The police inspected each passenger and made a sweep. While holding a rifle on his hand but not pointing it, he asked me a question in Chinese which I didn’t understand. My friend who can understand “A bit” and speak “Passable” Chinese, told me that he asked me to come down the bus. From then on I don’t know what was happening. It turns out that there was a memo issued that day from the government not to allow any Foreign Nationals into the border of any Tibetan Community. This was because of the riot that happened in Lhasa Tibet. And in Jiuzhaigou, the Aba Prefecture, a Tibetan community was there. 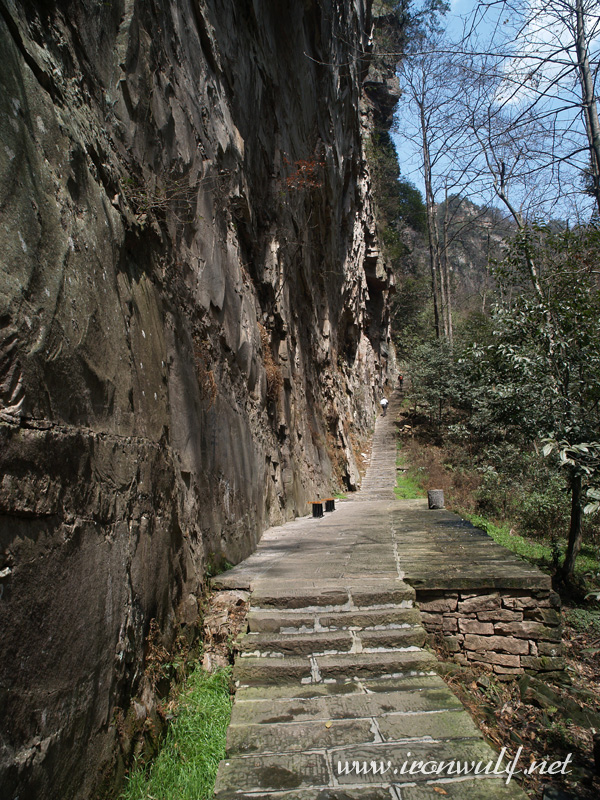 Thousands of steps to the forest of peaks

The police checked our credentials and all and asked us to stay at the checkpoint. The bus went on without us and we were stuck there for a while in the middle of nowhere. The Chinese Police were very diplomatic and were doing their jobs well. In fact they gave us back the money we spent for that supposedly 10 hour bus ride to the Valley. Shortly, they flagged a bus heading back to Chengdu and told the driver and conductor to take us back to the city. It was a bit disappointing at first since this place was one which we really looked forward in seeing. But thinking about it a few days after, they were just concerned with our safety. A few days ago we heard from local news that there was another riot up there in northern Sichuan. We’re just glad we weren’t there. 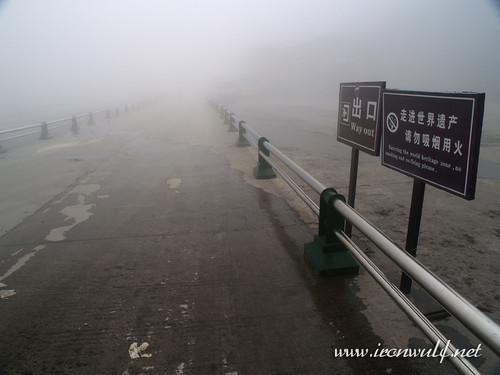 It was a disappointment at first, but that didn’t deter us. We made new plans and headed to a different direction since west China is closed. China is so huge a country there are a lot of places to explore. Now after numerous bus rides and transfers, two overnight hard seat train rides amidst Chinese, passing by four Chinese Provinces of Sichuan, Guizhou, Hunan and Guangdong. Visiting 4 UNESCO sites and other historical, cultural and natural wonders. After saving 18 gigabyte of files, I’m just overblown. It’s been a really great trip and am really excited to share them as soon as I get my bearing. Now it’s time to catch some well needed rest. Belated Happy Easter everyone.