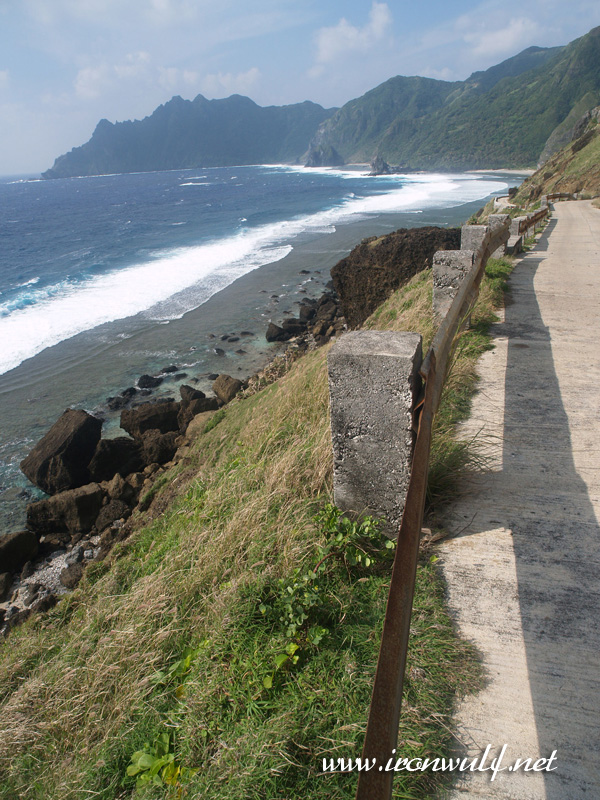 On the road to Chavayan

Ooops! I just realized I still have a lot of back log from my travels. So in between the China posts, I’ll be posting entries from those recent local travels as well. I thought it would add variety and hope not to cause confusion on continuity. This entry is another one of my favorite places in our country, Batanes. Same trip brought to you by the cool guys at Geiser Maclang and Epson Philippines. And probably one of the most memorable events as well. 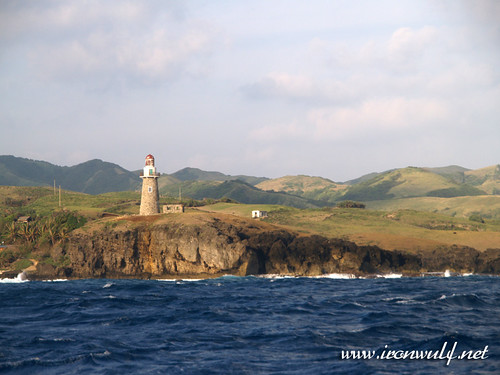 If you have seen the local movie Batanes with Iza Calzado and Ken Chu, most of the movie was shot here in Sabtang Island. Even though I find the movie good, especially with the indefinite ending, the title seems a bit off for me. I guess they should have entitled the movie “Sabtang” instead of “Batanes” because the movie somehow only scratched a fraction of what Batanes is all about. 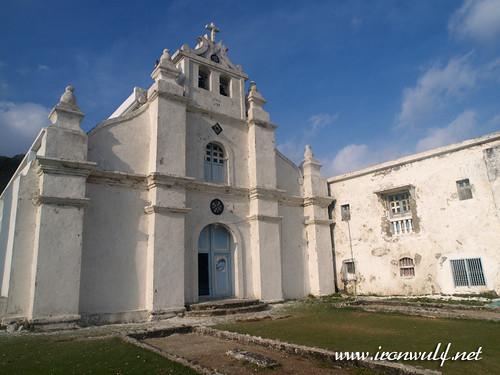 Sabtang Church near the port

There is so much to showcase here in my opinion that the scope of the movie is limiting. A lot of possible camera angles and also stories. Just because you have shown an island doesn’t mean you can generalize it as a whole place. In fact a lot of people haven’t even been to the largest of the 3 islands of Batanes which is Itbayat. 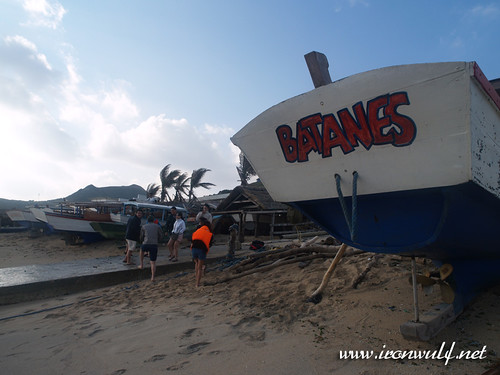 Not to belittle Sabtang, this small island may be one of the most charming of the three islands. It’s one of those places that is so near to Batan island but can be so far depending on the mood of the sea. There has been so many stories of people trapped in Sabtang, including mine. But once you have seen it, it is worth every bucks you spent flying from Manila to Batanes. 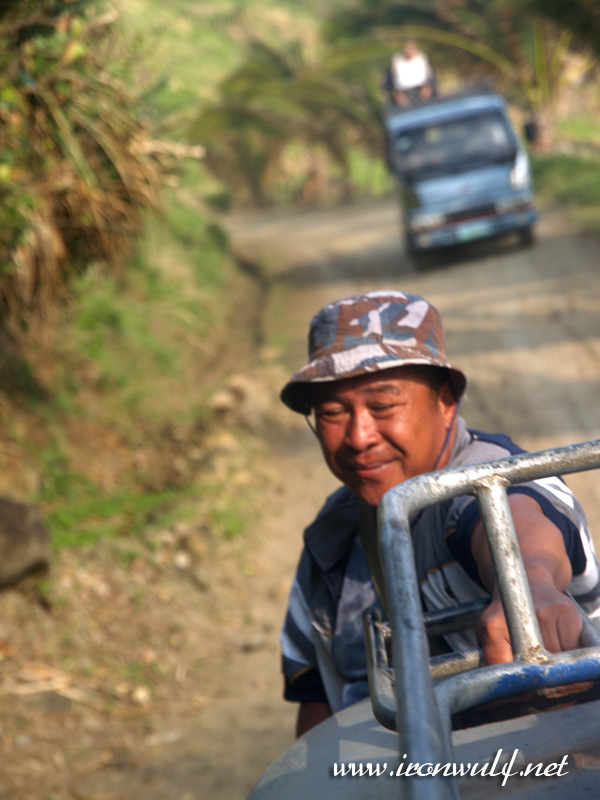 The Ivatans still hold some their superstitious belief at heart, and that includes beliefs while crossing the sea from Batan to Sabtang. In fact, our host at Batanes Seaside Lodge, (where also the staff and stars of the later Movie mentioned stayed) advises us to behave properly, not to shout while at sea. And another thing is to put on some perfume or anything of good scent before crossing the sea as it would bring you good luck on your journey. Some may just scoff at these ideas as ridiculous, but on the age of technology for that belief to persist may have some validity in them. 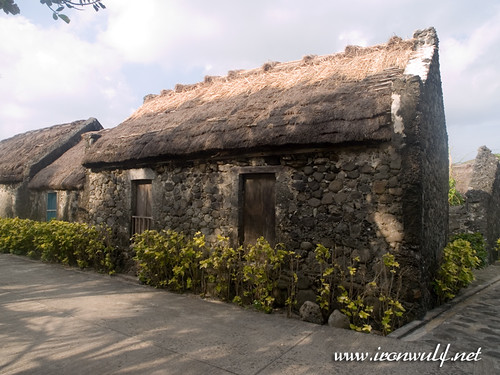 The day started very early for the group that day in order to catch the calm seas in the morning. Mang Roger, one of the popular guides here in Batanes, led us to a port in Ivana where a boat was waiting for us. All 20+ of us were required to wear our bright life vest and soon we headed off. 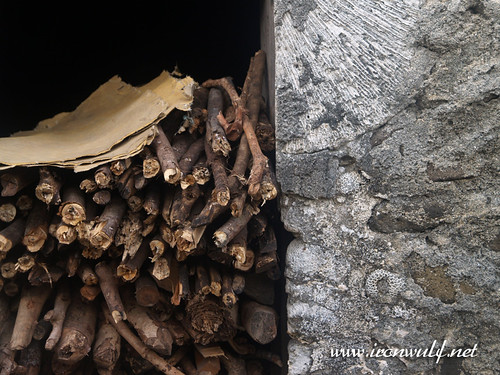 Wood and Stone, elements of the stone house

The ride, as expected was rough that time. It was like a deja vu having passed this waters again like nothing have changed. Swells rocking your boat and you feel like you’re on a low roller coaster ride for around 30 minutes while a few waves splashes by. The sight of the lighthouse as we approached the island was somehow comforting. It means we are near the island. For some reason I don’t remember seeing this lighthouse last time I was here. Is it new? I’m not sure. 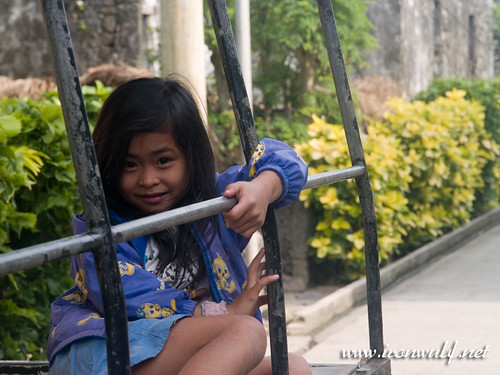 Soon we reached the shore of Sabtang, but it’s no time to relax. The waves were quite strong at that time that each one has to be very careful when alighting the boat. Since I was near the front, I was able to go down first and secure my things. Some has to be bodily carried to avoid the waves from reaching and also secure our so precious gears. I immediately walked towards some of the locals who seemed to be amused watching our clumsy spectacle of going down the boat. I chatted with the store owner by the port a little and she told me that soon the breakwaters would be finished. When that is done, it wouldn’t be that much hard docking on the island. They admit that they, the locals themselves are also having a hard time. 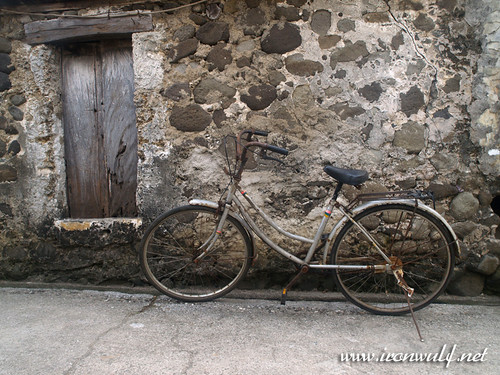 While the others are still going down, I went to check out the church and the place. I felt nostalgic all of a sudden. Two nights we were stranded here before. That police station where we have our things scattered on the table to dry out. Para kaming basang sisiw (we were like wet chicks) until the good people of Sabtang took care of us. The Church has been newly painted, and place quiet. perhaps because it was school day and most of the kids are in the classroom. 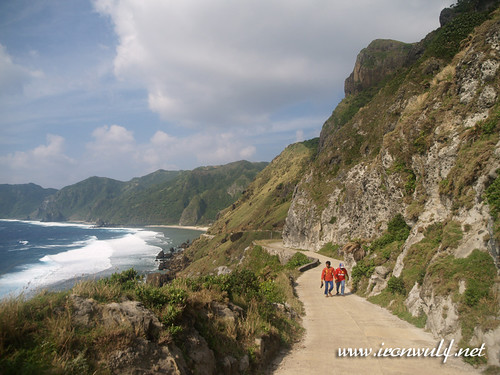 Chavayan We walk together

When everyone has settled we were ready to explore the island. I asked Mang Roger where we were headed first and I was elated to learn we were going down south up to Chavayan. We had 2 jeeps at our disposal and I decided to stay on the roof this time to better enjoy the scenery. 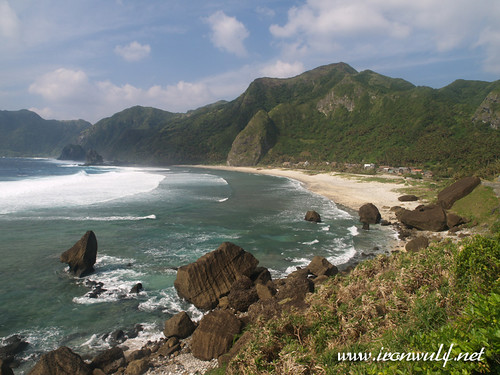 Chavayan Village cradled between the mountain and the sea

Our first stop is the impressive line of stone houses in Savidug. We spent a considerable time there admiring the stone houses and capturing some local colors. Then we moved on to what must be the most scenic road in the Philippines. The road to Chavayan. There was this scenic corner which opens to a breath taking view of the sea. From there I decided to walk down the road while they enjoy the view there. Just overwhelming! It never fails to captivate, and I really appreciate it more walking along this road. Shortly near the village of Chavayan, the jeep caught up and we headed to the village. 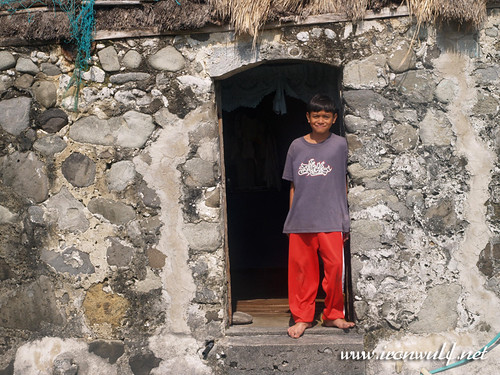 Chavayan Kid by the Door

Chavayan is such a beautiful village cradled between the tall mountains and the sea. Old stone houses neatly lined and intact and most importantly the warm local colors to greet us. It was so much fun being in this place that someday soon, I’ll have an extended stay here in Batanes just to explore every nook and cranny of this islands. Shortly we had to head back for lunch since we had to leave the island around 2pm to avoid the rough waves. 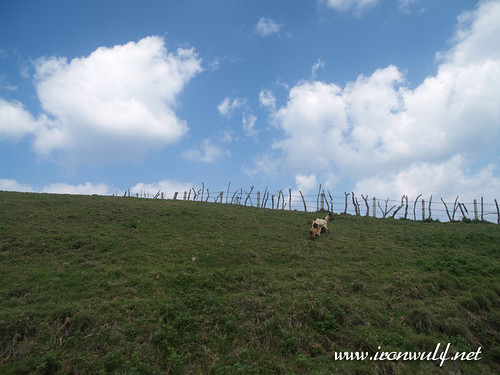 We were scheduled to have lunch but before I headed of to eat, I went back to the house which was our temporary home before. I knocked but there was no one answering. Shortly a school teacher called my attention and told me she’s in a class. I went to the school and asked if I can talk to Mrs Edith C for a short while. She’s a fisheries teacher there, teaching livelihood to children through canning and making products out of fishes. There was a confused look at her face at first then I told her I was one of those they took care before and everything came back to here. She pressed my shoulders hard and seemed really excited about it. She told me she still remembered the four of us and we caught up on what’s happening. She told us we are still very welcome to stay in their house anytime we came back. One reason I also wanted to come back here was to thank her and her husband. I brought her a simple gift which hopefully she liked. Shortly I said good bye and said one day we’ll be back. 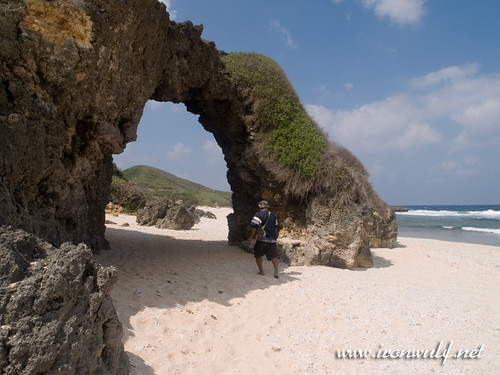 I finally got to taste a coconut crab which I told Mang Roger I’m crazily looking forward to eat. A coconut crab is a crab which doesn’t live on water. It lives underground and feeds through coconut roots. Cooked it has a slight taste of coconut as well. Shortly we took a small time on Nakanmuan’s White Beach where the famous Batanes Natural Arc can be found. We didn’t stay long as we had to go back. 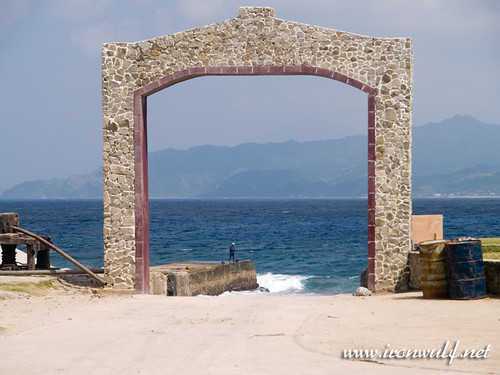 Sabtang Arc at the Port with Batan Island Across

Going back may be one of the most memorable time here in Sabtang for most of us. You can read more about it in Karl and Markku’s entries. To make it short. I thought we were gonna be capsized again. Our boat had a hard time going to the sea because of the strong waves pushing us back in the island. It took more that 40 minutes for our boat to face the sea. Then the guys remembered what our host said, most of us started to put perfume and baby scents on ourselves and it must have been a coincidence we finally got our boat to face the sea. But it isn’t over. A large wave pummeled our boat to go a 45 degree angle then splash down. And while it hasn’t recovered yet another large wave caught us off guard. For a moment it felt like we were inside a scene of a movie. I was seated at the back of the boat and everything in front of me turned white! We were splashed in. As soon as the wave had cleared. The pilot signaled his men to remove the water on the boat as it could kill the engine. Pail after pail was removed and soon everything went ok. Everyone was glad we were alright. And I must commend the skillful pilot and crew for a job well done. It was funny that on our way back after that great splash the water was calmer. Oh Sabtang, how playful you are.