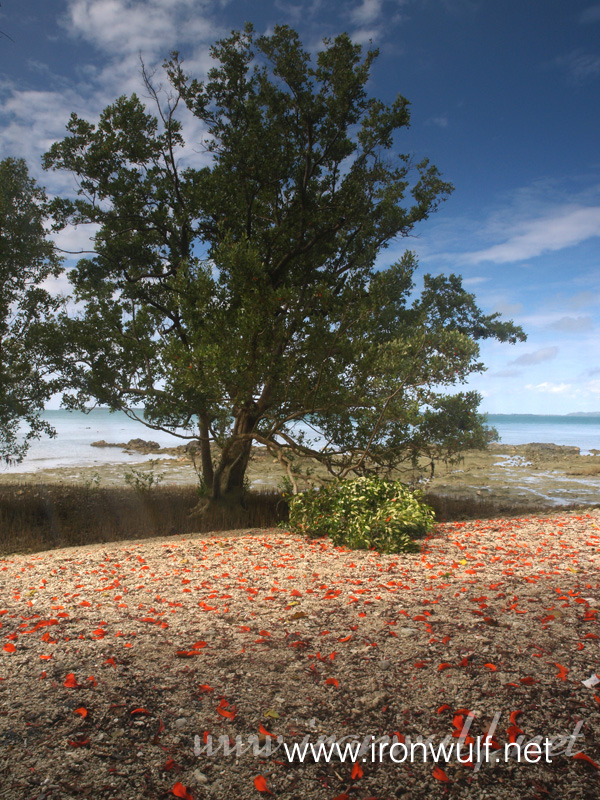 Have you ever tried staying in an enchanted isle before? A place where people believe elemental spirits dwell on a Castle Tignaman Tree, UFOs usually stops by on a certain schedule, where a white lady would shower at night to enamor its chosen prey. These are the stories of old people from Guimaras tell of the island known as Nagarao. Whether these stories are true or not, I assure you, the natural beauty of this island will captivate those who step on its shores. 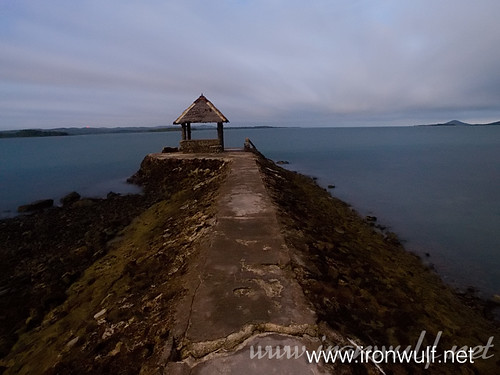 Nagarao Island is part of a cluster of islands located down south of Guimaras off the shore of the towns San Isidro and Sabang. To get there from Iloilo, we took a regular ferry going to Guimaras for 11 PHP each. Boat ride is short, probably around 20 minutes. And since Nagarao is on the other side of the island we hired a multi cab for 600 PHP going to Sabang. The ride took more than an hour, passing by several town, along with rough and dusty roads. 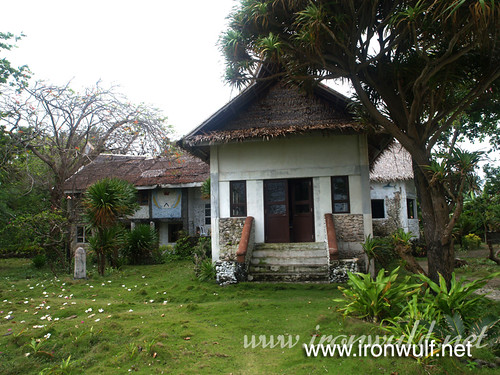 When we got to Sabang, we hired a small boat there for 700 Php which can carry 5-6 people including the boatman back and forth the island. Before, the usual jump off is at San Isidro, but at that time, that port is not operational. And with the weather at that time being windy with occasional showers, I have a guess this would be a very rough ride. Our boatman made sure we secured and waterproofed all our stuff. 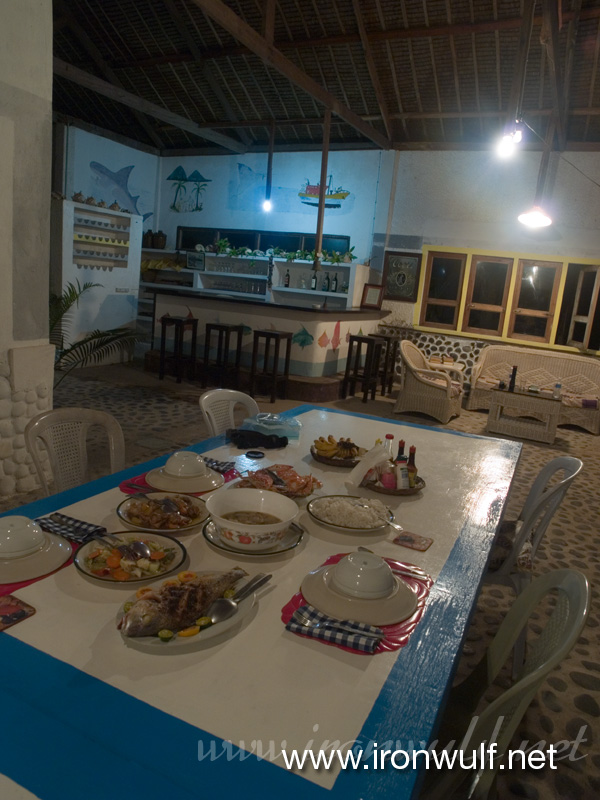 The ride indeed, as expected was rough. I was front of the boat and was a direct hit for incoming splashes. The ride was supposed to take only 45minutes to an hour but for some reason our boat stopped several times in the middle of the ride. Our boatman told us that there was water in the carburetor which made the machine stop. It seemed like a long boat ride because the island is just in front of us. If I could only swim my way there. So after several burst and stops, we did reach the island only to be welcomed by the rain. 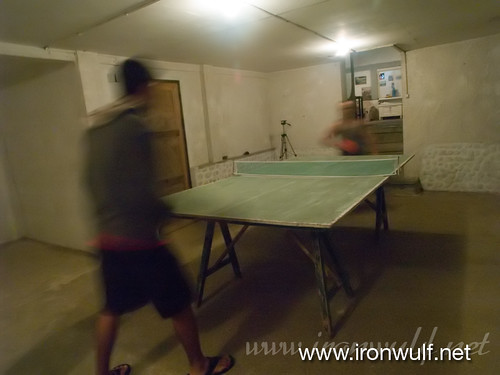 Even with the rain and the somber mood covering the island, the desolate atmosphere upon arriving as if there is no one in the island, the sense of isolation in being in a far away place, the island’s landscape would call you forth to discover what it has. The island was windswept, the trees scenically swaying along with the wind. It was a calming sight which bodes one to just sleep that lazy afternoon. Which most of us did after arranging our cottages with the head staff there Ms Emily. Cottages cost here 1500 up depending on the season. 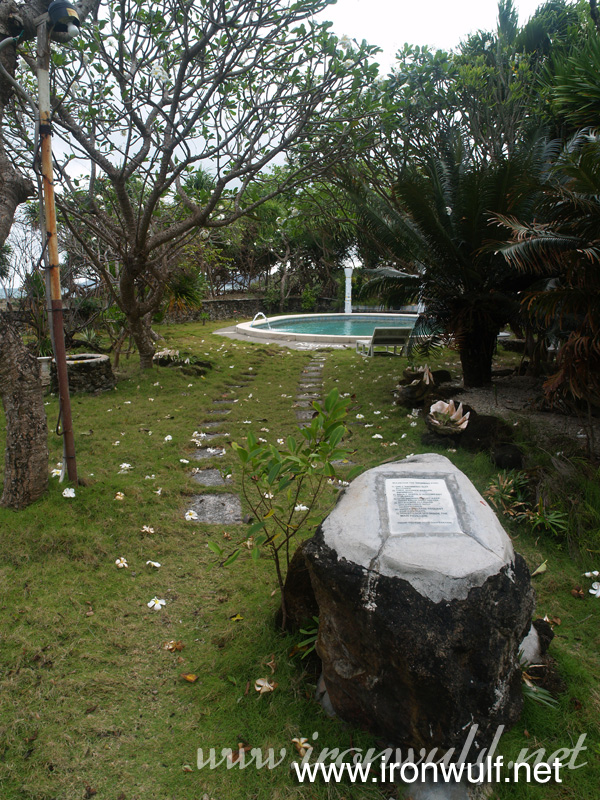 The rain continued on in the evening. After that afternoon nap, we had our dinner at the restaurant. I love their restaurant. It’s like an old European house with nice warm color patterns on the old wall. Dinner was 250 per person but it was all worth it with a bunch of Fresh Seafoods, Chicken and some fruits. Really sumptuous meal. And since it was still raining, we decided to have a set of Table Tennis game there. It was Team Nikon (Oggie and Erick) against Team Olympus (Me), and guess who was the winner of the night? Me! Hahaha! Rematch ba guys? Joke 😛 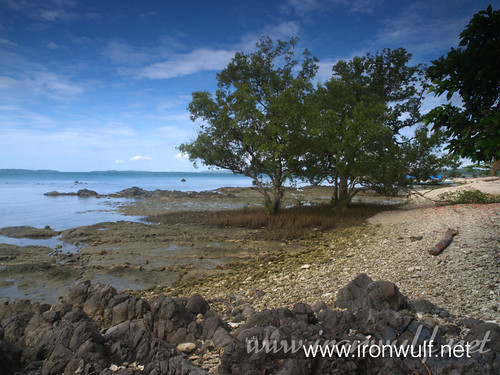 The rain stopped close to midnight, since none was really feeling sleepy, we went out to the shores hoping to shoot the night. It was cloudy, there were no stars, but we still shoot. The moon did get out eventually spreading its thin light on the island. The island has no electricity at night except for a small amount of energy from the solar powered generators. 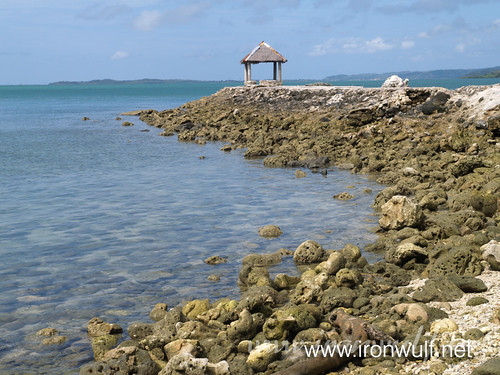 Gazebo on the rocks

Wanting to shoot in the morning, I did wake up but it was all boring blue outside with no golden light at the golden hours. So I just slept again. Breakfast which cost 150 PHP per head had some rice, eggs and fish and some leftovers last night. We met a German couple who were having a vacation there. Aside from them, us, and the resort staff, there were no one else on the island. Most of the visitors here are foreigners and they do have regulars on certain seasons. 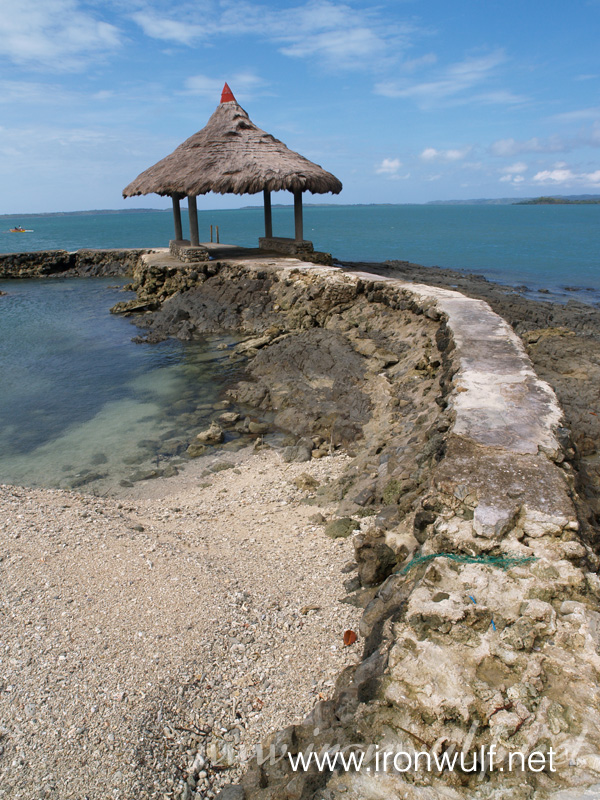 The sun did shine and blue skies finally showed up mid morning after breakfast so got to explore the island. There were some interesting trails cutting through the island. Reminds me of Pandan island in Occidental Mindoro. It seems we have only seen on side of the island because the other side has a very rugged but beautiful landscape that I’m sure lots of landscape photographers would feast upon. There’s a tree there by the shore which had read leaves. Very uncommon to see by the beach so I enjoyed shooting that as well. 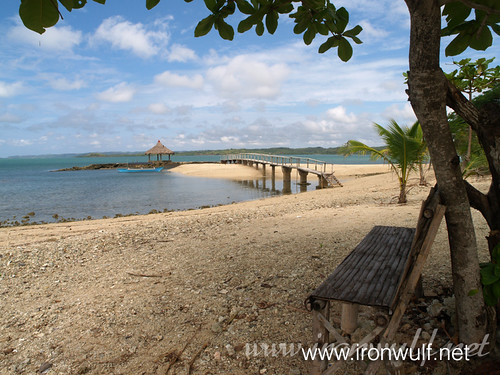 A place to take a rest

Having seen the island in light, I wish I could have stayed here longer. Early 2007, this Island was one of the major hits of the Guimaras Oil Spill, and its great that it managed to recover despite that. I have yet to see the sea beds and the corals though. Maybe next time if I visit Guimaras again, I’ll allot a day or two in this tiny enchanted island. On our way back, despite the weather being sunny and bright, the sea was rough still. But this time the boat didn’t stop. I didn’t get experience any of those stories those people told at the start. Perhaps there wasn’t enough time there, but I’m sure I will be back one of these days.