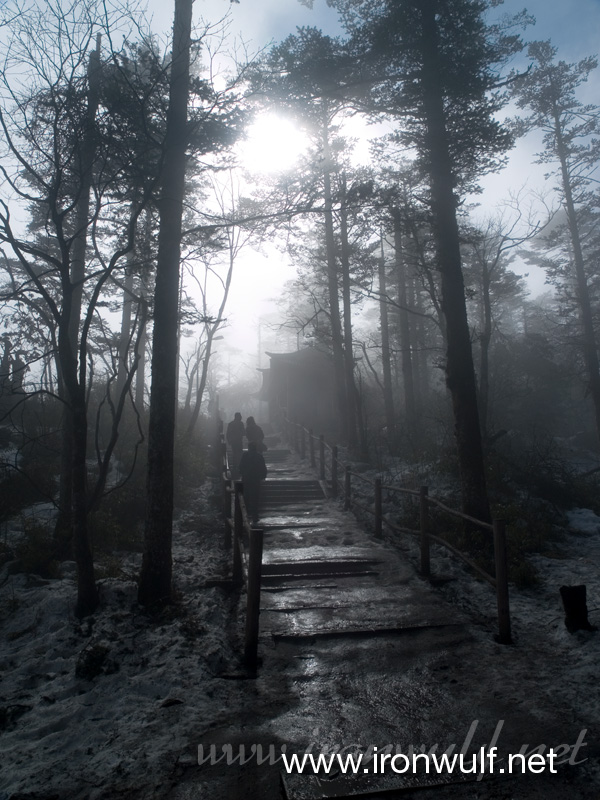 Emeishan (Mt Emei, Mt O-mei or Emei Shan 峨嵋山 ) is one of the Four Sacred Mountains of Buddhism in China. Located in Sichuan Province, South West of China, it shares its UNESCO World Heritage Site designation with Leshan’s Giant Buddha. Standing at 3,099m above sea level, it boasts of breath taking views, mysterious natural wonders and historical Buddhist Sites which makes it one of China’s popular tourist destination. And this morning we start our ascent to this sacred mountain. 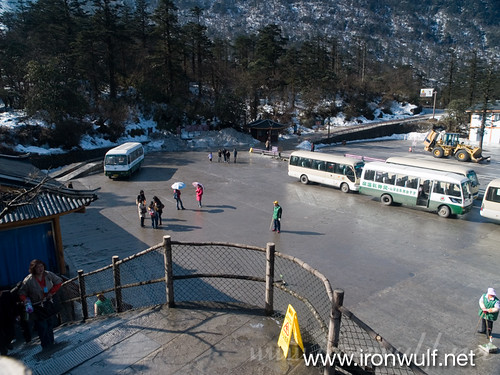 It was a really cold morning at Emeishan City that day. One thing I noticed in this part of China, even with the same Time Zone (GMT +8) as ours, the sun rises and sets an hour later. So even if it was around 6:30am here, it feels like around 5:30 am in the Philippines. We woke up much earlier today to get to the mountain as earlier as possible and also to check out from the hotel. I told my friend to take care of checking out while I go to the nearby Baogou Bus Station to buy the bus tickets. 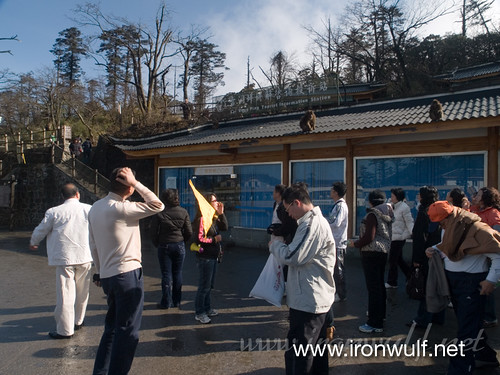 As soon as I got outside, I felt the cold morning air brush the sides of my cheeks making it feel thick from the cold. I was wearing my fleece jacket under my Mt Logan Columbia Jacket to keep me warm. When I got there, the Baogou Bus Station was still closed and would open around 7am. That’s just a few minutes away so I stayed there for a while. Aside from being the bus station in the city, the place also serves as a tourist center. So information about tours and climbing Emeishan can be inquired here. 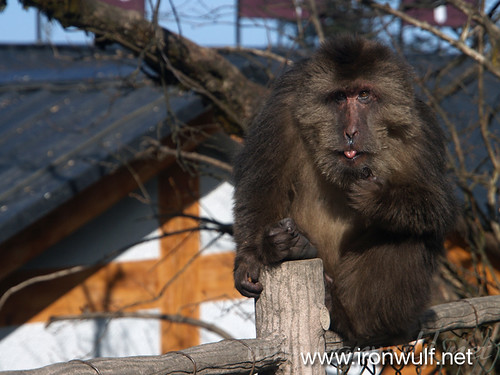 When the Bus Station opened I was thinking how I would buy the ticket without being able to speak Chinese. I remembered there were already a price and destination written on the glass window of the counters, so when I got there, I simply pointed where I was going and signaled a “V” or two with my fingers to the lady at the counter. She seemed to understand that, then she spoke in Chinese which caught me off guard “I’m sorry! Can you speak in English?” I saw a small frown on her face then she tapped her companion cashier beside her who seemed to know the language. It turns out, she was asking if I already have Park Tickets and would like to buy one. Ahh. Okay. I told her that I would have to buy them as well then. I paid them RMB 70/pax for the round trip bus Tickets and RMB 120/pax for the Park Tickets. I left the counter a little proud of myself that I was able to buy tickets in China. Well that’s a start 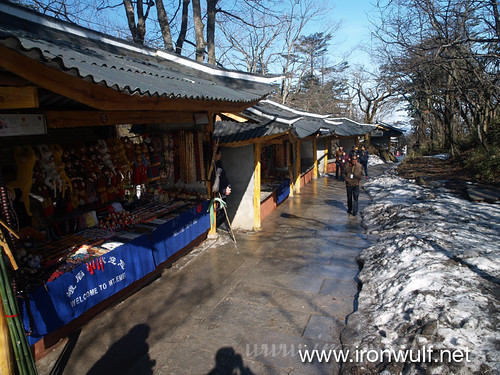 Back at Li Min Hotel, when we were checking out, one of the Hotel Staff told us to pay for a dirty towel on the floor. “What?!” Was my surprised reaction. At times in some hotels, I make one of the bathroom towels as mats on the floor if there were none, and I never ever paid for them. Just because it’s dirty and it’s on the floor we have to pay for that? Isn’t it their job to wash those towels after? Geesh. I really hate this place. Anyway we paid RMB 5 just to get out of there and end the discussion. 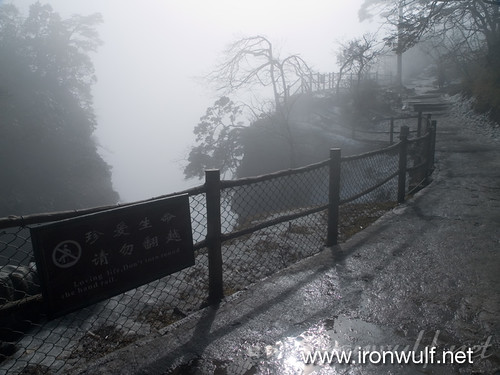 Just at the other side of Baogou Bus Station is Teddy Bear Hotel. This was originally where we plan to lodge in. We spoke to Andy, one of the owner of the place last night and he was very accommodating and knows how to speak English. We checked in at one of the regular double rooms there for only RMB 100 per room. As soon as we settled our stuff we headed to the bus station as the first bus will leave at 8:00am. 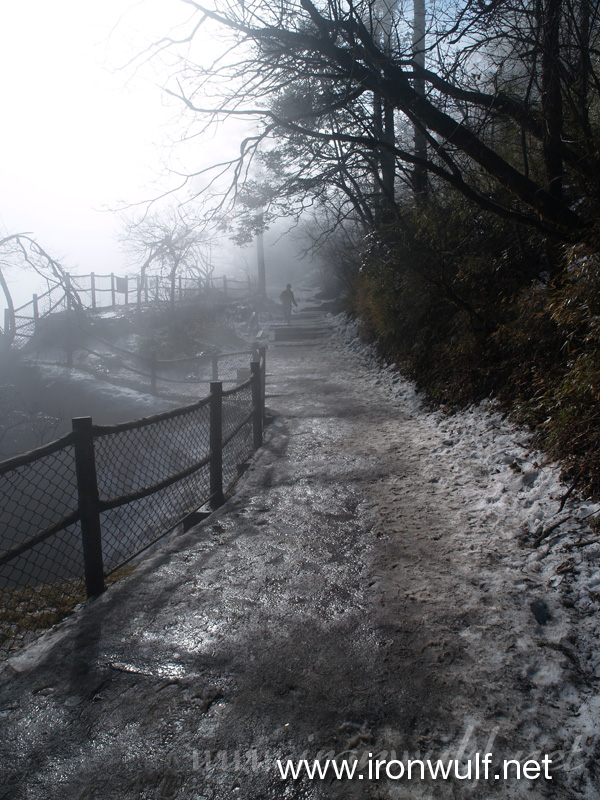 What I liked here in China is most of the time, people keep to their schedules. If they said they leave at 8am, whether or not the bus is full, they leave at that time. So by 8am the bus drove to the first Consultation Center at the foot of the mountain of Emei. There, the bus filled up with a couple of Local Chinese Tour Groups. So during the ride, one of the tour guides would stand on the aisle of the bus and would explain somethings which may be about Emieshan itself. As interesting it may sound, It’s all Chinese to me so I just stared outside the window and enjoyed the view as the bus makes its way up the mountain. My friend said after that the guides where just repeating the same stuff you would read on a guidebook. 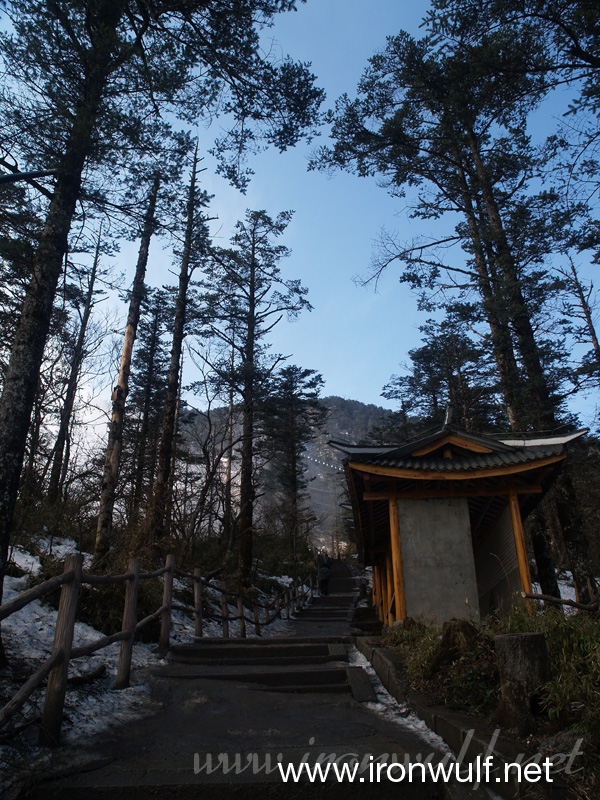 On the way up to cable car Station

I think it took at least an hour to reach the last Bus Station, the Leidongpin Consultation Center (2430m). Originally, there are two ways to climb the summit of the mountain. One is to hike from the trail point below which can take two to three days going up and down and staying along the Buddhist Temples along the way. Alternatively if you are short on time, you could take the bus like we did and then a cable car up towards the summit. The last one is convenient, but you also have to deal with a number Flag-Toting Local Tourist Groups there. 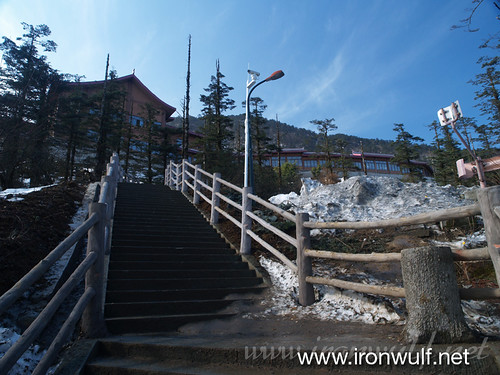 We took our breakfast first and I came to enjoy the view of the place. It’s the first time for me to climb a mountain with a snow so I really enjoyed the place. We also encountered some mischievous Macaques there. These monkeys can take some food and stuff from you if you are not careful. So better stay away from them. When we moved on, we passed by several souvenir stalls first. Then a series of stairs. 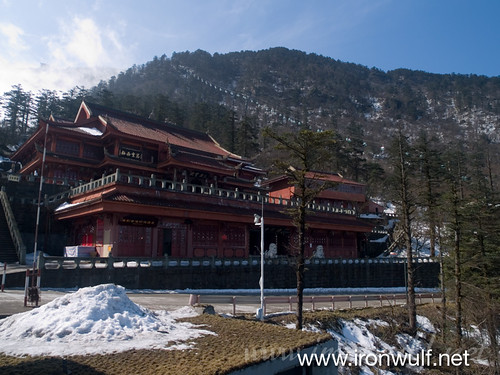 I really love the cold climate and the climb. And those passing clouds which makes the trail foggy was really wonderful as well. The snow as beautiful and scenic as it may seem looks great, but it isn’t really as fun when you start slipping from the frozen snow residues along the way. 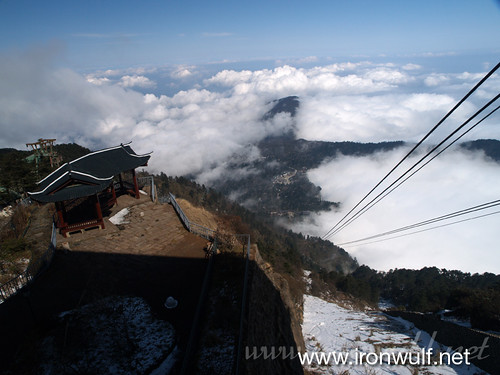 The hike from the Bus Station to Jeiyan Hall (2540m) where the nearby Cable Car ride took about 30 minutes or more. The Jeiyin Hall looks like an interesting structure among the melting snow and the mountains. There is a RMB 40 Cable Car Fare going up from there. There wasn’t much to see going up as there were very thick clouds along the way. Once we got to the Cable Car Station, the view was already short of spectacular. We were above the clouds now and we still have a few minutes walk before we actually reach the mountain summit.