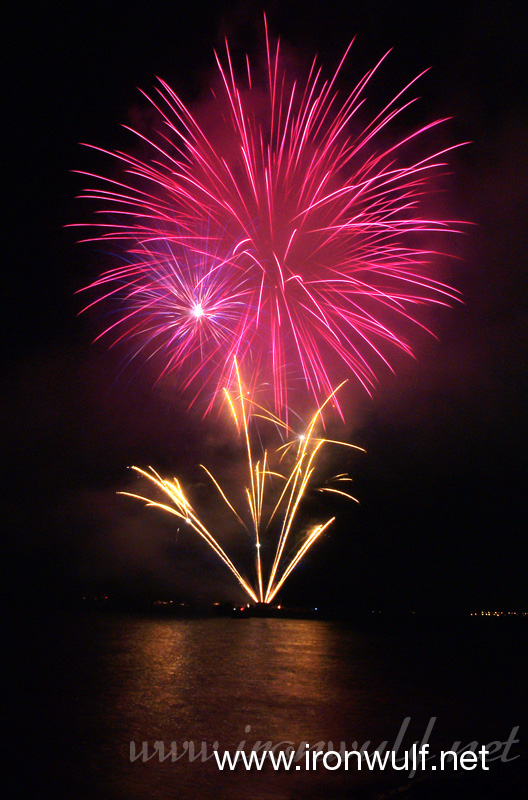 Before I write about the Opening night of my “Living By Water” exhibit, let me out this one first. Actually I’m still waiting for the photos to post for that night. But it was a really pleasant opening and very thankful to the attendees. The World Pyro Olympics is one visual sensory feast a lot of people in Manila are looking forward to. I was able to attend a night during last year’s Pyro Olympics and enjoyed the fireworks display that I was looking forward to this one as well. It was real funny that the date has been moved more than 3 times until it finally settled this month of May. 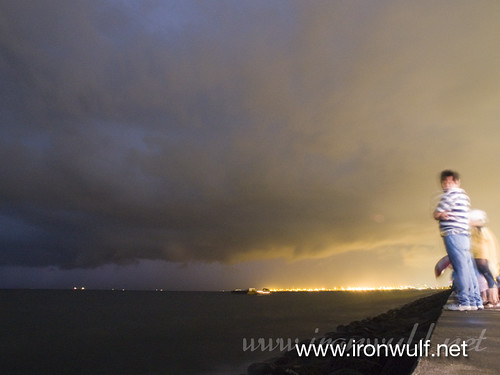 The World Pyro Olympics is held at the esplanade section at SM Mall of Asia. Ticket prices enetering the barred area is 150 PHP and there’s also the special section which I think is Php 1000. I wouldn’t spend much on the 1000 section since the fireworks is big enough to be seen on different angles. And if you’re witty enough, you can even get to see if for free on a good angle. 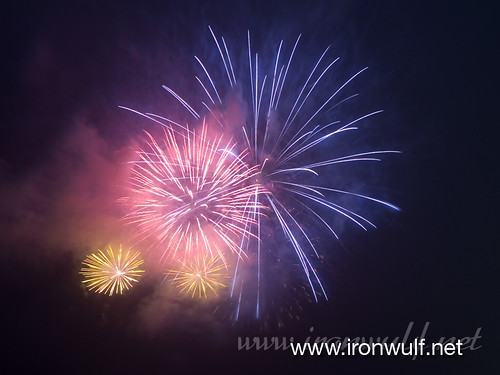 Oggie and I was already there by 5:30 pm but we did some rounds at the parking area trying to find a nice open space. Yes we did pay for the tickets but we ended up on a section good enough to get some foreground view along with the fireworks. We were at the left wing of the esplanade when facing the Manila Bay from MOA. 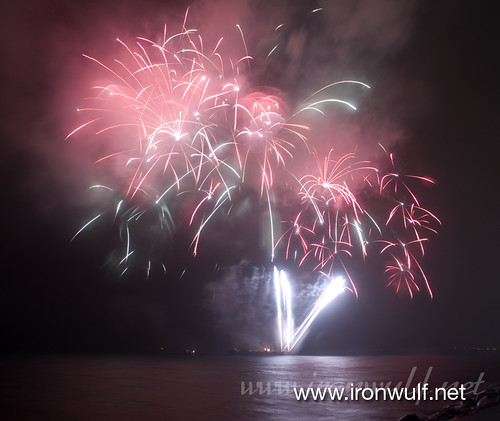 Funny thing here is I didn’t bring my tripod which is one thing you wouldn’t want to do when shooting this event. Good thing Oggie has his ever reliable GorrillaPod to use. It was amusing to use it actually. I just have to do some test shots first to see if I framed the view right before setting it on the ground. 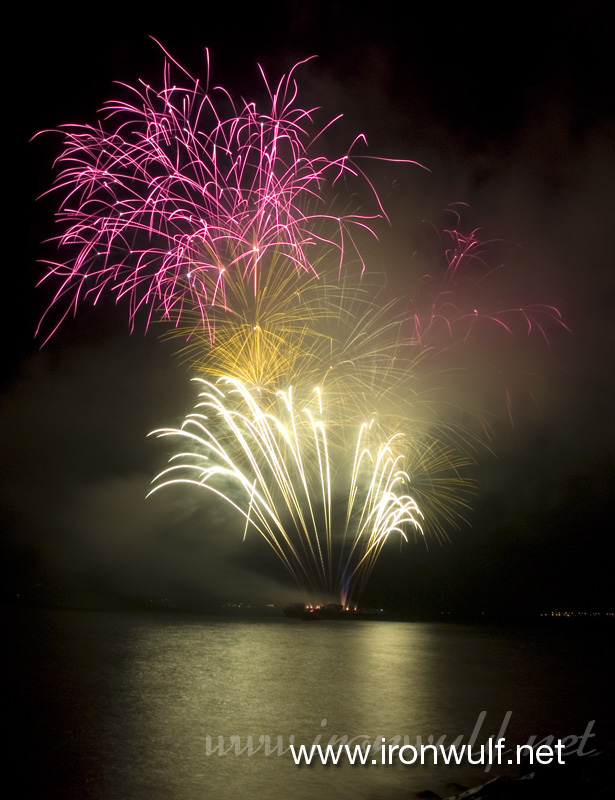 As it seems, rain has been a frequent visitor every late afternoon these days and that Saturday was no exception. Around 7pm, heavy thunderstorms poured in on the venue. People were wondering if the Pyro Olympics would push through. And despite the heavy rain, a green fire rocketed up the sky signaling Canada’s start of the show. 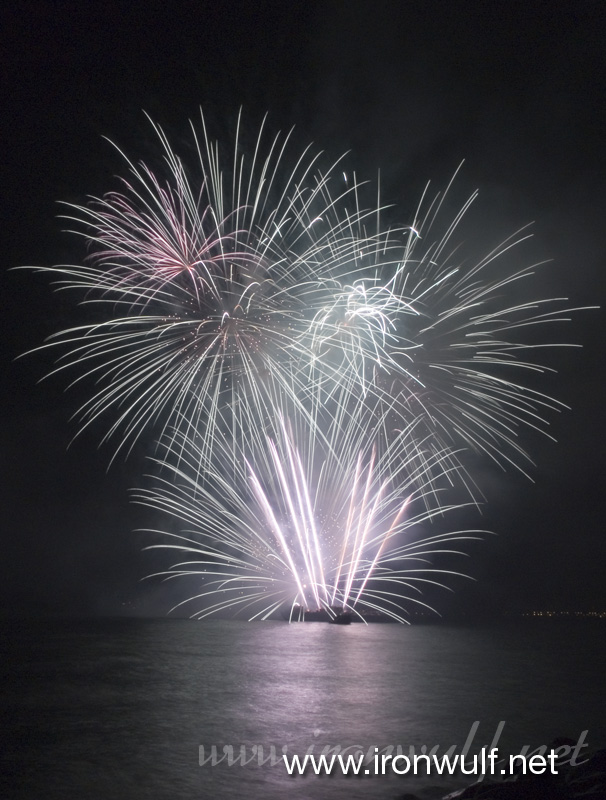 Not thinking much about the rain, we ran towards the breakwater and placed my gorrillapod equipped camera and an umbrella raised high at the breakwaters. My 6+ years old umbrella needs replacing because even from the inside, water was dripping through. And through out the whole 10 minutes or so of the fireworks display, I’m already getting drenched. So rain or shine, the Pyro Olympics will go on. It was actually more interesting to shoot at this times since smoke easily dissolves under the rain and the dramatic lightning at the background plays along with the fireworks display. 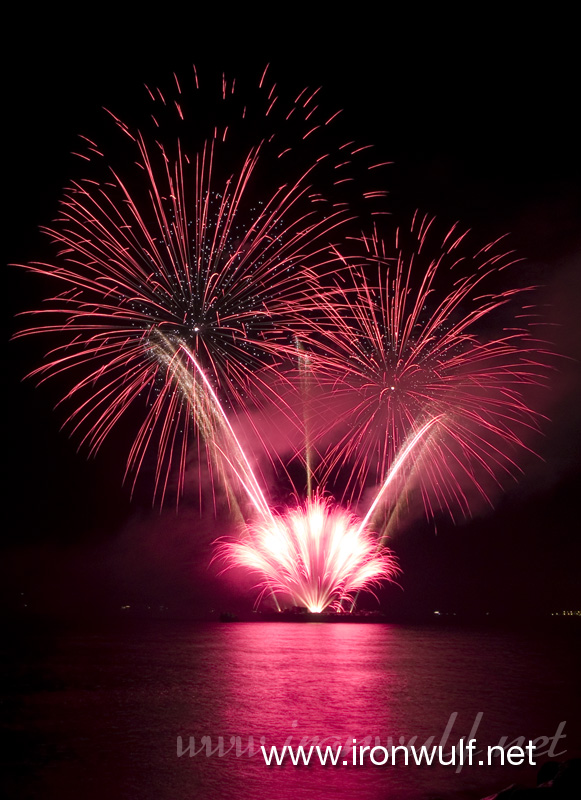 The rain passed by already when France started as the 2nd display. This time we were able to setup readily and I think I got more decent shots this time using my Remote Control and doing manual count while in bulb mode and an aperture of f8-11. As for the Fireworks display, I found Canada having more engaging, dynamic, and colorful routine throughout their display. France is a bit more conservative in approach, trying to build momentum using low fountain display at first to a large monochromatic display at the end. Though it’s good, it tends to get boring. If they spread out the more exciting display throughout their routine, it would be better. So my winner for that night is Canada. 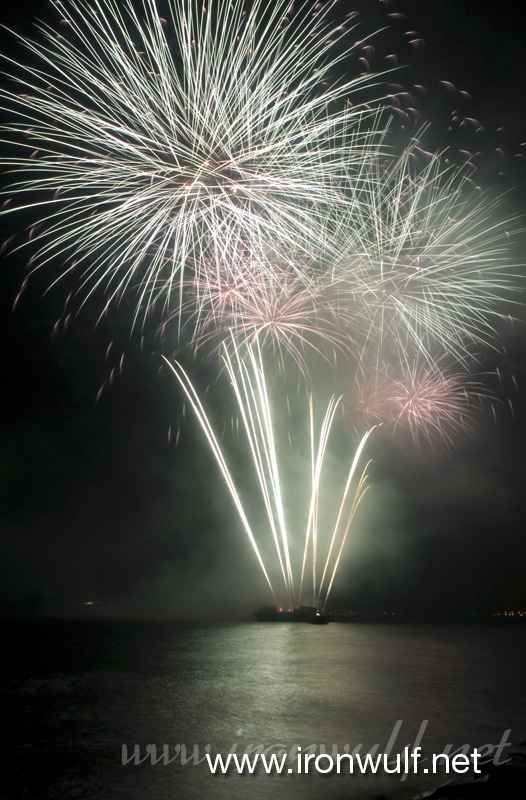 After the event it was time to find food! Was great to accidentally meet up with one of the younger photography talents of our time, Joel Garcia who won last year’s Canon Marathon and got to visit one of my dream destinations, Japan. Also met up with one of my Iloilo travel buddy Erick and his friend Deo who also shot the fireworks display. 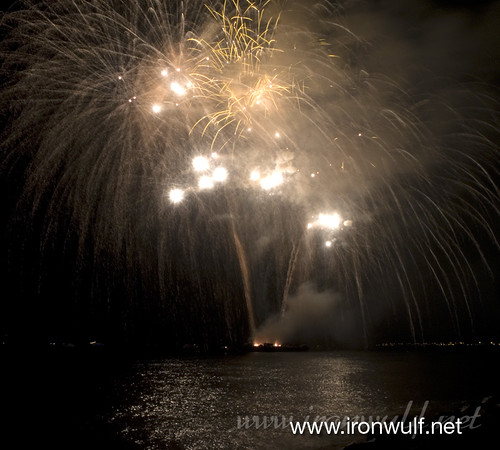 All in all, it was a nice evening. So remember, rain or shine, the World Pyro Olympics display continues. Try to grab some snacks while palying the waiting game. You wouldn’t want to be anywhere else when it suddenly starts. There are two more weeks to catch the event.