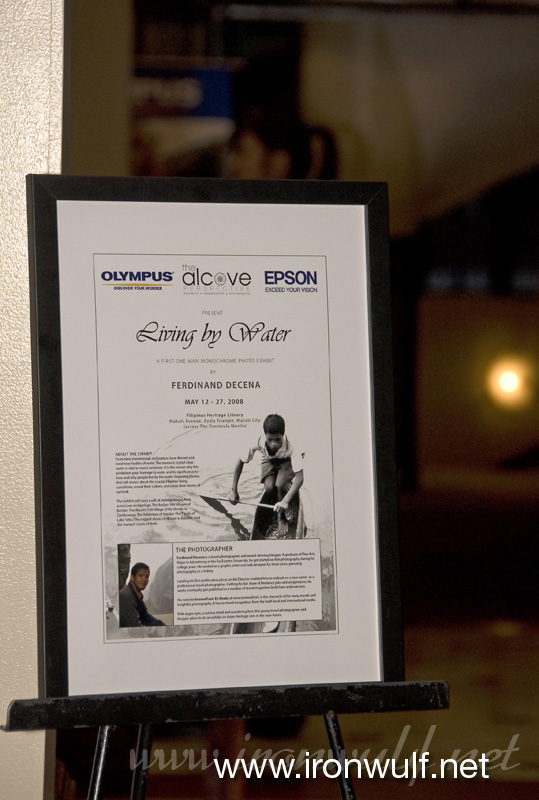 I never really expected to have an exhibit. But when opportunity comes knocking at your door, you have to be ready to accept and act on it. So I did. When Alcove Perspective, opened themselves for exhibit proposals early this year, I sent 5 4R photos samples and a concept proposal. In truth I was just trying my luck. With a lot of great photographers out there, I thought that I may have a slim chance on passing through their screening committee, but I just had to try or I may regret not having. Besides, I got nothing to loose as well. A couple of days later, I got an email that my exhibit proposal was accepted. I was ecstatic. I mean, who would have thought. 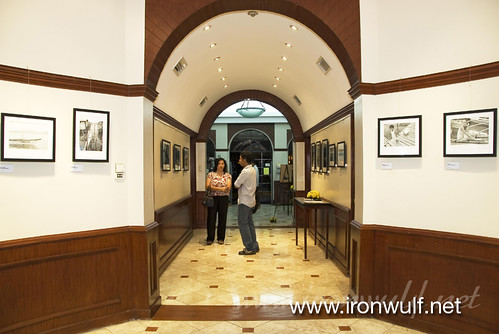 The Alcove Gallery and Entrance

The Alcove Perspective, housed at the Nielsen Tower in Ayala Triangle, one of the Philippine’s UNESCO Heritage Awarded structure is also home to the Ayala Foundation. It is considered as a photography center as well with galleries and workshops being held there. So having the Alcove as a venue for my first exhibit was overwhelming and somehow put a bit pressure on me. And as the date of the exhibit approaches I realized there were still a lot of work to be done. 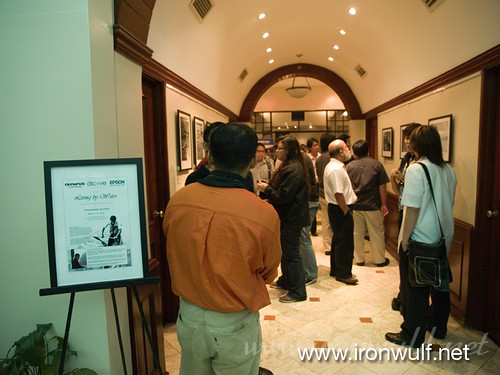 Being part of the Batanes trip last February was also a streak of luck since I was able to have a contact with Epson Philippines. I asked them if they could print my works and they were very supportive. They have sponsored a number exhibits as well. And most photographers trust the quality of their prints. Still, I have to send my works to be exhibited to them and be approved first. They have to check the quality and resolution of the images for them to have good quality print output. Again, I was glad to learn I that went well too.

Another company I approached was Axis Global, the distributor of Olympus Digital Cameras here in the Philippines since that is the camera brand I used in most of my shoots. I was able to meet with them a bit later but they were also very nice people to talk with and supports their user base here very well. 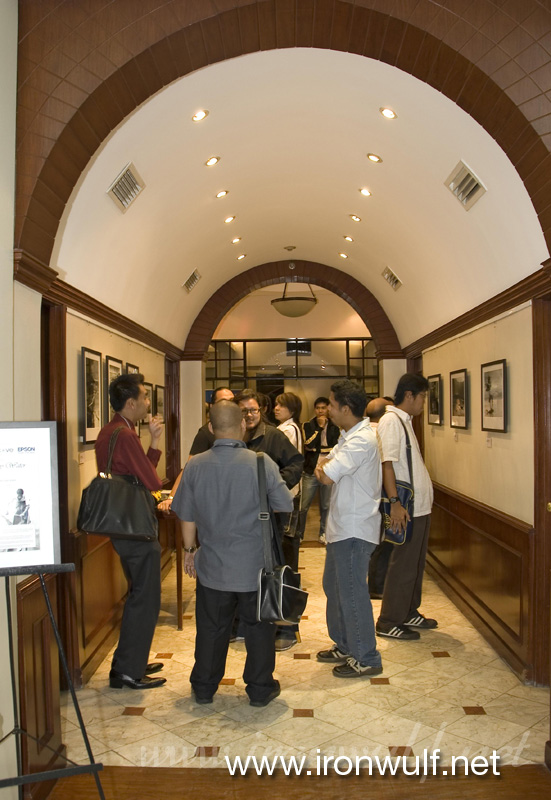 Presentation is also vital in this exhibit. I think the pinnacle of every photos is finding itself on print. It’s different when you see your works printed and framed. I was glad that I was pointed to FrameLogic, owned and operated by couple Raymond and Lina Ongcal. Aside from the frame itself, Sir Mon has strict standards as well and has an eye for photography since he frames the works of the prestigious club members of CCP (Camera Club of the Philippines). And aside from the framing service, I also got heaps of advise from him that has been really helpful in my preparation for this. 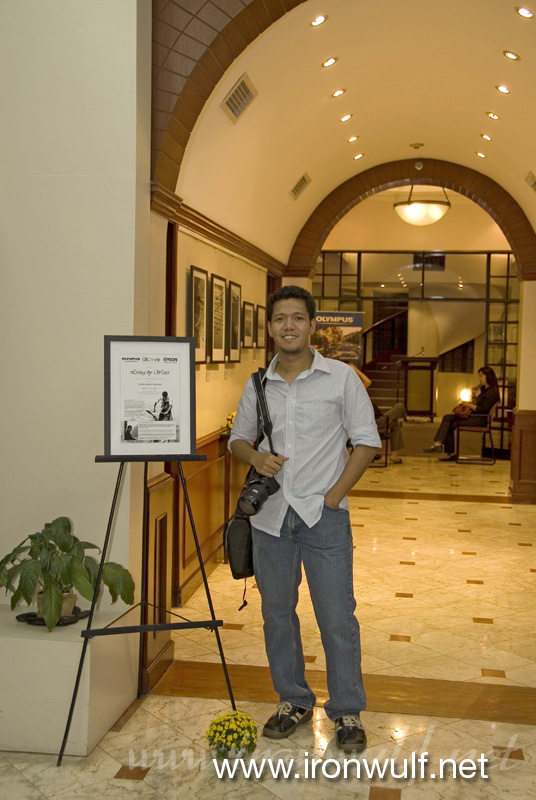 My sincerest thanks for making this exhibit a success

Staging an exhibit was a huge learning experience for me and I never thought there was a quite a bit work entailed behind all this. Of course I couldn’t have done this preparation by myself, My friend Oggie, has been a big help as well behind all the preparation. My friend Ellen, who also have various contacts helped me as well. The Philippine blogging community also played a big part in spreading the word so my heartful thanks to all those who were kind enough to post an entry about this exhibit by a fellow blogger.

The opening night last May 12, 2008 was a success. I tried to make this opening a bit informal and simple as I can that’s why I didn’t prepare much in terms of speech. I think if I had thought it though, what I wrote here would be my speech for that night. For those who attended the opening despite being a Monday and there was a transport strike I think that time, many many thanks!

Fellow photographers there were Oggie, Erick, Joel Garcia with friends and Jeff, an aspiring photographer who I first met there who just found out about the exhibit. Sir Ongcal of FrameLogic

A climbing buddy, Ruby, with college friend Aries and their officemates at DIWA Publications.

Also my fellow officemates at EMCI.

My Cousin Stella and her friend. And also my friend at my very first job after college, Millie. If there’s anyone I missed, thank you as well.

Of course I won’t forget my family whose in full support in any of my endeavors as well as the man upstairs for all the blessings.

Once again, thank yous goes to sponsors Epson Philippines and Olympus Philippines. Olympus has an ongoing roadshow at SM Megamall right now until May 21. They have units and lenses you can test out and see if it fits your shooting style. FrameLogic can be reached here via their numbers 844-0480, 8440262 and 8872108. Ceceill Cruz of the Alcove Perspective for all the help in the exhibit preparation.