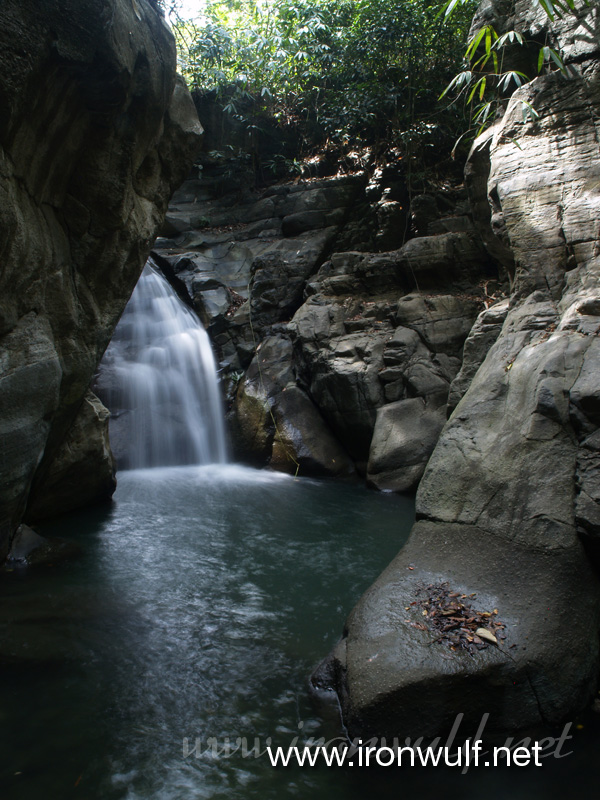 With an afternoon to spare in Miagao town after shooting the Miagao Church, we decided to head farther at the town of Dalije to check out the Bugsukan Falls. With none of us really familiar with the place it was a fortunate accident that we bumped into Carlito a local of Miagao who helped us to find this not-so-hidden falls in Iloilo. 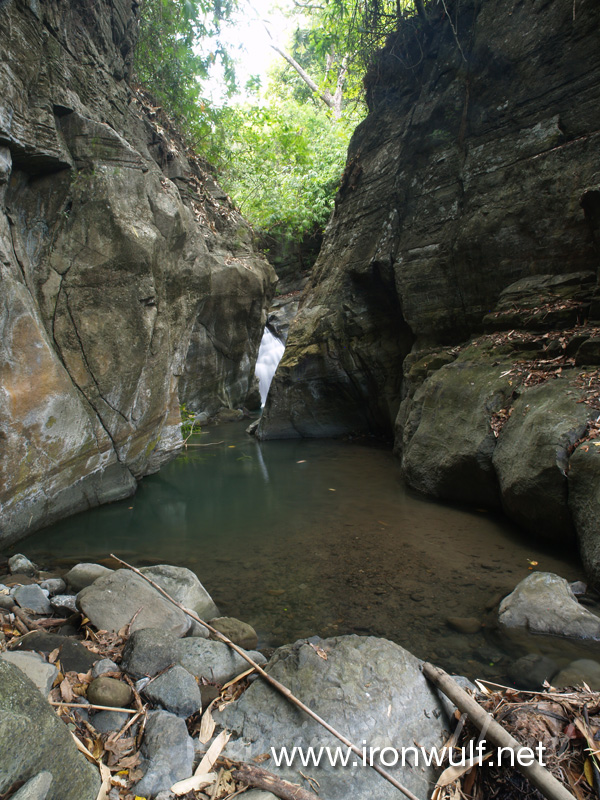 View of the hidden Bugsukan Falls

We got two motorbikes which costs us Php 300 one way. It was the fastest and easiest way going to the falls since there are no regular transpo going there. From Miagao town, it’s almost an hour ride ascending the mountainous terrain of Iloilo. The ride was rough and bumpy as we go higher into the mountains. 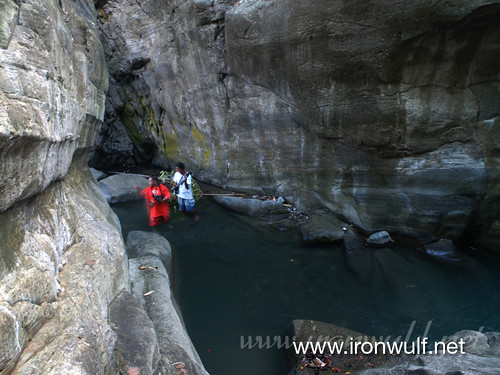 We stopped on the jump-off point where we had to hike about 20-30 minutes to reach the actual falls. We passed by some terraces, rice fields and unpaved trails. If it were us alone I think this place would be a lot difficult to find. Carlito, our guide has this uncanny ability to sense water sources. he’s a human dowsing rod. 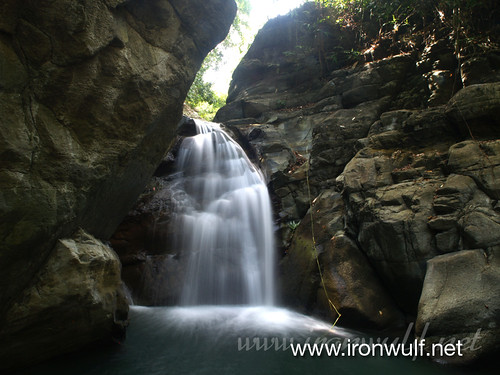 After roughing it out at the trail, we did reach the falls. What we saw first was this aquamarine green pool of water. It looks nice but I was looking for the actual falls itself. We found out that the main falls cascade is hidden on the other side of a crevice which we had to traverse. 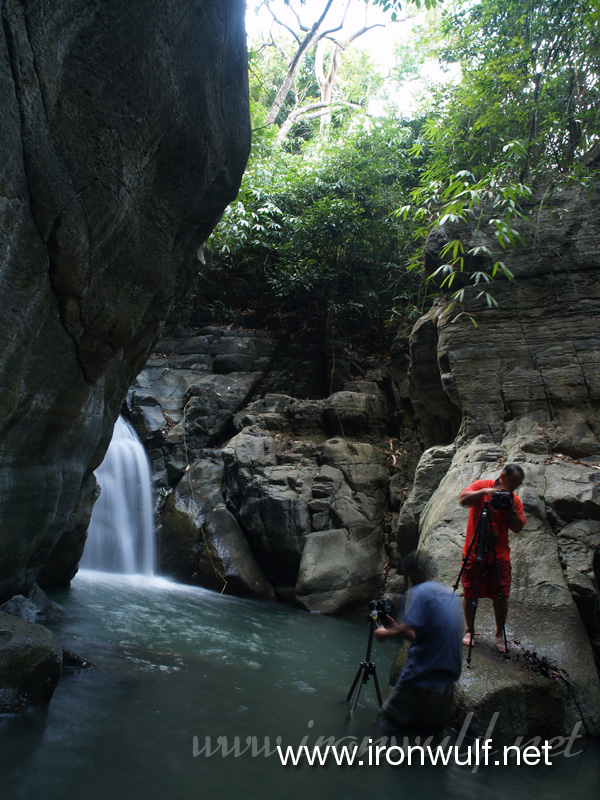 Of course this wasn’t that easy with the unpredictable water level there. We walk on the side where the water was shallow and have to hug along the cliff walls at the point entering the Falls enclave. It would have been easy without the gears of course. The things photographers do just to get those shots. 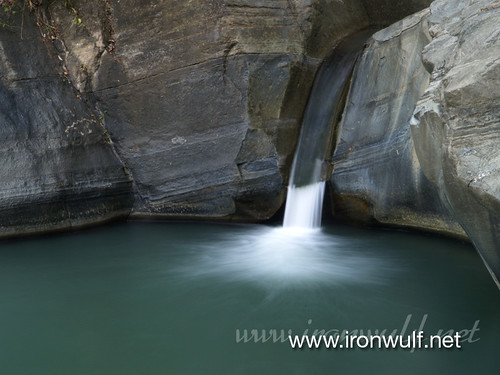 The main Bugsukan falls is actually petite, but the cascade was pretty nice. There’s a deep pool where it pours through that Carlito warned us not to get near since it was pretty deep. He recalled how he rescued a couple of people who went there. 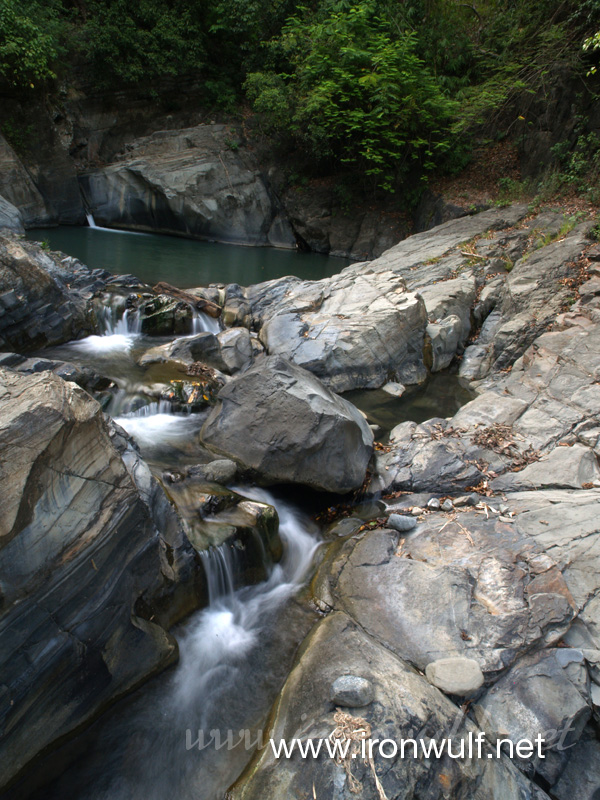 I went down to the lower falls where the large pool was. This is where the local town folks usually bathe, but at that time there was no one but us. I navigated through the rocks on the other side to take pictures of the rocks and river flows. 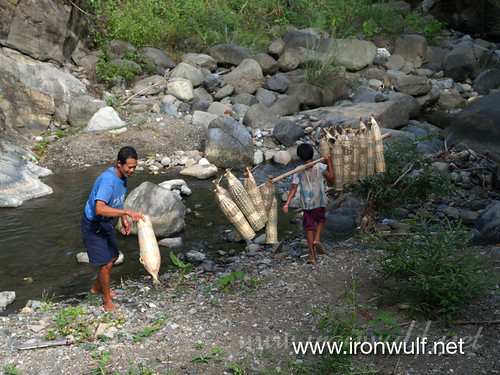 A father and sun suddenly emerged from the bushes carrying what resembled to me as a basket. I talked to the father who seemed to be friendly with a smile on his face as I was curious what were they carrying. He explained it to me but I didn’t understand any word since it seems to be in Ilonggo. He went on down the river and I saw him leaving this pieces of enclosed baskets deep stuck at the river beds. Carlito told me later these baskets were used as baits for shrimps. They leave them there overnight and collect them in the morning. 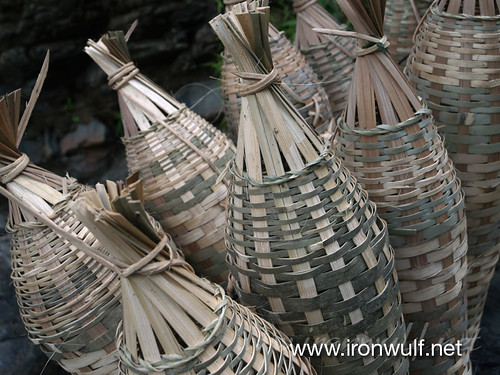 The Bugsukan Falls which is out of the ordinary tourist trail in Iloilo is a nice sidetrip if you have more time. Though honestly it could be hard finding without a guide. I can’t even remember the trail much going back. But if you are more adventurous enough, here’s some GPS Coordinates to guide you.