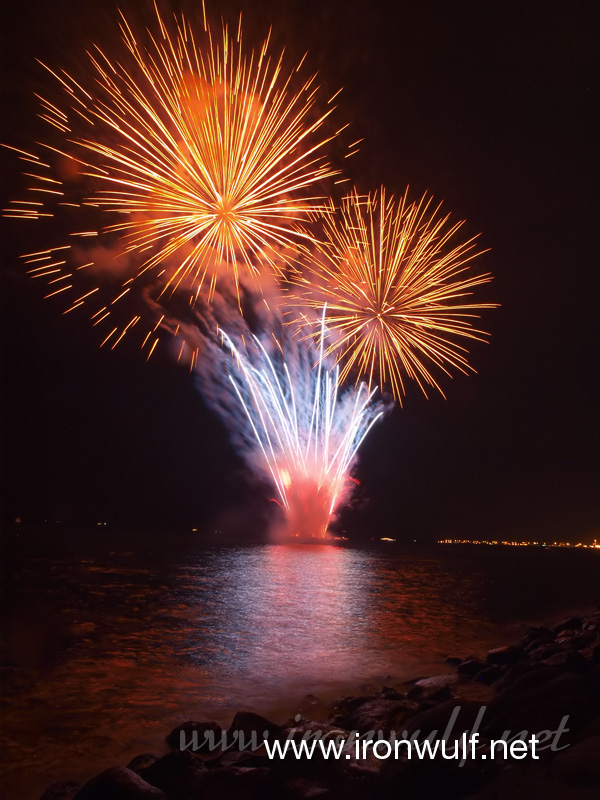 This year’s World Pyro Olympics is as unpredictable as the rains. It’s not such a good idea to have it held at the onset of the rainy season. Last week was supposed to be Venezuela and Italy’s fireworks display. But because of the rains, strong winds and waves, the show didn’t push through on both days of the weekends. Last Saturday, seeing the weather more favorable, we headed down Mall of Asia and was positively waiting for the show to start. Fortunately it did. 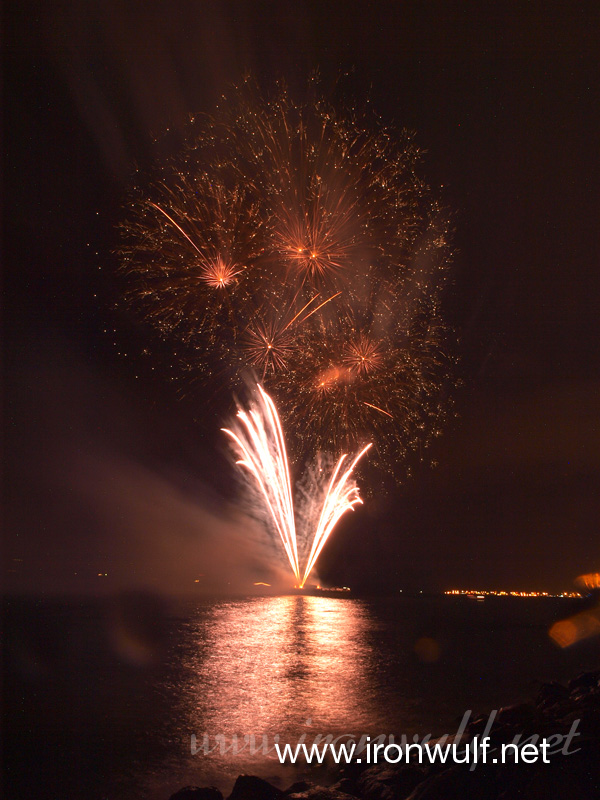 I will say only a few words on both these countries. I immensely enjoyed watching both and thought is was way better than Canada vs France. The first country, Venezuela, promised a festive mood on their display. And somehow I think the delivered. 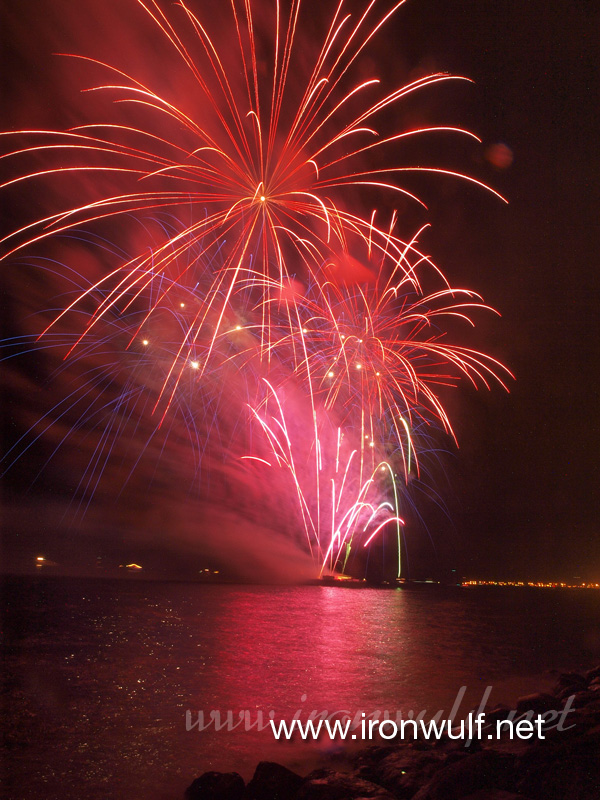 Their fireworks display was full of color and shapes. They also have this interesting dust burst scattering in the sky. Reminds me of “Dust” in the “Golden Compass” movie. Also their whistling-loopy rockets were fun to see and hear. Truly a festive display from that country. 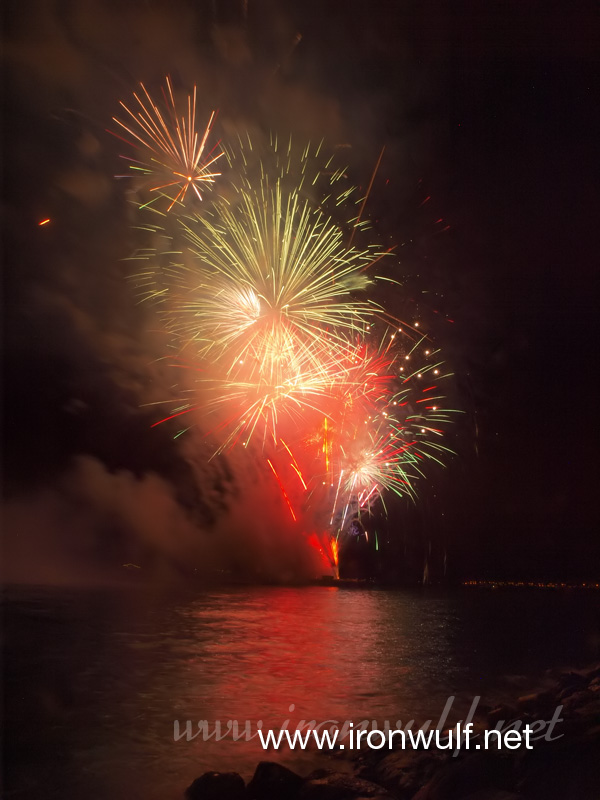 What I didn’t like though was the drizzles. Those raindrops on your lenses could really ruin a good photo. I have some shots I really like but there were blots or rain on them. I should get one of those Waterproof coat filters. 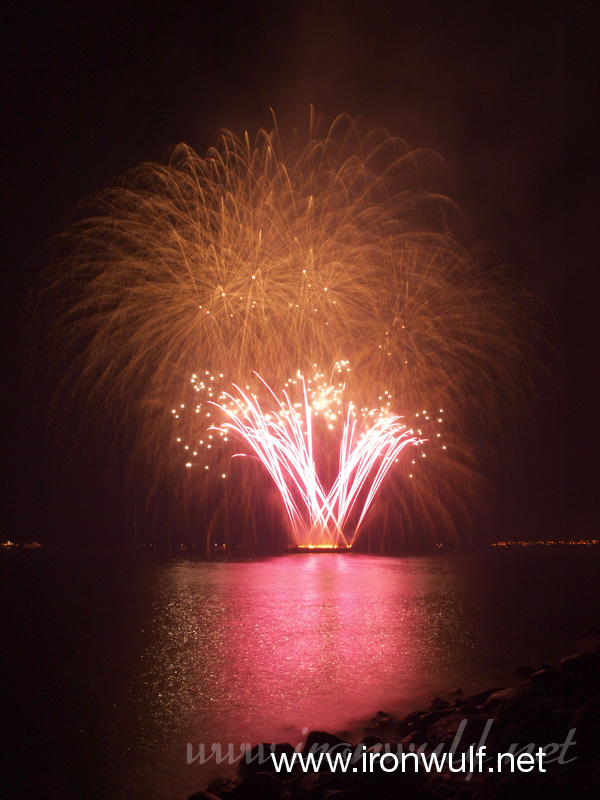 The second show from Italy started on time around 9pm. No more drizzles this time and I actually like my shots here this time around. Italy promised to showcase their cultural heritage of design, form and elegance juxtoposed with an explosive flare. Pyrotechniques craftmanship proudly passed down different generations. 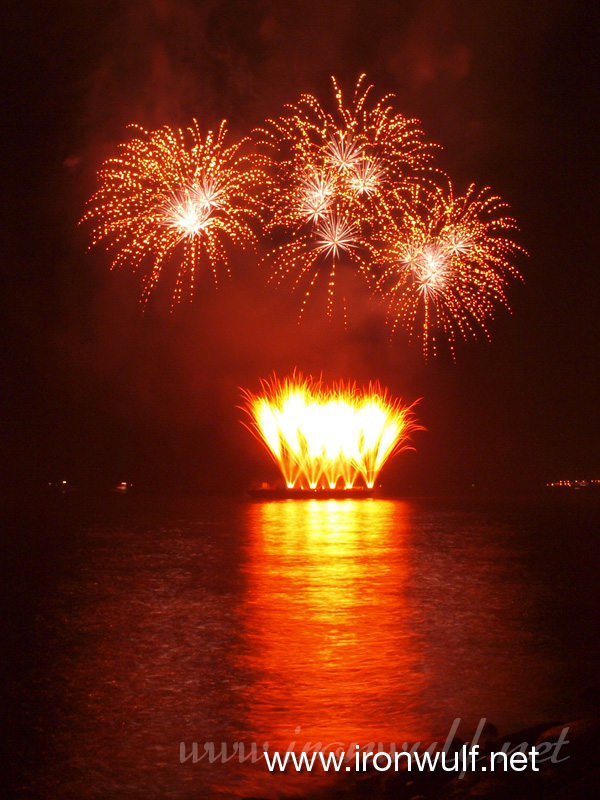 Indeed, Italy did not pull any stops. At the start of the show, they immediately launched an awesome brigade of fireworks in the sky. Followed by impressive fountain flares from the vessel launching the fireworks. Their spikes also vary in texture which looks very nice and unique. 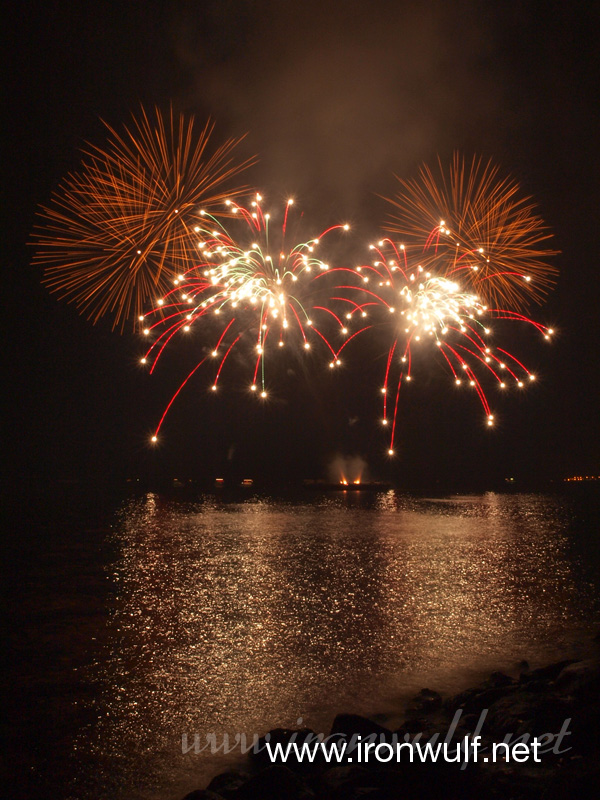 Another new gimmik or style they have is spewing a few fireworks at the water. Most of us thought this was a dud, but soon those thrown fireworks started launching themselves from the water. That’s something new and creative to do. Makes me think about the bouyancy of those shells and it’s direction when it lands on water. 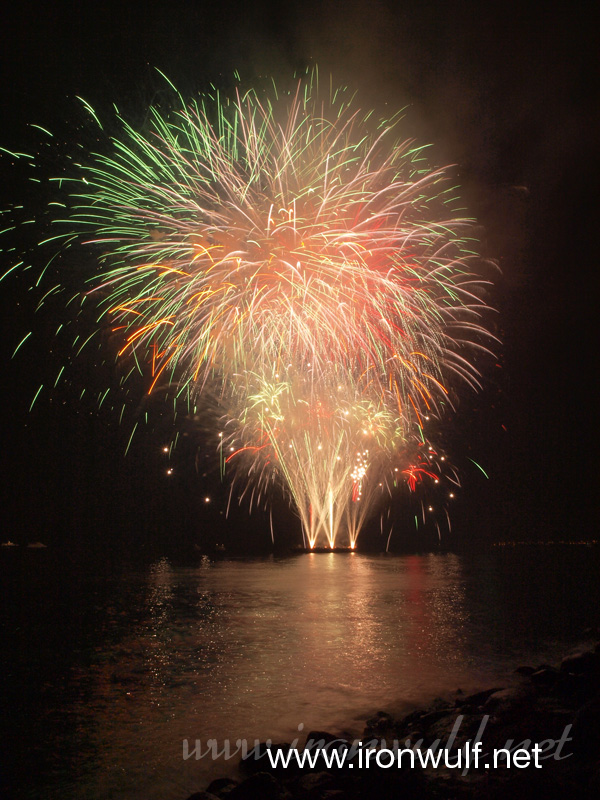 Both country really delivered an impressive display, I actually have a hard time which won I’ll chose to win. But given a only one, Italy somehow has a slight edge over Venezuela.

Just some tips if you are using a DSLR to capture some photos, usually my aperture is only around f11, it’s good enough to catch the light without overexposing them. But when it starts to have the grand display of numerous fireworks in the sky, I stop down the aperture to f18-22 and minimize the shutter opening to capture the display and avoid the overexposure. Somehow works for me after a few testing. We still have the Finale of “Fellowship of Fire” next week. This should be grand (if it pushes through).