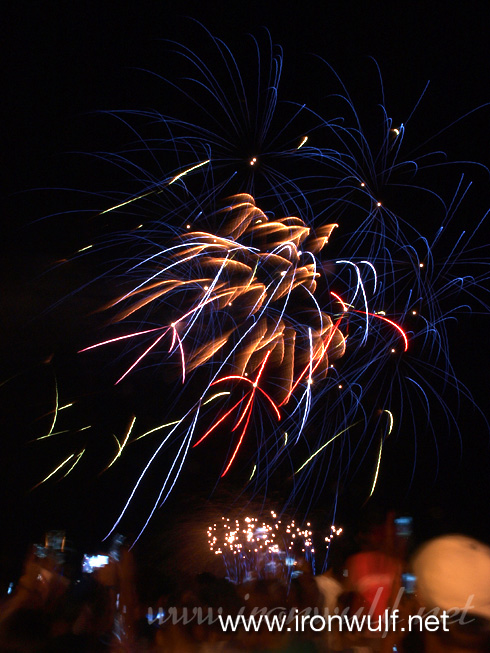 UPDATE: Team Italy won!
The much awaited World Pyro Olympics 2008 has finally came to a close last night. After much delays in actually starting it, some cancellations and back-outs the event did fairly well to cap it off. Oddly enough, we weren’t able to hear who the winner was. My bet’s with Italy but will update this post when I hear word. Not only was this special ending, was able to meet some other photographers at the event as well. 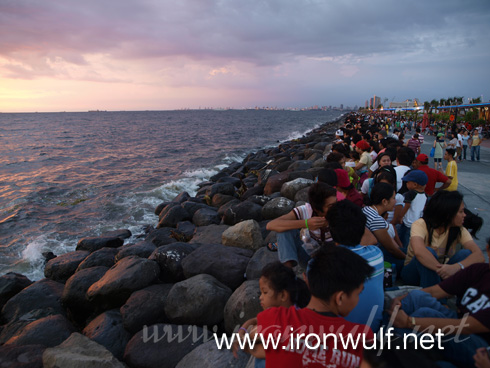 Og and I were already at the venue around 4pm to make sure we got a good parking and get to choose a different vantage point from what we had before. We bought our 150 tickets and bought some foods first at the Suermarket. This is gonna be a long night and it’s hard not to get hungry. You wouldn’t want to leave your place here I tell you once you secured your position. 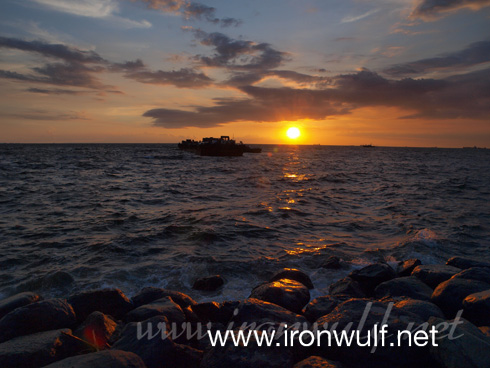 As we waited there as the sun goes down, some new acquaintances joined us. First was Red and his friend Joel. Red is a fellow Olympus user, a professional photographer who specializes in Food and Portraits. I have seen some of his works and am impressed by his portrait shots as well. Very natural catch light and compositions. 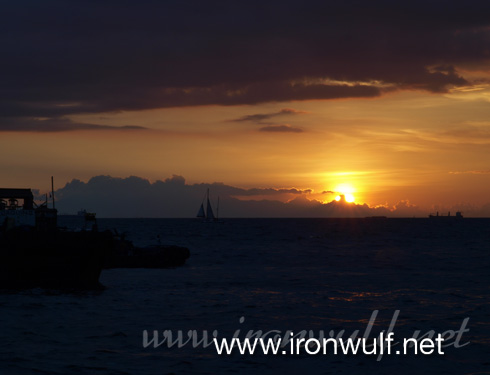 Next who came was Allan Baredo of Lantaw. We’ve been in contact with Allan from Flickr since our Lake Sebu trip in which he saw us. I’m also impressed with his nature and landscape works. He has a number of works published in Picture Perfect and is well traveled as well. He also didn’t pay the 150 ticket when he went to the venue. hahaha. I don’t know what Jedi-mind trick he did, but he was able to pass through the guards, the ticket inspectors and the bouncers. 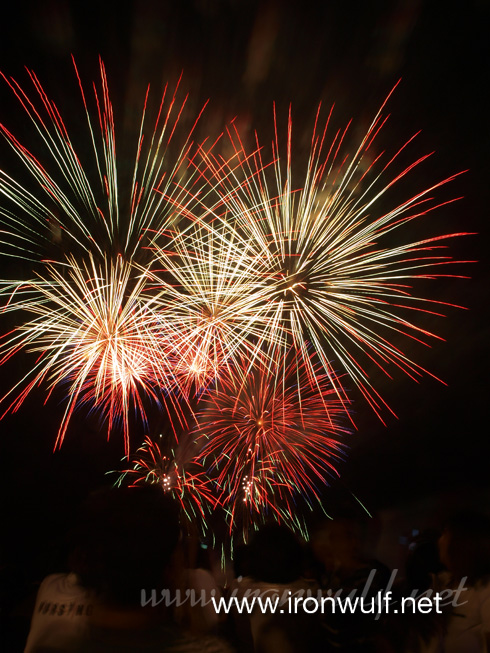 Since this was the Finale event we were right to expect a huge crowd. And boy there were lots of people. We had to give up our spot at the breakwater since we were too cramped. We just decided to go down and maybe a change of foreground this time from the previous shots we did. And I think, with the good weather, people really flocked at the venue. It’s amusing to find that people, families and barkadas would stay there for hours to wait out these 10 minute presentations. I mean for us Photographers, we are there to capture these light paintings in the sky but these people are just contented using their cellphone cams to either record and take a picture of the fireworks. I mean if I won’t be taking pictures I wouldn’t watch or would be contented to stay at the back. 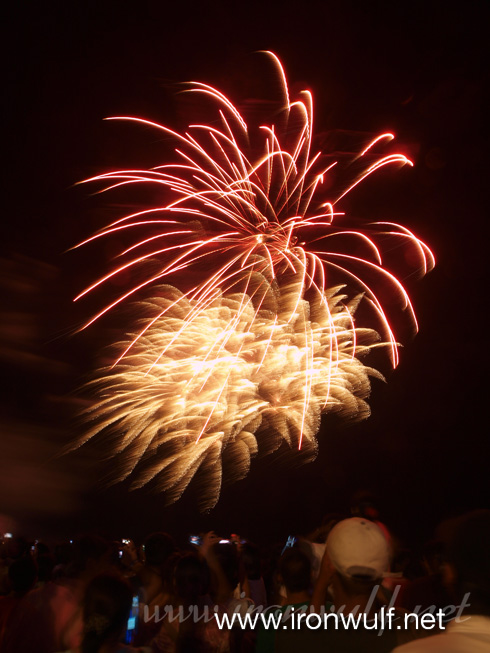 Funny, before the start of the first fireworks display from the Fellowship of Fire, a photographer guy beside me asked on my focus settings. I told him that I set it to Manual Focus and at Infinity. He also asked on the duration of the shutter opening. I told him it depends and best to go bulb mode so you can control how long the shutter is open. But when it suddenly started, I made boboo. I was using my remote to open the shutter but it wasn’t working. Turns out I wasn’t on full manual and I was not set to BULB! What a blunder. Hahaha. I only got it half way through. 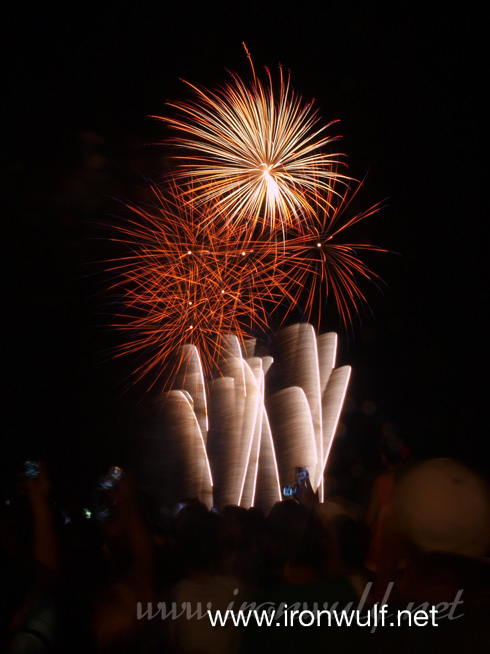 That disappointed me a bit since I didn’t get much shots on that first display, but hey, there’s still the second one. During the wait we also had a chat with one of the spectators there who call himself Babes. He’s a musician and likes to take videos. Pretty interesting guy who loves moving pictures. 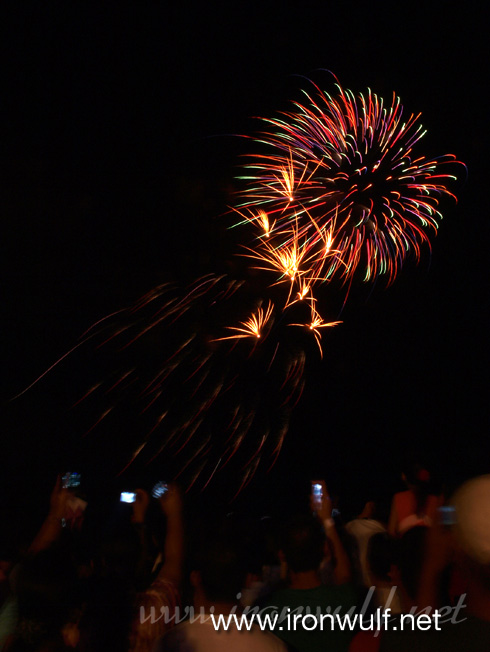 There were some brief talks on the Pyro Olympics 15 minutes before the last Musical Pyro Syncronization Finale from Philippine’s La Mancha Pyro Productions. But the audio system wasn’t loud enough to hear. The winner was supposed to be announced but we didn’t hear who won. 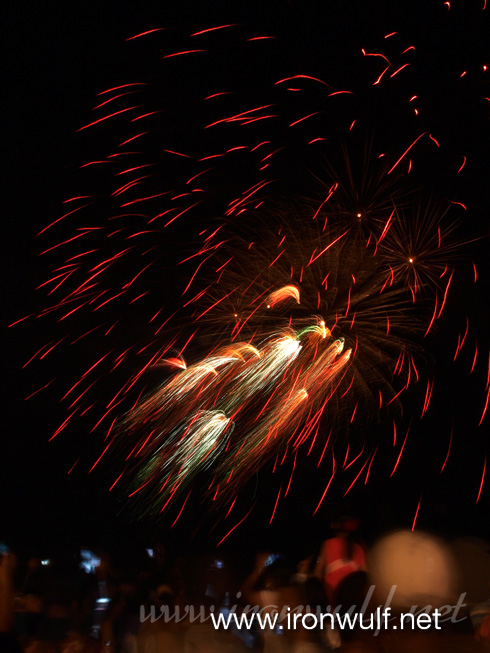 And then it started. The Philippine’s La Mancha Pyro Production was one beautiful presentation. It ran for 12 minutes and one visual stunner was the few minutes before the ending where a spew of fireworks slowly descending filled the sky with colors. It was amazing and the first time I’ve seen one. Pretty impressive show to cap of the world’s greatest show. 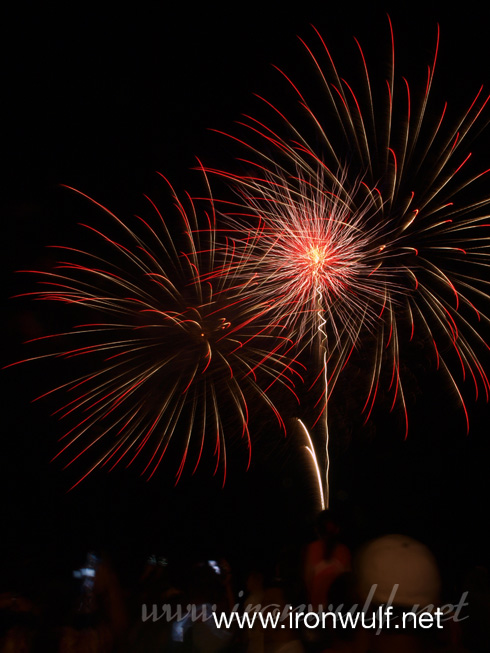 After the event, it was a race to find a good restaurant to eat at. We were supposed to meet up with other people at the venue but I guess with this big crowd at a big place. It’s hard to find each other. So that ends the World Pyro Olympics 2008. Hopefully next year, they stage it earlier and more countries would participate. 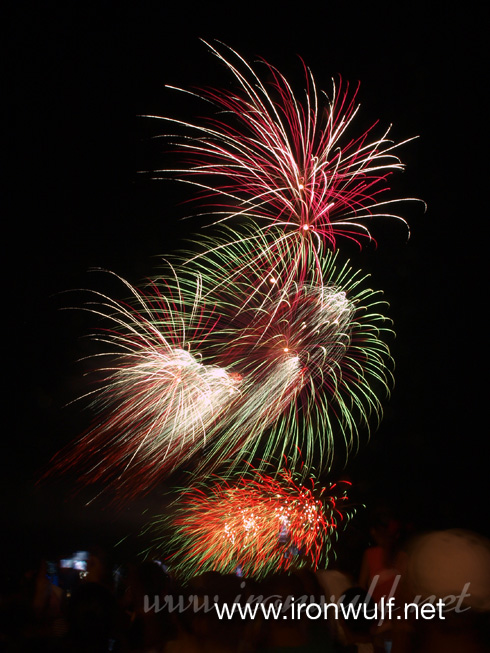