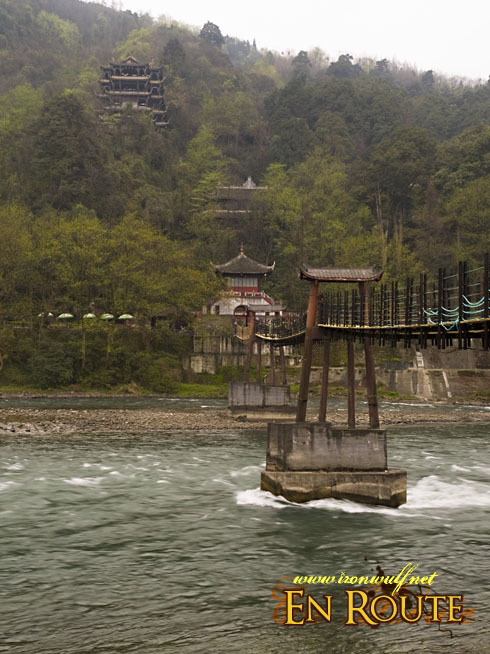 On the recent major earthquake in China, one of the cities that was majorly affected was Dujiangyan City since it was close to the epicenter of the quake. It’s devastating to know that schools were some of structures badly damaged. I’m dedicating this post to the victims of the quake. Dujiangyan is a pretty little City just lying a little west, up north of Chengdu City. We visited another UNESCO World Heritage Site there which is the Dujiangyan Irrigation System. 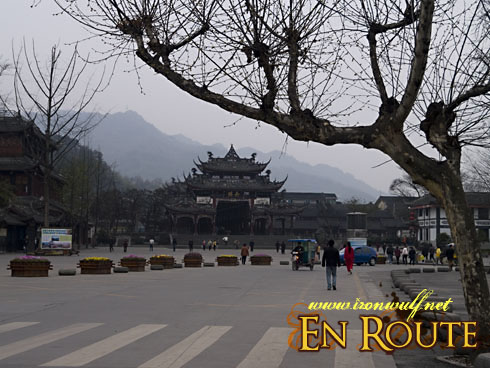 Our bus fare from Chengdu cost only 17RMB and in less than an hour we alighted in front of the park entrance. Park Entrance Fee is 90 RMB. The Dujiangyan Irrigation System is a World Heritage Site due to its architectural and engineering wonder even if it was constructed way way back in 250 BC. Historically, the town was known as Guanxian, but was renamed in honor of this irrigation system, which many consider as a Dam which is not a Dam. 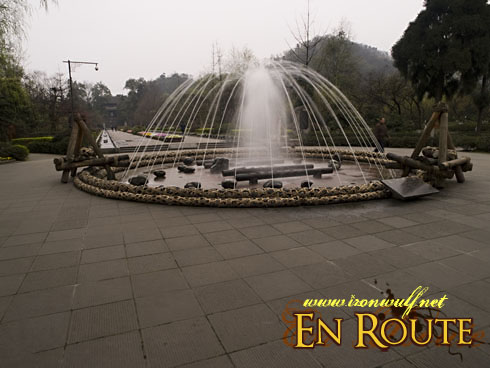 The mastermind for this irrigation system was Li Bing. He was given 100,000 teals of silver by King Zhao of Qin to construct a dam at the Min River to prevent floods when the river swells. It was a plague for people who live near the banks at that time. Originally, he planned to build a dam but since he was in charge of keeping the river waterways open for transporting military vessels he need to find another way to do this. 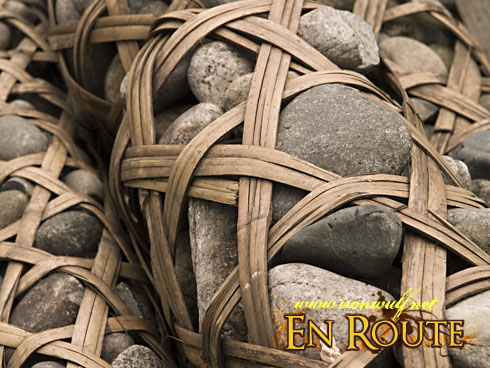 With a team of tens of thousands men at his disposal, he headed the construction of a sausage-shaped levee woven from bamboo baskets filled with Zhulong stones. This levee was held by wooden tripods known as Macha. To divide the river further, he had to break the mountain rocks to widen the mountain gouge. Since there were no gunpowder at those times, he had to make use of fire and water to heat, cool and crack the hard rocks of the mountain. The construction of the levee took 4 years while the widening took 8 years. 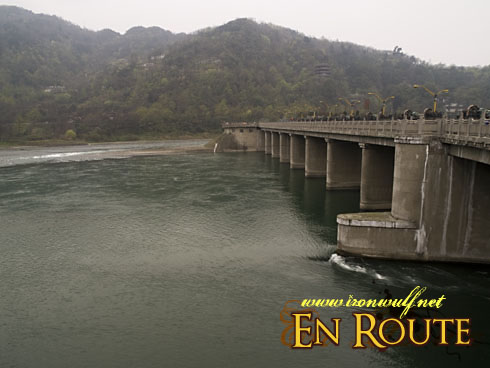 After the construction of this levee, floods no longer plagued the city and the military vessels are still free to ply the river. Because of this system Sichuan also became the most agriculturally productive place in China. Li Bing was loved by the people that the Chinese built a shrine in his remembrance. The laid back life of the Chinese was also attributed to him. Because of the construction of this levee, he eliminated natural disasters and ensured bountiful harvest most of the time, giving the locals more free time than they needed. 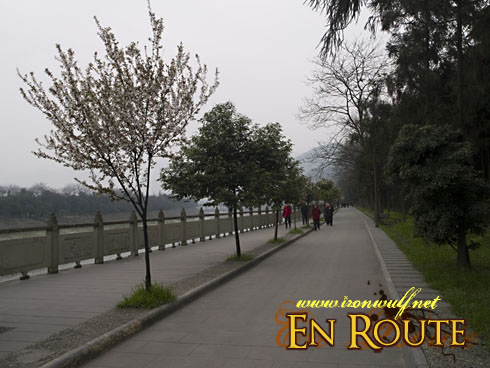 The Dujiangyen Irrigation System, even at this time, has served the people of Sichuan. Of course this time around, the structure has already been strenghtened with modern construction materials. We visited the actual levee. It looks more like a park with neatly lined trees along the road. on the north after a few minutes of walk, you’ll find the Fish Mouth Levee where the river divides. 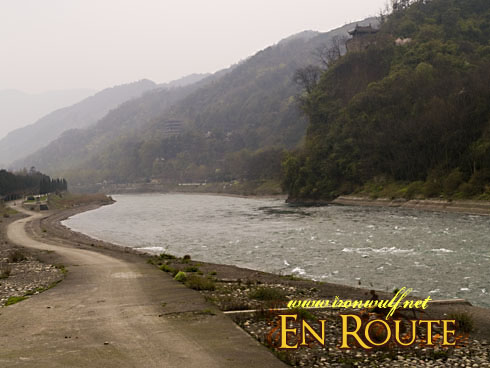 Visually, it’s not a sight to be wowed on. If you want a better view of the levee and the river system, you can climb the Qincheng mountains for a wider view. Being on the actual levee doesn’t offer much views except for a close inspection of the structure and the running river. 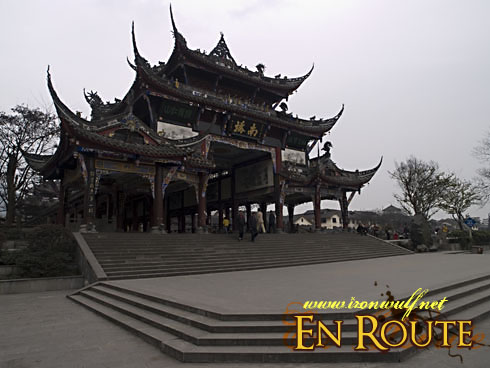 We left the park after a couple of hours and decided to explore a little of this riverside city. There was this elaborate bridge that caught our attention ever since we got off the bus. I don’t know what the name of the bridge is but the details were really amusing with all the patterns and all. It seems to be a recent construction, but eye catching nevertheless. 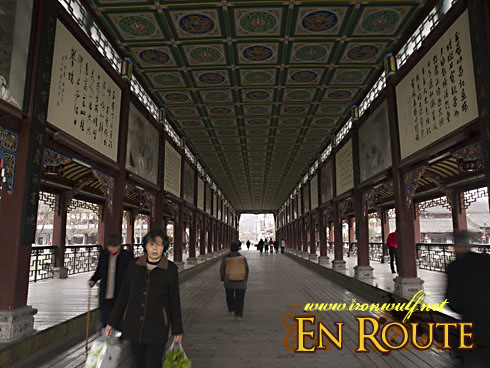 We crossed the bridge to find a little town that seems to be lined with commercial establishments. From restaurants serving different dishes to souvenir shops. Looks pretty scenic since it’s nearby the river. We didn’t spend too much time there as we have an afternoon bus to catch back at Chengdu City. 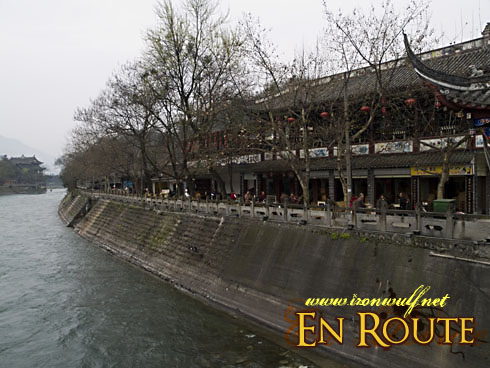