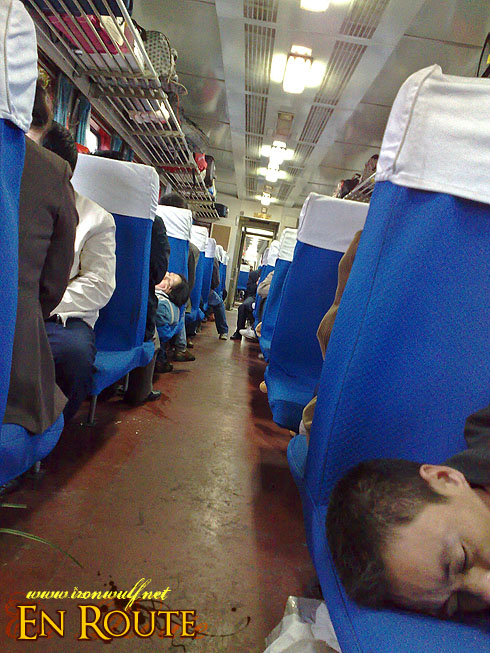 With no longer a reason to stay more in Chengdu since the western area of China is closed we decided to head down instead south to east of China. It was one detour we had to think hard since it wasn’t in our original itinerary. With that I had to drop my flight from Chengdu to Guangzhou which I had to take 4 days from now, that’s 4000 Php down the drain since I can’t refund those tickets. And the thought of traveling many miles down was a bit daunting. 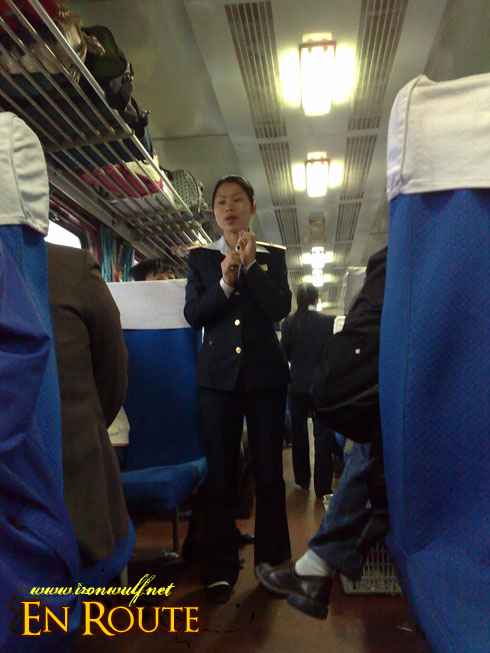 The route is not really easy as it seems as we had to take a train then a couple of buses going there. just the thought of traveling that long already intimidated me, but what can we do. There are no more places to go but down. The time we were deciding on our next step was one of the hardest decision I had to do at that time in all my travels. That night when we were sent back to the city, and with a false sense of security on where I am. I wished I was home. But I knew I had to try to experience this long journey instead. The sense of adventure in me thankfully dominated. So the next day, before we went to the Panda Adventure, we asked the travel agency at Sim’s Cozy Guesthouse to reserve train tickets for us that night. Our Destination was Tongren, in Guizhou province first then from there, we take a bus to Fenghuang in Hunan province then another short bus to finally Zhangjiajie. We only got hard seat tickets on the train which cost us 133 RMB each. 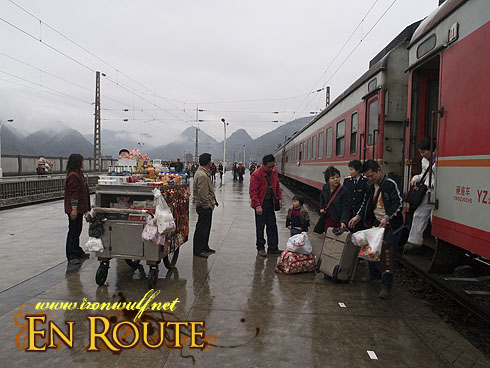 Let me say again that Taxis are hard to come by in Chengdu. We almost missed our train that night. Our train was scheduled to leave at 7:48 in the evening but we were still hailing taxis around 6:45pm in Chengdu while we still haven’t gotten our tickets at the lodging. By close to 7 we finally got our taxi. You have to race (even fight for one if you have to) to get a taxi here so when we got to our lodging I stayed by the taxi while my friend rushed to get our bags and tickets. Then it’s a race to the station. Once we got to the station it was utter CHAOS! I have never seen a station with so many people. As in floods of people. If I’m by myself there I would have given up. I would have taken a picture but we were running around going through a pool of people. Good thing my friend was sharp enough to read the signs. The train station was big but boy it was full. We were still running around towards our platform and we got there just a few minutes before the train started to move. 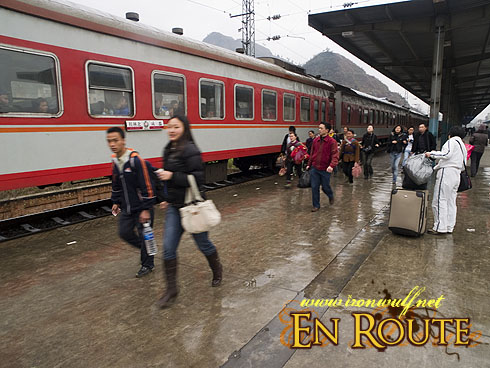 When we got there I thought we were gonna seat on the floor since the train car looks full already, my friend checked inside it turns out we got designated seats but some people already occupied them. Good thing they were easy to talk to and just swapped seats instead. I got on the aisle side of the three seater seats. it was a relief that we made it. There were other several stops along some stations on the way. There was this one lady dressed all in white which seems to resemble some PE uniform who asked me to help her put her baggage on the overhead compartment. At first she spoke in Chinese then she seemed to realize I couldn’t speak the language and spoke in some english. She understood and turns out she’s an English teacher. She speaks quite well which is a relief actually. We had a small chitchat and a few moments she gave me a piece of a Zuha fruit she was eating. 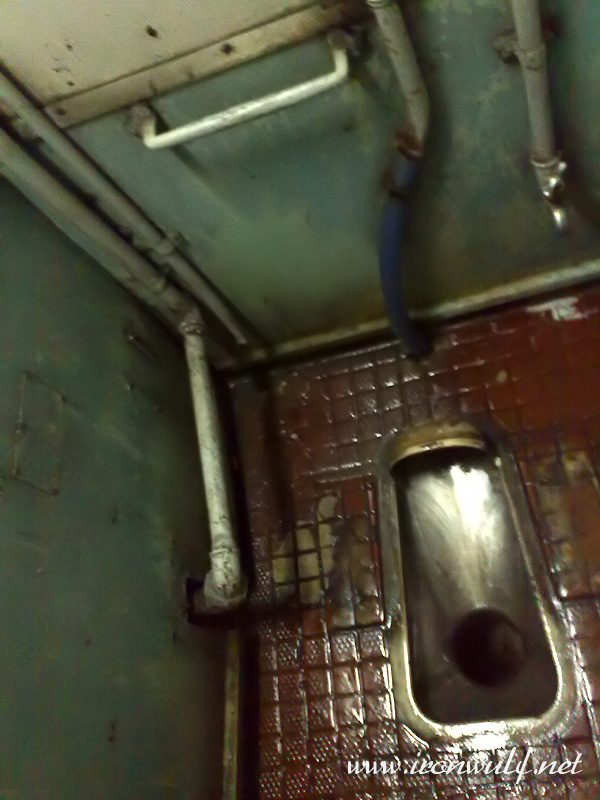 I really like train rides but I must admit that this must be one of the grueling long train ride experience I had. The hard seat was so uncomfortable after some time. They never turn the lights off the train so it was really hard to sleep. People are loud until past midnight playing some cards while munching on some pumpkin seed which eventually would litter on the floor. The guy in front of me wearing an office coat and carrying a small briefcase wasn’t supposed to be there since he doesn’t have a ticket has the nerve to remove his shoes and place his feet on the empty seat beside me. We weren’t able to buy some food that’s why past midnight I got really hungry. Good thing there were train stops where some vendors were selling some local snacks and drinks just outside the door. It was a long long night. I felt like a thief snatching only snippets of sleep. Past 3am, there were still some people being picked up by the train. Our 3 seats were already full, good thing I was on the end side then but the hard surface was starting to get really uncomfortable. In the middle of the night the janitor fortunately swept the floors of all those scattered pumpkin seeds and trash. On board vendors selling their wares from a mere tooth brush to a kinetic powered flash light being sold as if you were watching a home tv shopping. More than 11 hours has passed and I was glad to see the light of the day and this train ride would soon end. 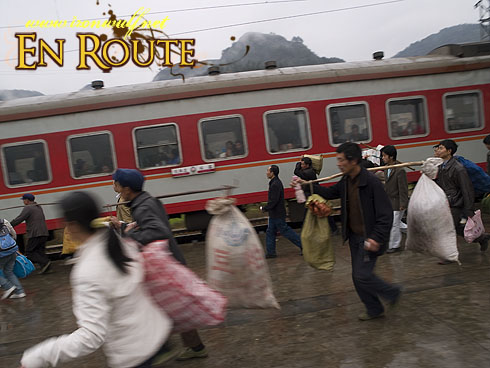 We were welcomed by the hazy vista of mountains in Tongren Train Station. I was glad to be finally walking again on the ground with my feet stretched out and my hands free to move. I wouldn’t ride on a hard seat section again, I told myself. The train station looks rustic but serves its function. The train would still continue on as the flow of passengers came rushing in. 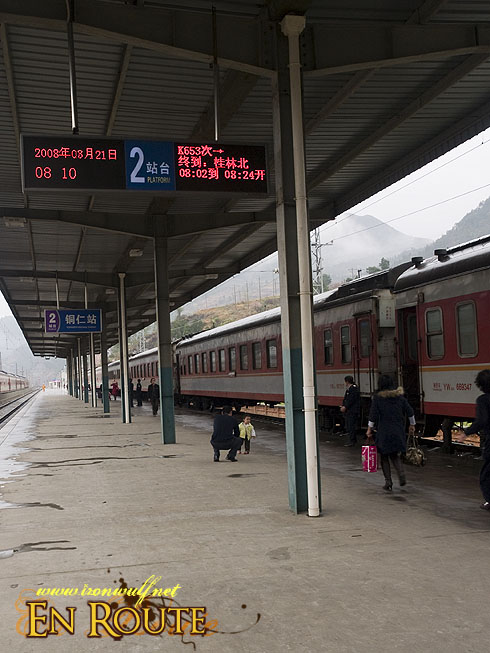 It was drizzling and still cold where we were. I cold still see smoke whenever I talk. We grabbed a quick breakfast outside the station. Guizhou on this parts looks very rural but the mountain scape surrounding it looks stunning with the haze. My friend told me that the place is a it unpopular to tourist since there are safety issues on this place. We walked across a highway to head to the bus station going to Fenghuang which cost us 20 RMB per pax. It was another 2-3 hours of travel. I felt really tired that I just wanted to doze off at the back seat. It was just annoying that there were these two old Chinese passengers who were really noisy and were smoking inside the van. As usual I can’t do anything about it, but I was able to grab a few naps before we reached our destination.