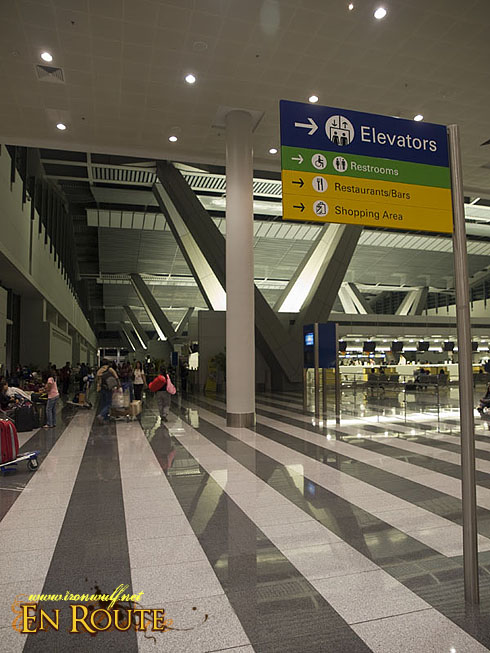 By this time, there may already be a number of impressions posted about the NAIA Terminal 3, the not-so-new spanking airport to open in Manila. Last week, I finally got to see the new terminal when my friends Oggie and Eric were headed to Bacolod for the long weekend. For many travelers, this is a welcome development since the old domestic airport and the NAIA Terminal 1 is already aging. So what do I think of the new airport? 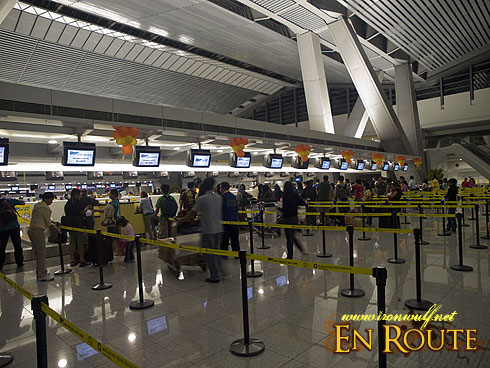 This may have been the most controversial structure ever built. The building actually started construction in 1997 but because of some bureaucratic red tape and legal battles, construction was prolonged and spanned until 2006 until it was nearly complete. I remember this quite well since an architect friend of mine was involved in designing and construction on a portion of the terminal ceiling, which part I forgot. So finally after more than a decade from conception it officially opened last July 22, 2008. 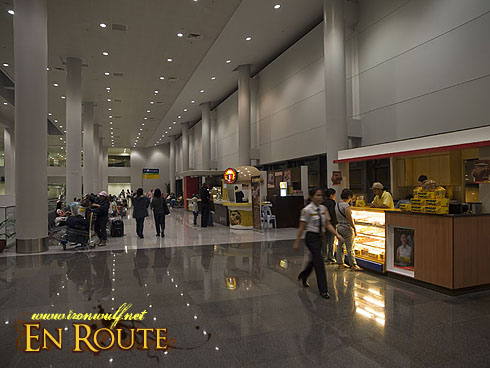 Honestly I’m just glad this terminal finally opened. Since Cebu Pacific Airlines moved all of its domestic and international flights to this terminal last August 1, 2008, I was excited we would be flying to Bacolod from here. We had an early morning flight at 5am so around 3am we were already there. From the main gates I could already feel the cold air conditioned wind blowing out from inside. 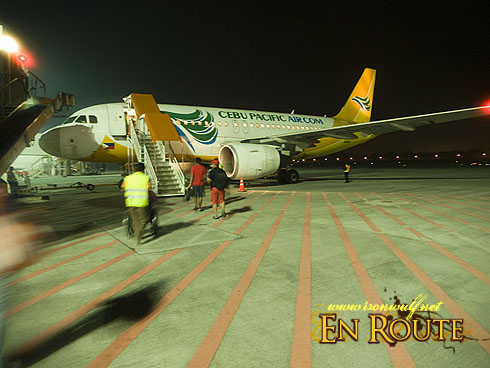 The entrance hall is very spacious, I especially like the high ceiling. The ceiling design and the vertical V-beams looks very modern with its accented lighting. Very nice. It may not have the sophisticated architecture of other international airports I’ve been to but this is still very good.

There are lots of Check in Terminals which is an advantage for Cebu Pacific since they have numerous flights. I also noticed that PAL Express and Air Philippines have also moved their flights here. Farther on the other side are the international flights. Check-in was seamless and we didn’t encounter any problems. 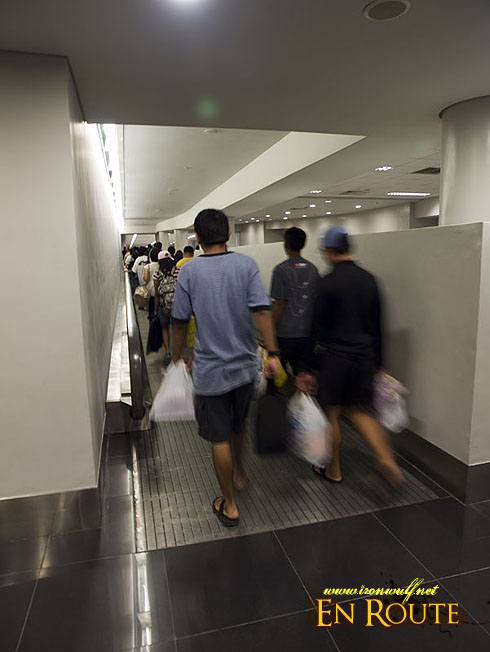 We stayed for a while on the well padded seats on the waiting area where food stalls are located. had some breakfast meals at Kopi Roti there. We noticed the terminal was really cold that most people are covered up. Some people were comfortably sleeping while waiting for their flights.

Passing by immigration booths and paying terminal fees had no troubles. Except for a slight glitch where Oggie’s change was 100 pesos short paying the 200 Pesos terminal Fee. Must be a bit sleepy on their early morning shift, so make sure to always count your change. Construction are still on going inside the boarding waiting area. Probably more duty free shops and eateries going to open 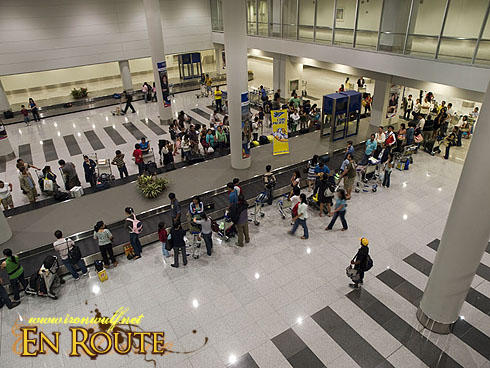 There are tubes available there but are still not functioning so we had to walk through the tarmac which is ok.

Fast forward on our way back, again we had to walk through the tarmac. I heard some people complaining of long walks to the baggage claim area but I didn’t think it was that long compared to the walk from the old NAIA terminal 1. Besides, there are already walkators there but I wish they hadn’t blocked the view with a wall or just placed them in the middle like the other airports I’ve been to. Baggage claim area is quite spacious, we easily got our bags with no problems aside from the people blocking our way.

Now comes the Taxi terminal which needs to be a bit organized. Right now there are only two allowed taxi companies there, the fixed rate Yellow cabs which is quite expensive and the metered MGE taxis. The only problem was the waiting area since there are no lines people can just race for those taxis. I wish they organized it like the Taxi queue in the old domestic terminal. With the on coming Christmas season, I’m sure this terminal could get crowded.

Generally, I’m quite happy with NAIA Terminal 3. Like I said earlier, I’m also glad that it’s open and finally being used than to just rot away choked in mothballs. So far operations are looking good, maybe address those taxi issues and all.

Directions to NAIA 3 via EDSA:
EDSA – Magallanes Flyover – Turn right at nichols. Go straight. NAIA 3 just ahead
EDSA – Tramo – Left to Nichols. Go around rotonda and straight ahead is NAIA 3