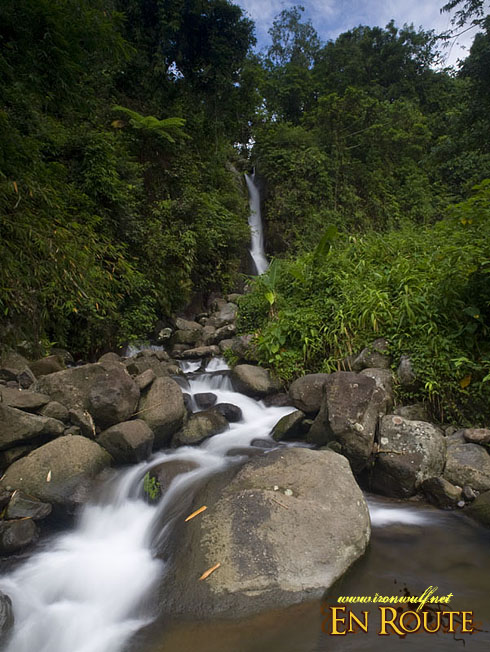 Our 4:55am flight from NAIA Terminal 3 to Bacolod was fairly in time, arriving a little past 6am in the morning at the relatively new Airport in Silay. We were welcomed by a few taxi drivers and companies offering their shuttle services heading to Bacolod Town proper which is around 45minutes away. There were Taxi shuttles which they fill in costning 150 Php per pax. There is also a taxi-van for 450 Php. We chose the latter since it has the same price for the 3 of us for the taxi, plus we have the van only for the 3 of us. 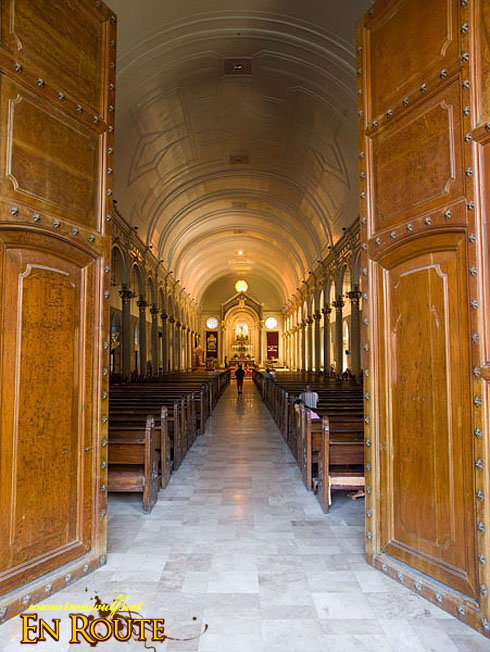 Our driver Bebot, with a call sign of Suave (we eventually nicked him as Mr Suave) breezed through the traffic free highway to Bacolod that morning. Around 7am we were in the town proper and checked in at Bacolod Pensione Plaza. We checked out their room options and chose the 888 Php twin room and added an extra bed. We chose this lodging since it was close to the city center plaza. Facilities is good with comfortable beds, air conditioned room, cable tv, hot shower and if you need internet connection there’s free wifi. Staffs were also helpful as they’ll help you with directions around the city. 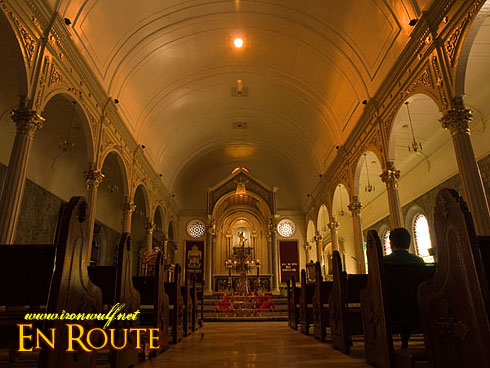 Most of us were red-eyed with minimal or lack of sleep from this early morning flight, thus the beds beckoned us for a few minutes nap before breakfast. 15 minutes in dream land was enough for Oggie and I while we let Erick extend his slumber since he was dead asleep at his bed. 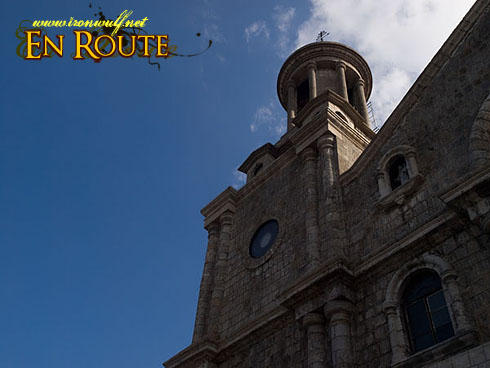 We decided to check out the nearby Bacolod Cathedral first. It was a very nice looking church and was originally laid as far back as 27th of April 1876 and became a cathedral on the 23rd of June 1933. I’m really impressed with the interior arcs of the cathedral as well as the details. I wanted to take a picture of the facade but the lighting was a bit off so I brushed the idea off and decided to find a place to eat breakfast. Chinky’s was the place to be that morning as we ended up with an urgency for food. It seems to be a popular local fast food chain there and can be found on several corners of the city. Food was just okay to fill you up. Erick soon followed us here. 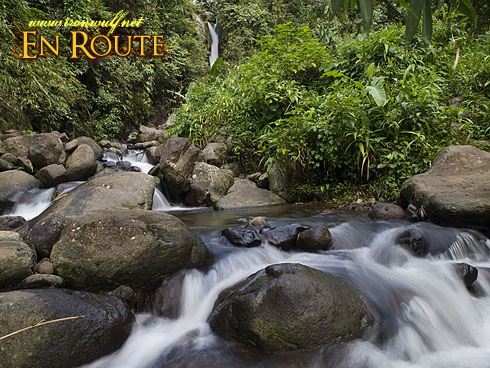 Mid-day found us traveling to Mambukal Mountain Resort in Minoyan, Murcia, a popular resort found 2000ft above sea level at the foot of Mt Kanlaon, developed by a Japanese company Iwazaki. The mini-bus from the city market took about an hour to reach the resort. The bus fare of 35 Php for a 30km drive is pretty fair. It rained through the journey but soon abated after we had a feast of the local inasal lunch at the food court there. 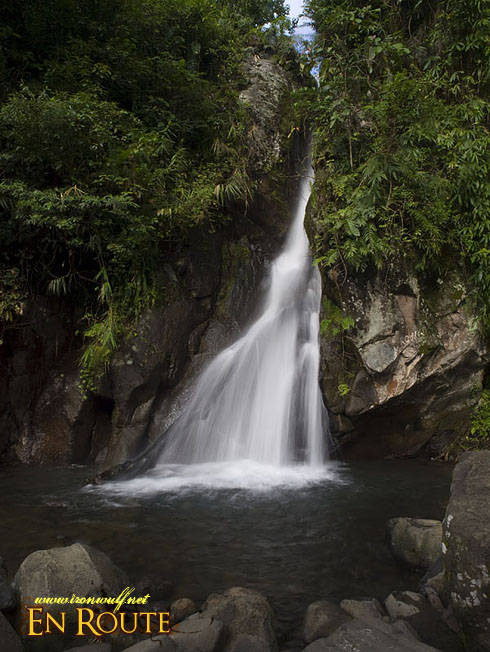 The resort is well developed and it would be fun to stay there overnight given time. Amenities are modern with rooms, pools, hot springs, sulfur pools and boating lagoons. The entrance for the resort if you are just visiting for the day is 30 Php. There are rental fees for each facilities after. What we wanted to see are some of the 7 waterfalls found there. We found Rene as our guide for the falls. He lives there by the mountains near the resort so we’re confident he knows his way there. 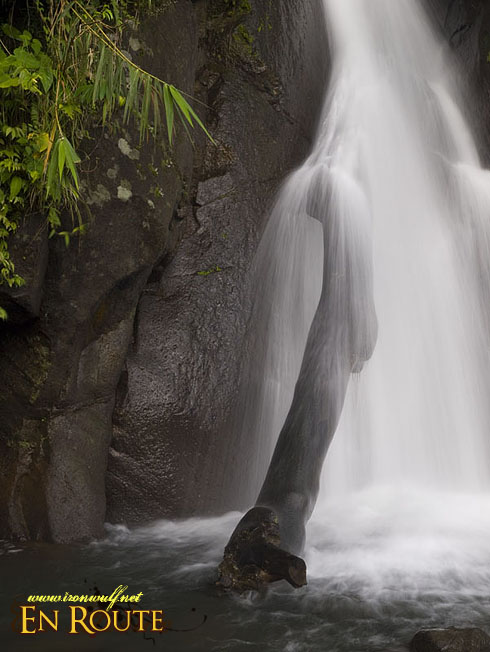 Having two companions who are familiar with the mountains on this trip was an advantage since we were able to hike up faster up towards the falls. We were watching the time closely since the last trip back to the city was 5pm. About half an hour hike we found Falls 5 and 6. While it looks nice we were still intrigued by the last falls which our guide said was the most beautiful of all but quite a way up. We decided to go on more than 20 minutes further up and several river crossing we finally found the last and 7th falls of Mambukal. It was indeed beautiful. There were scenic cascades of water on the scattered rocks and climbing up higher is a shallow basin of water where the falls pour. There was a deadwood being battered by the continues shower of the falls. A somewhat natural placement of organic element in nature which I found very zen. 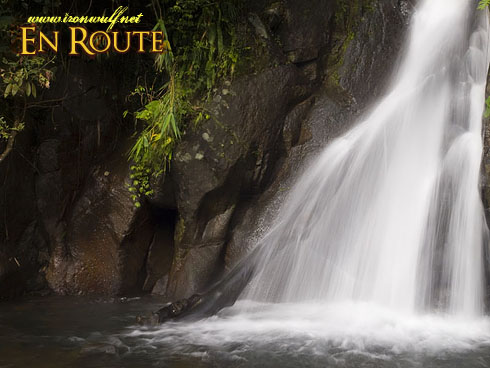 Rene took us on a different and shorter route on our way back, just in time to catch the last bus to leave for town. We just wished we brought extra shirts since the ones we were wearing were soaked in sweat. By nightfall we were in town and after washing up we ate dinner at Lion’s Park, which came highly recommended by the people at the Pensione. It didn’t disappoint. Their Inasal, Sizzling Crab Meat and Kinilaw were delicious. And the price was very good as well.

We did some rounds at the streets that night craving for ice cream past 8pm for dessert after dinner but eventually found none since most of the stores are already closed at that time. Oh Well, there’s another day for dessert.