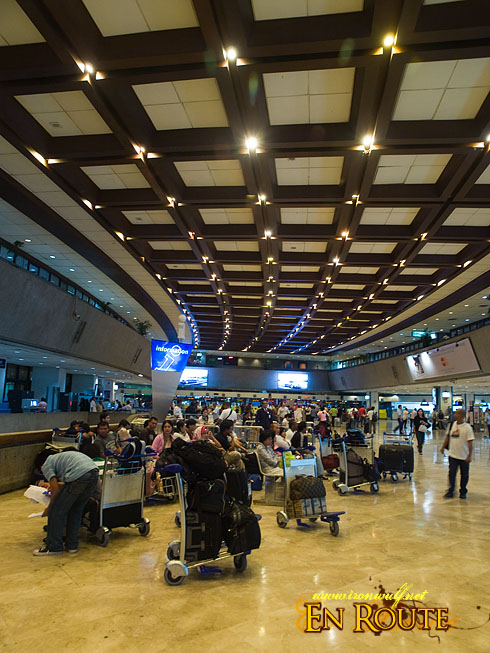 A bustling scenery at NAIA Terminal 1

There had been a number of queries and searches here regarding the new airport. In particular the NAIA terminal 3. This posts is for the benefit of those who are quite new in air travel here in Manila and for those are looking for directions going to the airports. Believe me there are still a lot of Filipinos who have just started taking the benefit of cheap air travel lately. It would also be useful especially this coming holidays where we can expect lots of traffic in these terminals. 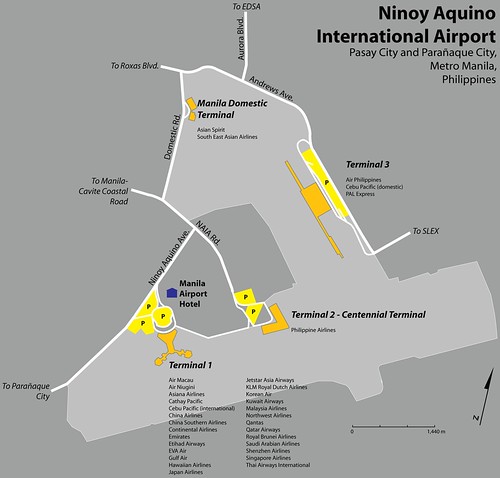 Normally, I would always prefer to take a taxi going to these Ninoy Aquino International Airport (NAIA) terminals since it’s more convenient when coming from Pasig or Makati and most Taxi drivers would know the directions. And more so, they directly drop you at the entrance unlike using the public transpo where you have to walk some distance outside the terminal. But it doesn’t hurt to know these alternative ways to get there. Darkcore’s map above will give you an idea where each of the airports are located. 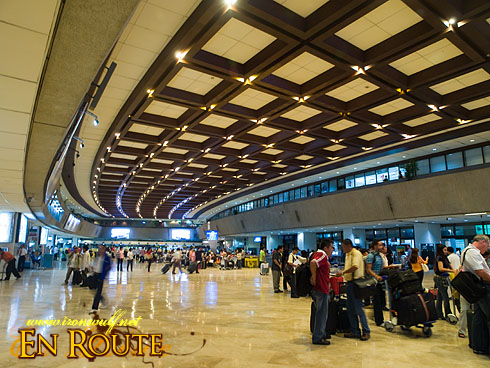 This is the oldest terminal of the bunch completed in 1981. Honestly when I last flew here last June, I found it already too old and dirty with all those papers and other airport cargo trash around. It could use an overhaul, but right now, most international airlines goes through here.

From Edsa Makati past Magallanes, take the flyover to Aura Boulevard. Turn right at Andrews Avenue at the end of the road. When you see Petron , turn left to the Domestic Road then another left on Caltex Station. Then turn right at Ninoy Aquino Avenue where you’ll see the NAIA Perk on your right. Up ahead you’ll see the ramps going to the departure entrances.

There are MIA (Manila International Airport) buses passing by NAIA Terminal 1 in EDSA. You just have to walk a distance from the drop off and go to the 2nd floor departure area. 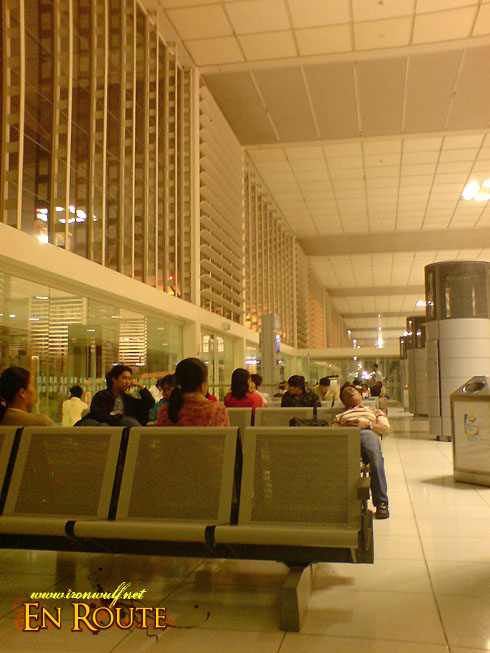 The Terminal 2 or more commonly known as Centennial Terminal is located at the Old MIA (Manila International Airport). The name “centennial” was named after this terminal since it started operation in 1999 and in celebration of the Centennial celebration of Philippine Independence. I have only flown here twice, first when I took PAL to Zamboanga and Air Philippines to General Santos for Lake Sebu. Now, PAL (Philippine Airlines) exclusively use this terminal. I find this one a lot more presentable than the Terminal 1.

From Edsa Makati past Magallanes, take the flyover to Aura Boulevard. Turn right at Andrews Avenue at the end of the road. When you see Petron , turn left to the Domestic Road then another left MIA road when you see Nayong Filipino on your left. Terminal ramps should be up ahead.

There are MIA (Manila International Airport) buses passing by NAIA Terminal 2 in EDSA. You just have to walk a distance from the drop off and go to the 2nd floor departure area. 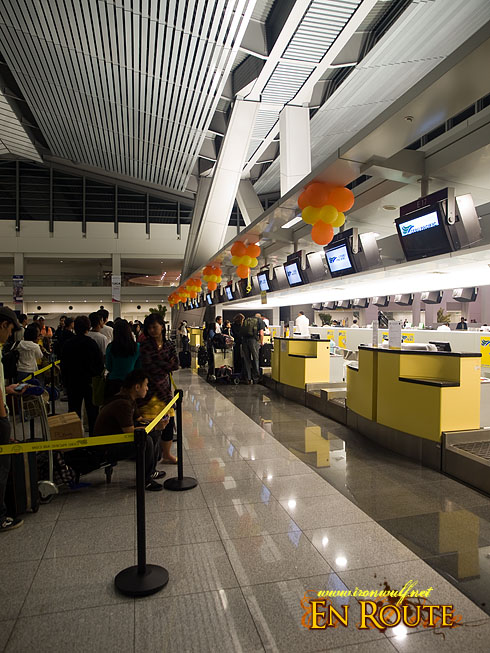 I already wrote about the relatively new NAIA Terminal 3 when we went to Bacolod. Operations here still needs some polishing up. Right now all Cebu Pacific flight (local and international) are operating here along with PAL Express and Air Philippines. But I’ve been hearing booboos here and there. Like recently, I know a person who lost his tripod checked in baggage. Instead of being of going to where he was going it went to another flight. This is really a hassle especially if you’re on assignment where your work relies on it. So a tip, make sure you check the label on your check in baggages.

Road Directions to NAIA Terminal 3 from Edsa and C5:

From Edsa Makati past Magallanes, take the flyover to Airpot Road. Turn right at Andrews Avenue and you’ll see a Caltex Station. make a U-turn and you’ll find the terminal up front another roundabout.

Coming from north via C5 which is my usual route coming from Pasig, drive all the way to Fort Bonifacio towards 5th Avenue all the way to Nichols. You’ll see the rotonda and the entrance of terminal 3 up ahead.

There are jeepneys heading to SM Mall of Asia passing the Nichols through Macapagal Avenue and Tramo route which also passes in front of Terminal 3 at Andrews Avenue.

Taking the MIA (Manila International Airport) buses, you can alight on Airport Road and transfer to the Nichols bound jeeps 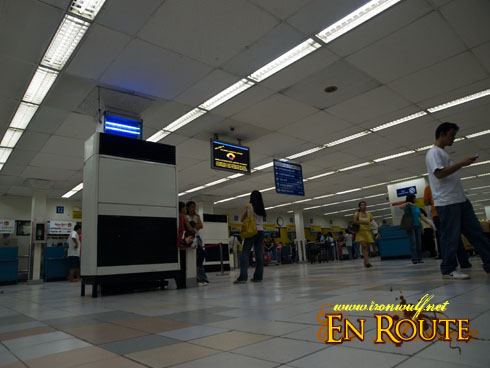 The Domestic Terminal, is probably the most easiest of the airport to find. It’s small and also old but serves its purpose. Right now, SEAIR and Zest Air (formerly known as Asian Spirit) along with chartered airlines use this terminal. With the other airlines moving to T3, this place is less crowded now and more convenient.

Road Directions to the Domestic Terminal from Edsa:

From Edsa Makati past Magallanes, take the flyover to Aura Boulevard. Turn right at Andrews Avenue at the end of the road. When you see Petron , turn left to the Domestic Road. Continue until you see the Domestic Terminal on your left.

Commuting to the Domestic Terminal from Edsa:

There are MIA (Manila International Airport) buses passing by NAIA Terminal 2 in EDSA. You just have to walk a distance from the drop off and go to the 2nd floor departure area.

On NAIA Terminals, there are Airport Taxis which are quite expensive, charging fixed rates depending on destinations.

There are also those yellow metered taxis which have quite an expensive meters than those regulary metered Taxis. If you don’t mind paying almost double the regular taxi fares, you can take these.

In NAIA Terminal 3, there’s the white MGE taxis which run on regular meters. BUT expect them to ask some additional ‘courtesy’ fee on top of the metered fare. Now it’s up to your discretion how much you’ll give. According to the Taxi driver, their company is paying additional fee just to operate at the airport which also pulls in some loses on their operations to compete with the regular airport taxis.

For Terminal 1 and 2, if you would like to flag the regular metered Taxis, usually I would go up the 2nd level on the departure entrance, and flag down those who just dropped of their passengers.

Another option is to walk out of the terminal to the main road and hail taxis and public transportation from there. Be wary still of those who would charge fixed rates or additional fees.

IF there are any updated or additional information or corrections, feel free to comment in.