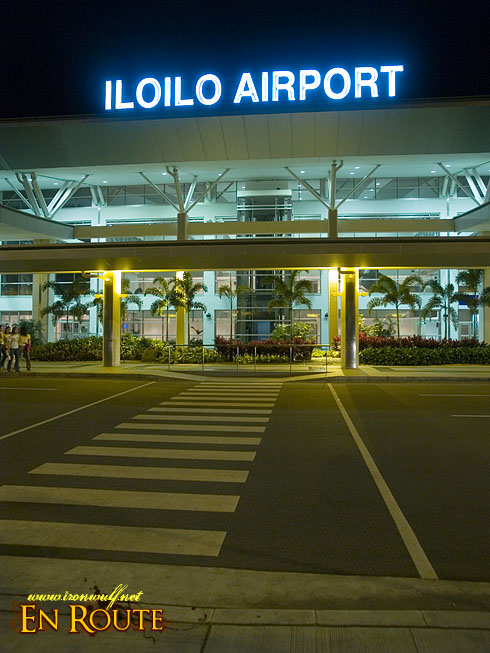 I’m still rummaging through my archives for this year until my next upcoming trips. I realize I still haven’t posted some of my Iloilo materials from early this year. With the Dinagyang Festival coming early next year, I’m sure the region would be getting a lot of tourist traffic by that time. And most of them would go through one of the relatively new airports in the country – the Iloilo Airport. 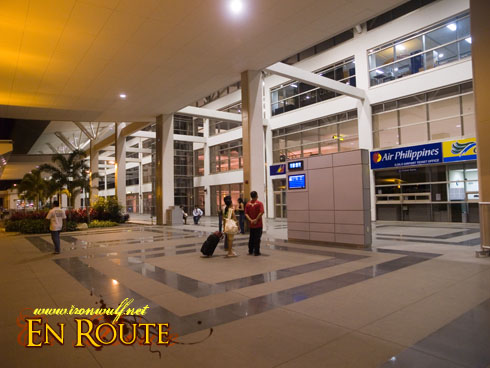 The Iloilo Airport is relatively new since it started operations just last year June 13, 2007. The airport is one of the modern airports in the country that can operate internationally. Though right now only airlines like Air Philippines, Cebu Pacific, Philippine Airlines and Zest Air (starting December) are operating here. They’re expecting international flights to come in by 2009. 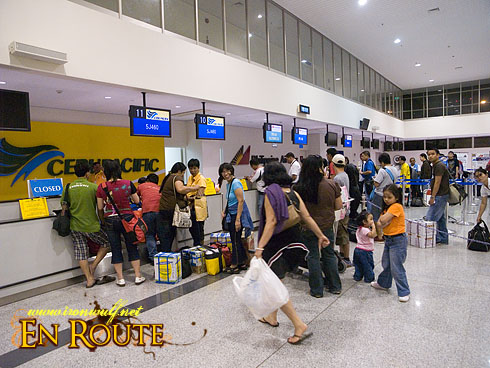 It was during our Miagao to Nagarao trip when I first flew in and out of Iloilo Airport. When we got there, I could still smell how new the place is. I can say it’s one of the nicer airports in the country and the architecture looks similar to the NAIA Centennial Airport though not as big. There are tubes for the planes instead of walking on the tarmac. Check in was smooth and the pre-departure lounge is spacious and cozy. A number of concessionaires are there to fill in to your tummy needs while waiting for your flights. Air conditioning is just alright. 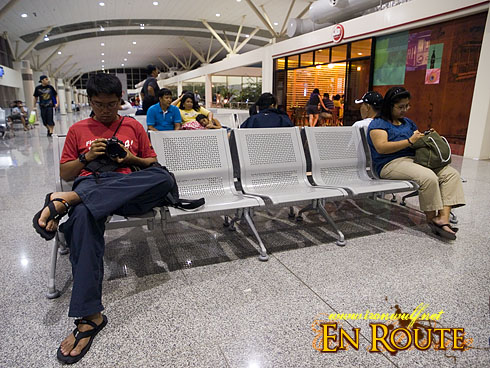 If you have arrived and is heading to the city there are airport shuttles there that operate there with drop off points at SM City, Molo Plaza and Jaro Plaza. Travel time is less than an hour and fare is 50 Pesos per pax. Be advised that these Shuttles are filled in. The drop-off points are also the pickup points of those going to the airport.

Taxi Cabs are also available. From and to Iloilo town proper the cost would range from 150-200 pesos depending on what part of the town you are.

[additional info by Habagat Central] Just also add up the multicab service for those who are really cash strapped. They can take a jeepney all the way to Bangga Dama (junction) in Santa Barbara. From there, they can take a white multicab for ten pesos but you’ll have to wait for the cabbie to fill up (and its a very long wait waiting for the cabbie to fill up) or you may ask manong driver to pay for the seats or “pakyaw”…that means P100-P120 for the multicab.