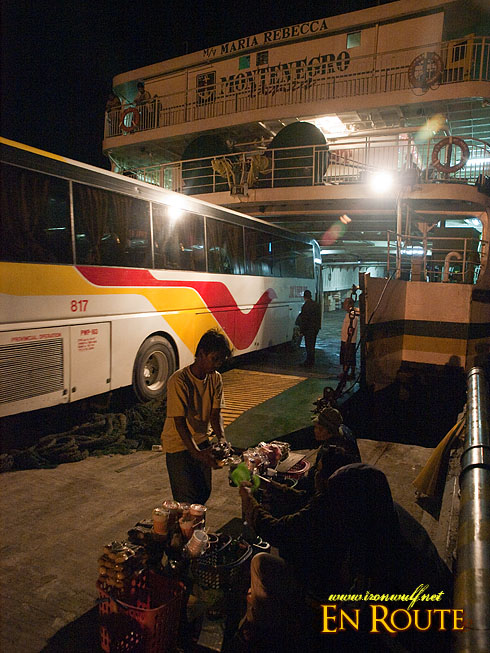 The Philippines has a longer coastline even that of the USA and its geography is composed of many separate islands. To visit other islands, sea travel is one of the most common and cheap way to travel. The Strong Republic Nautical Highway (SRNH) or commonly known as the RORO (Roll-on, Roll-off) Highway was opened by the government. It’s a transportation structure spanning 919 kilometers of land and 137 nautical miles connecting the islands through a virtual highway via RORO-capable sea vessels. Even though air travel is getting affordable nowadays, land-and-sea travel is still popular amongst common people and to destinations with very little air traffic. In my recent visit to Marinduque with friends Oggie and Allan, we took the RORO Highway and here’s my first hand experience on going this route. 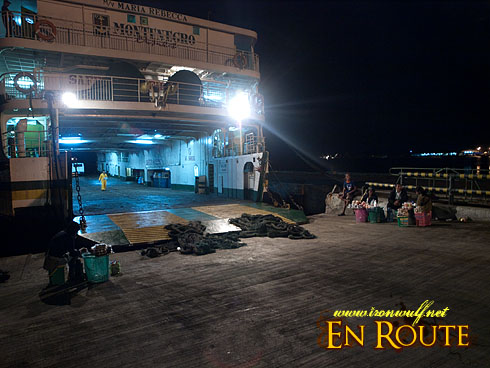 The first time I went to Marinduque there was no RORO yet so I was looking forward to this trip to try it. JAC Liner has buses that has direct routes from Manila to Boac. The fare was 692 PHP with a 25 PHP terminal fee which you’ll also pay to the conductor. It is more convenient so you don’t have to pay individually. One disadvantage from this route is they don’t accept reservations. We were at the LRT terminal as early as 5:30 pm since we were told that there were only 10 slots for the bus coming from Cubao. We had to make sure we’re early to get these seats. A few days before we already called them up to inquire on the departure schedules but it differs from 7 or 8pm depending on who answered. A bit inconvenient really.

There was a list for reservation on seats that night on which we wrote down our name. With Oggie chatting with a passenger, we learned that the list was useless since people would hurry in to get seats. A bit annoying. Good thing the bus wasn’t that filled coming from Cubao when it came around 8:30pm. We thought we left LRT station by 9 only to return at the terminal to get some passengers. Rolling off roughly 9:30pm. That was a long wait. 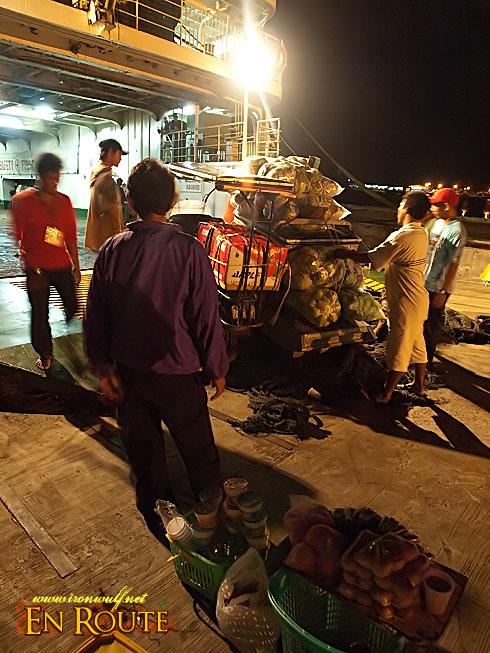 Other goods and cargo being borded in the ferry

Travel time from Buendia LRT station to Dalahican Port was around 3 hours. The Montenegro Ferry was waiting already when we got there by 1:30am. We were hoping to lodge in and get some sleep on the air conditioned section while on the ferry but the aircon was down. We instead rested on some fixed mono bloc-type benches. It’s a good idea we brought our malong since wind was chilly while the boat was on the move. I got a good hour sleep when we heard the ferry signal that we’re approaching Cawit Port which is found on the mid Western Part of Marinduque. it was a little past 5am when our bus rolled-off the ferry.

Going back was another story. Since we can’t reserve for the JAC liner bus going back to Manila, we again have to wait for the passing bus in Gasan coming from its origin point in Sta Cruz, Marinduque. Good thing the reliable staff at Club Mariduque flagged the bus for us while we wait at their resort. That was about 4:45 in the afternoon. The bus stopped a bit in Gasan Market then headed to Boac for a time to pick up passengers. Then by 7pm we were again in Cawit Port waiting for the Ferry. It was actually a long wait. We had no idea when the bus would be moving so we asked the driver and told us that the ferry might arrive around 8pm. We decided to go down the bus have dinner nearby and wait for the ferry to come. 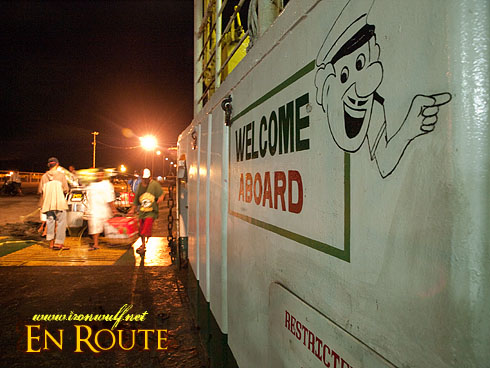 Good thing it arrived roughly at 8pm and moved half an hour later. When it got to Dalahican port, we were wondering why the bus didn’t move. At first the conductor asked some people to go down the bus like the way we went down the bus when it rolled in the ferry. After which some people came back in and we were again waiting. almost an hour passed and I was really getting impatient. We went down and approached the conductor why we were not moving. It turns out the water was too high for the bus to roll-off. They said they will move to another higher port nearby. I was just wondering what they were doing in all that time passing. Wait for the water level go down? They should have moved the ferry to another port earlier, obviously the water wouldn’t go down until near sunrise. A few minutes later they moved finally and we were on the road again.

We arrived in Buendia Makati around 4:30am already. We really were dead tired. I never thought RORO would be so exhausting as this. The travel time from Manila to Dalahican is only 3 hours and the Ferry from Dalahican to Cawit Port was only 3 hours making the total travel time be 6 hours. But our travel extended to almost half a day with 4-5 hours of it is done waiting. Waiting for the bus and the ferry. Since we can’t reserve seats we really had to wait early. Marinduque is such a beautiful place but it can be tiring going by the RORO Route. It’s a good thing I have a book, music and some friends along to keep me company.