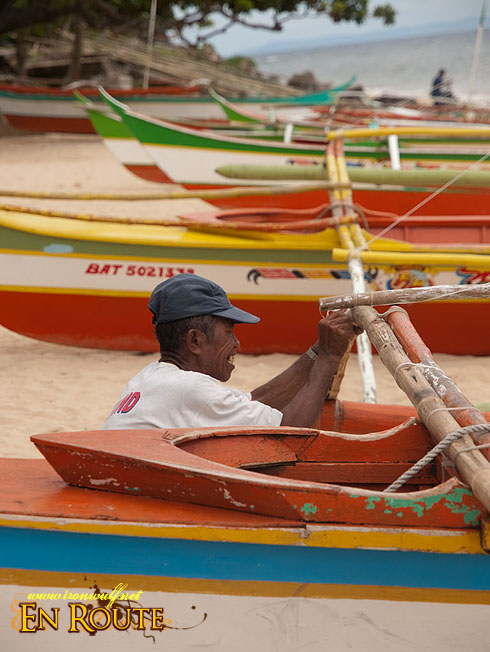 A Fisherman tightening the boat rig knots at Poctoy Beach

Shot with red-eyes from so little sleep while in transit to Marindque, we were dead sleepy when the bus rolled-off from the Cawit Port that we overslept our drop off point in Boac. Fairly waking at a road sign saying Boac is 7km behind us now we realized our bus is heading down south already. It was actually fortunate that it will pass by our destination in Gasan. A lady who was going home back there after 5 years was noting the town they were passing through with her companion. We chatted with her a bit and told her where we’re heading. She helped us point where we would alight and soon we were on foot the main highway at Baranggay Pinggan in Gasan, Marinduque. 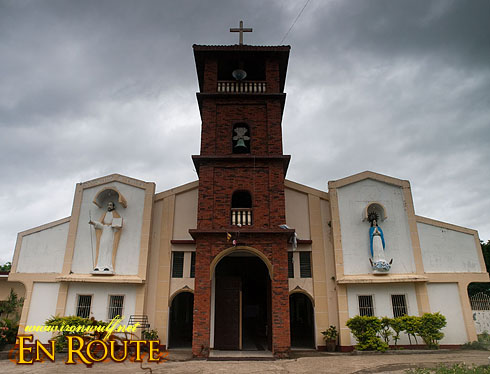 It just proves how kind and accommodating people in the province are. I remember the people doing their early morning house chores focused their attention on us. They asked where we were going on a friendly note. The manong and his neighbors joined in on giving us information on where to go. It turns out the manong was waiting for his son that morning. People were very helpful and were all smiles that morning which was a great welcome already for us from the town folks of Marinduque. 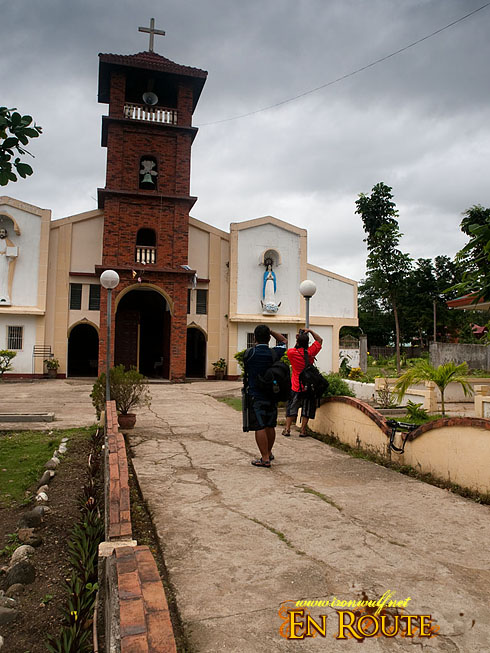 We walked the main highway straight south to find Club Marinduque shortly after passing by a short bridge. It was still around 7am and cool crsip air of the province and the sight of blue sea over the horizon was a refreshing sight. Angie the caretaker led us to check the rooms of the impressive Club Marinduque resort. We checked with the nearby German owned Casa de Asul only to find the German owner still fixing and repainting the rooms and would open by next week. We settled in a 2 double bed room good for 4 at Club Marinduque for 1800 Php for the night. (more details about the resort later) 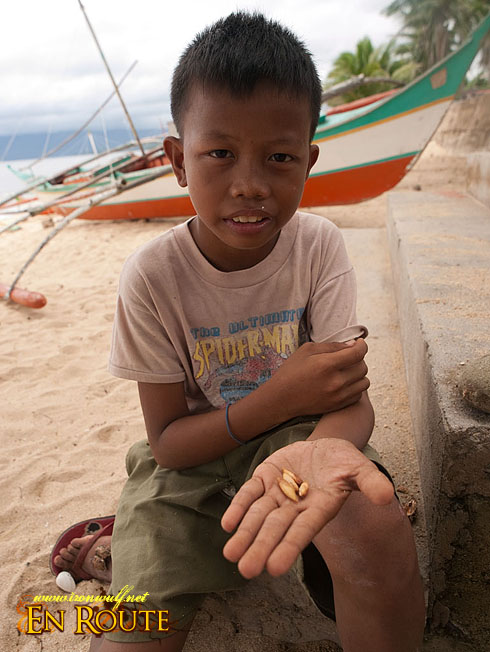 After a somewhat ordinary (and also a bit expensive) breakfast Kiko, one of the resort staff helped us look for a hired jeep. We agreed upon the 2000 Php price to hire the whole jeep for the day and shortly was on the move down south. Doing a counter-clockwise round of the island. We passed by the town of Buenavista down first and fore go it since the Church was not realy old or historical. Found ourselves driving high up in the mountains on overcast skies. Almost an hour long sleepy-drive finally found us in the town of Torrijos. 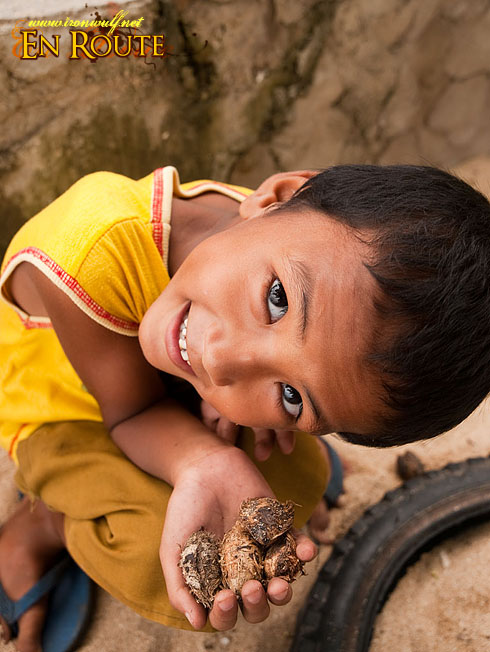 Torrijos is already on the eastern side of the island, we got down on at the Poblacion first and shot the nice church facade of St Ignatius of Loyola. After a while we drove down to the beach. Poctoy beach is a nice stretch of fine cream colored sands. I actually liked the feel of the sand touching the soles of my feet here. I remember camping here with a bunch of travel buddies first time I went here. There were some nice changes there like fixing the decaying restrooms from before. The place wasn’t crowded which is great. 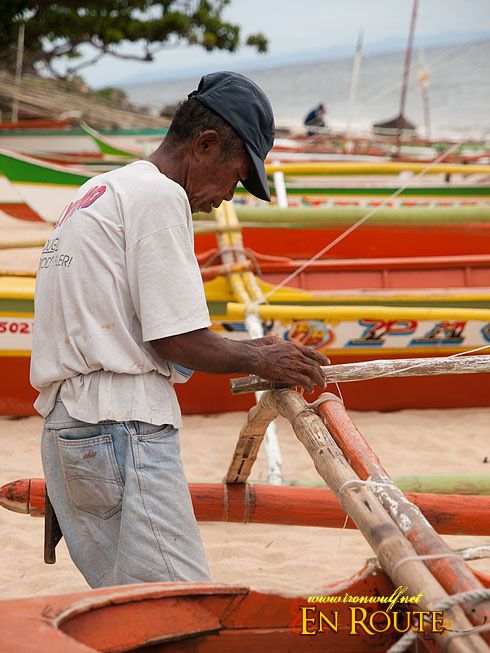 Afisherman tightening the knots of his boat rigs

Since the sky was overcast almost mid through the day I just focused on some characters on the beach. I saw a kid who was hammering something with a large rock and saw it was those talisay nuts. I didn’t know the nuts where edible. A lot of fishing boats were on the shore and a fisherman tightening the nylon rope knots of his boat rig was there. A livelihood seminar was taking place on the beach and further were a family enjoying the waters. Poctoy beach is one of the more premier beach in the island. It has a very nice view of Mt. Malindig on the right though at that time it was covered by clouds. 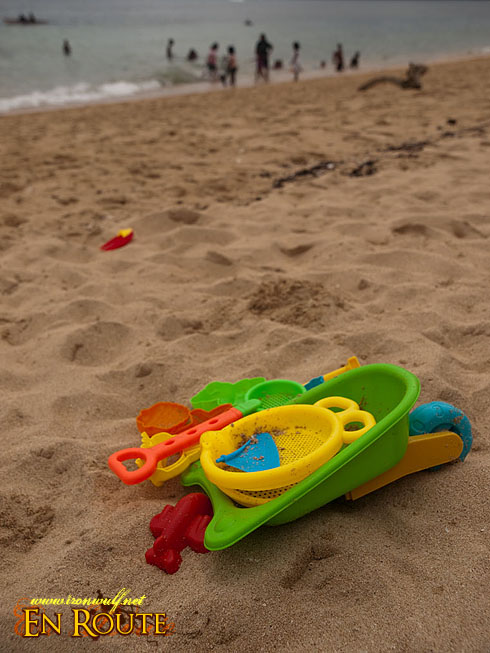 We moved on after a while back on the road. It was nice be here again seeing things improve while staying almost the same. Where heading northward this time to the town of Sta Cruz.