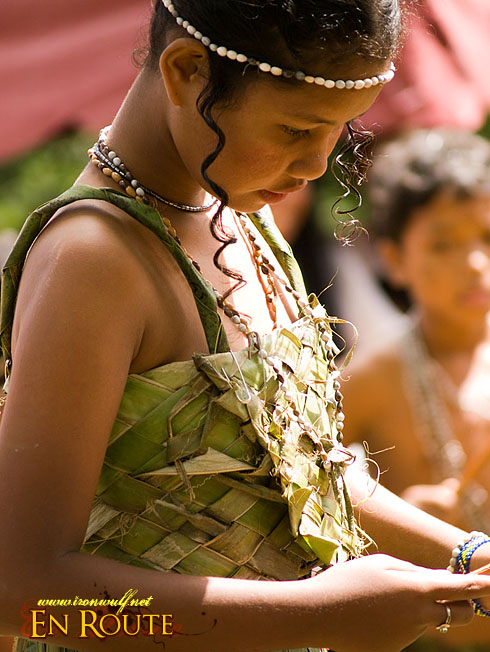 Last October 25, I was assigned to cover the 10th Iraya Kaaldawan Festival in Puerto Galera, Mindoro. The festival is held every year to give honor to the island’s indeginuos people – the Mangyans. I’m sharing here b-side images that didn’t make it to the publication which will come out (hopefully) sometime soon this month and is ok to share. 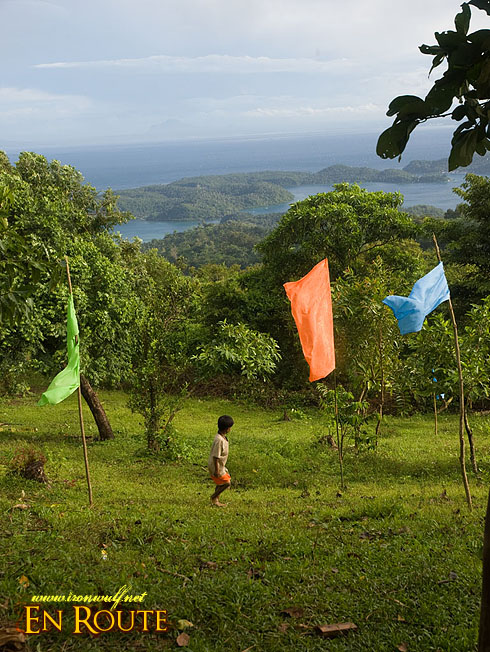 My host in Mindoro and I were already up about 5am to join the trek to the mountains starting from the town center of Puerto Galera. On previous festivals, the Mangyans are the ones who used to come down from the mountains but this time it’s special. It’s the lowlanders who will visit the Mangyans in their settlement up the mountains in Barangay Baclayan. 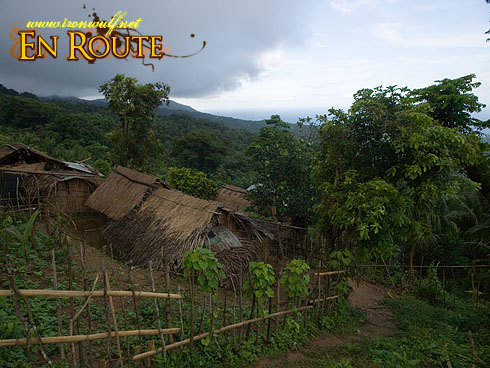 Since it rained the night before, the hike took almost an hour due to muddy trails. But still, I could see the enthusiastic glow of people, young and old hiking. The reading on my GPS tells me we’re 361 meters above sea level and from the Mangyan settlement, I could already see some of the nearby islands of Puerto Galera. There is a newly built structure there which would be their new multi-purpose recreation hall. 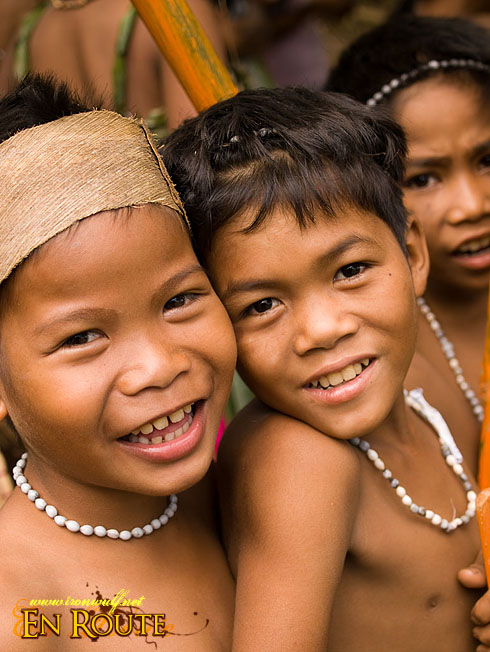 Mangyans have several sub-groups scattered around the island of Mindoro. Those living in the Bacalayan settlement are called the Iraya Mangyans. Their features are also common as other Mangyans – curly or deep wavy hair and dark brown skins but not as dark as the Negritos. They live through harvesting agricultural crops and hunting small animals for food. 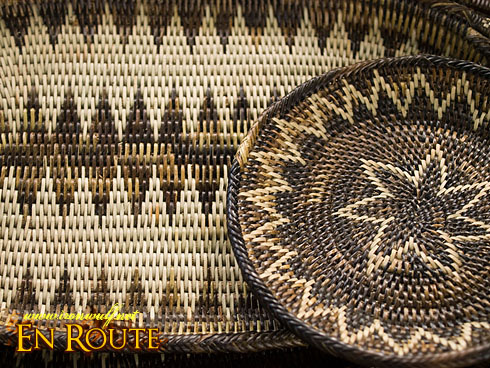 But among the Mangyan tribes, the Iraya Mangyans are the most creative in the lot. At the festival, handicrafts were up on sale. There were jars, plates, bags, containers and bracelets as well. They were solid and very intricate in design. The Mangyans however are not fit for mass production of handicraft goods since they only make them when they are in the mood which the locals sid are in their inspired and dreamy state. So each crafts they make are unique. I bought a few containers and bracelets since they are sold quite high in price in Manila. 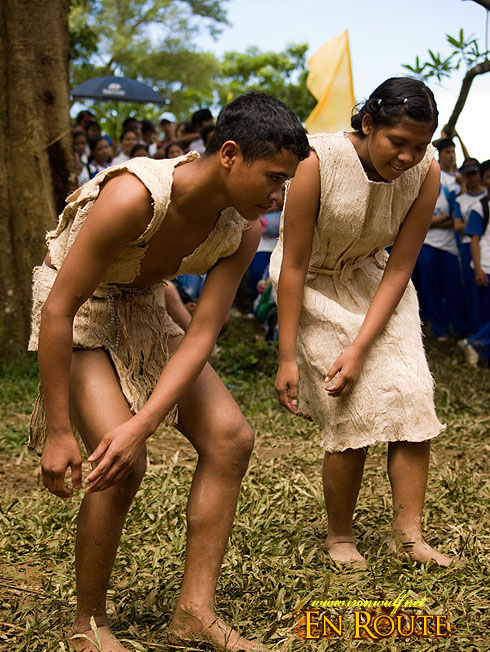 Their native dances and songs performed by the Mangyan students was culturally enriching. Most of them are garbed similarly to how the ancient Mangyans are garbed – blouses, skirts and loin clothes weaved from cottons made by pounding dry tree barks. The Mangyan native dances mimics their daily life of harvest and thanking the spirits for their bounty. A large number of Mangyans still embraces their Animism roots while a small portion are already converted to Christianity. 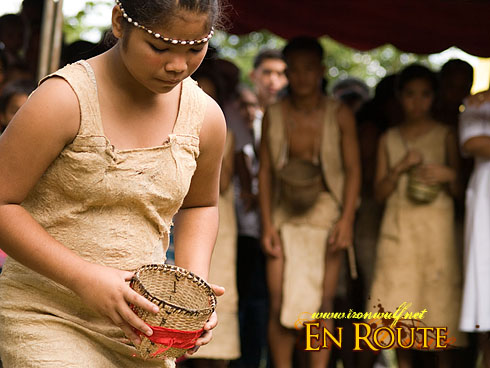 The younger Mangyans sang songs of how gentle they are as people and even though most are not highly educated or looked down by modern society they are still Mangyans and are also people to be treated with respect. This song is quite true that lowlanders maltreat Mangyans both in trade and even discriminates them on public transports. Even the word “Mangyans” is used as an insult similar to the word stupid. 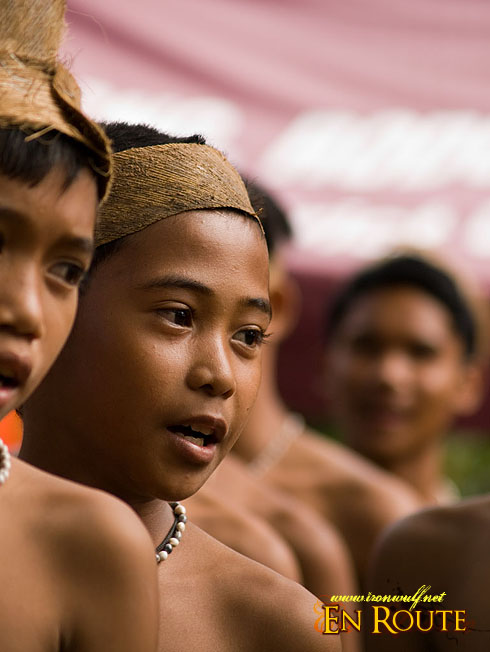 The Iraya Mangyan’s Kaaldawan Festival may not be as grand as other festivals in our country but it serves to remind us that Indigenous People such as the Mangyans are part of our rich Filipino Culture and their creativity and talents should be recognized by all. The local government of Puerto Galera as well as NGOs such as Tourism Sector Coordinating Association (TOSCA) are putting up projects to help Mangyans livelihood in the tourism sector. The Recreation Hall was a start which would serve as a tourist center at Baclayan. 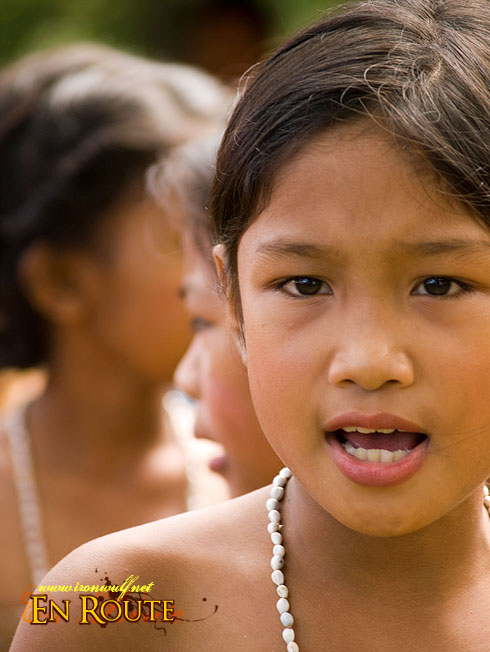 Another project launched by TOSCA with the help of NGO, Peace and Equity Foundation (PEF), and funding from the World Bank was the development of the Baclayan Hiking Trails. This would serve as additional livelihood from farming and deter illegal logging in the area. TOSCA even sent a few Mangyans to train with the Aetas at Subic Survival Camp who would then apply their expertise to the Mindoro Trail. The Baclayan Hiking Trails opens this Decemeber. Now Puerto Galera has both lowland and up mountain attractions to engage incoming tourists.