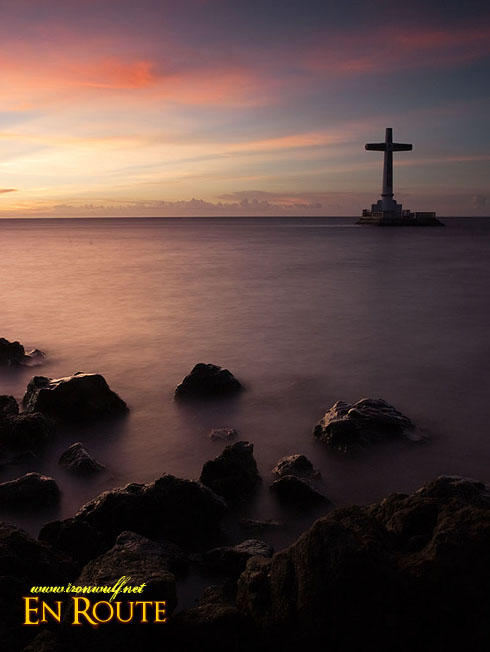 Getting into Camiguin was fairly easy, by mid-day we were already at Benoni Port. We got hold of a multi-cab who agreed to wait for us while we had lunch. We had a very satisfying lunch at J & A Lagoon at the nearby Tanguines Blue Lagoon. We had to pull ourselves from one of their huts lest we lull into sleep from the tranquil view of the lagoon and afternoon wind. Soon we were off to Yumbing. 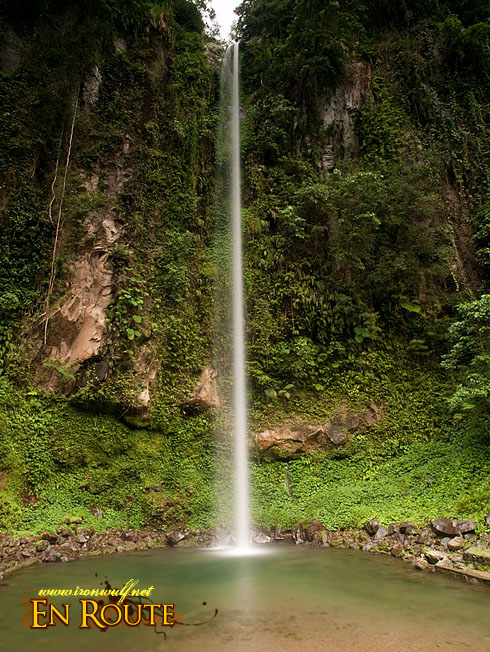 Yumbing is almost an hour ride from Benoni Port since it’s on the north-western side of the island while the later is on the south-east. On the ride, the multi-cab owner was selling us this tour of the whole island. Suggesting an itinerary that we’ll be on a certain sight at this time. Camiguin is a small island, if I was a typical tourist, I’d bite into his offer to cover the whole island in a day on his ‘Tourist Tral’. But we’re not. I’d rather spend time and enjoy places and not zoom them out of the itinerary just to cover as much as I can. Soon the guy left us saying his wife was calling at the port. But we remembered he doesn’t have a cellphone when we were asking him. He’ll probably watch out for other tourist and left the multi-cab and driver to take us to Yumbing where we had arranged our accommodation. 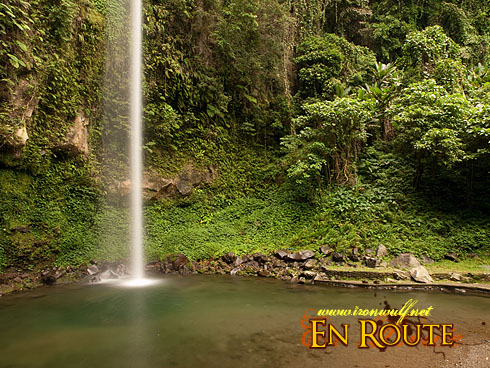 It was a pleasant ride at the coastal road of Camiguin, I find the island really charming and clean as we pass its provincial scenery. We reached Mambajao at the north end of the island, the capital of Camiguin where Yumbing is also a part of. Soon we were in the Secret Cove resort and got ourselves on its fairly basic double room accommodation. We paid our multi-cab Php 350 for the ride. Secret cove is a nice resort if you want to stay near White island and just outside the resort, there are a number of Sari-sari stores and carinderias (eateries) to eat and buy supplies. It’s also nearby a public market where a number of habal-habals are waiting to be hired. 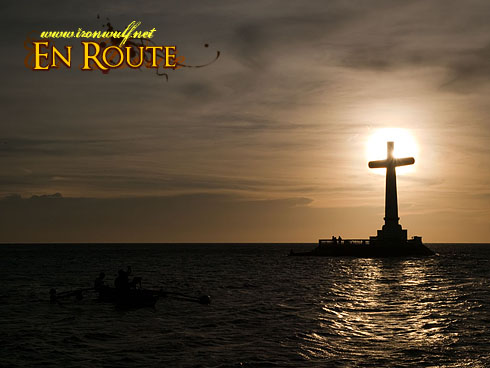 We hired a habal-habal nearby to take us to two places that afternoon. If you intend to go around Camiguin, hiring a multi-cab for large groups or habal-habal for small groups are recommended. Make sure you just agree on the price and places to visit first. The first stop is the Katibawasan falls on the north-east side of the island. 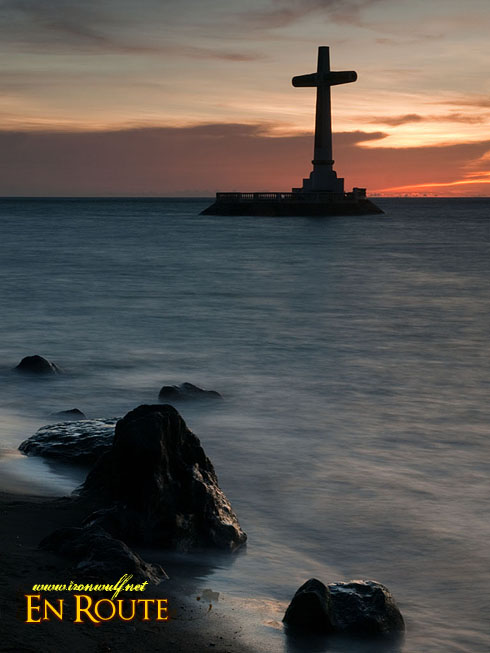 Katibawasan Falls is one of the main attractions in Camiguin. The place has been developed into a park and has a minimal fee of Php 10.00. Cemented steps and a few cottages are already placd there. Fortunately at that time, we were the only one at the place. The falls has a majestic height of 250 feet. But it’s alarming to notice at that time how poor the water flow is even if it was the rainy season. I’ve seen pictures before and even lagal[og] noted how the pool overflows before but now the water pouring is significantly less. Have the water source dried up? 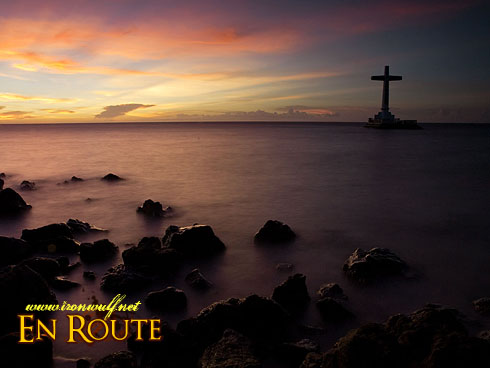 From North-east we drove then to the western tip of the island at Barrio Bonbon where the Sunken Cemetery was found. We timed it exactly on the sunset to get the best light on the place. A huge cross can be found just off shore to mark the location of the community cemetery 20 feet under water that sank last 1871 when the island volcano erupted. It seems the site is also being developed to. Before, the cross was platform was floating and anchored to the sea bed, now its made of concrete. A viewing deck is also being constructed at the shore entrance. I’m not sure if I should be glad about all this development.

Nevertheless, the first few stops gave a glimpse of what Camiguin has to offer. I love the coastal road with the view of the sea from Mambajao going to Bonbon. Lovely scenery that reminds me much of Batanes. There was also the unfortunate incident of my friend, Lagal[og] loosing his camera in Katibawasan Falls after it fell to on the rocks and half soaked on the water. Honestly, I wouldn’t know what to do if that had happened to me that early into our trip. Good thing he was able to continue on with the trip.