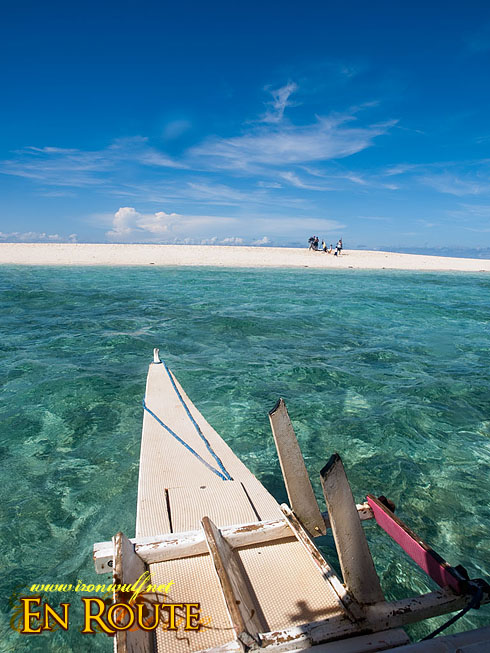 The early morning downpour have deterred our original plan to visit White Island just off the cost of Yumbing where we were staying. Since it was raining and there was nothing left to do, but catch back some sleep. There’s no use fighting the weather. But waking up mid-morning to a sunny day was surprising. So after a quick breakfast at the nearby eatery, we headed off to Camiguin’s White Island. 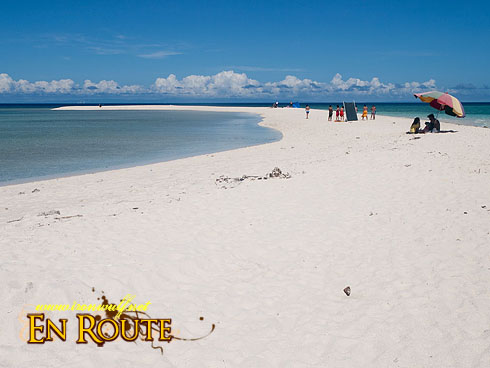 On the map or even on some aerial pictures I’ve seen of White Island, it looks like a giant horseshoe. But then again it changes depending on the tide. We hired a boat at Johnny’s Dive Shop for Php 500. The boat can wait for us or come back on a designated time. It can actually take four to six persons which is actually reasonably priced. 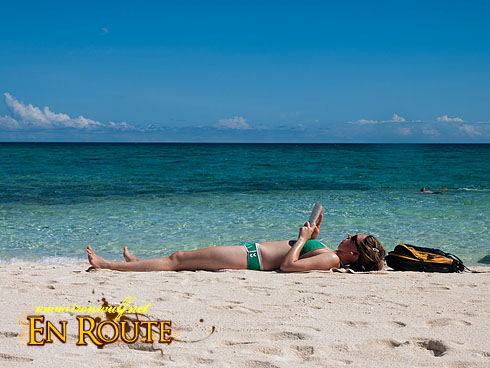 White Island Reading under the sun

It was a pleasant half hour boat ride (maybe even less) on that beautiful turquoise waters on that side of the ocean. From a distance the island looks like a thins strip of white paper just floating steadily above the horizon, bare an unadulterated as it can be. 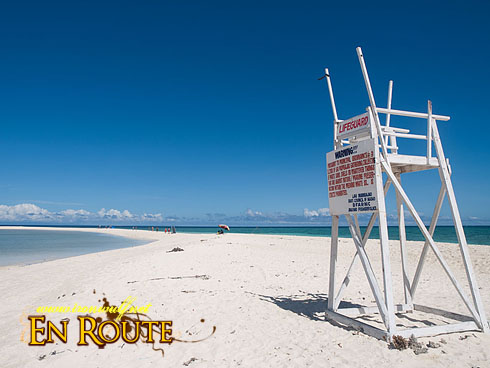 There were already a number of people on the island, a mix of local and foreign tourist, having a grand time whether swimming, snorkeling, sun bathing or simply reading. Unless you plan to be a sun lizard and worship the sun, you have to bring your own shade since there are non on the island. There used to be a small shelter before as I’ve heard but the local tourism decided to preserve the place as bare and natural as it is. Only a life guard post and some dried up tree trunks are standing there. The White Island is also a protected area. There were police patrols wearing conical hats doing some rounds when we were there. 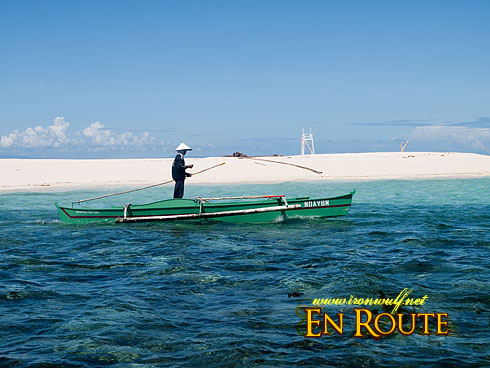 People usually go here on a day trip since it’s nearby. The sands vary from crushed corals on some side and to tiny granules on the other. But what I really like is its purity as a white beach that you’ll simply enjoy as it is. We stayed here at least an hour either going from side to side of the island, swimming, lingering around or do nothing but stare at the sea. 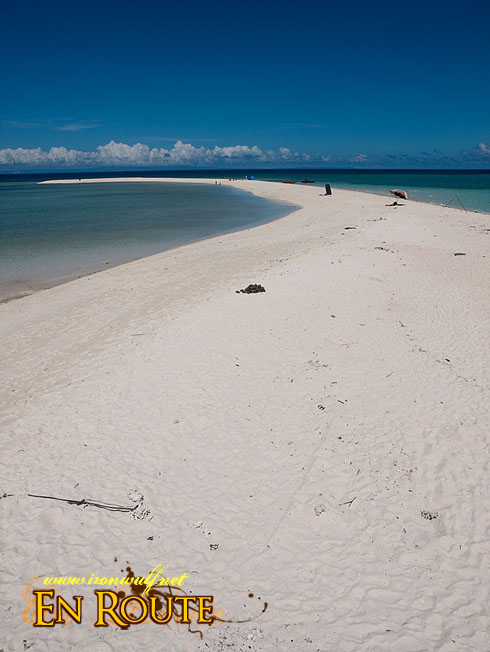 I really enjoyed my brief stay on that island and thought that it’s one of a kind in our country. Now there are sand bars and small sand islands in some parts but this is the largest sandbar island I’ve been to. All I can say is it’s very nice and scenic. One of Camiguin’s highlights.