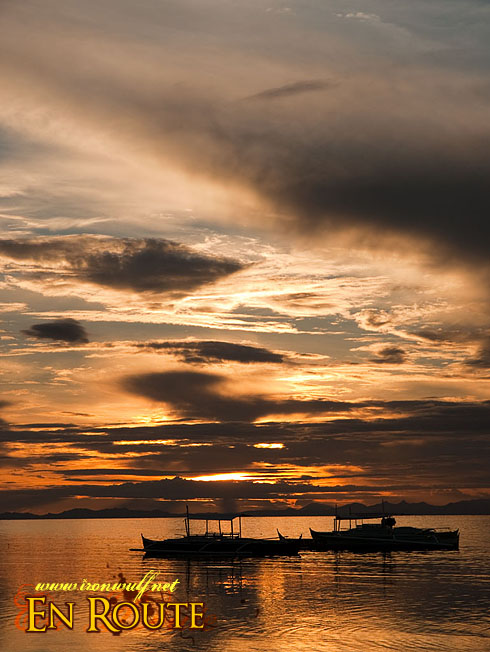 It was a few days before our Camiguin travel when I saw a Howie Severino feature on Mantigue Island on TV. The island has a controversial issue regarding long time island residences who refuses to leave the island since the local government and tourism wanted to convert the whole island into a protected area. Since we were in Camiguin, we decided to check this out on ourselves. Things fell easily on place as our habal-habal driver, Jun, is a neighbor to a relative of a residence on the island. We easily secured a boat and a place to stay there for the night. 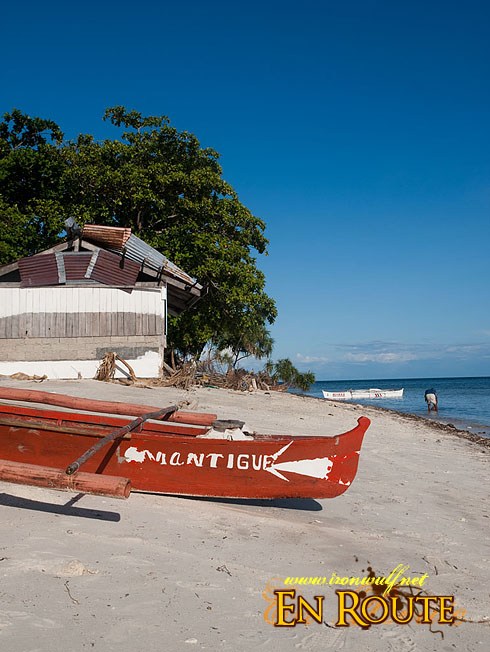 We met Jeffrey, a young lad, near the Benoni Port where he’s large boat was waiting. He lives on the island and he hangs around the area to get supplies and also caters for some tourist as well who wants to visit the island. Prior to this, we were asking several people on how long the travel going to Mantigue is. We got varying answers from an hour to two hours so we were like getting ready ready for a long boat ride. It was a pleasant surprise that from Benoni, it took only less than half an hour to get here. 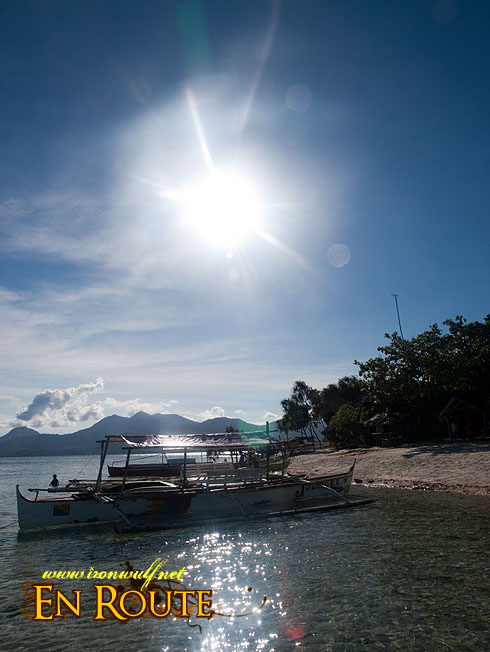 The boat ride was pretty smooth that afternoon and the waves unusually 3d-smooth. Mantigue island from a distance has a shiny white glimmer from it’s sands much like White Island but has really thick Forest Cover in the middle. The ocean waters was crystal clear as we approach the island. We could see large table corals and numerous species of fishes swimming around. It was beautiful. 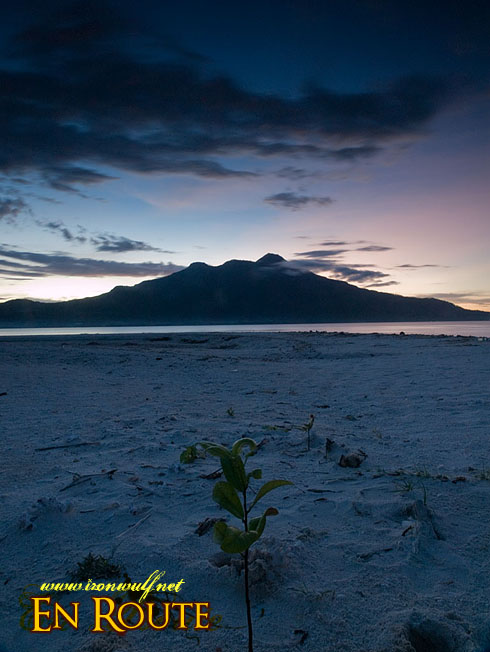 Mt Timpoong and a Talisay Seedling

Jeffrey led us to a cabana for the meantime as he attend some matters first. The community there seems to have settled well. A number of houses made from sawali and wood, clustered together and inside there’s a cemented basketball court where we could hear people playing. Shortly, Jeffrey showed us a lone Cottage that would have been a great place to stay. It has two bamboo beds but the whole cottage can accommodate more than 6 people. Overnight stay there is only Php 700 but we had to wait for word from Jeffrey’s brother if a pre-booked guest would come in. 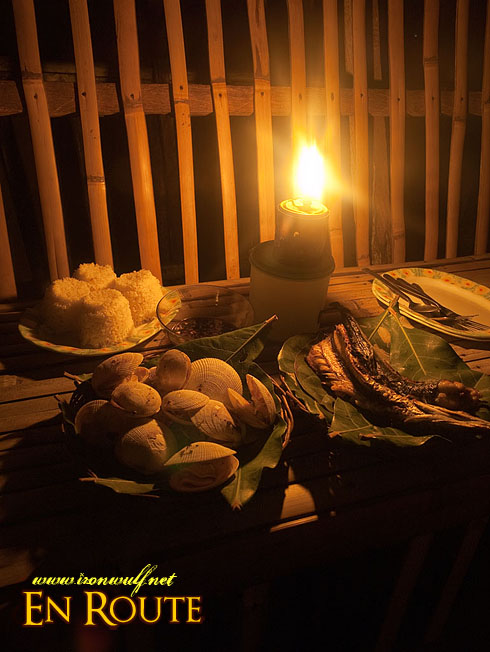 While hanging around the Cabana and playing with the local friendly island dogs, we were approached by a man who seems to be a government tourism representatives. He was continuously talking to us in English. He was accompanied by a couple or armed local guards and he came there informing us of the Camiguin’s local government’s plans for the island. We also had to pay an entrance fees if we are going to swim and stay on the island overnight. There are also various fees if you are going to camp and also dive the reefs. We paid our applicable dues and he left. The residences of Mantigue just allowed him to be but I could feel their coldness towards him. 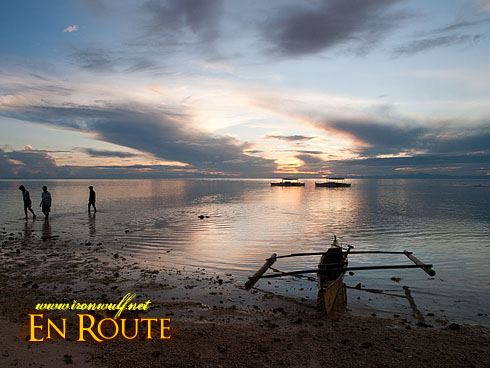 After the Government official left, a resident asked us to sign a petition sheet to help them stay on the island and other conditions. Honestly we didn’t want to meddle on any local affairs so we didn’t sign anything since a signature is a strong sign of support on one side of the fence. We came here to see and observe and be objective as much as possible leave things to Camiguenos to settle. 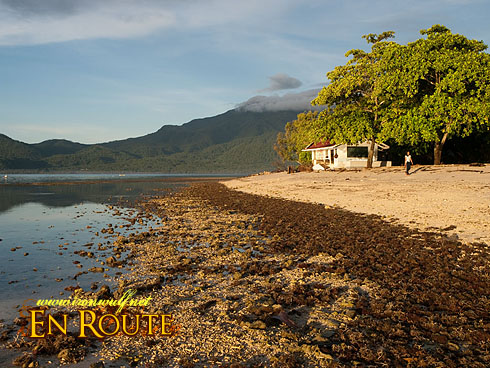 While waiting for word, I decided to roam around the island. Mantigue is a small island, it took me only less than half an hour to circle through it. The island geography is mostly made up of white sand much like White Island. It has a very wide and long stretch which I’m sure beach lovers would enjoy. The internal forest is home to a number of bird species as well. The government official and the island watch guards stays on the other side of the forest. There are a number of Talisay seedlings there which is part of the government’s reforestation project. One reason why the local government wanted the residents here to leave is bring back the migratory birds that usually visits the island. With human presence there, these birds became a bit wary to land on the island. 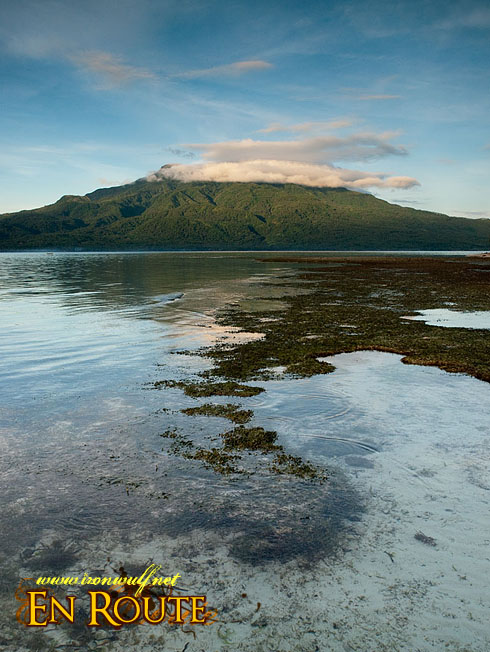 By nightfall, we received word that the cottage wasn’t available so we had to homestay at one of Jeff’s relatives. At night there were only selected houses with electricity powered by fuel generators. On where we were staying our light were only candles and gas lamps. For dinner we were served grilled Tambayang Shells and Balo (haba) Fish. The shells, especially the small ones were real tasty. With nothing much to do, we chatted with Jeff’s female cousin who’s still in high school studying. Kids here have to always ride a boat to the island going there and back just to study. His grandfather has a boat which she uses to commute going to school. The night signaled an impending thunderstorm which brought in some cool breeze. We stayed on the house sala for the night. 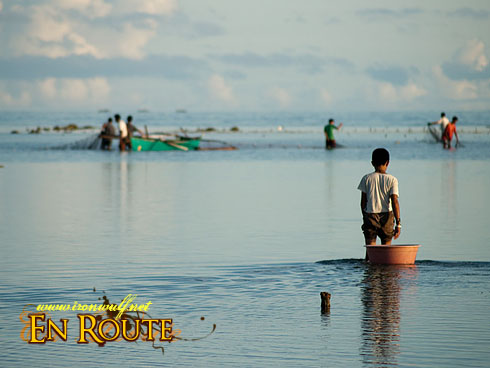 with the no noise pollution on the island, the sound of the storm, the grumbling sky, the crackle of the lightning and the fall of the rain seems to have intensified that night. It felt like I’m in a THX cinema where all the dolby surround sounds set to the highest. I was able to snatch in some sleep throughout though. I woke up to the sound of morning prayers at the church nearby. The rosary were prayed around 5am and the rain has abated. Most people are already up here early morning. 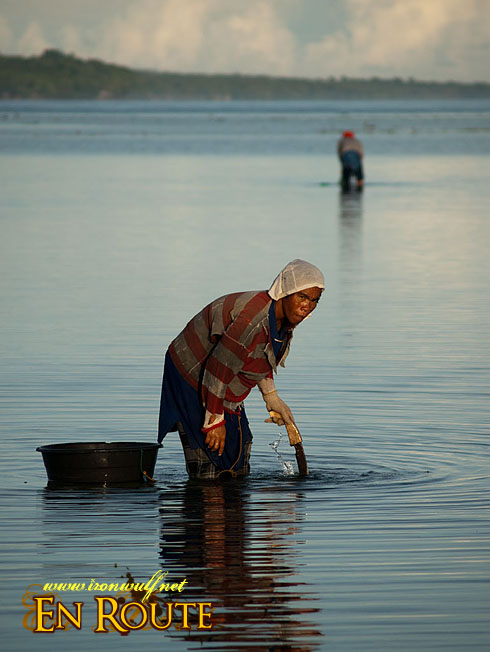 We went to shore and found the calm sea mirroring the bursting warm hues of the sky. As always, nature is more vibrant after the rains. Fishermen started to haul their boats to the sea. Mt Timpoong looks glorious with the capped clouds. On the other side, people were heading to the sea with their buckets and large knives to harvest for edible shells. Seeing all this, it seems that people here are very used to this way of life. They harvest and earn their living through this. It isn’t surprising since their families have been living here for more than 60 years. All the families here are related to each other. Originally there are 40 families living on the island, but due to the dispute, some decided to move to the mainland but the remaining 24 families still prefer to continue with their way of life on the island. 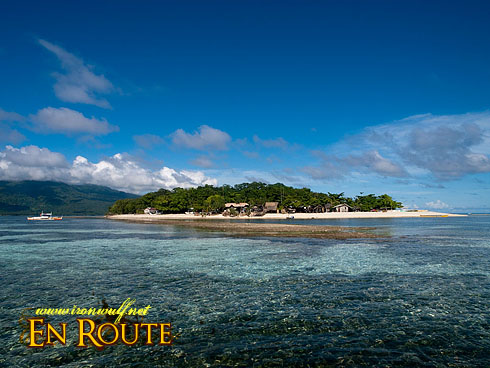 Manitigue Island is a beautiful island with very rich environment. It’s a diving site and a bird sanctuary but it’s also home to some people. So should people go to the island despite the quiet dispute between the government and the residents? Sure, everyone should see the wonders of the island, just don’t meddle with the local affairs and let them settle the issue on their own.

SUPPLIES: there are sari-sari stores but no refigrigerated drinks. Water is rationed from the mainland so bring your own.

ACCOMMODATION: there is only one cottage available for guests, with 2 beds but the room can accommodate up to 6 pax; php700/night.