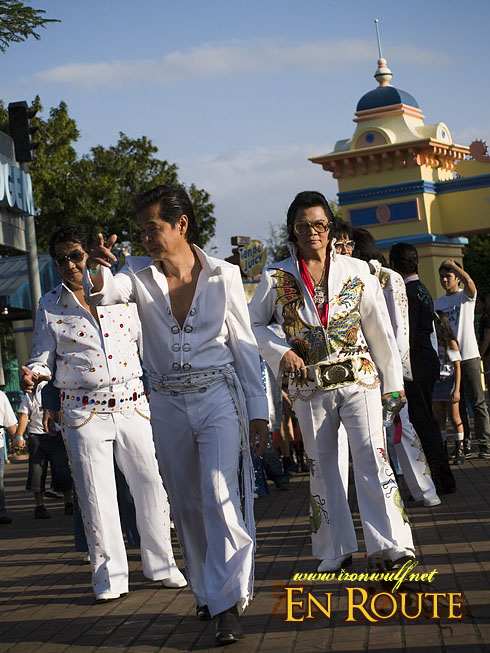 It’s been quite sometime since I have visited Enchanted Kingdom, considered as the premier amusement park in the Philippines. So when the opportunity came through an email invitation from Myla of Enchanted Kingdom to take part on the event, I thought this would be a fun day and decided to join in with the other bloggers. The last day of the month of January pays tribute to the king of rock and roll – Elvis Presly! 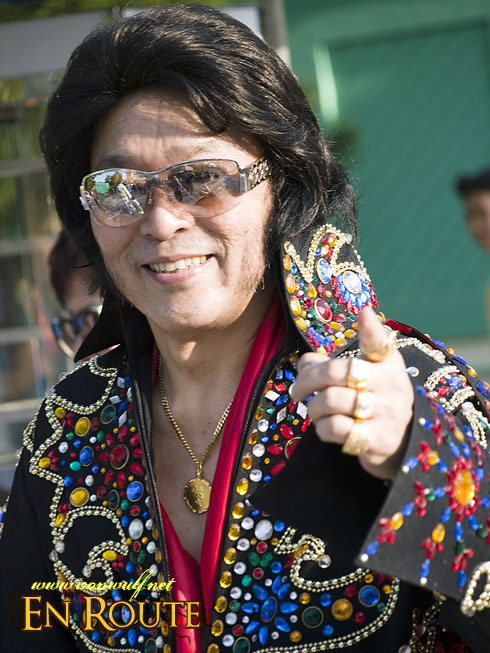 To be honest, I really find it funny when I see people try to impersonate Elvis. Those flashy, buttoned-down white costumes along with those loose pelvic-shake movements and sparkling sheen plump-front hair with some loose hair strands swaying on the forehead is just a standout. I guess that’s a good word to describe Elvis, a standout musician whose work influenced a lot of people until now. I guess those fans, behind the glitz and glamour, just wanted to bring that sparkling energy back and share them to the new generation. 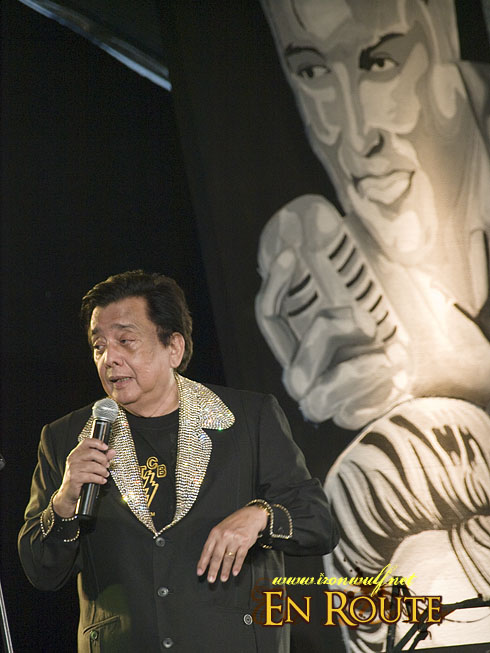 Enchanted Kingdom pays tribute to Elvis on its birth month of January. There’s this grand parade and also a singing contest hosted by none other than the first Filipino Elvis Chito Bertol. It was just real fun watching their performances and one could see real passion in them. Young and old doesn’t make a difference. 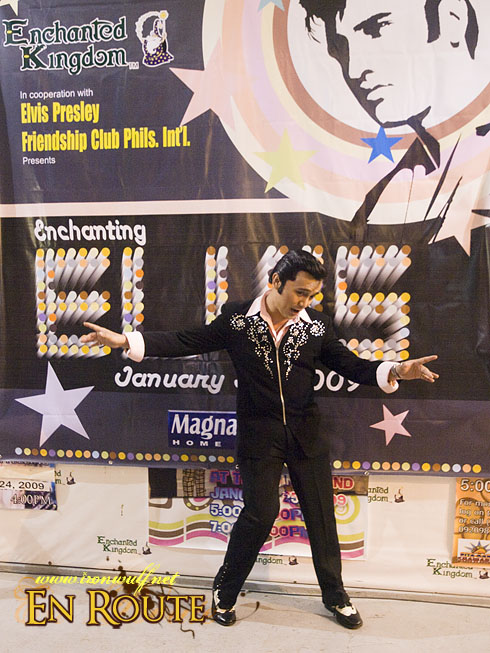 It was a surprising end though as the younger generation Elvis Eric Alvarez got the main award. I saw his performance, he has the young Elvis look at first glance and sings well too. But the runner-ups Ed Agbayari and Jun Capili put up an awesome performance as well. It was fun show, something that compliments their rides.

*(with thanks to Byahilo’s referral)