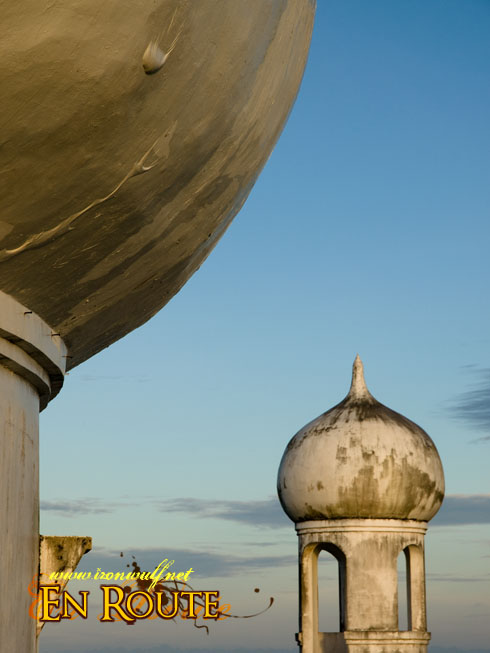 The southern most tip of Mindanao holds a lot of mystery to me which may attribute my excitement about visiting the place first time around. But mention the word Tawi-tawi, Mindanao, the first impression I get from most people is “Di ba delikado dun?(Isn’t it dangerous to go there?).” With all the negative news Jolo, Sulu is getting, people are afraid to venture further that region. Honestly I also have some expectations when I went to Bongao, Tawi-tawi but gladly, I was proved wrong in my initial notions about Tawi-tawi. 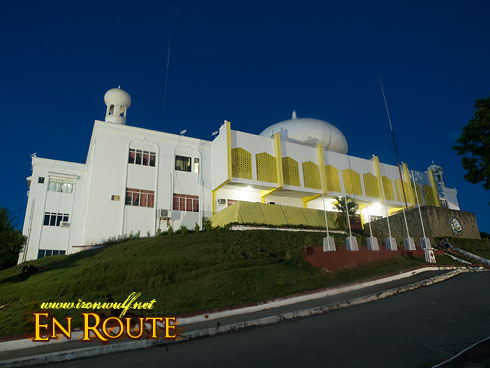 Tawi-Tawi is relatively a safe place. When we first contacted tourism supervising officer Kit (Sirikit Arip) a few months before, she was very enthusiastic about having visitors. She said “Lagi na lang kaming nadadawit sa gulo ng Sulu eh tahimik naman dito (We’re always caught up with the troubles in Sulu but our place is peaceful)” We found this to be true, people of Tawi-tawi is certainly disappointed with Mainstream media for paintig te whole region bad. 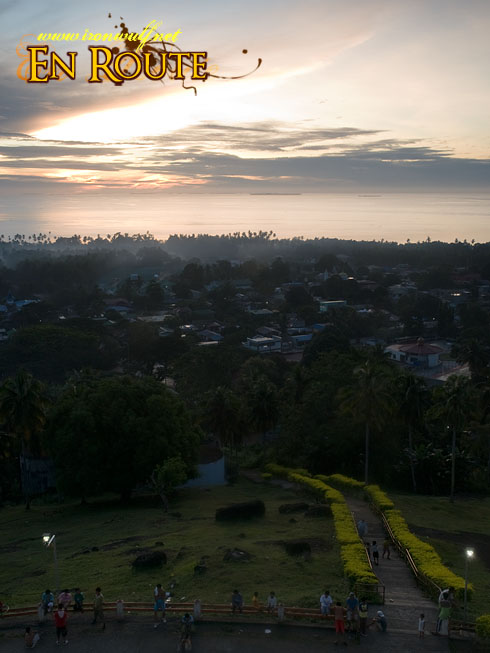 I say here ‘relatively’ here, because like may other places in our country there are places in Tawi-tawi best avoided or ventured with local guides like farther islands of Simunul or Sitangkai. The town of Bongao however is very safe to go around. The Philippine peacekeeping force is based here so security isn’t a problem. In fact many high key visitors like Ambassadors from US, Canada, Czechoslovakia and France often visit here, but of course local media doesn’t mention that. 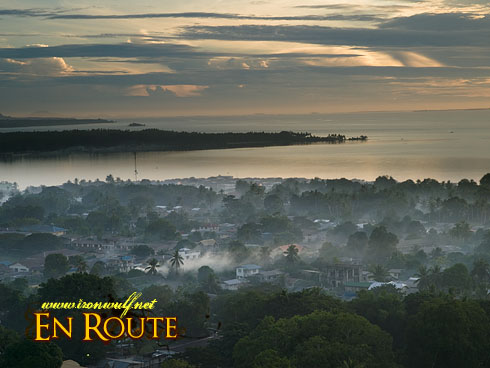 Tawi-tawi is a melting pot of religion. My initial thought about Tawi-tawi is that it’s an all muslim community, but that’s wrong. In fact, I think this is one of the places in our country where people really respect each religions and the co-exist here peacefully whether they are Muslims, Christians, Inglesia, Adventist. No one will impose their religions on you and the key word here is Respect. 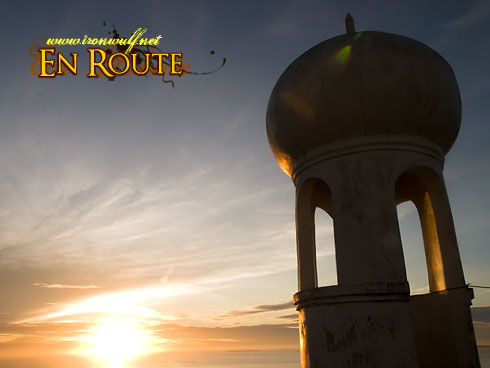 We were fortunate to witness a Muslim pre-wedding tradition of Pamutong, or a giving of dowry from the male to negotiate and set a date of the wedding to the parents of the bride. This was for the son Mrs Salve, the provincial tourism head. His son is a Christian and the bride is a Muslim. 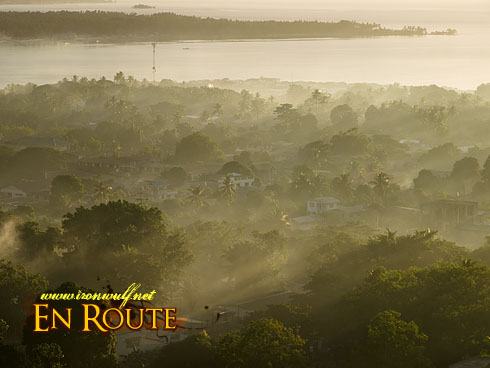 Tawi-Tawi is a developing place. One of the funniest notion of Tawi-tawi I heard is that all the people who lives there are indigenous and everyone lives on stilt houses and nipa huts. While Bongao is still far away from major provinvial cities, the place is developing well. In fact there are some investors eyeing to do business here. While small, they have the infrastructure they need. Facilities like cable TV, internet and telecoms are available. Smart though is much reliable here than Globe since the latter can be spotty at times. 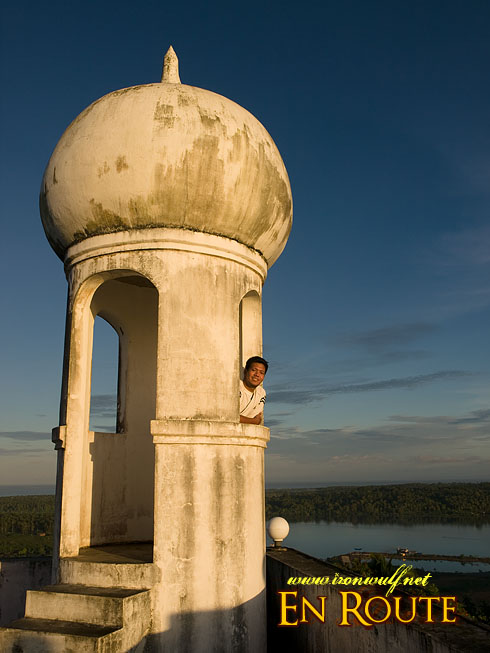 The author at the minaret window

Bongao, Tawi-tawi is really a hard place to visit. But the experience of going there, heck even breaking those initial notions about this place is worth enough.