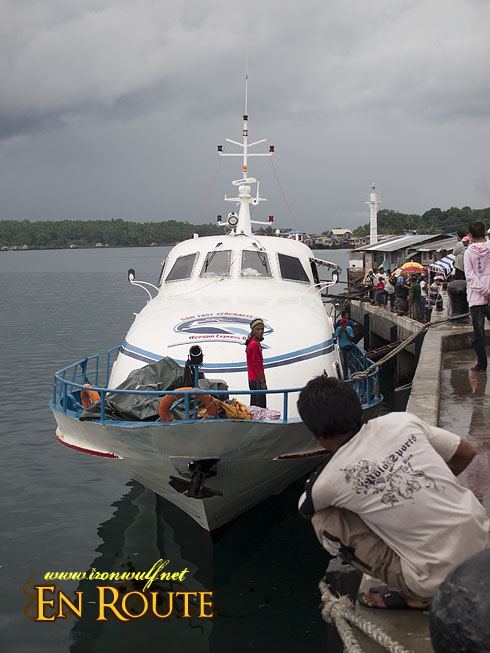 Tawi-Tawi is a hard place to reach and its jump-off point is Zamboanga City. The most common means of traveling to and fro Bongao, the capital of Tawi-tawi is by sea. Curently, there two options, the Aleson Shipping Lines Ferry and the Weesam Fastcraft. The former is slow but it’s how the locals do it and can be quite interesting and the latter is fast and comfortable. 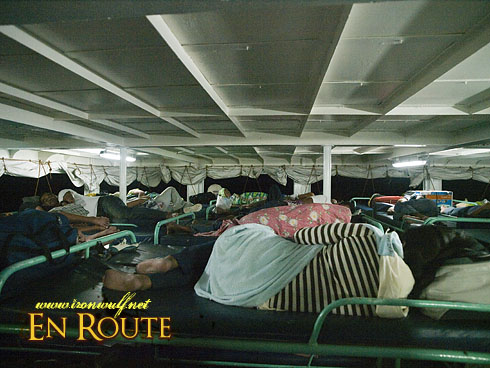 Going to Bongao, we first took the Aleson Shipping Line’s ferry. Now this one is very popular but is very slow. The ferry usually leaves at 6 in the evening and arrives 16 hours later, around 11am the next day. This is how the locals do it and its a very interesting ride. We had designated bunks on our tickets at M/V Trisha Kersten 2. It’s the first time I took a long ferry ride like this. It’s a bit uncomfortable at first since the bunks are open space there are annoying smokers, some little crawlers at the bunk beds and of course the boat swaying wildly like a pendulum on some hours. But you’ll get used to it after a while. Restrooms are ok and there’s a canteen there for some fast chows. 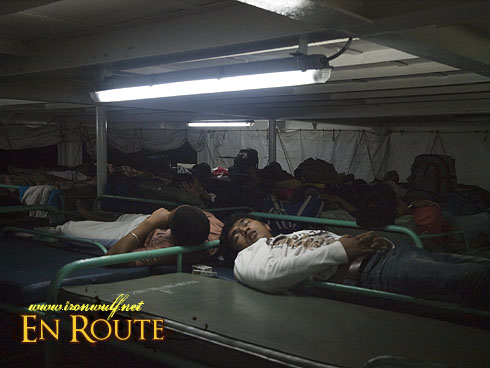 We took the Weesam Fastcraft on our way back to Zamboanga. This one plys the Zamboanga – Sandakan, Malaysia route and stops by Bongao and Jolo. This one feels like a long bus ride with a travel time of 8-9 hours from Bongao, leaving port at 12:30pm arriving in Zamboanga around 9pm. It has comfortable seats and air conditioning on the first class seats are good. There is also a small canteen on the lower deck beside the restrooms.

Aside from this option we learned about the Hapit-hapit. It’s actually jumping from one island to another and catching a ride there from Jolo – Siasi – Bongao.

There is also an option to take a flight via Seair going to Bongao, but the fare can be pretty expensive at 3700+ one way. And we often hear that it’s hard to buy tickets for this.