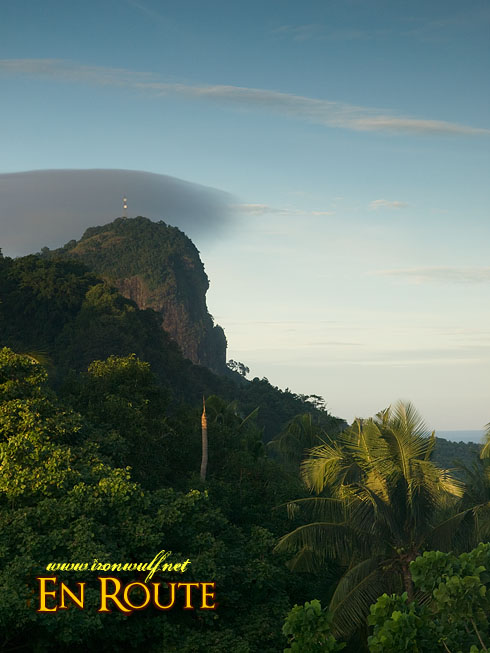 The peak of the sacred mountain Bud Bongao

“Di ka pa nakakapunta ng Tawi-Tawi pag di mo pa na-akyat ang Bud Bongao (You haven’t been to Tawi-Tawi if you haven’t climbed Bud Bongao)” said our Muslim guide Ben as we started our climb one morning in Bongao, Tawi-tawi. Bud Bongao dominates the whole landscape of the Tawi-tawi island. The Muslim people there considers the mountain as sacred and guards the well being of the island and the people that resides within. At least once, in every Muslim’s life living on the island, they would climb the mountain and pray at the peak. 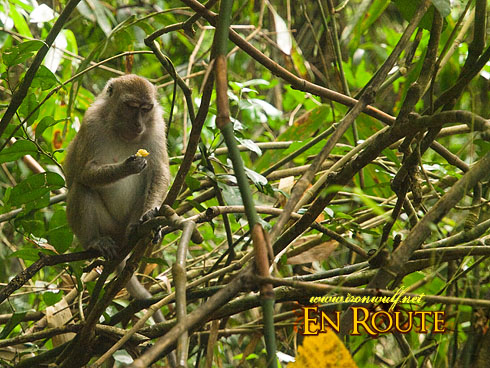 A macaque contemplating on a bit of banana

Ben bought a bag of bananas for us to take on the climb . It’s not for us though, but for the Macaques who live there and are usually guarding the trail. These breed of monkeys are also considered sacred and wouldn’t let anyone pass easily if they are “bad”. Ben has guided a number of people on this mountain including some people from TV media. He’s the one usually assigned by the local tourism as the guide here. He narrated that one time, a macaque scratched on of his guest, he was sure that she did something bad before going to that mountain even if she brought bananas. 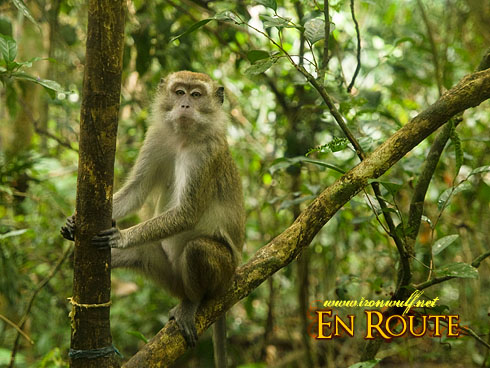 It was a bit scary at first with all those macaques making rustling movements above the trees and coming at you in different directions. But once you have given them a few bananas they wouldn’t mind you anymore. The trail with the macaques took less than an hour to traverse. It didn’t also help that the trail was sticky and muddy due to the light rains the day before. There were other families there who were climbing along us. Even a small child. 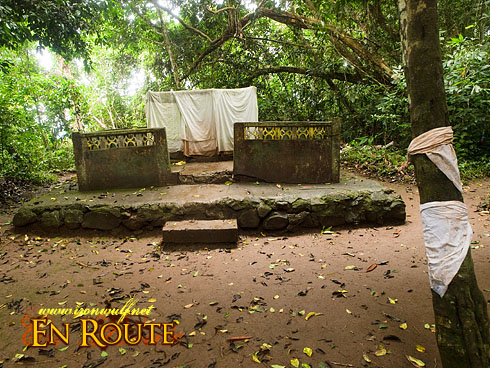 Ben said that Muslims believe that if they take their young up that mountain and pray, their sickness be healed. I’m not sure if there’s scientific proof in that but they believe it works. Their faith is that strong. Speaking to a Muslim like him is like speaking to any other people. They also believe in ghosts and entities as well as the afterlife and somewhat similar to what we call ‘Karma’ They may have some extreme beliefs like the right to kill a person caught in the act of aggression but they are same people who laughs at jokes and has personal beliefs. 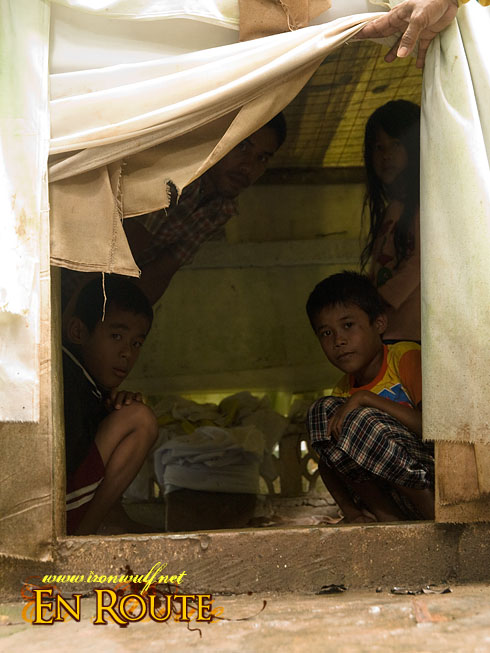 A family inside the tampat

Close to the summit we saw the first of the three tampat. I remember Ben took a photo of the tampat on his cellphone saying “Ayun nakuha (there it’s taken)” saying that sometimes these tampats couldn’t be photographed for some reason. I guess the higher power here was giving and allowed us to take pictures. An imam was cleaning the tampat that morning before the family went inside to pray. Usually, some Muslims would also climb the mountain and would make a wish there inside the the Tampat, in exchange to that wish, they would do something like a service to their god. One example was the guy who constructed the concrete stairs on part of the trail going to the summit. He offered this in exchange to keep his home safe from harm. A fire blazed through the community where he was living recently wiping out most of the houses there, except his. 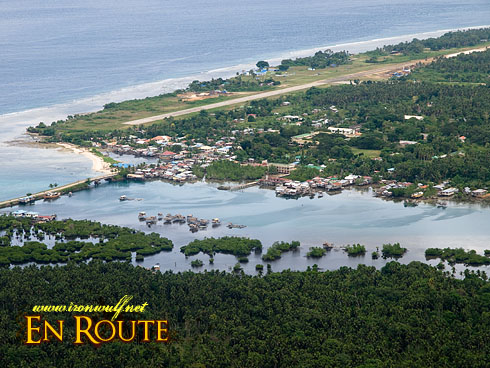 Just a short hike from the tampats is the peak. On one side of the peak a Globe Tower stands which is un-sightly if you ask me. There are plans to move it they say. It’s strange though that even with the tower at the highest point, globe signal is spottier and erratic than Smart. From the summit we saw the landscape of tawi-tawi. The mountain summit, according to my GPS is around 397 meters above sea level, but other literature states that it’s around 314 meters only. 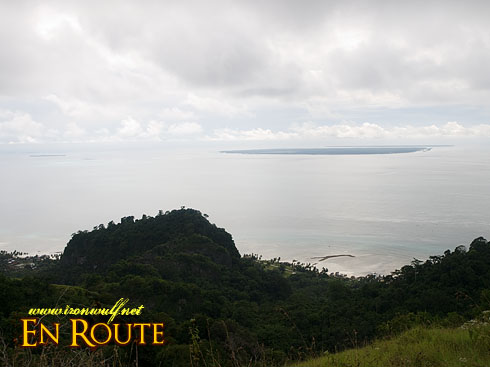 On our way down, Ben told us that we could tie some knots there on tree branches if we want to make a wish. I saw those knots going up and thought at first they were markers for directions but the higher they go up it became thicker. It was actually very unsightly since the knots used were some plastics and chip wrappers. I asked if people can remove them but Ben said we can “dare”, some people who removed the knots said they suffered a simple headache for a week. Basically if one removes those knots it would have a negative effect on that person as simple as having a migraine or worse. 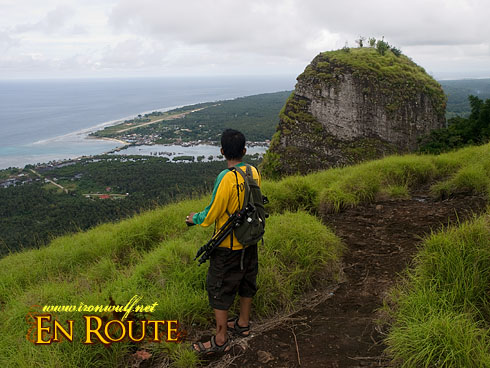 Our guide Ben at the Lower peak

I didn’t plan to test if that was true so I left the knots as they were. I just instead tied up some leaves as Ben told us has the same effect. I think I tied more than three knots there going down. Right now I can’t seem to remember what my wishes were. The climb up Bud Bongao took more than two hours. It could have been faster if the ground weren’t that sticky at that time. But I sure did enjoy the experience. The only sacred mountain I know is the Mt Banahaw in Luzon and it’s great to learn there’s also a counterpart here down in Mindanao. The sacred mountain of Bud Bongao.