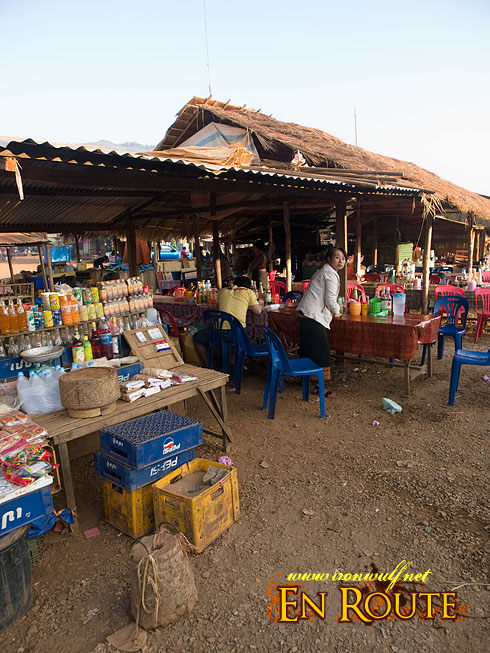 It was already afternoon when I arrived in Pakse. I changed some of my dollars to Kip then had dinner nearby. A few years ago, dollars were accepted in Laos but now the government urges tourist to use their local currency instead. At dinner, I was plotting where I would go the next day. Pakse is a fairly small town and most of the sites in Champasak are at least an hour away. The only way to go around was by motorbike. There are motorbikes for hire around Pakse but I don’t drive bikes so I decided I should find a driver/guide with me so it’ll be easy to find the places. 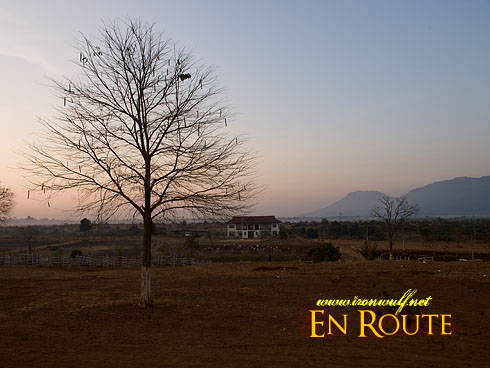 A leafless tree at Pakse University grounds in the morning

After dinner, I passed by Lao Chaleun Hotel, one of the popular hotels renting out bikes. I went to their reception desk and met a couple of Lao guys somewhere in their early twenties talking to a middle aged guy. They seemed to be sharing stories when I excused myself to ask about hiring bikes. It’s quite an effort at first since I have to gauge how much English they could understand. But each time we had a short conversation, they would converse by themselves in Lao first and then talk to me. The youngest of them Lomee, was the one who can converse in acceptable English. What’s good about Lao People is that they seem to have the same phonetics as Filipinos when it comes to reading and pronunciation of words and alphabets unlike say Vietnamese, so it’s easier to understand. 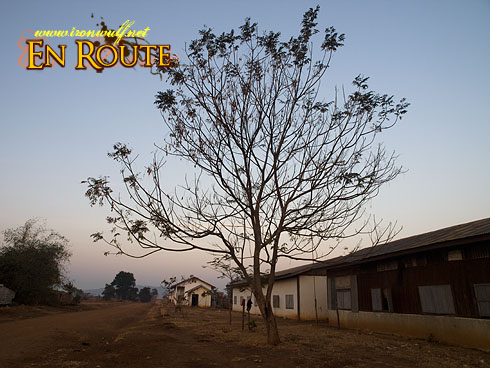 With more than half an hour of conversation we finally plotted where we’ll be going in Bolaven Plateau and agreed on how much. Since I don’t know much about the area we’re going and the travel time from each spots I had to rely on Lomee, who agreed to be my guide. There’s a limit on how much we understand each other with our language barrier so I’ll just have to wing it when we’re there.

Lomee came in a little past 6am in the morning. In Laos it’s still a bit dark at that time and would around 5am in the Philippines. We filled in a liter of gas for 10,000 kip then we headed first to Lomee’s university. I thought at first he was just showing me his school where he was on his final year of his studies but he went there to get another helmet for me. I told him we should try to find a place to eat breakfast before we headed off to Paksong, the Capital of Bolaven Plateau. 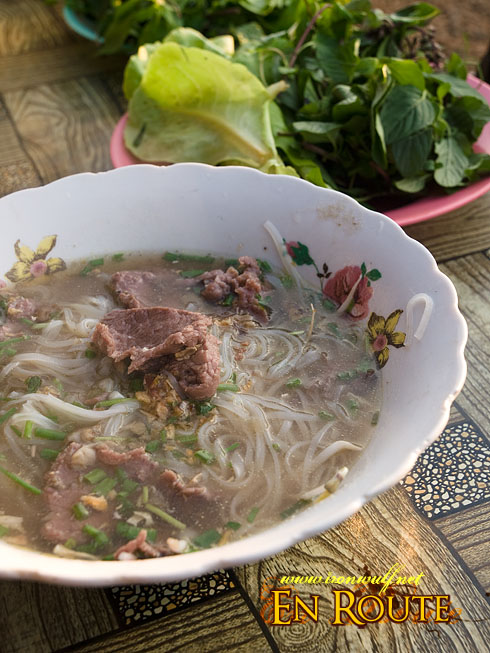 We went to the a market near the bus and sawngthaew terminal. I told him I’ll order what he’ll order. I wanted to eat what Lao people would eat for breakfast. While waiting he opened up regarding the payment. He said that I should pay now before we go. It seems he’s been trying to tell me that earlier while still at the university but only understood now. Usually I would pay after the service is done I told him but he said it’s not okay. I took the 200,000 kip we agreed upon and showed him that I’ll give the first half of the payment now and the second half later. I saw the look on his tense face as he told me it’s not okay. It seems we have a little trust issue here. 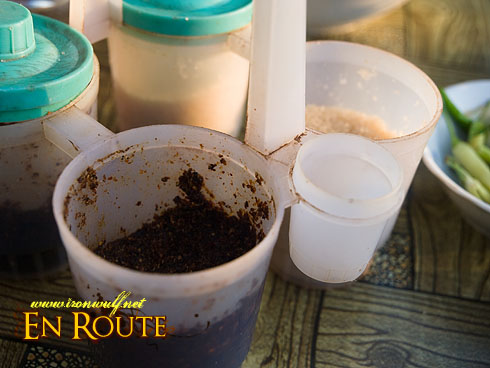 To settle everything, I decided to pay give him the full amount. I really have no choice here, if that’s the only way to get his trust then so be it. There were several scenarios running in my head at that time that he might ran off while I was away taking pictures. That I may find myself hiking along the road to head back to the city. It’s officially my first exploration in Laos so I already braced myself on whatever would happen. After giving him his money, he seemed to loosen up and we went on with conversation about his bike, how he learned his english by himself, his studies and about Lao people. 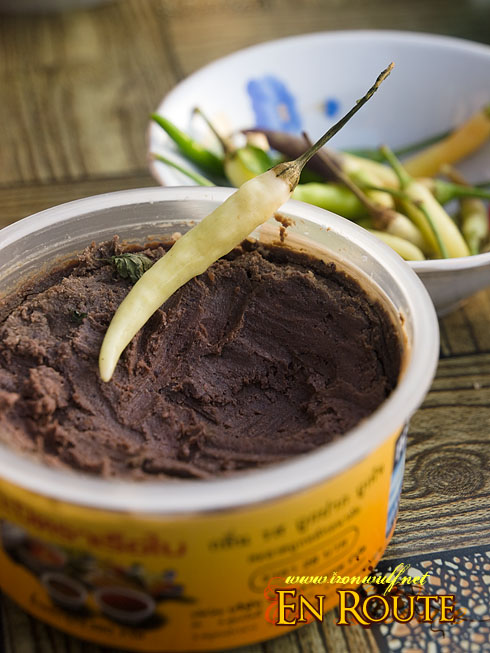 Breakfast was served. We had a Foe (rice noodles soup) which he pronounced as “fur”. He put in a bit of all the condiments from the chili, sugar, pepper and soy sauce. Topped in the vegetables over the soup. It was really delicious with a kick of spice which is sure to wake you up for the morning. The beef on the noodles were real tender. I actually liked it. Along with the meal is a small plate of long chili pepper. Lomee told me to dip it on a paste sauce which he calls Paki and eat it. I tried it out and the Paki taste like a concentrated bagoong (local shrimp paste) that goes well with the spice of the chili. While its good, I only could eat a couple of those. 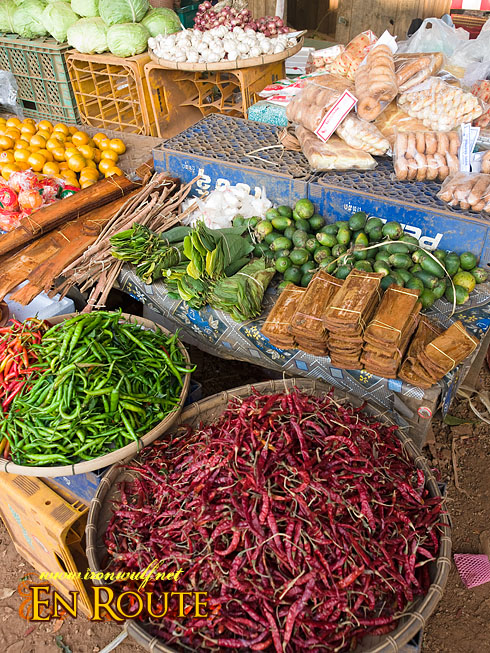 I really enjoyed that breakfast, perfect for that cool morning weather and break up a little sweat while eating. I asked him how do I say “thank you” in Lao. It was “Khawp Jai” (khob chai). I paid only 12000 kip for each Foe meal which I thought was really cheap and said Khawp Jai Lai Lai (khob chai la lai) which means Thank You Very Much to the canteen owner and we finally set off to Bolaven Plateau.