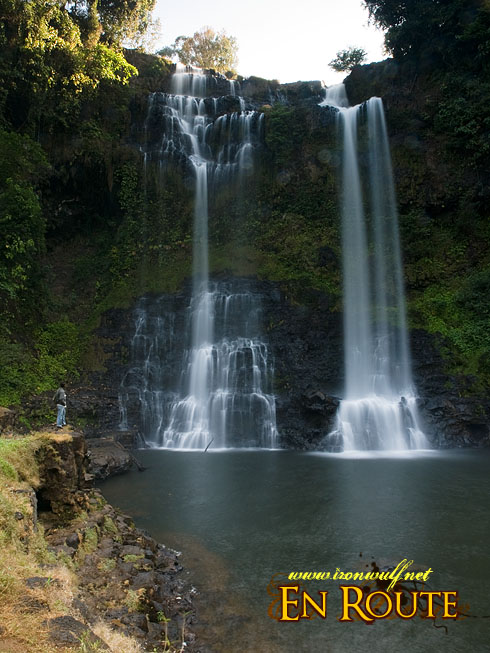 After kick starting our day with a spicy breakfast of Foe noodles, we finally made our way to Bolaven Plateau. About 50km from Pakse, Bolaven Plateau is at the North Eastern province of Champasak located up to 1300 meters above sea level. With the cool climate, abundant rainfall, rich volcanic soil, it has been world reknown for its coffee. I’m not there for the coffee though but for the number of waterfalls found in the area. 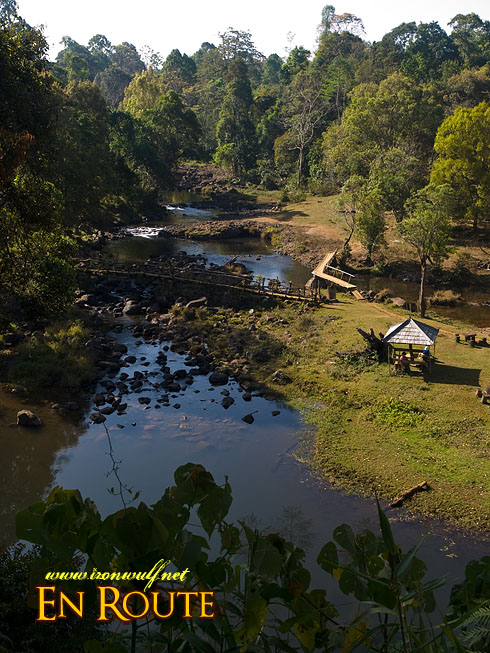 The Route 23, which is the road from Pakse going through Bolaven Plateau is wide and well paved. It took us more than an hour to reach our first waterfall, the Tad Yuang off Lak (km) 40 off Route 23. It’s really easy to spot the turns going to the waterfalls from the main road as I found out. There are blue markers on the road. Turning inside there is still a few minutes of rough road until we reached the Tad Yuang Resort. There is a 5000 kip entrance fee and a 3000 kip parking fee there. 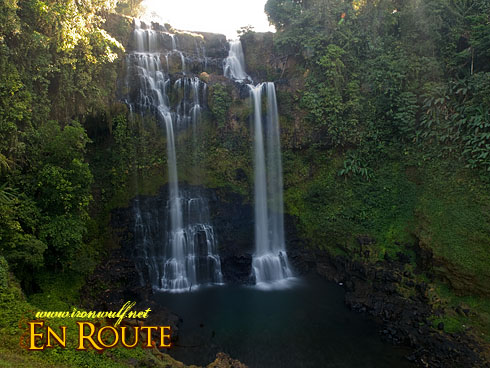 Tad Yuang Resort has nice picnic areas by the river where the pour from the falls originates. The resort also serves its famous coffee there. Going downward on a paved trail is the magnificent dual torrent and multi-tiered waterfalls of Tad Yuang. It falls into a deep pool surrounded by lush vegetation leading to a thick forest. There were no people at that time we were there. Lomee said most people come here in the afternoon. I could see why because the light is more ideal here in the afternoons hitting the falls directly. 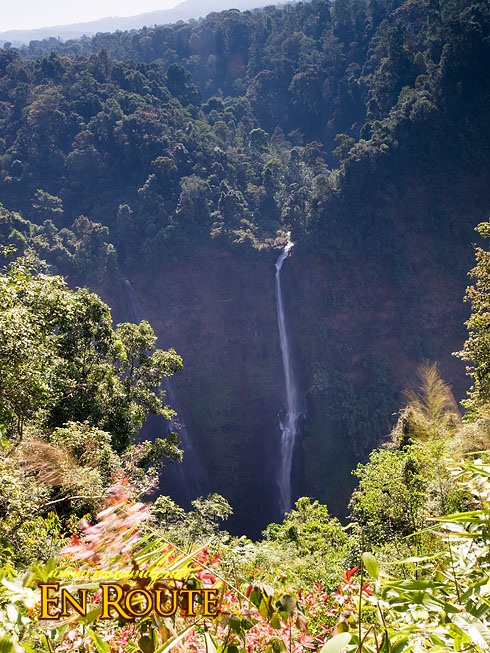 Making our way back to Lak (km) 38 we found Tad Fane Resort where we could view the famous Tad Fane Falls. There’s an entrance fee of 5000 kip here to go to the view deck and restaurant where the falls can be seen afar. Tad Fane is a huge 120meters falls at teh edge of a protected area Dong Hua Sao NPA. It’s where two rivers, Champy and Pak Koot overflows the plateau and join on on its pour down creating tad Fane. The lighting, again was off when I got there, I guess the best time to visit the plateau is in the afternoon. And the water pouring wasn’t that strong since it was the dry season. I can’t appreciate it as much at that time since it’s too far. if one wanted a closer look, a half day is needed to trek to the falls and back. 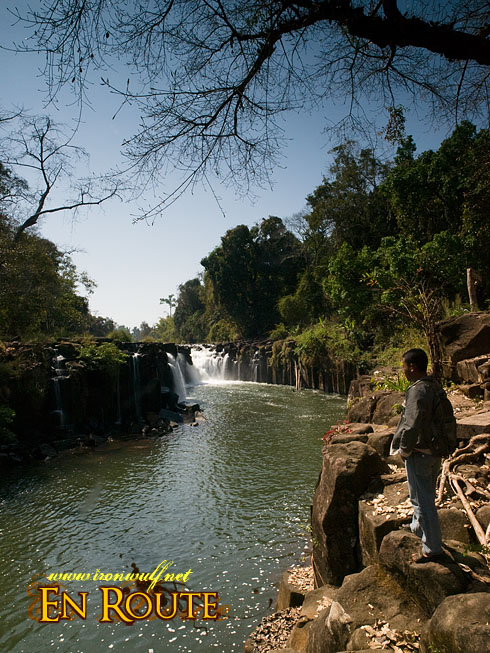 Going for another long drive back passing by Lak (km) 23 then making a turn at the major road, Route 20, heading to Salavan province, we visited Pa Suam falls. There’s also a 5000 Kip entrance fee here and a long inner drive towards the falls where an unnamed restaurant can be found. This one is pretty popular since it’s closer to Pakse and Salavan. 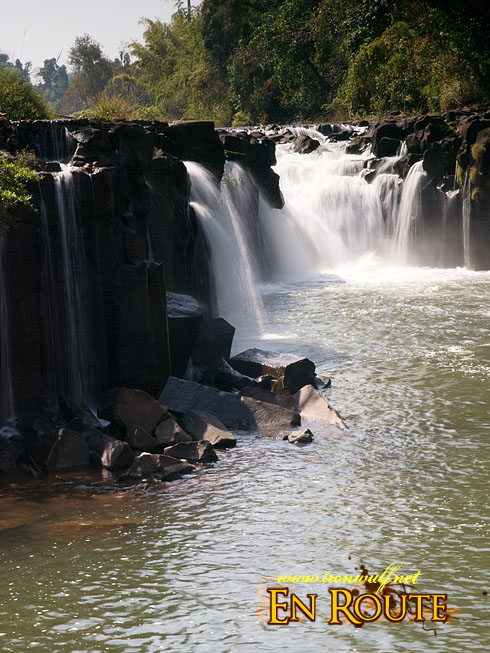 Pa Suam Waterfalls is a low height falls. It’s beauty lies on its majestic wide torrent along rectangular stones. This falls is partly artificial. The rectangular rocks are natural but the the owners did some landscaping to make the falls more picturesque. Still it looks very nice. 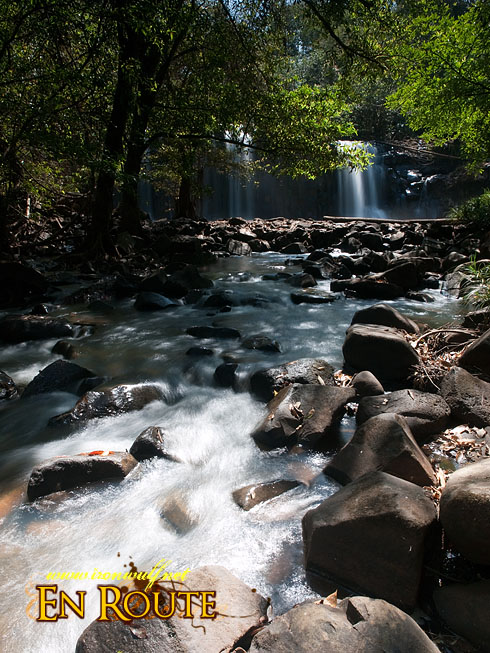 There is another un-altered falls nearby Pa Suam and it doesn’t have a name yet. I thought the falls looks nice as it flows freely down river. This was the last falls we visited before we headed to an ethnic village nearby. From all the falls I thought the first one we visited,Tad Yuang was the most majestic. There are a lot more falls in Bolaven Plateau but some needed more time. If only I had known, I would have visited in the afternoon for the best light but I might as well do with what I have.