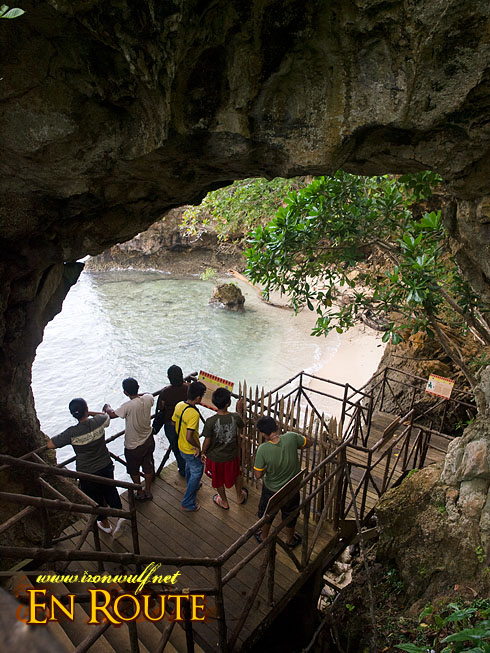 Another day started when we found ourselves on the top of Bongao Capitol enjoying the breath taking views. After, we sampled local delicacies at one of their coffeeshops at the town center for breakfast. Fast forward, we checked out Hotel Juanita and made another attempt as Simunul but Kit wasn’t really comfortable of letting us go along with strangers so we just accepted an invite to witness a Muslim pre-wedding ceremony of Pamutong. After which we were told, the tourism people would take us to one important site not only in Tawi-tawi but in the whole South East Asia, the Balobok Rock Shelter. 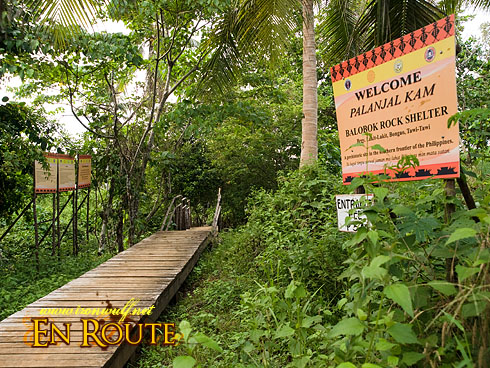 I won’t go into details or photos of the wedding since it’s a private family affair. But it was real interesting to witness a pamutong, where the groom would ask the hand of the bride and set a date for their wedding after giving the dowry to the bride’s family. What’s interesting is the groom (Ma’am Salve’s Son) is a Christian and the bride is a Muslim. The ceremony was just short so after which we had the afternoon to visit Barangay Lakit-Lakit for the Balobok Rock Shelter, one of the most important archaeological site in the Philippines. 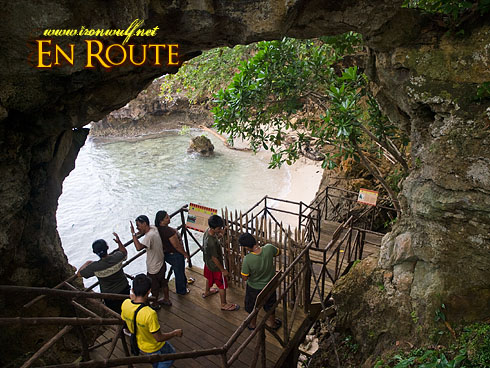 We were accompanied by the friendly folks at tourism, Sheva, our Bud Bongao guide, Ben, Kit and a couple of young teens where we borrowed the 4×4 we’re using to go there. It took around an hour driving by rough road passing by the currently expanding Bongao Airport at Sanga-sanga and small villages until we arrived at Barangay Lakit-Lakit where a welcome “Palanjal Kam” sign awaits. The site has already been developed as a major preservation and conservation area. Boardwalks were already constructed towards the shelter and a viewing deck for the excavation site. The Balobok Rock Shelter Cave is actually a part of a larger karst formation extending up to the nearby coastline of Barangay Nangulan. 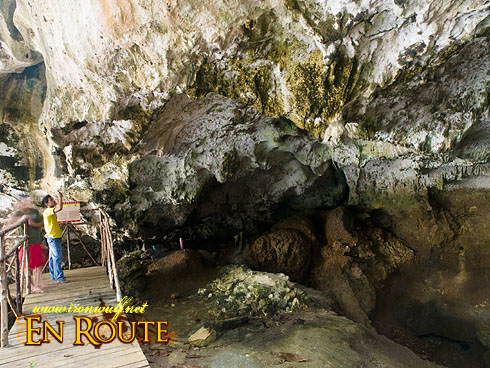 Looking at the place, it looks just like an ordinary cave shelter, but a closer inspection of the shelter walls, one would find layer of shells and other minerals, evidenced that the early inhabitants were already strengthening the cave walls. More excavation led to discovery of ancient artifacts like flake tools, polished stones, earthenware shards, bone tools among others and some animal remains. These remains and artifacts were dated by C-14 to be around 8,810 to 5,190 years ago. 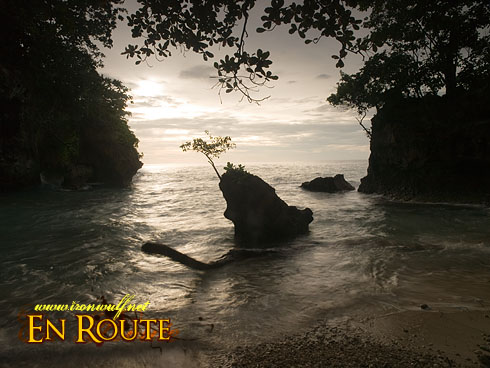 A small cove at the Balobok Rock Shelter

The Balobok Rock Shelter (whose name “Balobok” came from both the sound of waves hitting the rocks and the name of a native fish from Sanga-sanga) is not only important to our country but also to the whole of Southeast Asia. The site sheds some light into the movement of people from Southwest Pacific to the Pacific World.

Essentials:
Those interested to visit the site should coordinate with the Local tourism of Bongao as no public vehicle ply those routes. Roads are rough and can be slippery so a 4×4 is advised: Salvacion Pescadera, prov. tourism officer at 0910.6716367 or Sirikit Arip, supervising tourism operation officer at 0919.4325553.