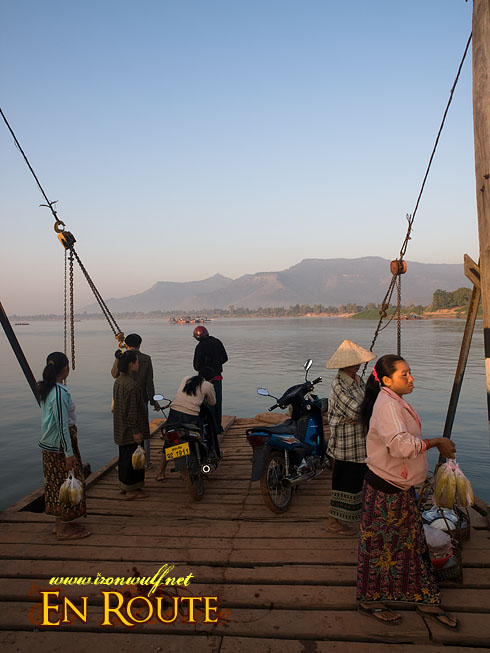 Waiting by the Mekong River at Champasak, Laos

My next destination in Southern Laos was one of the UNESCO World Heritage sites in the country, the khmer ruins of Wat Phu Champasak. But like Bolaven Plateau, the site is at least an hour away, 46km from Pakse going south. It was still dark when I left my inn to head to Dao Heueng Market, where most of the transportation heading in and out of Pakse originates. I was planning to take the public transport this time but what worried me was my way back since I had to catch my 8pm bus ride to Vientiane that night. 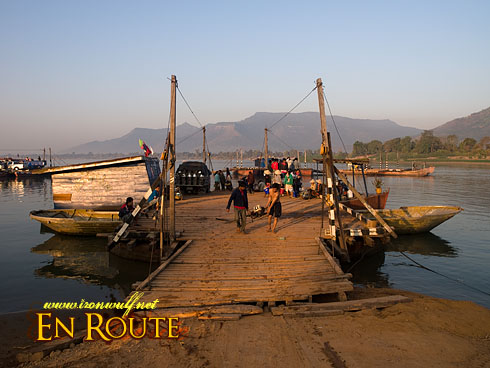 I knew it would be more convenient if I hired a motorcycle but I decided not to hire my previous driver since he became too comfortable that at the end of our trip to Bolaven Plateau he asked me to buy him a load for his cellphone. This made me almost laugh when I said explicitly “No Way”. It is my usual practice to treat my guides for their meals and share my snacks as well which he may have misconstrued me. I asked him, “Didn’t I pay you earlier? Why don’t you use that money”. He said never mind and I just let ii slip away. 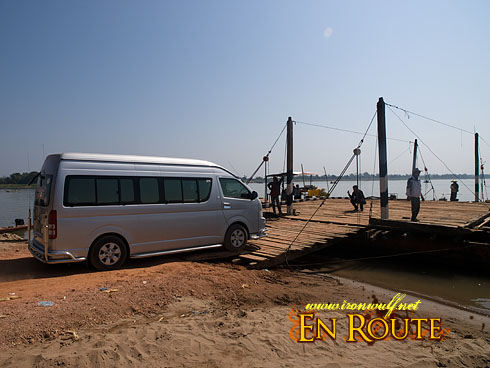 That morning, the saamlaw (a single sidecar motorbike seat) driver I hailed at the main street struck a conversation with me while we were on our way to the market and asked where I was heading. I told him I’m going to Wat Phu Champasak. It was obvious his English was limited. With a few hand signals and words “take me” there pointing his bike, he was suggesting that I hire him and his motorbike to go there. Asking how much, he told me the amount in Lao which I couldn’t understand. I immediately handed him a piece of paper and a pen to write down how much he would charge. We stopped by a lamp post. His middle age feature under the helmet reveled under the light of the lamp. He wrote USD 20 for the fee which is the same amount Lomee charged yesterday. 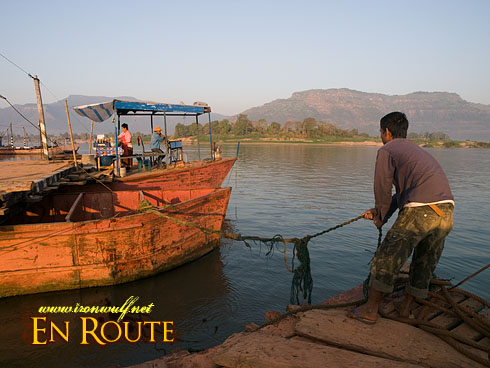 Pulling the other rafts at Mekong River

I knew it would be a lot cheaper if I go there by myself using public transport but what bothers me is the time going back. It would be a lot convenient if I had a driver at my disposal and I read in guides that I would still have to hire motorbikes at the town near Champasak to visit the Wat Phu ruins. So this would save me a lot of time. At first I thought we’d take the saamlaw all the way to Champasak, but we made a brief stop to what seems to be his house and we took his bike and drove down the highway while the first light started beaming on the horizon. 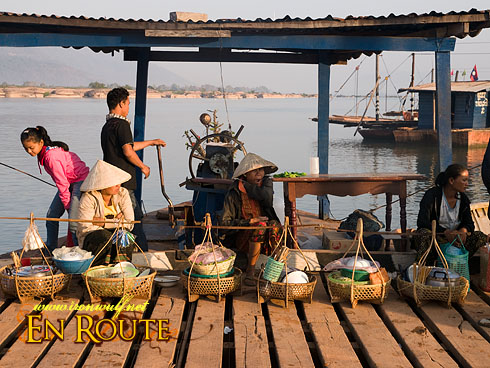 He told me his name was Ping. I tried talking to him more when we were speeding through the highway passing by a scenery of a village waking up, but he only responds with nods, smiles and short laughs. I doubt if he truly understands the words I say. The other English word I heard from him was “money” while rubbing his fingers together to say that I should pay for our gas when we refilled his bike’s tank. I just decided to keep quiet and just instructed him to stop for “food” on our way. The road was well paved, and the wind as we cut along was real cold. I really should have learned from yesterday that I should have brought a jacket. 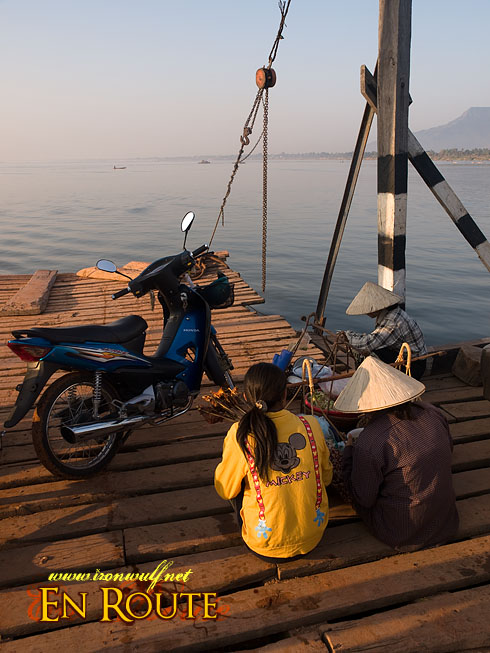 Parked bikes and eating breakfast at the raft

After at least an hour we reached the town of Ban Muang where we headed to the port. There was already a ferry waiting. The ferry, which carries people and vehicles is more like a group of canoes tied together to make a large raft. While there are eateries there, we decided to eat later and cross the river while the ferry is on the shore. We rolled our bikes in and waited for it to cross the great Mekong River. On the raft were several vendors wearing conical hats like those in vietnam. I tried talking to Ping again but only gets smiles and nods. I knew he was avoiding conversations as well. He’s just happy to smoke and play some tunes from his China phone as we sail across to other side. While I look at the river scenes of people having breakfast on the raft and smaller rafts, just fit enough to ferry a couple of bikes making their way across as well. 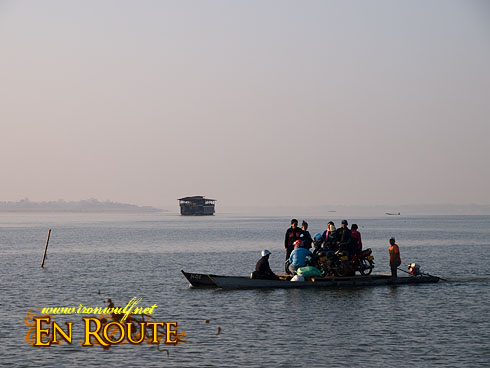 It was only a short ride that didn’t last long as half an hour. We only paid 8000 kip for our motorbike and as soon as we docked, we rolled of at the town of Ban Phaphin, just opposite of Ban Muang across. From here, it’s still a 12km ride to the main site of Wat Phu Champasak.