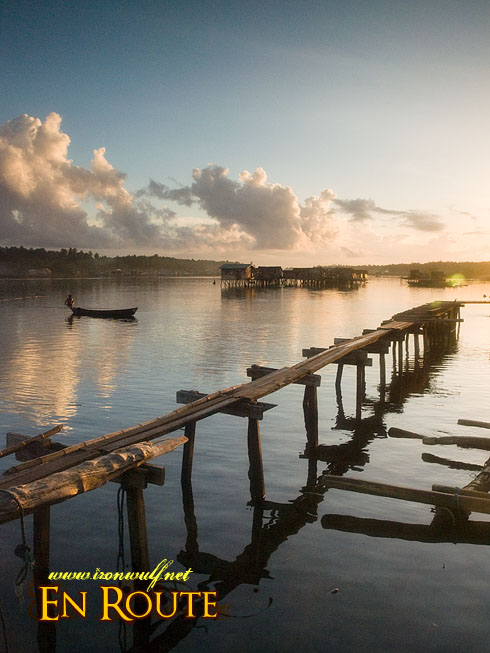 It was already late in the afternoon when we started our way back from Balobok Cave. Our 4×4 vehicle roared through the uneven terrain of Barangay Lakit-lakit. On our right the sun was also racing down far by the sea horizon. We passed by a nice stretch of beach they called Pasiagan. This is where Christian Bautista shot the music video of “Tawi-tawi Beach”. When we reached Sanga-sanga, we stopped by a small quaint village by the sea. 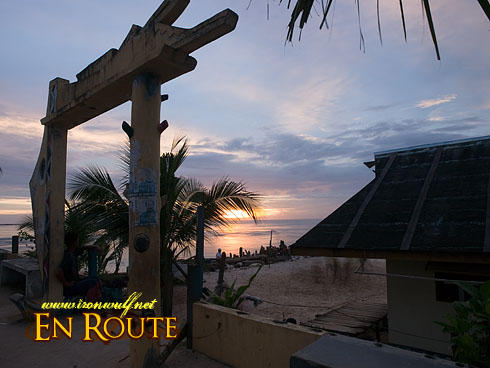 A village welcome arc in Sanga-sanga

Even with our running feet, the light quickly faded once we got on the village. It was an interesting place that we decided to go back early the next morning. We rode on a tryke convoyed by a motorbike where Kit and Sheva was riding. It was still dark when we got back on the bridge of Sanga-Sanga. I even crossed path with a small snake slithering across the concrete bridge towards the other side. 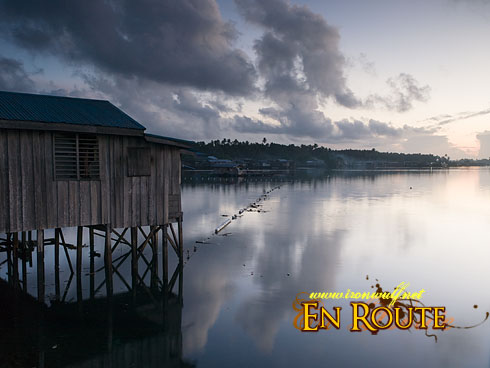 A deep blue veil covered the scenery with the placid river reflecting its intensity. Bud Bongao was a distinct outline on my right and I see a layers of mist slightly covering the stilt houses on my far left. I waited there for a while until warm light started seeping through the horizon then moved to another place where Lagalog was taking photos on a foot bridge. 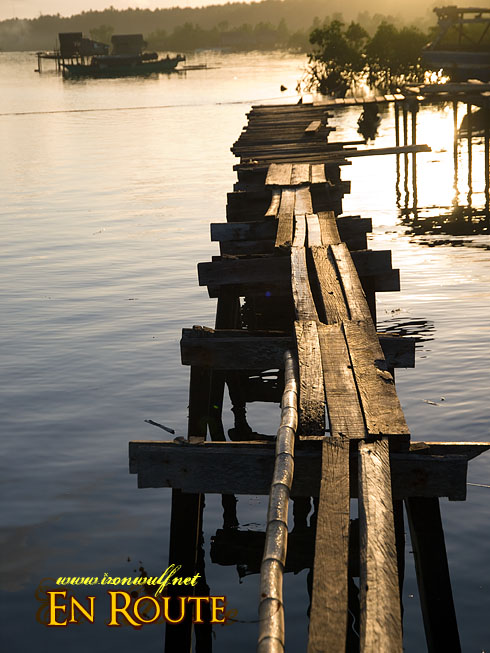 Moving in closer, the foot bridge looked treacherous. It was narrow and the planks would seem to fall off. While the water below isn’t too deep, I’m still afraid for my gears. Still I traversed through the narrow pathway and found it ending on a run down stilt house. 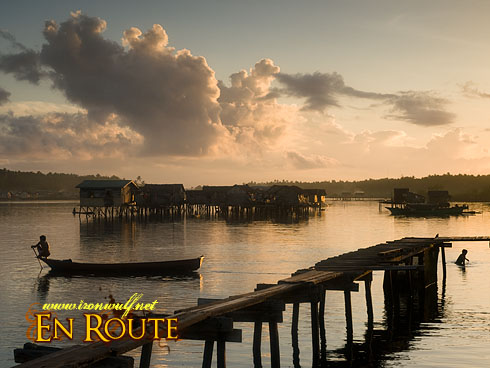 From there as the warm glow of the morning light started painting the scenery. The village seems to be waking up. Some fishermen tending their nets and navigating through the waters. The fog I saw earlier has lifted. The strong light from the horizon illuminated the numerous stilt houses lined up at the edges of the river leading to the sea. 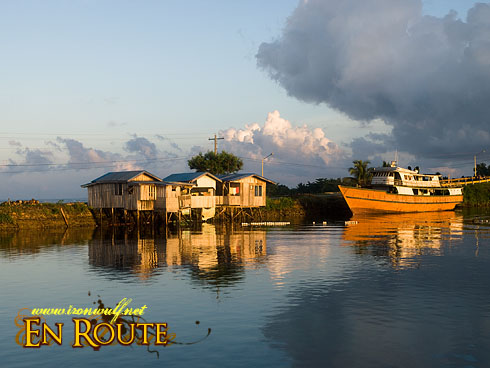 Docked ship and stilt houses by the road

Bajaus have now settled on this area. Before when most of the seafaring Bajaus are nomadic, Sanga-saga is a popular are where their Lepa or house boat docks. Now, Lepa’s can no longer be found here since some of them decided to settle here for good. As the sun was high enough and we finished our photo shoot of the pace we moved inside the stilt village to see what’s there.