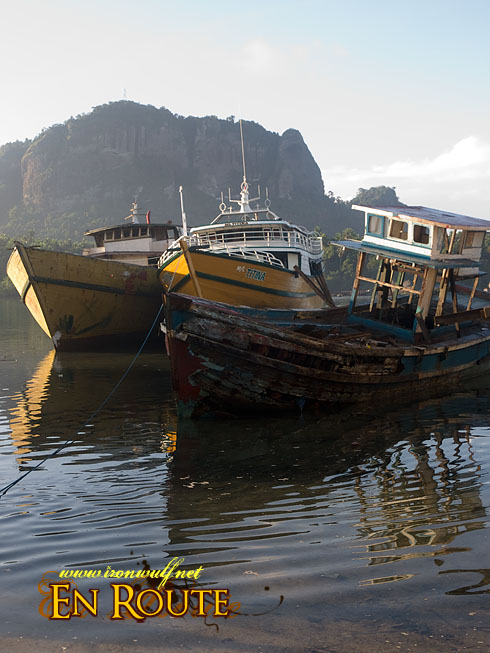 Pagasinan Ships on Shore with Bud Bongao behind

The sun has already shone high as we wrapped our morning shoot at Sanga-sanga. We then decided to venture into one of the villages situated by the the river we were taking photos off. Veering right from the bridge into an inner road, we passed by a village slowly waking up. We passed by rows of stilt houses first then we entered a road where lines of ships on varying conditions were docked on shore. We are now at the ship building town of Pagasinan. 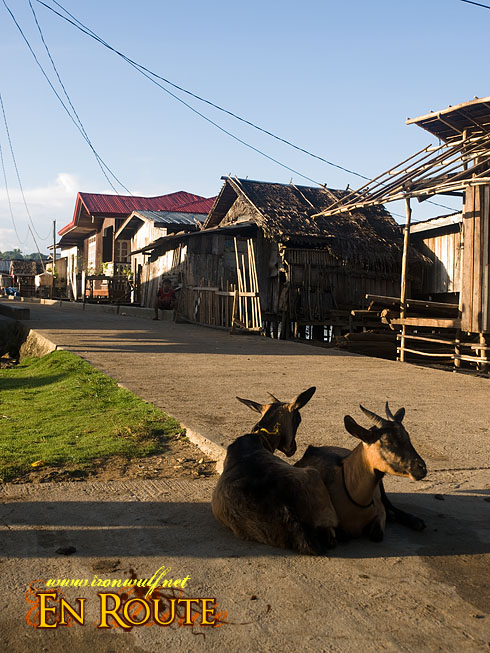 Much like any other roads in Tawi-tawi, goats freely roam the roads. They remain passive of oncoming people and vehicles as they bask themselves under the sun. People initially want to shoo them away but they just decided to let them be. 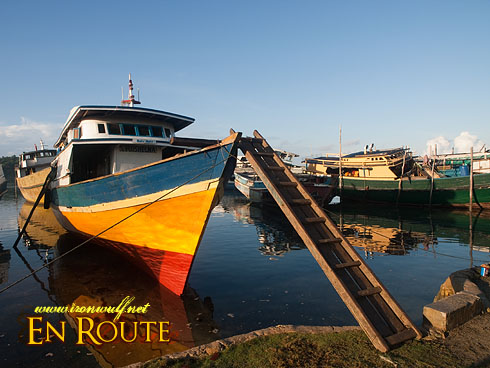 There are a number of ships parked along the shore. Some in bad shape where only the ship skeleton remains some are brand new, while others seemed to have been weathered through time but are still sturdy enough to sail. It is here in Pagasinan where people would take their ships for repair and also to build new ones. 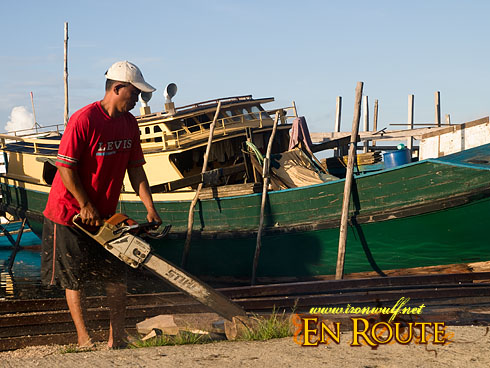 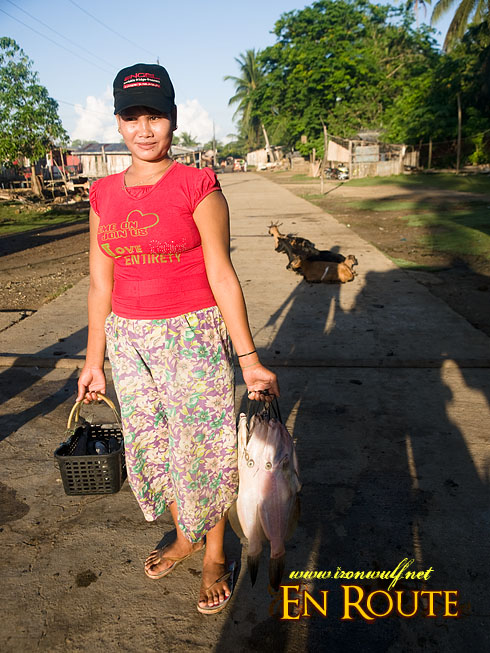 Since Pagasinan is real close to the sea, it’s also a place to find more than a basketful of fresh catch from the sea. Fishermen would just spread out their goodies on the floor and their supply would be gone in no time. This is a glimpse of life at the fishing and shipbuilding town of Pagasinan.