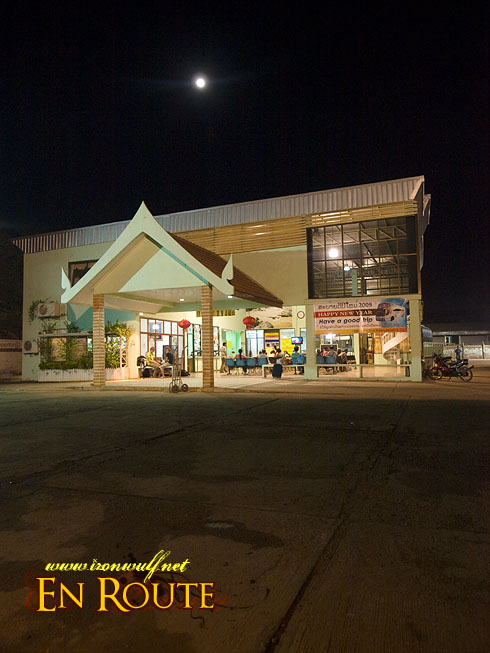 I really had a pleasant stay in the Champasak Region of Laos. I was able to visit some of the waterfalls of Bolaven Plateau, visit the UNESCO Ruins of Wat Phu and has a pleasant stroll around the city of Pakse. On the night of the third day, it was time to head to Vientiane. I already booked my bus ride the day before to make sure I already have good seats. The main VIP bus station is near the Dao Heung Market about 2km from the city center. But after strolling around the City I found that there is another VIP Bus Station nearby which is walking distance from my guesthouse just along the same side of the tourism office near the Sedone River. 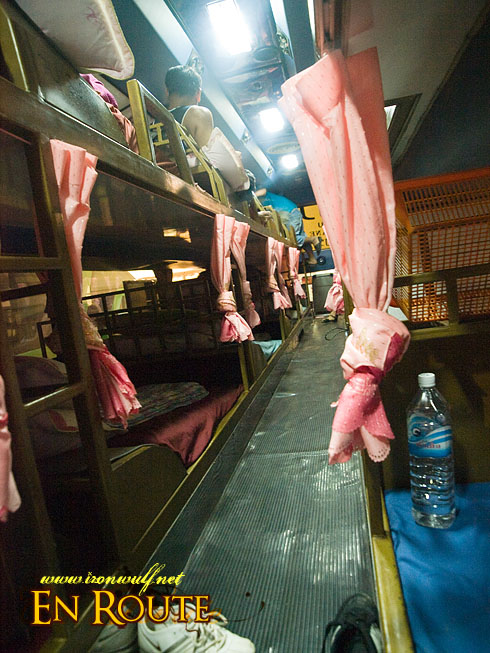 Inside the VIP Bus to Vientianne

I think the VIP bus station is quite new and a competitor of the one near the market. Had I known I would have just booked here so I don’t have to spend 20,000 kip for a saamlaw ride back and forth the Market Bus Station. Anyhow, I already paid for the former. I paid 150,000 kip for a VIP Single sleeper, the regular sleeper is around 130,000 kip. With only a little difference, I decided to go for a little more comfort to make sure I could catch some sleep during the ride. 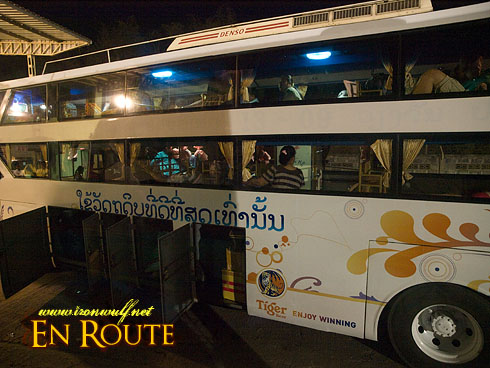 Cargo/storage area of the Bus

I was already at the VIP Bus Station by 6:30pm as the departure time to Vientiane is around 8:00pm in the evening. There’s an internet cafe at the station where I accessed for half an hour then I had dinner before the boarding time. The Bus Station has good facilities even some shower rooms, and cable tv area with English movies for those waiting passengers. 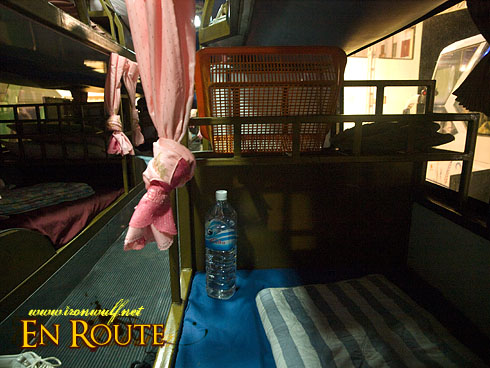 My Sleeper inside a VIP Bus to Vientianne

Fifteen minutes before departure time I already boarded the bus, leaving my larger bag at the storage compartment below. It’s a pretty large bus. When I was looking for my sleeper bunk, I mistakenly got a wrong sleeper first until the conductor checked my ticket and directed me on a sleeper bunk at the back. As I found out, it has more legroom. I could completely stretch out. Along with the VIP perks are the complimentary water bottle, a small bag of snack chips, a milk/yogurt drink and a wet wipes for washing up once you wake up in the morning.

The bus ride was convenient. No major bumps on the road. The bus was completely dark. Airconditioning was just right. The only lights came from other foreign passengers watching movies on their netbooks. Good thing the sleepers below have curtains as well. One other annoying thing was the Restroom was just across me so whenever someone would open the door, light would seep in which is a bit disturbing. And another thing was the constant spewing of automated air refresher nearby. On any other thing, everything went well. I get to catch a few sleep. And by 6:00 am, we were already at the Vientiane Bus Station.