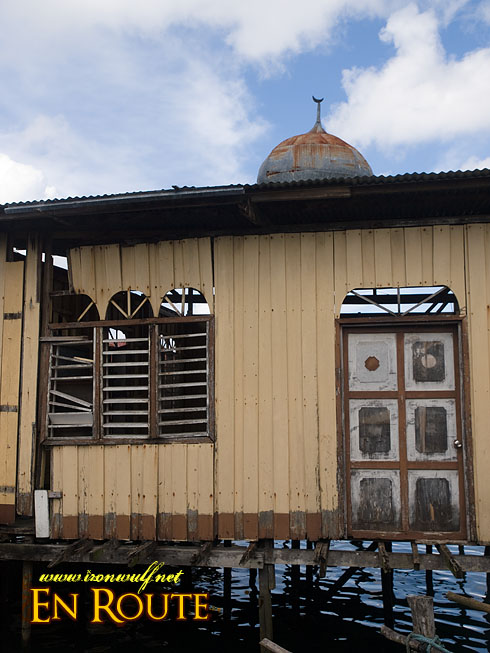 Making the most of our last morning in Tawi-Tawi, we decided to visit one of the more popular Bajau Villages in Bongao, but not having a Bongao breakfast at the Chinese Pier first after visiting Pagasinan. We told Kit and Sheva, that we’d like to see and possibly take home some native crafts from Tawi-tawi. It has been my practice when I go to different places to take but items unique or crafted from the place of origin. 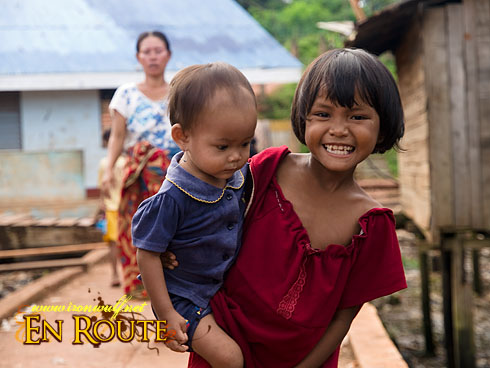 Going to the Bajau Village is only a short 10-15 minutes tricycle ride distance from the town center of Bongao. From the street we had to walk several meters navigating through the muddy trail to the village. It rained before making the path extremely muddy. We finally reached the Bajau Village with numerous houses on stilts and thatched roofing creating rectangular earthly patterns against cobalt sky. 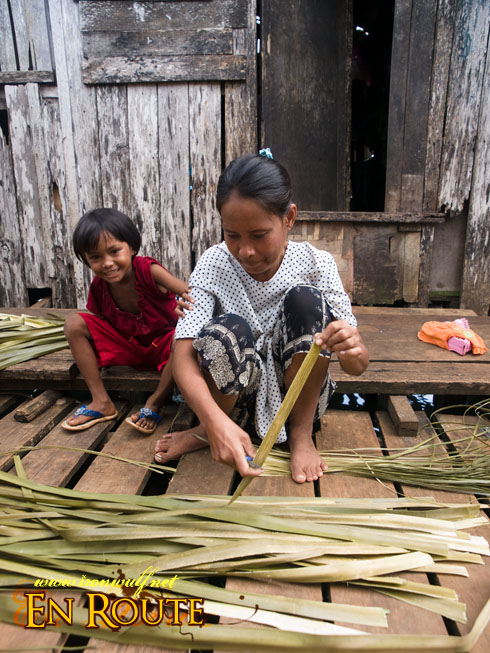 I noticed from the signage approaching the village and the USAID markers that the Bajaus are now spelled as such not the ones I know as Badjao or Badjaw. I asked Sheva on the change, she said that they wanted to remove the “Bad” from the “Bad-jao”, hence the new spelling. I’m not sure if that is the real reason but its reasonable to project a more positive image for this ethnic group. 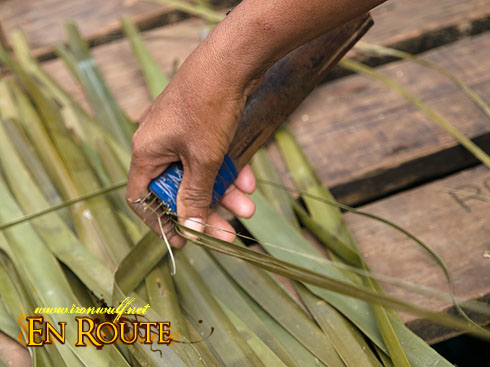 The indigenous ethnic group of Bajaus are known to be seafaring people, living mostly at the southern most regions of the Philippines. But through out their recorded estimated 50 years of exitence some of them have found home in the nearby Sabah Malaysia. Living and traveling on water through their houseboats called Lepa-lepa. 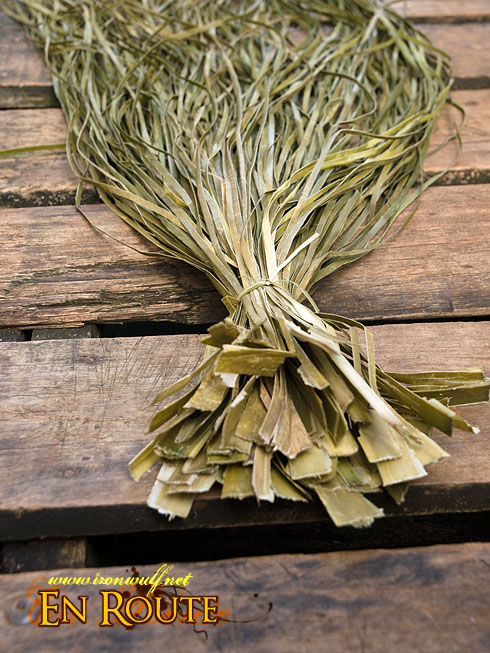 We were told that recently some anthropologist and sociologist went here to Tawi-tawi and Malaysia to find if there are still exiting Lepa-lepas but to no avail found it no longer being used. Most Bajaus now chose to settle on stilt houses above water, but still thriving on fishing and looking for other means of livelihood. 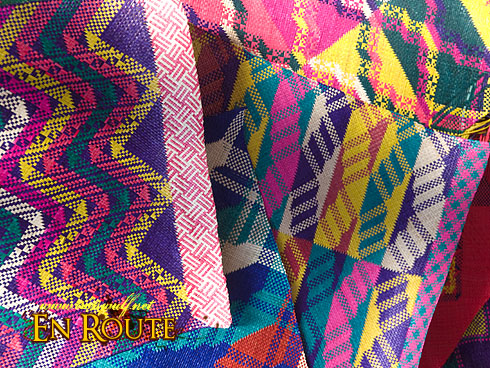 At the Bajau village we visited, we met Benita Jo, the village coordinator. Though not really Bajau, she helps the community and is highly regarded by the Bajaus. She helps the village promote their weaving crafts as livelihoods. Introducing better ways though not totally changing the way they traditionally do their Banig (Straw mats) weaving. I saw a lady preparing some pandan leaves for weaving. She had this improvised tool to cut the leaves evenly then she would let it dry under the sun for a while. 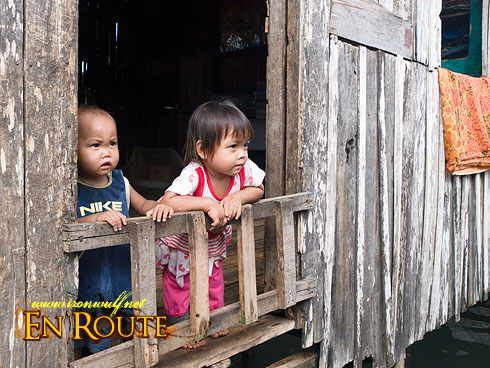 Bajau Children By the Door

I enjoyed the intricate designs and colors produced by the Bajau Weavers. I actually bought a couple small mats. Some more intricate patterns that I liked are already reserved and they will be framed for display. Here, the small mats cost only 200 but when they reach Manila or other places, prices could double or triple. 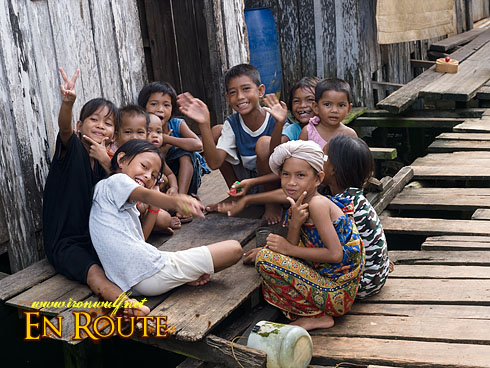 What I also liked most about visiting this village are the throngs of lively and energetic kids. They would exclaim “foreigner” to us even if we’re not. Probably influenced by USAID people who goes there toting their cameras. Sheva told me that Bajaus are really beautiful people. Their colors, which are sometimes dark brown are caused by the conditions they live in. But a newborn Bajau are said to be really pale and light in color. 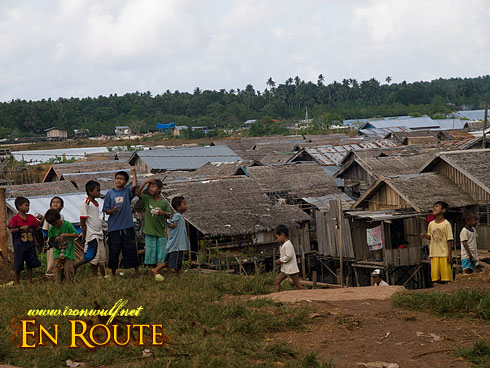