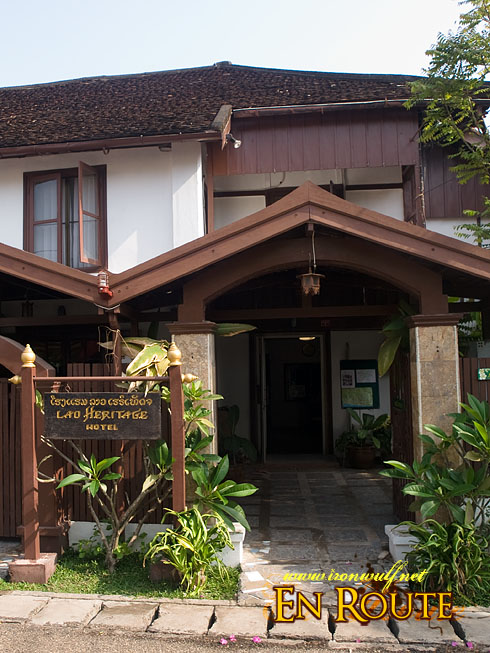 Traveling on a VIP bus from Pakse, I arrived in Vientiane at the southern Bus Station by 6:00am. The southern bus station is somewhat rustic in feel. There was a sawngthaew there waiting, the driver said they would take us to the city for 10,000 Kip. Since I found that pretty cheap I agreed. But as expected, they packed the sawngthaew with other passengers, mostly tourist heading towards the city. Once full, we rolled off. 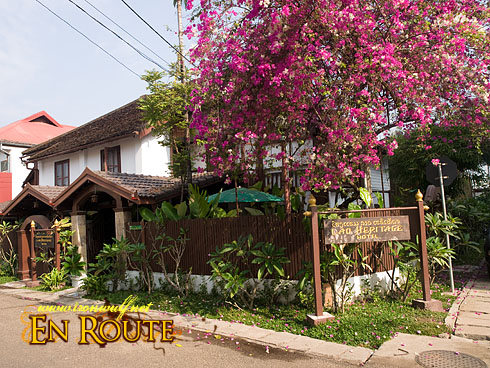 Lao Heritage Hotel on the Side street

I was able to see the road and sights as I was seated behind the driver. The wind blowing that morning was still cold even for a fair day. Vientiane is definitely larger and much developed than Pakse. Buildings are a lot taller and roads much wider. The drive was about 10-15 minutes until I saw Patuxai, one of the landmarks in Vientiane. We soon found ourselves on a smaller bus and sawngthaew terminal where some of the passengers were dropped off. They were heading to Vang Vieng they say. 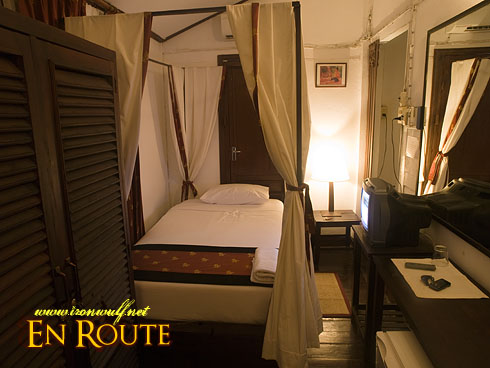 Our sawngthaew continued on towards the inner roads of the city and recognized what would be Nam Phu fountain from my map. From here I know where we were going. We were dropped of near two of the most popular backpacker guesthouses there which would be our stop. Some passengers, a mixture of Asians and Europeans went to the nearby guesthouses while I walked away from there. 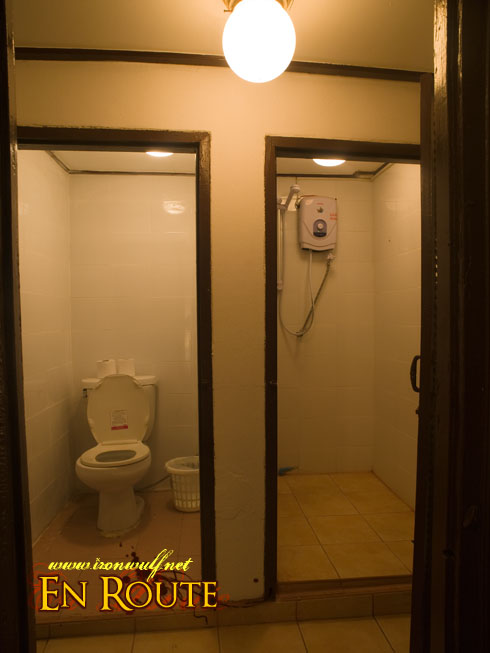 I already have a few guesthouses on my list that I think would be a good place to stay. The first one was Orchid Guesthouse just nearby where we dropped off were already full. Then there’s this one by the inner roads, Saysouly Guest House which has a room for 12 USD but the place was too rundown for its price. Then my last on the list was Syri 2 Guesthouse just past the Dragon Lodge but all of them were full. It was the start of the peak season so I expect it to be like this. And one other thing, all of these were listed on Lonely Planet Loas which I saw most travelers were in possession with. While I like Lonely Planet Laos, I’m quite sure most travelers would first check out the ones listed there. 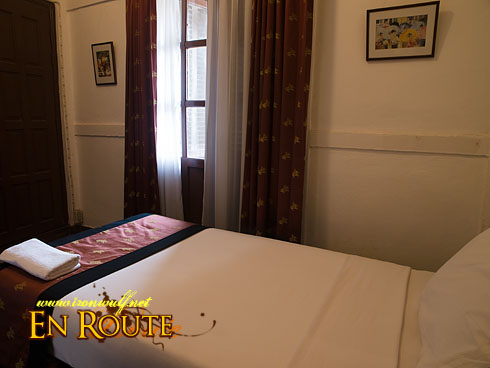 Another single bed facing the streetside

I just decided to walk around and ask a couple of guesthouses until I saw this beautiful old house just by the corner of Phnompenh Road. The sign says Lao Heritage Hotel. At first i thought this would be expensive but since I kinda ran out of straws, I decided to go in and ask the reception. The rooms were 125000 Kip which is roughly about 15 USD for a single room. Since I had a really good vibe of the place I asked to check the room. Their room doors were from those old houses and they were still using those old keys which I was amused. 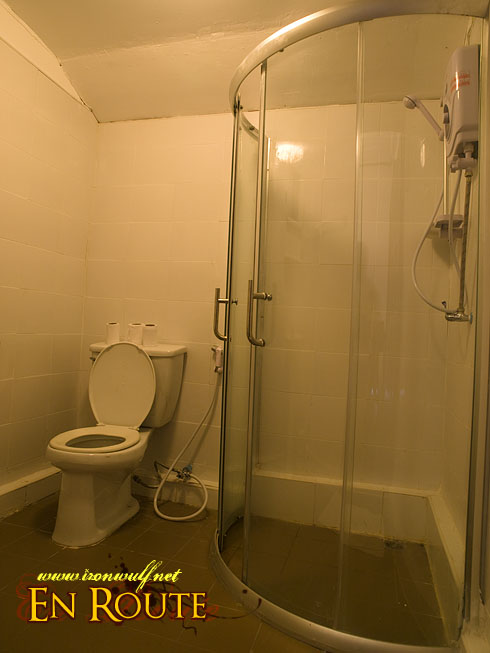 The rooms were very good. It wasn’t very big but the amenities and facilities were there. A small refrigerator where they have two bottles of distilled water (which they replace everyday), cable TV, air con, hot water on bathroom. The only downside here was there were a lot of mosquitoes at the area so asked for a bug spray at the reception even a mosquito coil is available if you like. But once they are gone and the aircon’s turned on they’re no longer a bother. 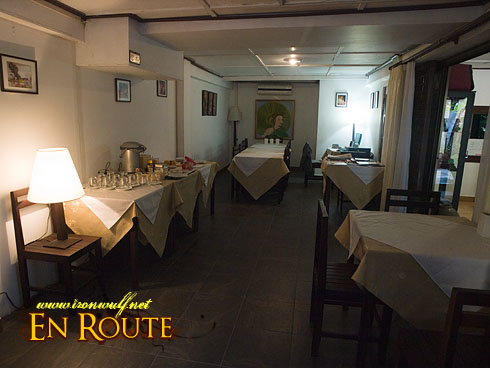 I was able to talk to Toy Siri, the owner of the place. She actually mistook me for a former guest and the staff knew I was from the Philippines from my features. They said they had a regular Filipino guest there before who was training people there in Vientiane for a while. That explains the Mabuhay Magazine in their common room. I told her how I like the place, from the type of furniture she uses, the design of the interiors and the old charm of the place.

I thought that the Lao Heritage Hotel was a gem of a find accommodation. I know there are much cheaper places around but for 15 USD I found really cozy rooms with complete amenities, complimentary breakfast of bread, fruits and jams and all day tea or coffee at the dining area. Really friendly and enthusiastic staff which is really important. The location is also good, as it’s on a quiet side of the street just walking distance from the National Stadium and the National Museum. It’s a real value, in fact I stayed here again during my last leg coming from Luang Prabang and still enjoyed it.