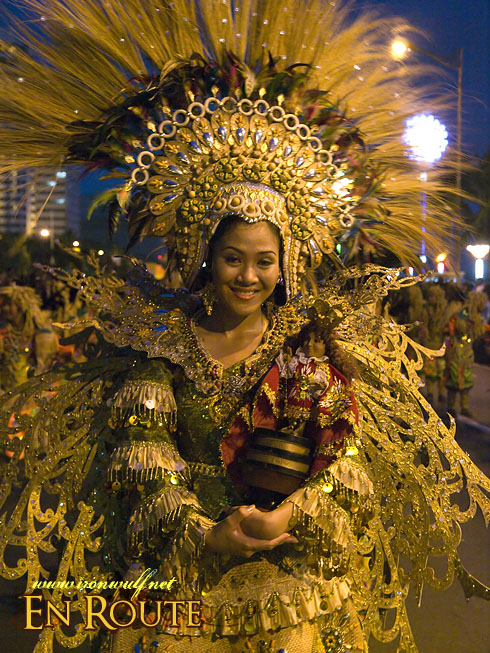 The Aliwan Festival is an annual event held in Manila, Philippines. It’s where the best of the best festival winners from around the Philippines gather together to showcase what the Philippine Festival is known for – cheerful revelers wearing vibrant costumes with awesome performances. This year, I wanted to see this event since for the past years since it started, I’m away from Manila. 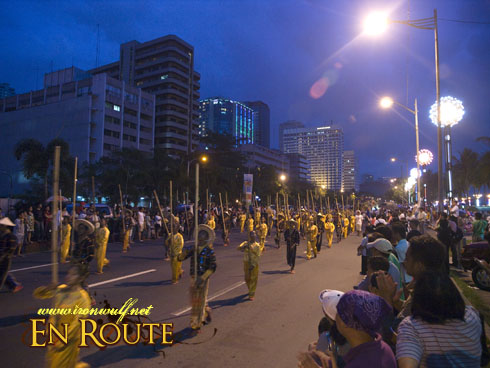 We were arrived late at Roxas Boulevard where the participats would be parading from Aliw Theater to performance grounds at Quirino Grandstand. I was already expecting the parade to have already started when we got there to my surprise it hasn’t. It was already late in the afternoon and is getting dark. Honestly this could be really tricky for those who like to take photos of the parade. They should have started a lot early. 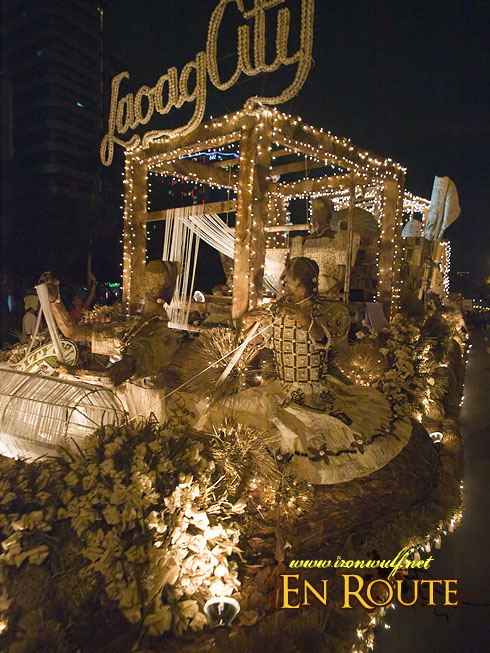 While I heard that participants started their parade around 4:30pm they still should have started early since the parade reached the US Embassy Area around 6:30pm. We were able to catch some of the participants before they moved on to the performance grounds. Their costumes were really amusing and the props they have were really detailed. 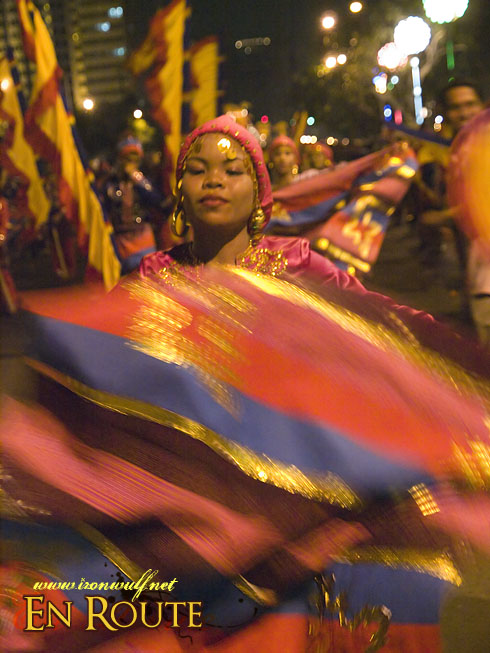 By 7pm it started to rain, by that time we just decided to leave the venue and didn’t finish the parade nor watch the whole performances. I can just imagine the hardship those participants went through just to deliver a great performance raining or not and parading the stretch of Roxas while dancing. Not an easy tasks I may say. 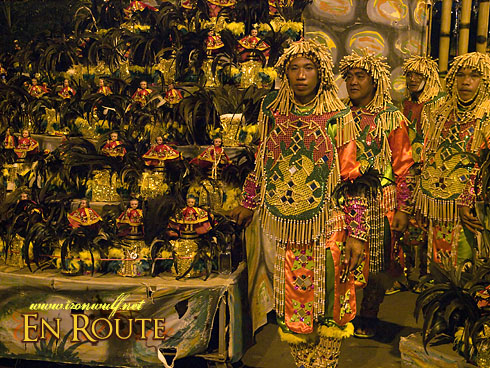 Today I learned that the following winners for the street dance was the Buyogan Festival from Abuyog Leyte followed by runners-up Kasag Festival from Banate, Iloilo and the infamous and crowd favorite Dinagyang Festival, Iloilo. I was able to watch performances from the net (which I know pales in comparison from being there) and can say that the Buyogan with their jollibee inspired bee costumes rolled out a terrific and captivating performance deserving the win. 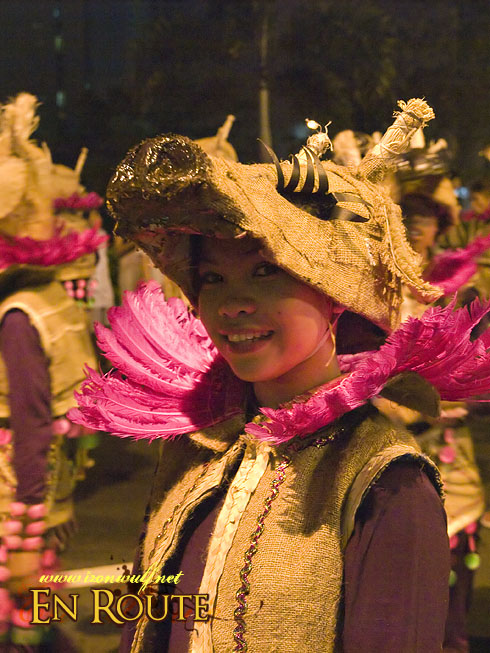 On other categories, the organic float from Laoag City got the main prize while the Aliwan Festival Queen crown went to Alcoy Siloy Festival, Alcoy Cebu.