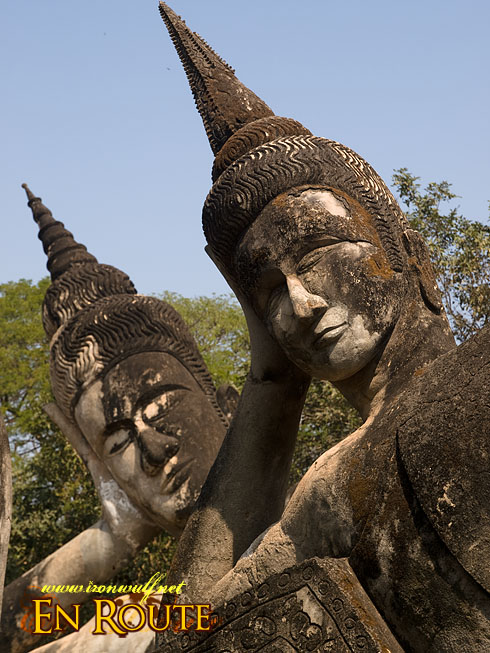 On my first day in Vientiane, I decided to visit the Xieng Khuan, also known as the Buddha Park, just 25km off the outskirts of the city. But before that I had to visit the Northern Bus Station to reserve a ticket to Luang Prabang. This is also my first foray to a Tourist Tuk-tuk just waiting at the side street a block away from where I was staying. 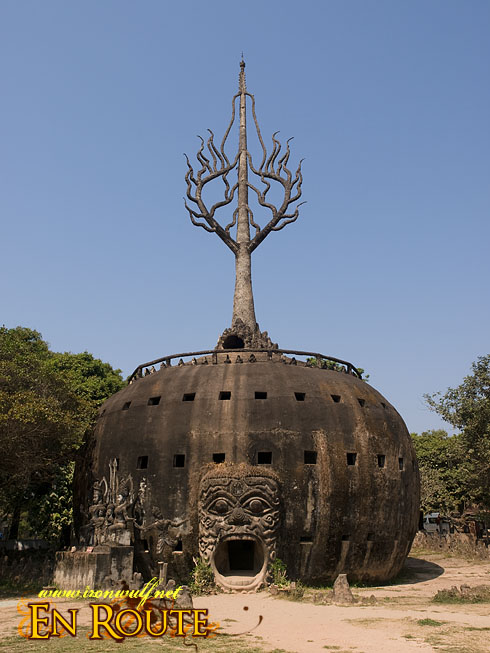 So I was headed to the bus station and asked him how much. On his list is written 40,000 kip to the bus station which is ridiculous since I asked Tune, the receptionist at the hotel that they only pay 20000-25000 kip going there. When I was on my way, he said he’ll give me a discount and also offered a tour service on certain sites as well on a special price. At first I thought it was a good deal so I agreed. We went to the Bus Station only to find out you can only buy tickets for that day’s departure. I consulted with the book and remembered that I would save a lot more if I go by public bus transport at Talat Sao (Bus 14 for 5000 kip) or a regular chartered Tuk-tuk for only half the price he’s charging me which is 220,000 roughly US$ 20. 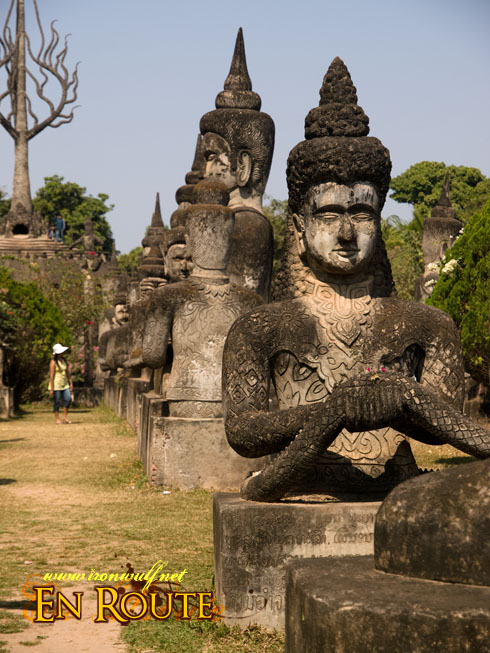 A tourist examining the row of sculptures

When were heading back, I told him we’ll cancel the tour and I’ll just pay him for the Bus Station rate. Still he insist on the tour and lowered the price a bit. We were roaming around the city and I repeatedly told him to just drop me off at the city center. then he said “Sir just please help me out here. Just for my living” then we passed by his house which he showed me was still under construction. Oh hell, call me gullible, but I got suckered through his pity pleading and we started our 1-hour ride to Xieng Khuan Buddha Park. 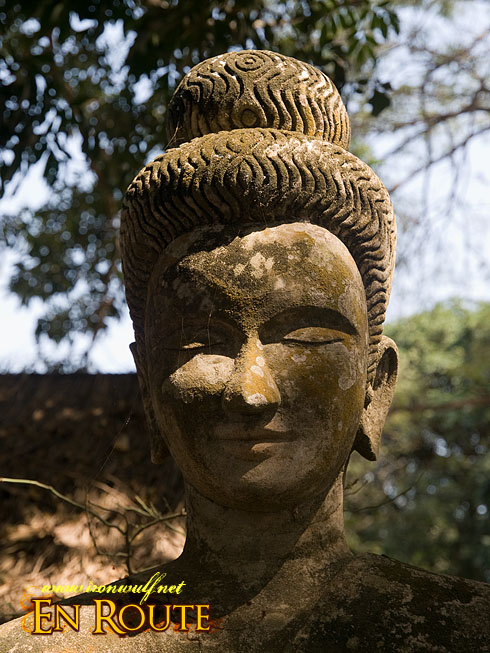 Portrait detail of one of the Buddha Sculptures

We arrived at Xieng Khuan where I paid 5000 kip and an additional 3000 kip for my camera. That’s when I felt I was robbed. Honestly I think Xieng Khuan is a tourist trap. It’s not that bad actually, I just thought it’s not worth how much I paid for going there. Xieng Khuan, which means Spirit City, houses the eccentric and quirky concrete sculptures of Luang Pu Bunleua Sulilat dating as far back as 1958. The Buddha Park isn’t that large and has some really bizarre sculptures. There’s this interesting pumpkin-like monument where you could go in and out to the open roof through an inner staircase. There’s also a large reclining Buddha there and other Hindu Shivas to the interpretation of the artist. I think one could spend a about an hour or less just going through here. 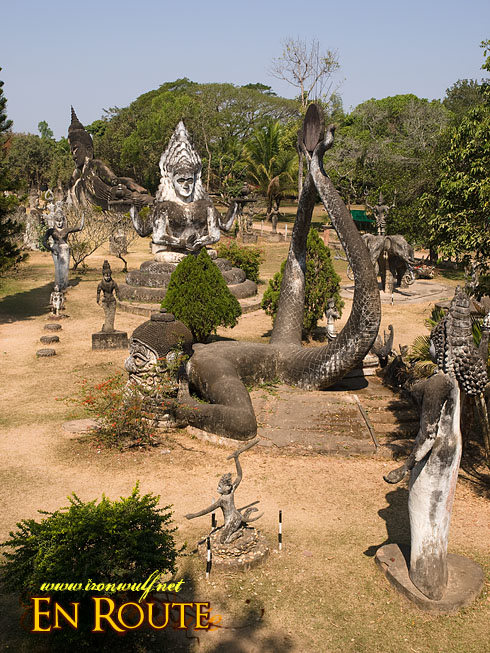 We went back to the city and I just told my driver to drop me off at Patuxai Monument and no longer continue with the rest of the sites. It’s just a bit frustrating to be duped off like that. I still paid him his full due but it was a hard and expensive lesson for me. It would be ok I guess if I were part of a group where I can share the expense but paying all that on my own really takes a toll on my budget.