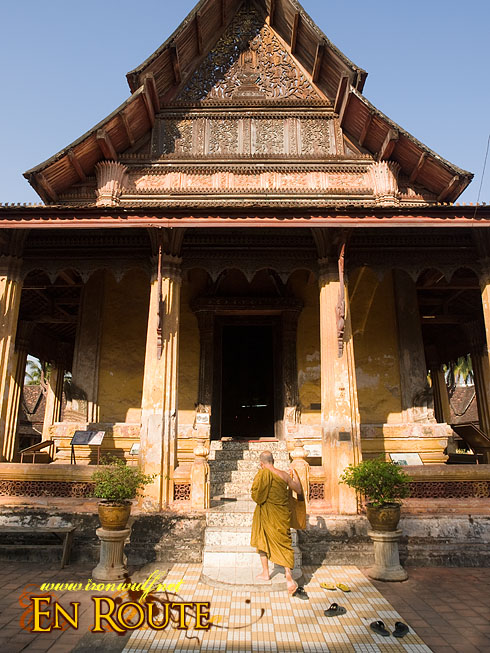 After visiting Xieng Khuan, I had lunch nearby and not to let the tuk-tuk blunder ruin my travel, I went on my afternoon exploring the city of Vientiane, which would be on spotlight in Asia later this year as Laos hosts the upcoming SEA Games on November 2009. For participants and audiences, there a number of attractions to keep them busy around Vientiane in between games. The city is dotted with numerous temples, it may not be as many as Luang Prabang, but there are special ones worth a visit. If I were only to visit a couple, I would definitely go with Wat Si Saket and Haw Pha Kaeo. 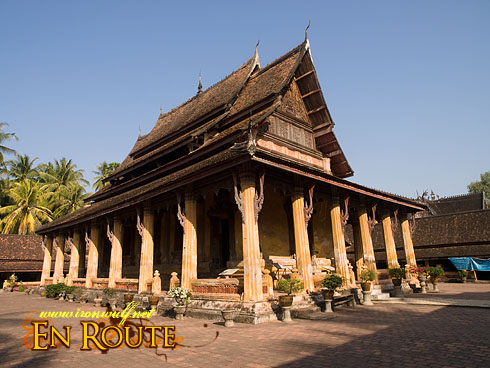 Just at the corner of the main roads Th Lan Xang and Th Setthathirat, and a stone’s throw away from the Presidential Palace, Wat Si Saket is one of the more accessible temples in Vientiane. It’s easy to find even by foot from the main lodging areas. The temple is surrounded by high thick walls and there’s an entrance fee of 5000 kip to enter the temple area. 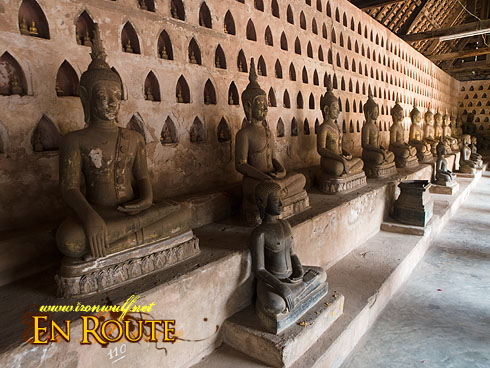 Inner wall decorated with around 2000 silver and ceramic buddha images

Wat Si Saket is a beautiful old temple. Considered as the oldest surviving temple in Vientiane as it was believed to be built in between 1819 to 1824 by Chao Anou. Educated in Bangkok, Chao Anou showed some Bangkok influence to the style Wat SI Saket was built with the addition of the thick walls similar to the Vientiane’s Pha That Luang but smaller. On the inner walls are an impressive decoration of around 2000 silver and ceramic Buddhas. 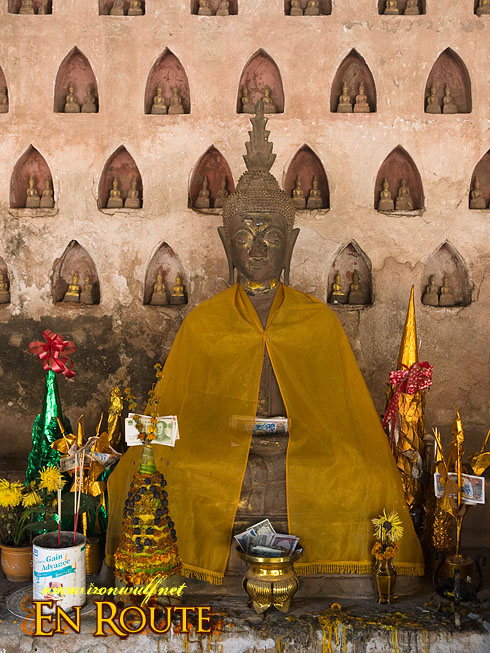 Going inside the temple sim, the walls are adorned with age old and decaying Jataka (stories from the life of Gotama Buddha) mural artworks. Really impressive work. Too bad I can’t take photos inside but I was really amazed with the details of the murals. Most of them are un-restored from the 1820 original artwork while the other parts were restored recently in 1913. 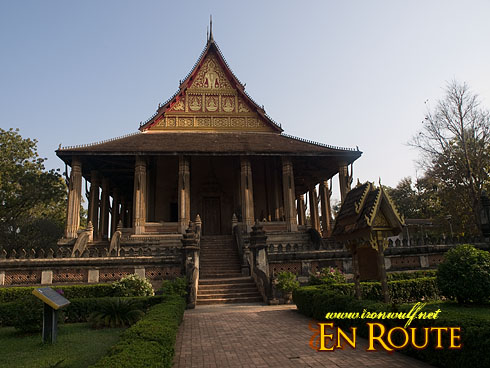 I came in just in time before Haw Pha Kaeo (Haw Phra Kaew) was closing. Most of the public temples here in Vientiane with admission fees usually closes at 4pm in the afternoon. It’s a good thing Haw Pha Kaeo is just a short walk from Wat Si Saket so I was able to get in before the gates closed. There is again a 5000 kip entrance fee. 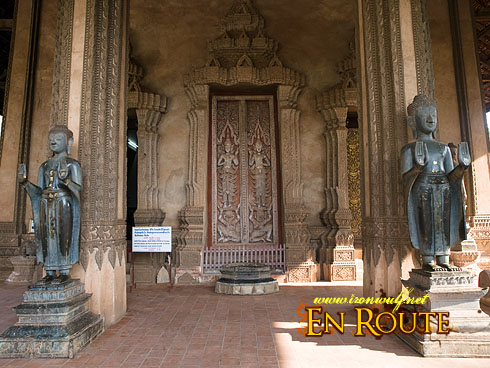 Haw Pha Kaeo, came from the word Pha Kaeo in Lao which meant Jewel Buddha Image, according to Lao history, the original temple which was built in the location houses the famous Emerald Buddha but was razed in a skirmish in 1779 with the Lao and the Siamese. The Emerald Buddha was stolen and is now placed in Bangkok’s Wat Pha Kraew. The temple was rebuilt in 1936 but no longer resembles the original temple. 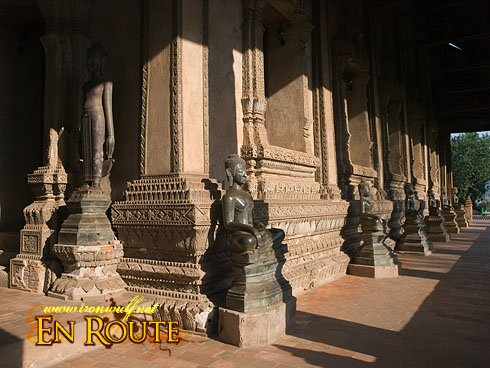 But despite the architectural changes and style, Haw Pha Kaeo is one of the most important sites in Vientiane as it houses many of its religious arts and age old artifacts since the temple was converted into a museum. The new temple with rococo and Bangkok style influenced design, corridors adorned with bronze buddhas, and doors ornate with angel like figures reminiscent to Angkorian Asparas now stands amidst a nice large garden. A worthy visit for anyone visiting the city of Vientiane. 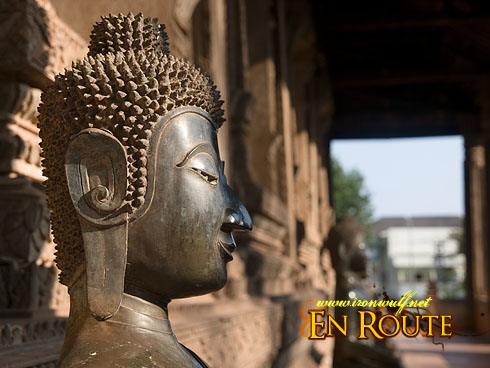