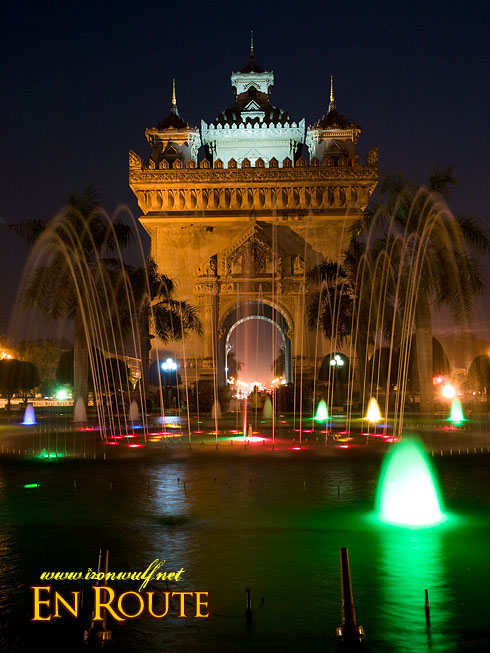 From the main road of Th Lan Xang, it’s hard not to miss the very prominent monument of Patuxai. Even coming into Vientiane for the firs time, this Arch, which unmistakeably look similar to Paris Arc de Triomphe welcomed me coming from the southern bus station. But before I could take a picture and claimed I’ve been Lost in Paris, a closer inspection of this famed monument reveal their differences. 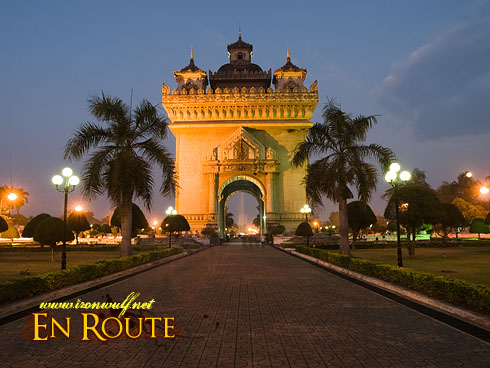 It’s a good thing Patuxai is a good walking distance from town. It’s not a short walk but enough to give your daily dose of cardio exercise. In face early morning and starting late in the afternoon, I have seen a lot of locals go here for a good jog or run. The surrounding oblong shaped park, which has been developed for some time and has been a favorite local hang out and to do a few laps. 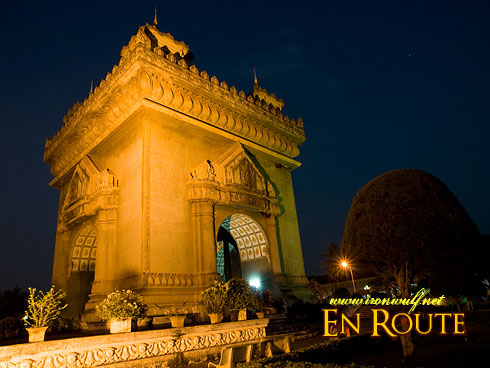 The Archways of Patuxai

The Patuxai was actually built in the 1960s using a US-purchased cement that was supposed to be used for the construction of a new airport, thus it got the moniker of a “Vertical Runway”. Not only does the Patuxai has a striking similarity to its Parisian counterpart, but their names have the same meaning. In Lao, Patuu means “door” or “gateway” while Xai came from Sanskrit Jaya meaning “victory”. 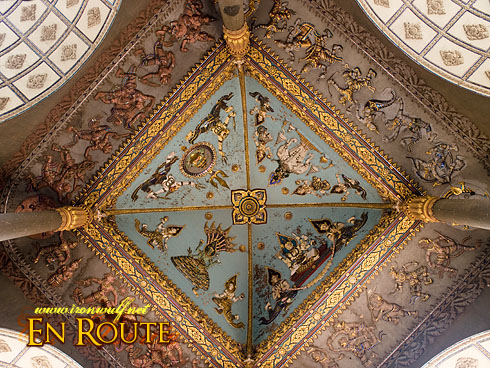 But the similarities end there, as unlike the Arc de Triomphe, the Patuxai has four arc gateways and a box-type construction, for me it actually stands like a monster on all fours especially at night. The designs, from the elaborate ceiling inside the monuments, the ornaments at the sides of the the monument as well as the cornices are distinctly Lao. 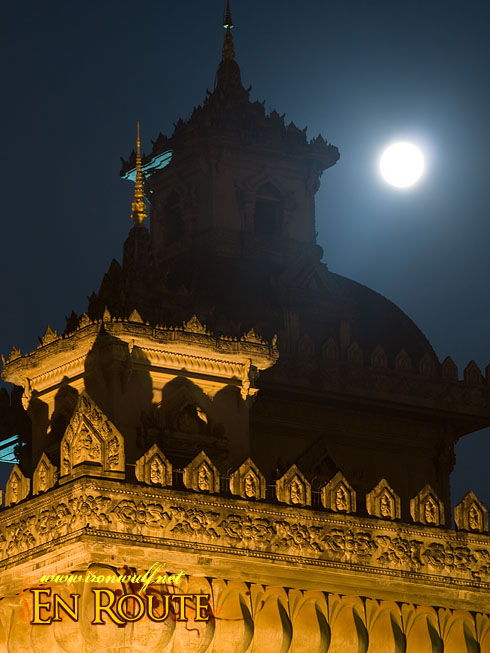 And from 8am to 4:30pm during Mondays to Fridays, and up to 5pm during the weekends the staircase going to the top of Patuxai is open. There is an entrance fee of 3000kip for the access. Before you reach the top viewing decks there’s a couple of floors filled with souvenir shops. 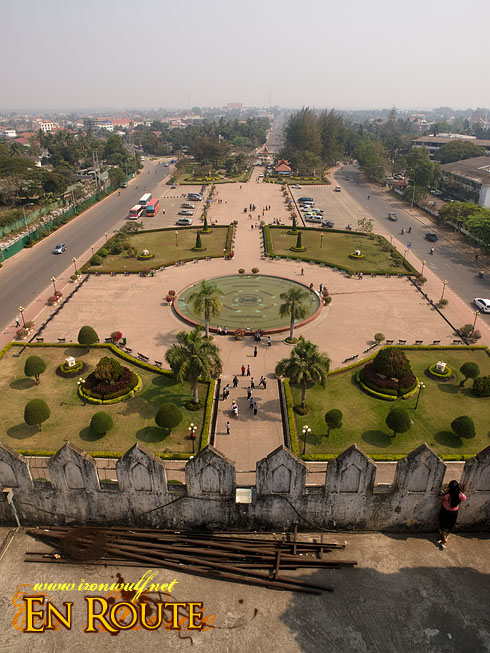 The top floor offers 360 degree views of Vientiane City. Below is the view of the Patuxai Park. Aside from the vanishing horizon view of the city, it seems the viewing grounds are not being taken care of that much. Some vandalism on the walls and some constructions parts left behind already rusting. Photography was said to be prohibited there but there’s no one around to monitor. 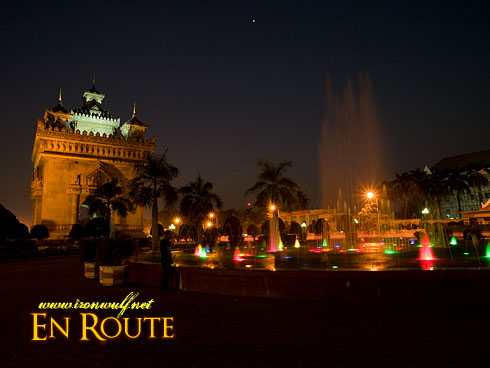 Be amused at the musical fountain from afternoon till evening

As the sun sets the Musical Fountain starts to play. It’s a synchronized play of light and fountain to the tune of a local music. Delightful sight as the locals and foreigners seemed to enjoy it. The Musical fountain were donated by the Chinese. I’m not surprised as I’ve seen the same kind of fountain when I was at Chengdu, China. I wouldn’t be surprised if they were made by the same construction company.