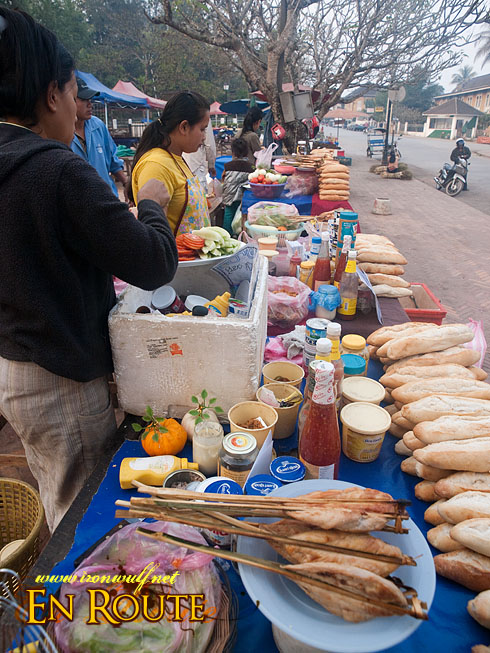 Situated 700 meters above sea level, I felt relieved that Luang Prabang has cool mornings and nights compared to the other places I’ve visited in Laos. Surrounded by mountains and intersected by the mighty Mekong River and Nam Kahn River, it has one of the most varied landscapes in Laos. Add in a charming town dotted with numerous temples, crumbling French colonial houses and gentle people, Luang Prabang is like a place time almost forgot. Definitely a favorite of all the UNESCO World Heritage Sites I’ve visited. 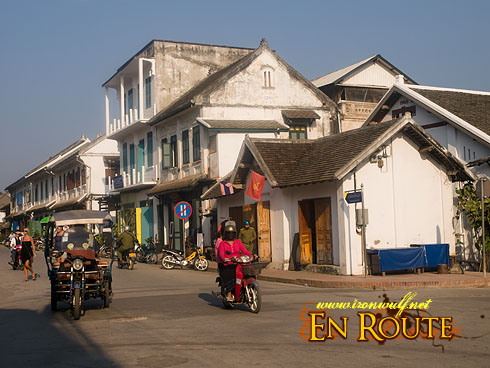 I spent my first few hours in Luang Prabang wandering aroung the town’s main streets just to get a feel of the place. The wind was cool that morning and the weather was bright making it for nice walks in town. The main streets of the town consisting of Th Chao Fa Ngum, Th Sisavangvong and Th Sakkarin runs in parallel to the Mekong River. It is very manageable to walk from end to end of the streets. 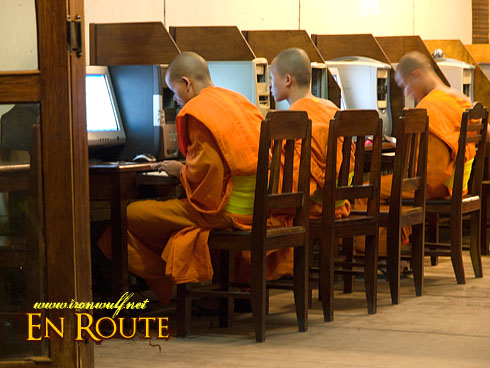 Coming into Luang Prabang by bus, most sawngtheaw would pick you up and drop you off at the corner where Th Sisavangvong and Th Chao Fa Ngum meets. Here you’ll find the town’s tourist center where you can get information on out of town tours as well as the town UNESCO World Heritage Site designation. Just across it are numerous stalls of Baguette vendors. For 10,000 kip you get to have a large baguette filled with veggies and meat of your choice. It’s one of my favorite food place that a vendor already recognizes me as a suki (loyal customer). What I really like here in Laos, is that people are not that aggressive when dealing with tourist unlike say Vietnam and Cambodia where vendors and touts would go straight in your face and sell you their wares and services. 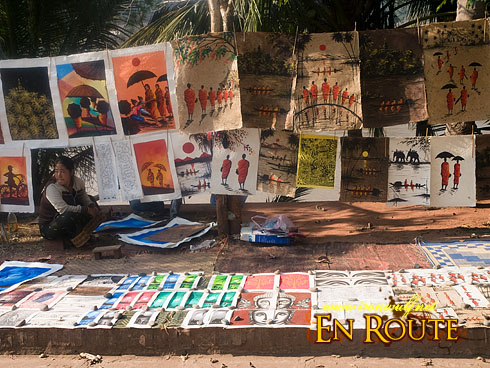 Heading deeper Th Sisavangvong at the direction of North East, I passed by several temples, the Grand Palace on my left and on my right are the stairs to Phu Si Hills which I’m planning to visit later. Commercial restaurants, travel agencies and internet stations line up the streets of Th Sisavangvong. Presence of monks in their bright orange robes are very common. They also crowd internet stations as well. I shed my sandals going inside and I could see them using social networking sites like facebook and sending emails through gmail. 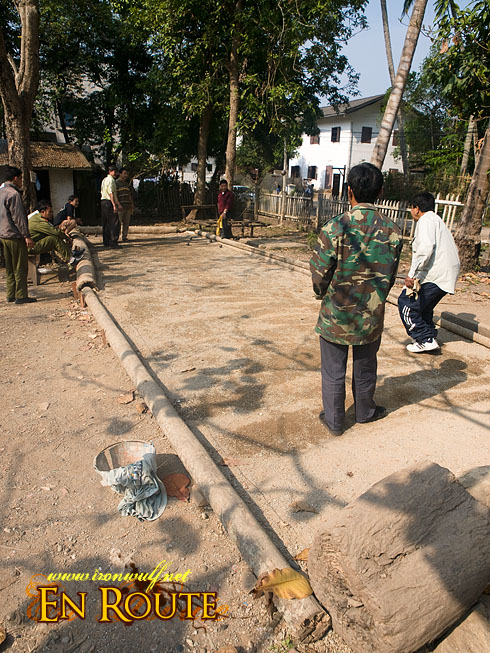 Luang Prabang A Game of Petang

Going further, entering Th Sakkarin, it gets quieter. There’s a public school on the left and some stores at the base of the old French Colonial shop houses. More solemn and quiter temple areas can be found. The streets also have vendors selling souvenirs, artworks and food. There are also numerous lodging areas here and local houses. I also got lucky to see a few locals playing with their national past time game, Petang. I never got to understood the mechanics of the game, even watching them throw in heavy metal balls the side of tennis balls on each side of a wood barricaded court. By now,I also notice that most of the vehicles passing this road are the light ones. Tuk-tuks, motorbikes, bicycles, saamlaws and some vans. Due to UNESCO designation Public buses and transports are not allowed in the area. 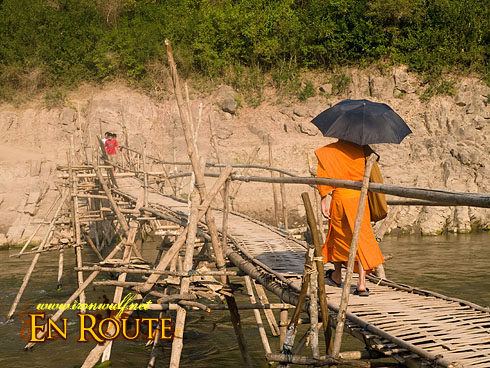 Heading straight, the road bends left to Th Khem Khong. But before I continued along the bend, I headed straight, off the road since I saw a trail and found Nam Khan River. Here I found a wooden bridge where use to cross to the other side. They said there’s a weaving and paper making village across but I had to pay 5,000 kip to pass by that wooden bridge. I thought I’ll check it out later. That was my initial wandering on the main street, now to get a closer inspection on some of the sites.