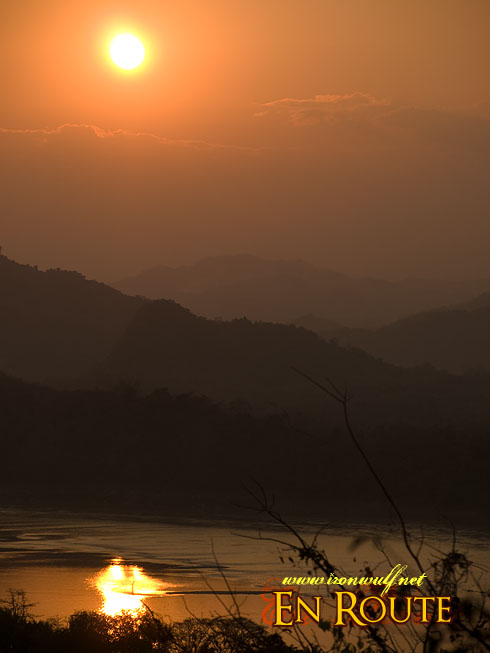 I remember Laura, the petite English girl I met down south of Laos in Wat Phu Champasak, telling me that the sunset at Phu Si Hills is really beautiful and I shouldn’t miss it. So I made sure before 4pm, I made my way to Phu Si Hills, a 100-meter high hill found at the center of town along the main roads. There are several temples on and at the slopes of the hill. It’s also a popular place for the tourist to catch that famous Luang Prabang setting sun. 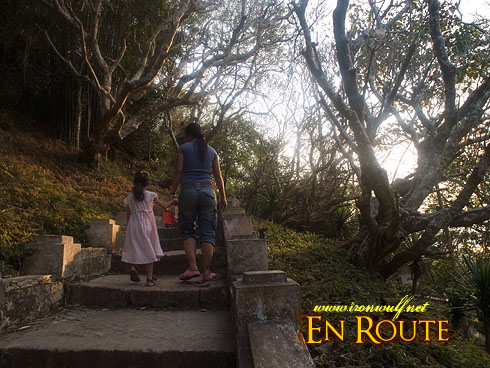 The jump off to the climb of Phu Si Hills is just across the Royal Palace Museum. There is an entrance fee of 20,000 Kip to climb up. The climb up the concrete stairs is easy since the hill isn’t that high, I even found kids there climbing. Shortly I reached the summit and found a crowd of people there. I think I underestimated the time and should have been there earlier. 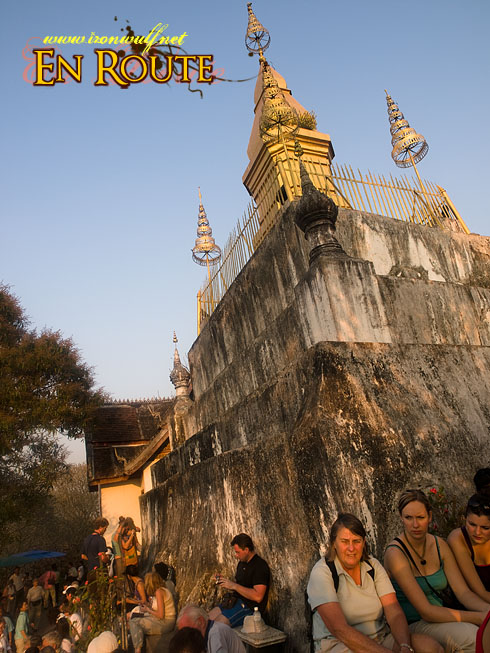 The temple that stands at the summit is the 24m-high That Chomsi. Believed to be built in 1804, it was recently restored in 1914. The temple is very visible at any ground level of Luang Prabang. I can clearly see it from the eastern part of the the town. It was said that during mid-April, the Lao New Year festival procession starts from here. 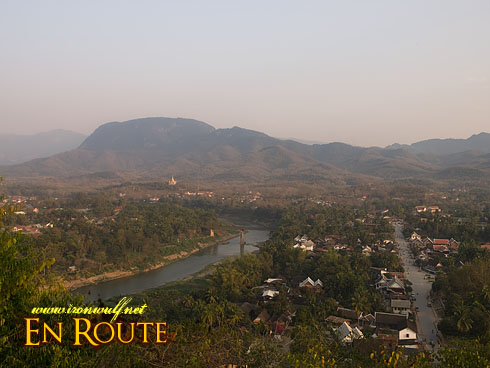 The summit indeed has a wonderful views of the east and west side of Luang Prabang. You could see mountains surrounding the town. On the West side is the mighty Mekong River while on the East side runs the Nam Khan River. On the west side of That Chomsi there are stairs going down leading to a cave temple. I didn’t bother to go down since the sun was setting low fast. 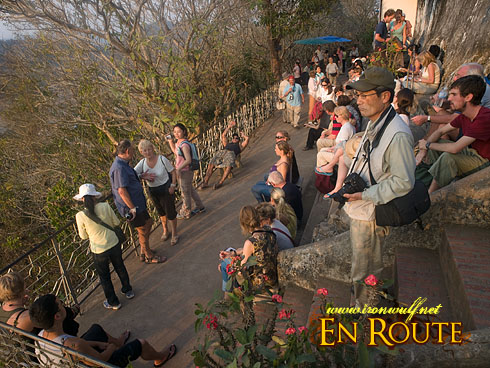 Clearly, most tourist have the same thing in mind – to capture the sunset from the hill. Most of the good spots are taken. Some people even sleeping or sitting on the spot while waiting for the sunset. Cameras and tripods positioned. If I wanted a good spot I should have come here earlier. It reminded me of Phnom Bakheng in Angkor Archaeological Park where most tourist would flock to catch the sunset. 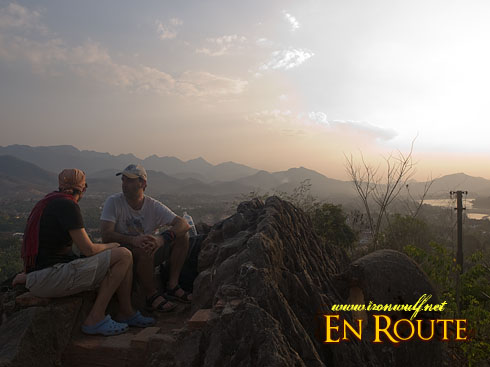 Phu Si Hills Waiting for the Sunset at the summit

The crowd actually annoyed me since some photographers would go to all lengths to get a good spot. Some even climbed to the edge of the rocks at the summit just to get a good view ahead of the others. I don’t think a shot like that is worth dying for. As the sun started descending, the crowd melded in making it hard to move and then some people started blocking my views. It was annoying and thought it wasn’t worth it anymore. Just took a few shots with a telephoto lens and left the scene. 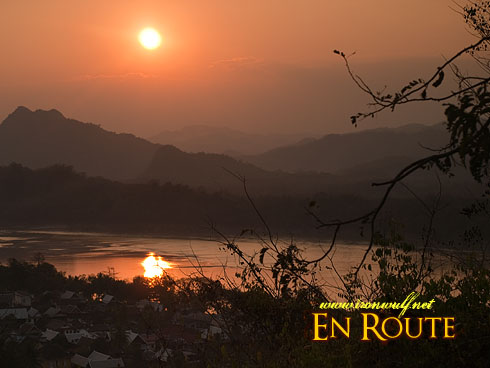 I climbed down from the summit and found myself on the lower slopes where there are only a few people. I noticed that the sun didn’t go down behind the mountains. Probably some clouds blocking the view. Thank god I didn’t stay there. Shortly people came pouring down and I let them go first while I enjoy my time at the lower slopes. When I reached the street, I was surprised to see the road blocked with numerous red-roofed open tents. It’s time for the Night Market.