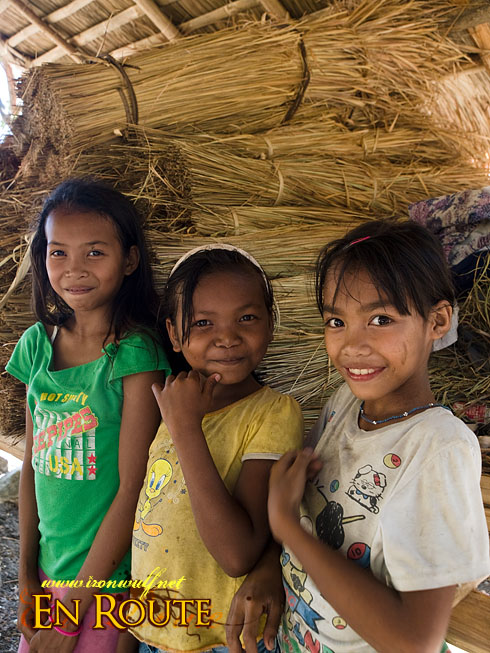 We ate our packed lunch there at the Tamaraw Gene Pool Center after visiting the captive Tamaraws Kali and Mimi. It was a simple packed lunch which we ate kamotan style (with our barehands) there at the outdoors but it was fun as if we’re just having a picnic. Had a little rest at one of the huts then made our way back towards the city but not without stopping for a visit at a couple of the Buhid Mangyan villages in San Jose. 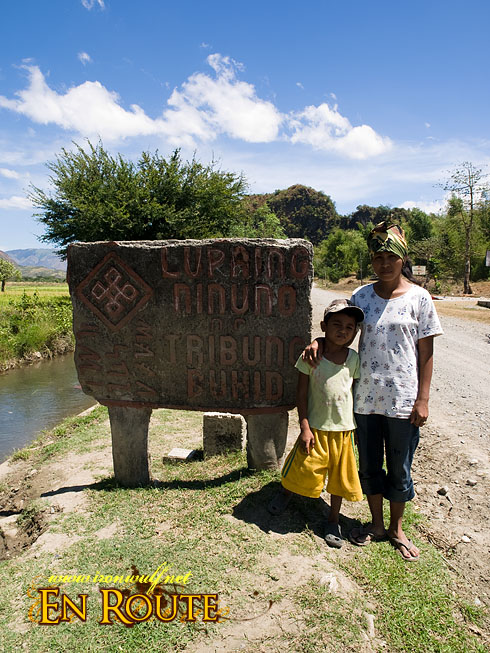 The Mangyans is an indigenous ethnic group found in the island of Mindoro. They are said to be the original settlers of the island and currently there are 7 Mangyan groups across the regions of the island. Each of them have different qualities. I was able to interact with one of the tribes, the Iraya Mangyans at Puerto Galera, Oriental Mindoro. This time we were able to visit the Buhid Mangyans found here the the Southern Part of Mindoro. 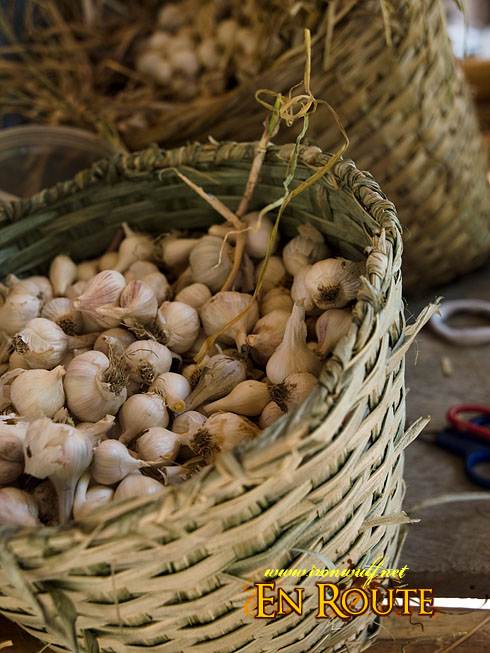 Garlic is one of the root crops they harvest

The word Buhid literally means “mountain dwellers”. Most Buhid Mangyans live along mountain slopes and are known for planting and growing rice as well as certain root crops like garlic. They are also a creative group of Mangyans known for their colorful weaving and embroidered attires. And among the Mangyan groups, the Buhid along with the Hanunuo Mangyans have retained their ancient script dating as far back to the Brahmi scripts of Indonesia in the 3rd century BC. The Buhids and the Hanunuos still teach their young these ancient scripts even until this day which I’m grateful to learn since this is keeping this important heritage alive. These ancient scripts are so important that it was declared as a National Cultural Treasures in 1997, and were inscribed in the Unesco (United Nations Educational, Scientific and Cultural Organization) Memory of the World Register in 1999. 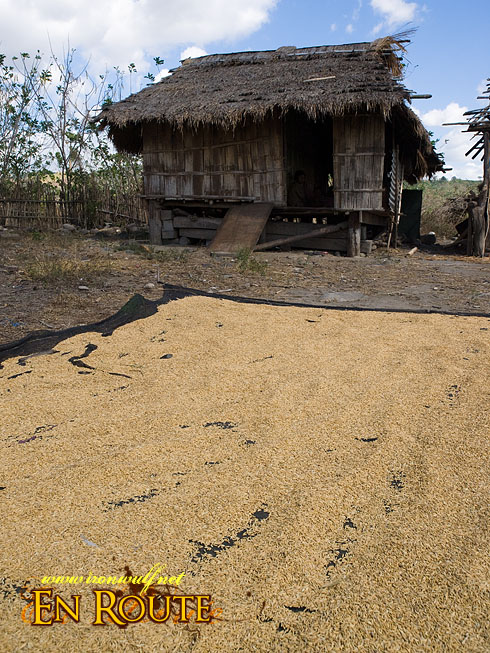 Drying Rice Grains in front of their Mangyan houses

At this times, the Mangyans no longer wear their traditional garbs, but despite this they still live the way they have lived during the ancient times. Christianity may have influenced their modern beliefs but they still retain their some of their animism practices. Their sociological model still retains. The Buhid groups still has the main elders whom they follow. 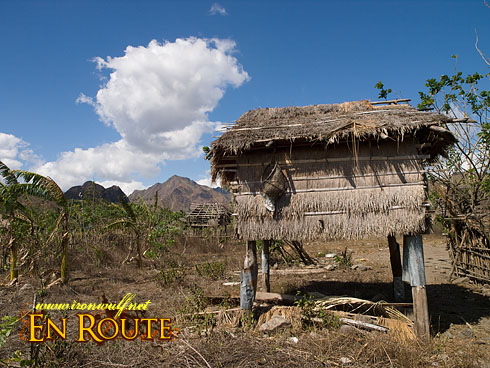 On one of the the villages we visited, they were still living on their ancient type of houses. They have this elevated storage huts in which no one is allowed to pass under the house as it it somewhat a sacred space. They were not able to explain why but it seems that doing so might spoil their food stocks. 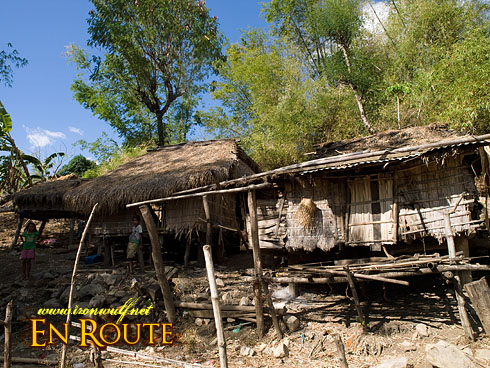 Visiting these villages were really worth the while. Even at this modern age, they can still adapt through the times yet still retain their ancient cultural heritage. Their old nipa style huts, free roaming cattle and poultry, large farm areas, smiling young ones and gentle elders makes up for an interesting cultural experience. The Mangyans, which are most of times denigrated are really an important part of our Filipino culture and should be respected because of their rich cultural heritage.