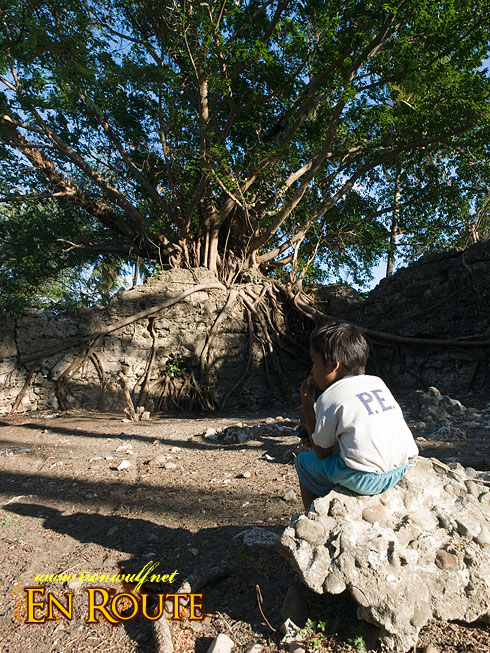 Our last stop for the day after visiting some Buhid Mangyan Villages was the historical town of Mangarin. Just close to the sea and cut through by a river, the town of Mangarin plays a major role in the history of San Jose, Mindoro. Along with Iling Island, Mangarin is one of the oldest settlement in the island. 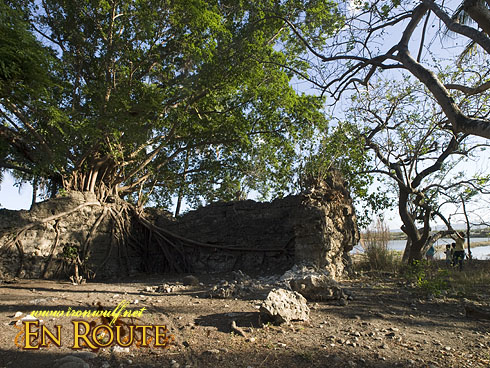 Mangarin Ruins by the sea

It didn’t take us long to get to the town. We parked near a river and had to go on foot passing by a suspension bridge to reach the town on the other side. Going through a dirt alley road we reached what they call the Historical Ruins of Mangarin. 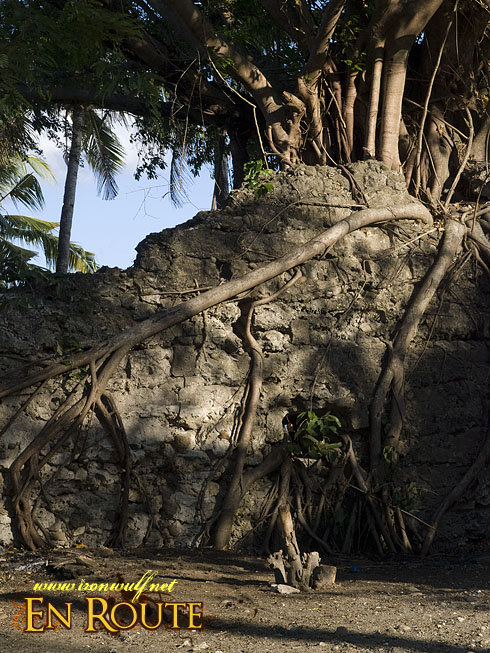 What is left of the ruins are two stone walls entangled by an age old tree. In a certain angle, people could mistake this as part of the famous Ta Prohm of Angkor Wat but this is only a small area. Historical studies believed that this used to be a watchtower was used to warn and ward off pirates including the notoriously-famous, Limahong. 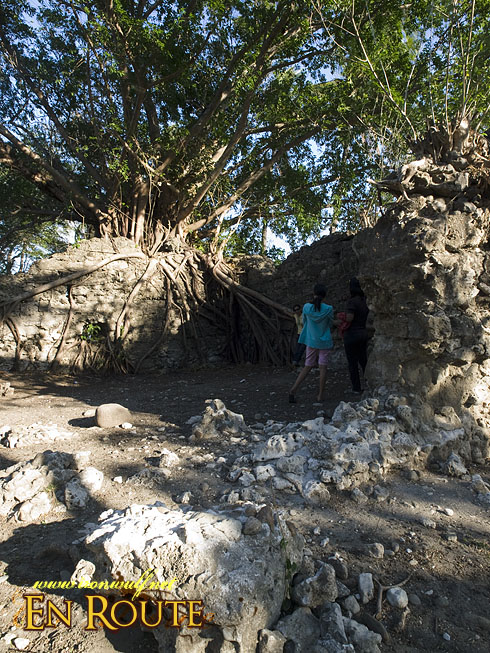 During the 14th century, Mangarin is a center of trade where Chinese use to drop anchor and trade with the Mangyans, the original settlers of the Island. By 17th century, the start of Spanish colonization, Moro Pirates frequently attacks nearby island Iling and Mangarin causing a decline in population and also forcing the people to flee. But shortly, with the combining force of the Spanish government and the Mangyans they were able to defeat the Moros and bring peace to the land. 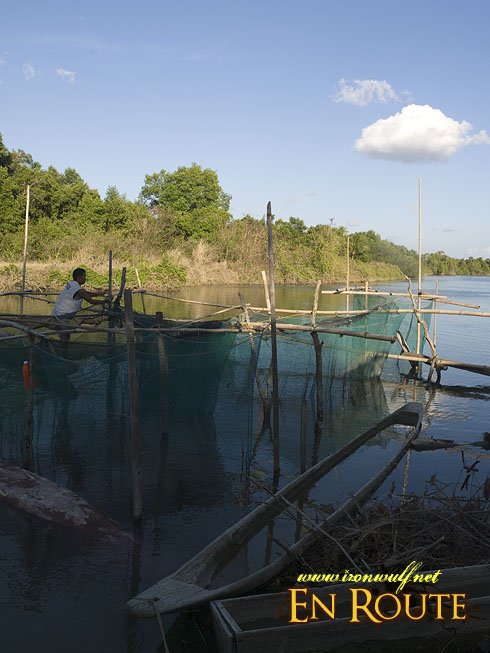 It was an interesting bit of history that’s why the San Jose government is bent on preserving these ruins as an important historical site. Studies are still being done as it was believed that there are tunnel connections below these ruins which is also a strategic component in defeating the Moro invaders. 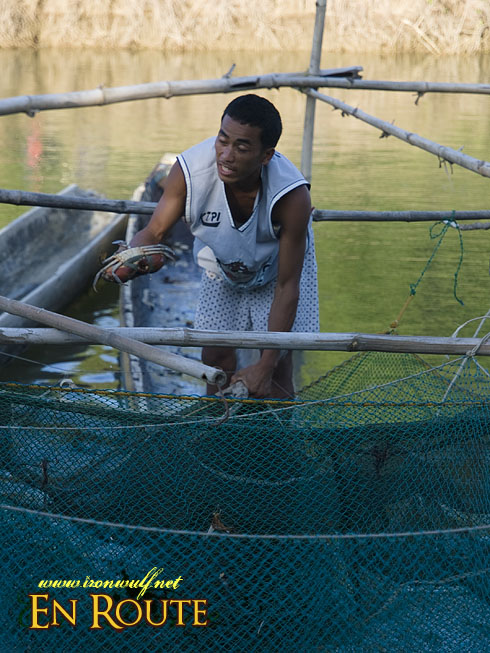 On our way back, we checked out the crab farm nearby which is one of the livelihood in these town. We purchased a few pieces then headed back to San Jose. It was a really interesting day from a visit to the tamaraws, the mangyans and capping off with a historical tour in San Jose.