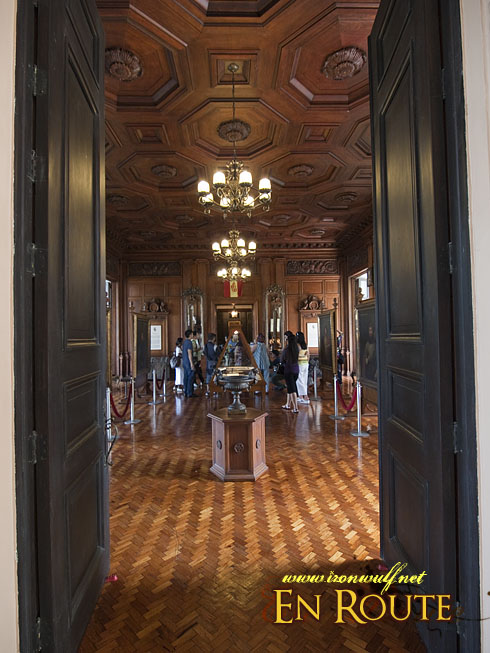 All eyes were on the President Arroyo these past few days since her recent State of the Nation Address (SONA) for 2009. But for now, forget all talks about politics and all that hulabula about the President. Let’s place our gaze instead on the presidential residency, the Malacanang. We’ll go through the extravagant halls of Malacanang Palace. Our Guide? None other than Ivan Man Dy as he gives us a taste of his relaunched tour “Power, Palace and a shot of Beer.” 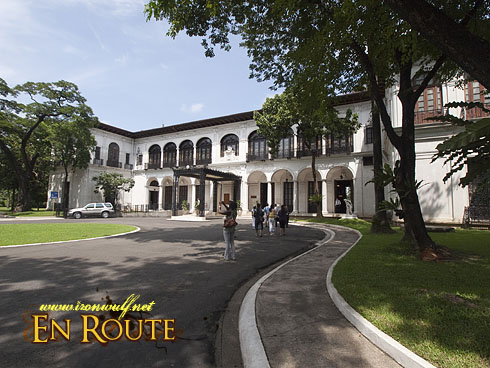 Heading to the Malacanang Palace

When I received the email in the midst of a photo assignment it was an opportunity that’s hard to pass up. It’s not everyday you can get inside the palace walls. Or take photos even. We had to send in our names beforehand as I’m sure Presidential Security Group (PSG) would do a background check on each of the participants just to be safe. It’s the presidential abode we’re getting into so I expected every bit of security measures to be taken. 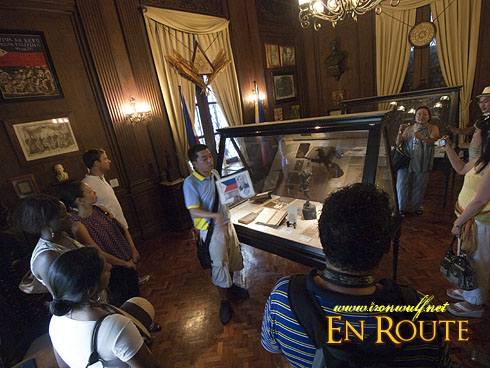 Eagerness eased up as Saturday came. Met with fellow travel bloggers Oggie, Dom, Nina, Oman and Eric at the Legarda Mansion in San Rafael St, San Miguel. Starting on time, it was a few steps away to the Palace Entrance. Security didn’t scrimp on us as our bags were x-rayed and cameras properly labeled. Ivan Man Dy was hush hush at first when he started his talk. We were informed that the president was in the vicinity to he needed to tone down a little. A few tic tac of the clock we were called up and said we would have a brief audience with the president. 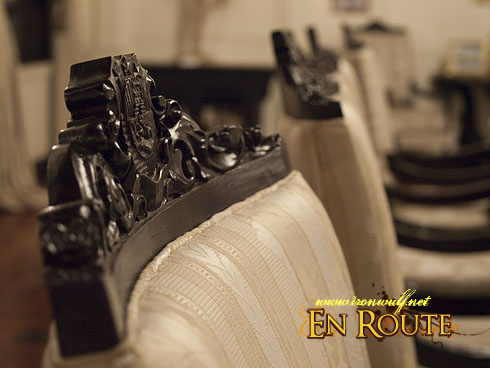 I know President Gloria Macapagal Arroyo isn’t the most popular person right now, but being more objective, as she walked in to the hall to greet us, she does exude an aura of power despite her petite size. Maybe presidents are like that. It was just a brief moment of conversation and Ivan himself was astounded as this happens very rarely. C’mon. It’s not everyday you get to meet a President. 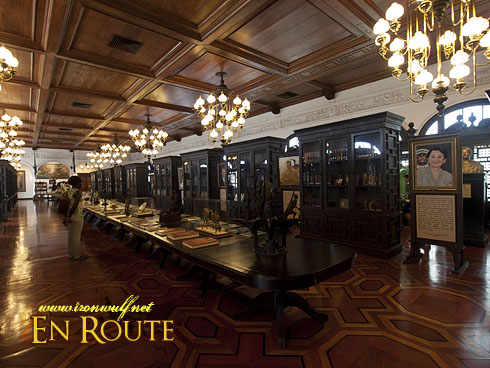 We moved on and entered the first room where the origins of the nation started. I won’t go much into details as to what he has discussed throughout more than 2 hours of our walk inside the Malacanang Palace Museum. I would say that Ivan was very informative and entertaining at the same time. His animated narrations, snippets of unofficial presidential gossips and interactions made these halls, and walls filled with antiquities more alive than viewing them your own. He opens each door with a magician’s precision ready to show the viewers the wonders of history hidden behind each doors. It’s a definite must to experience the tour yourself. 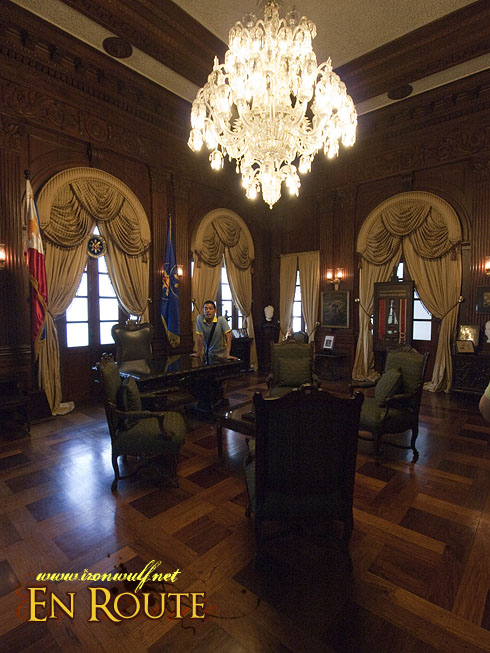 I only have very faint memories of Malacanang Palace during my last visit. It was early in my elementary days after the EDSA revolution in 1986. I remember seeing Imelda’s shoes and my dad telling me the Palace was ransacked loosing a lot f valuable items. Ivan informed us that the Palace Museum was just restored during Arroyo’s regime. The Malacanang Palace Museum is grand and a treasure trove of items related to our rich history. Some rooms are recreated but done so elegantly with details. Original items such as original signed copies of El Filibusterismo are in encased glasses. There is so much to see in here that it could take more than half a day for me to enjoy it and look at each details closely. 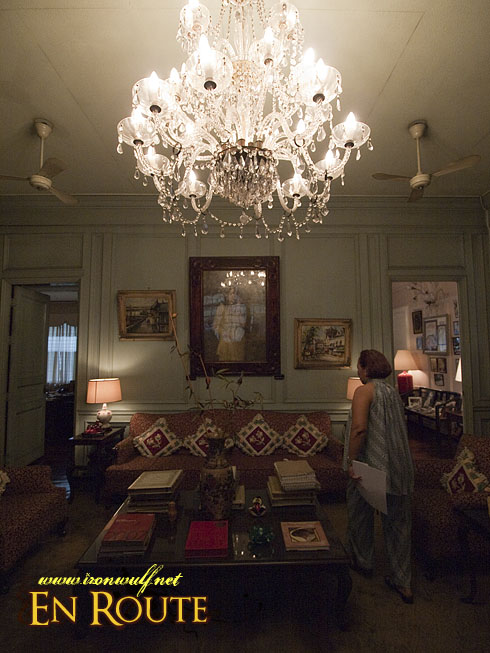 At the Living room of La Cocina de Tita Moning

We retreated back to the the Legarda House now known as La Cocina de Tita Moning. I’ve heard of this famous house for quite sometime as I remember we had them as client for their website when I was still working as a Web Designer on my first job. The Legarda House is a treasure throve on its own. It shows how high society living is like back in the 1940s-60s. It’s like a mini version of Malacanang Palace. There are lots of antique items that’s really fun to photograph. Their fine dine merienda is worth the mention as with going around the house. 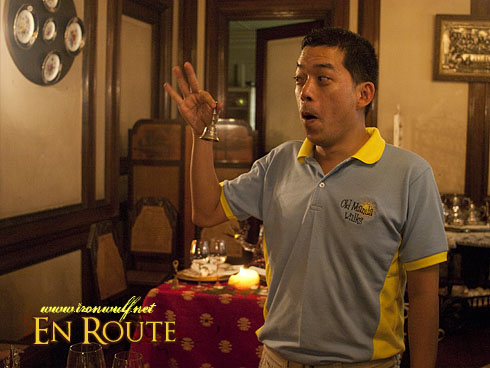 It was a truly splendid afternoon and very worth while. If there is a walk around Manila that I would recommend “Power, Palace and a Shot of Beer” is one of them. The poking around the presidential neighborhood tour is worth P950/head including that shot of beer. Check out full details of the tour and other tours at his site Old Manila Walks.

Check out my Flickr for more photos of the Malacanang Palace Museum and La Cocina de Tita Moning.