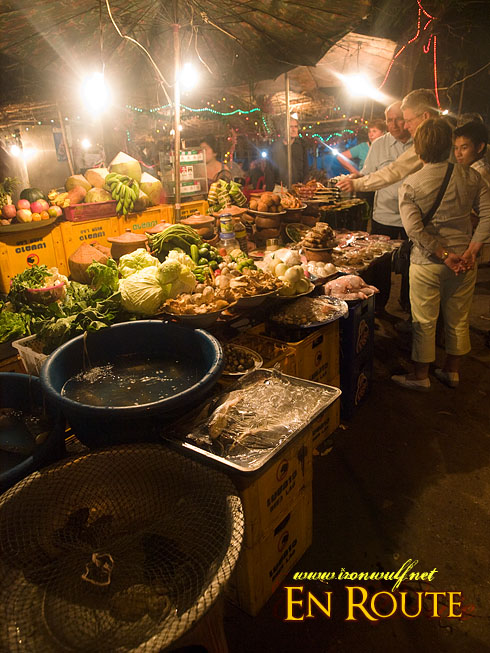 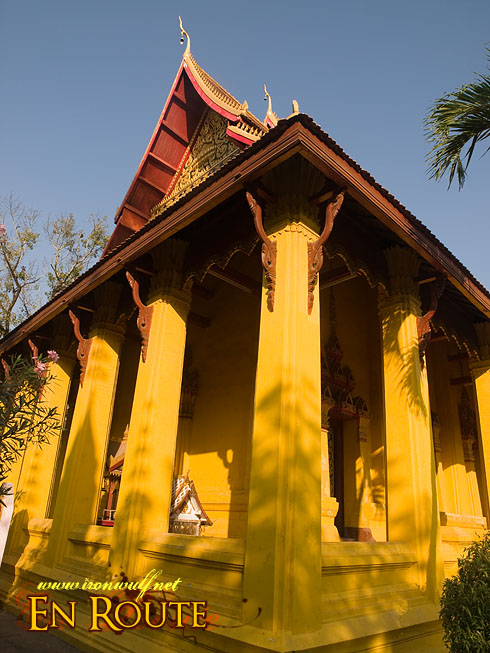 The next day I decided to rent a bike and go around Vientiane. Bikes is one of the popular and cheap transportation in Vientiane. I looked around the bike shops and ended up at the shop near the Nam Phu fountain. They got very good mountain bikes and it cost 30,000 Kip to rent for the whole day including the chain lock. That is until the shop closes around 7 in the evening. In most bike shops, you have to leave your passports with them so it’s a good idea that you have a photocopy of your passport. 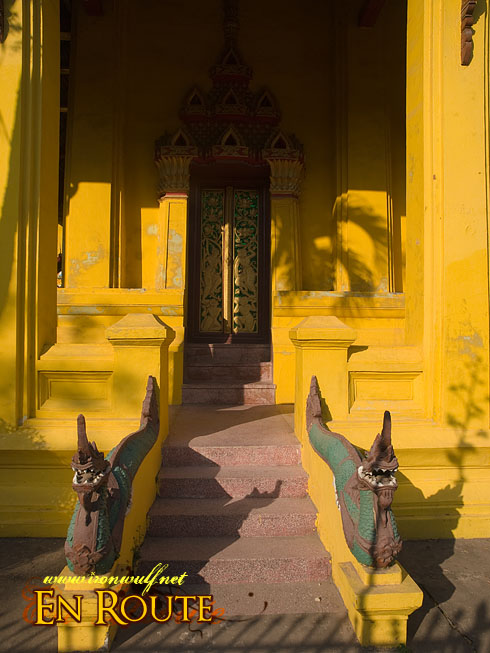 Since I haven’t biked for years, I had to accustom myself again on riding a bike. It was a shaky start but got used to it again after a while. I rode tested on the nearby temples like the Wat Mixay and then made a few rounds at the black That Dam Stupa. The later was believed to be covered in gold before and is said to be the abode of a 7-headed dragon early in the 1800s. When I got more comfortable I even revisited the Patuxai at mid-day. 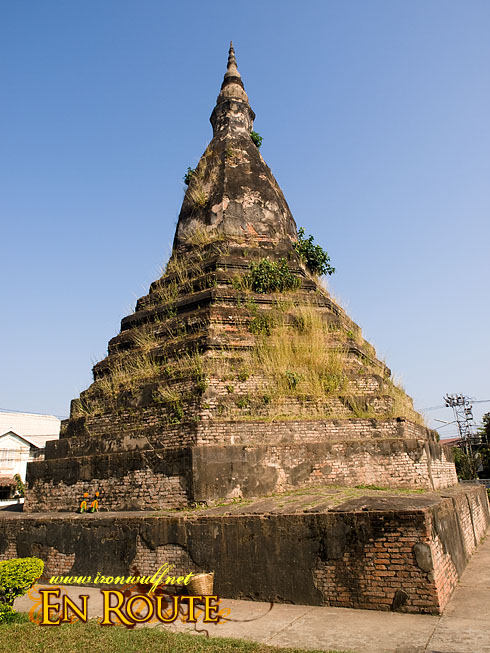 That Dam, the 7-headed dragon abode

It was basically my last day in Laos Vientiane and I didn’t take photos as much. I just wanted to have a relaxing time and was looking for a nice Lao Traditional Massage at the area. I read about Wat Sok Pa Luang just a bit on the outskirts of the city. So after having lunch at their local mall, I head straight down the Th Khu Vieng Road heading south east. 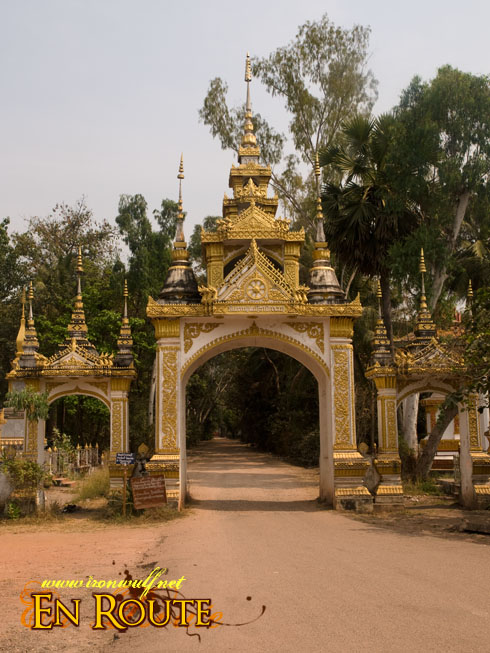 At first I was afraid going out the city center like that but I just stayed by the sides of the road. I asked directions on where the temple was located and it was an easy find really and took me I think only 20-30minutes of biking. Wat Sok Pa Luang came from the word Wat Paa which means a ‘forest temple” and it perfectly describes the place which is mostly shaded. This temple is known for its herbal saunas and massages. They also have a course on Vipassana, a type of meditation that analysis the mind and body connection and harmony. 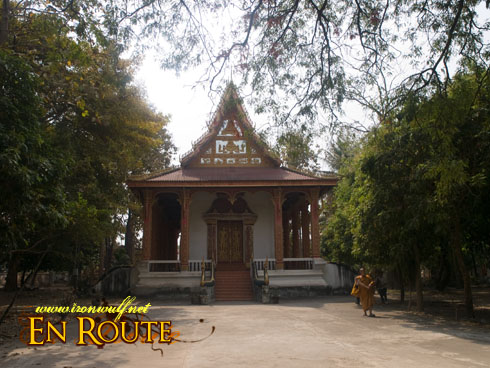 I actually wanted to try the sauna and massage but there were already a couple there before me and I didn’t want to wait since I have to return the bike on a certain time. I chatted with a few monks there before I headed back to Vientiane then headed to this other known spa known as Papaya Spa at the east of the city but found it closed. I just decided to return the bike instead and ended up getting a massage at the near by White Lotus Massage near Nam Phu Fountain. 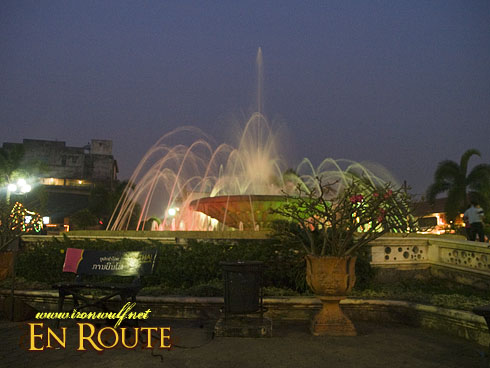 So I had the Lao Traditional Massage which started with a gentle foot wash. They gave me a sandal which was far too small then headed up to the room where there’s a row of futons on the floor. They gave me these over sized cotton clothes to wear during a massage. It was a bit weird for me as skin contact for massages are somehow important. The massage was a lot gentler than I like. I like hard massages that I can feel the pressure under my skin. They also have these herbal steam pressure pads pressed on the body. I find the smell soothing but at times I find the pads too hot on my skin that it feels like I’m being tortured lightly. Overall, the massage was okay but it could be harder and the ambiance much better since it cost me around 125,000 Kip for the whole massage and a little tip.

I only had a simple dinner then headed back to the hotel to pack up my things. I settled my lodging fee and headed to my room. This would be my last night in Laos and the next day, I’d be going home.