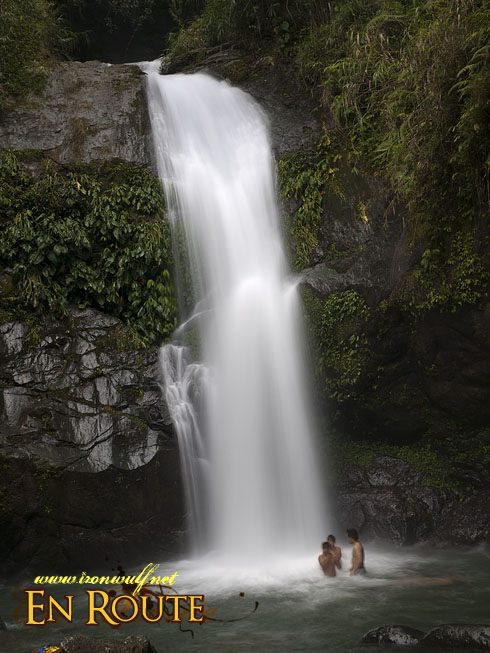 Enjoying the waters at Imugan Falls

I was asking around some of the locals there on how long it would take for me to reach the Imugan Falls. Most people would say 30 minutes. But as they say, sense of time between the rural and urban folks have a difference. I’ll find out soon enough as I head to the falls while they are having a workshop that afternoon at Imugan Town. 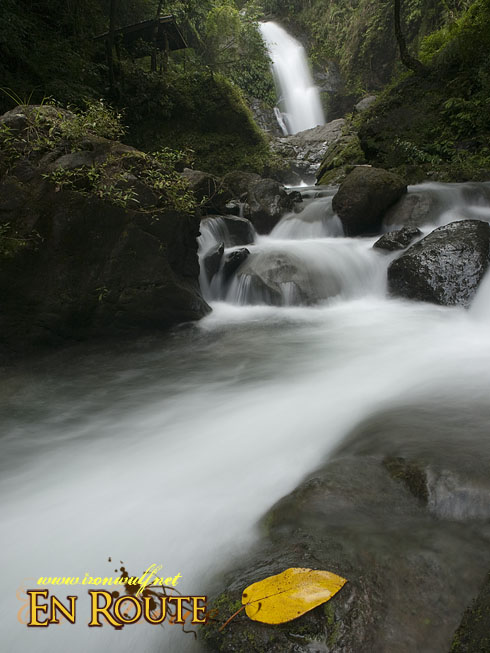 The cascades heading towards the falls

I had the river on my left while on the trail. I had instructions to always keep on the right. I think the people there know the place is safe enough as not to worry about me going by myself. As with any other new destination, there’s always that mental challenge in your head on just pushing forward even if you had no idea the place is near or not. 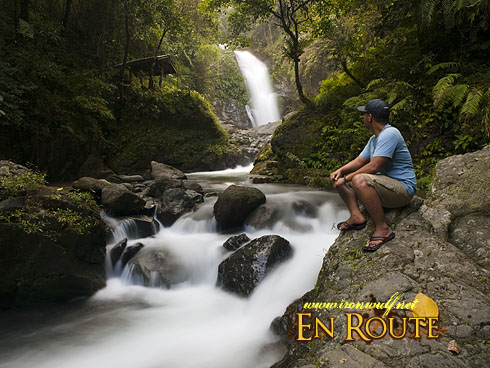 The author on a rock admiring the falls from afar

The trail was easy with only a few slopes here and there. I was monitoring my time as well to see if the 30 minutes time they said was accurate. The trail was quiet and only crossed path with one local on the way. The forest here is dense and the sound of rushing water grew louder as I head on. 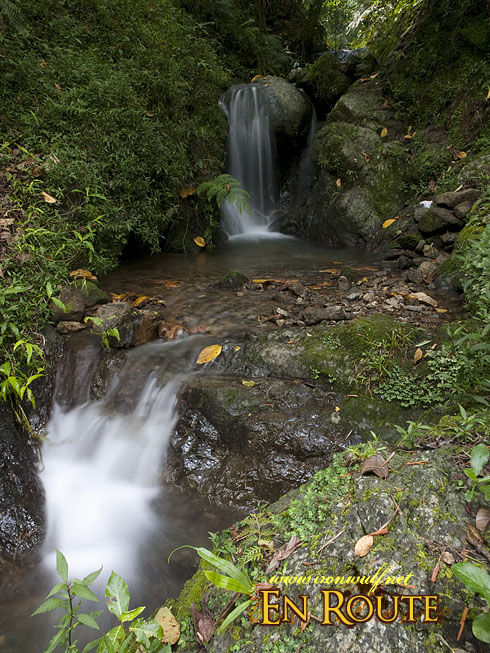 Passing by this smaller falls on the side

I reached the end of the dirt trail going to the river. I could clearly hear the falls further but there is no other path but across. I looked around again if I missed anything of there is another way but none. There seems to be a pathway on the other side so I decided to continue and cross the river. 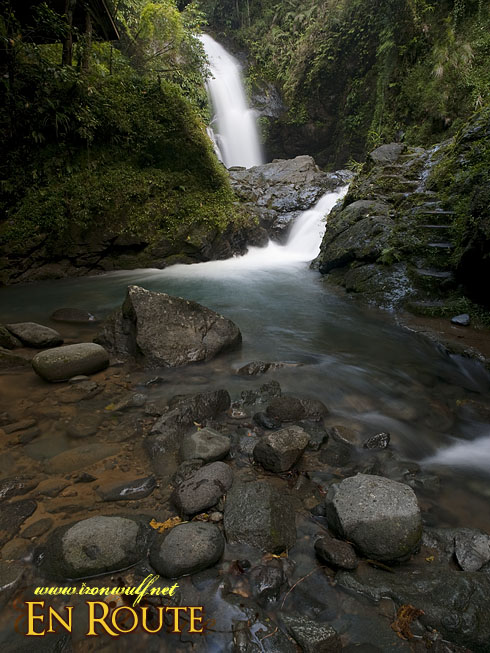 Stairs heading to the main level of the falls

It was not as deep as I thought it was, the water level reached only above my knees. Current wasn’t that strong so it was easy to pass through. I reached land again and only for a short walk then crossed the river again to reach the large boulder where a hut on top was placed. I could see the waterfalls from here and it was a really nice looking falls. Because of the rains, the pour was stronger and there were about a couple cascades before the main pool. On the right before heading towards the main pool there is a smaller falls. 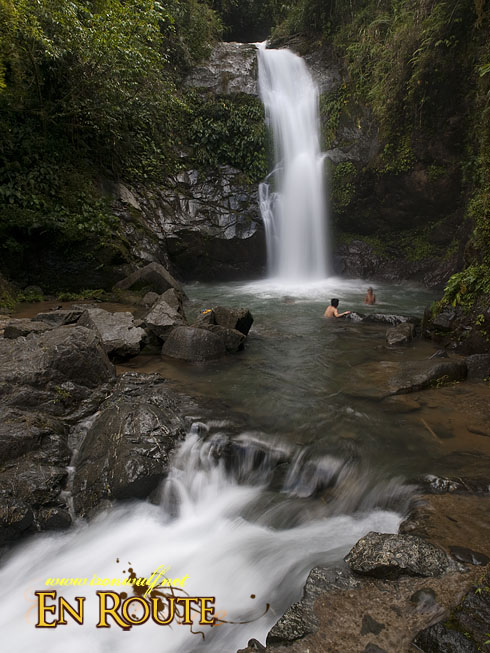 Reaching the main leve of the falls

Personally I thought it was a wonderful looking falls. Despite a couple of huts there the waters were really clean and the cascades looks great. The place is also safe to swim to as the water was not that deep. It was already late in the afternoon when I was there so I went back after taking a few photos. 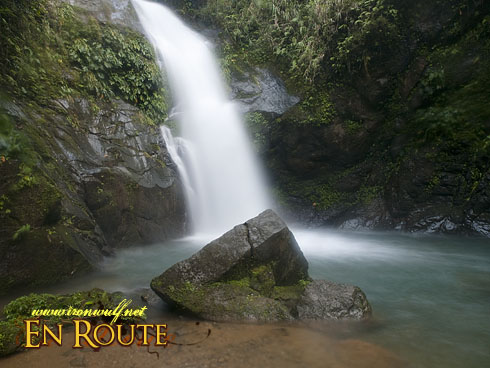 Avoiding the spray behind the triangle rock

But since this falls is just a 30 minutes walk away which I confirmed, we were able to visit the place in the afternoons when we were done with our tasks for the day. We would buy snacks and softdrinks and eat them there. Nash the writer being a Kankanay loves to explore. When he was a kid in Benguet he would trace the source of the waterfalls and that’s just what he did on the smaller stream on the right of the main falls. 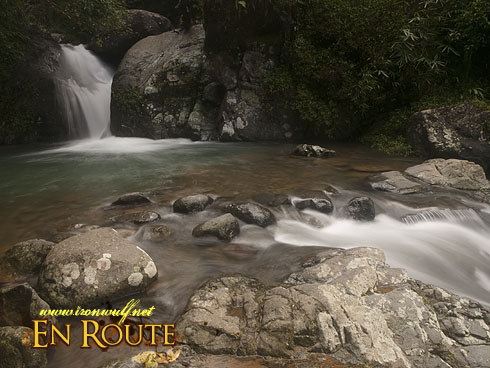 With a bit more exploring we found that there is another trail going on top of the falls where one could find a smaller falls. And it doesn’t end there as the trail continue all the way up to where there is a river, water source of the large falls. I no longer explored that part as it was really slippery and I’m more afraid of my camera than myself. 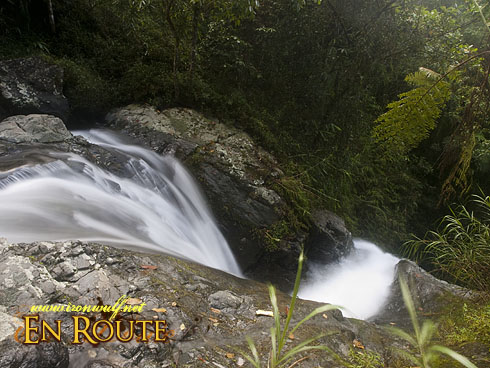 Imugan Falls Cascade to main falls from the small falls

Initially, I had thought the basin of the main pour was really deep judging from the strong flow. Not until we chanced upon meeting a bunch of kids from other towns going there for a visit. You know kids in the provinces, they are more adventurous and really knows how to swim. They would jump across those rocks with only their cheap sandals as if they were walking on the ground. So these kids went into the water and found out that it was only waist deep towards the pour of the falls itself. When we found out about this we readily went into water and enjoyed the falls as well. 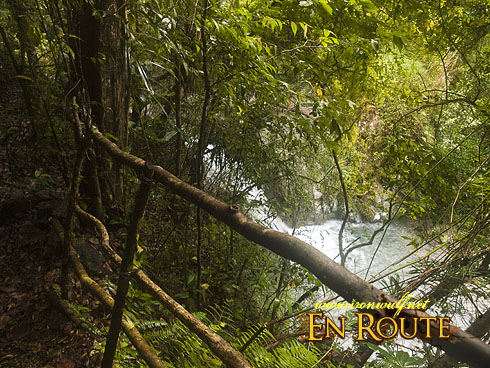 There’s still a trail going up for more

Imugan falls is really a fun waterfall. It’s a lot safer to swim around with, there are trails to explore and the water is really clean. It is definitely one of Nueva Vizcaya’s natural wonders and I hope it stays that way for many years to come. 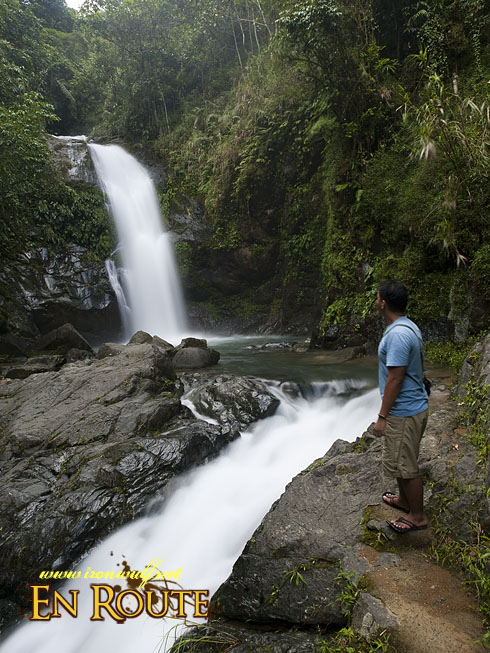 The author admiring the falls up close