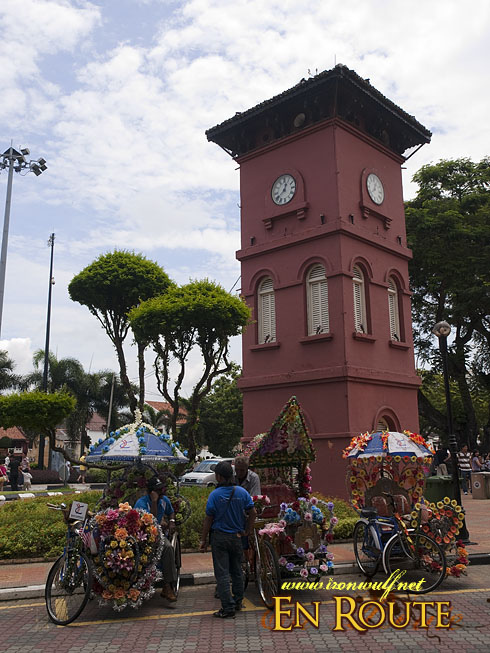 We originally had a different itinerary for the day. But with help from Martin’s persistence to his higher ups, we were granted our request to go to Malacca (Melaka as how the locals call it) instead. Being one of the recent awardees by UNESCO as a World Heritage Site last July 2008, I’m equally excited to see the place and to add to the list of UNESCO sites I’ve been to. We left Kuala Lumpur past 10am then took an hour’s drive to Malacca. 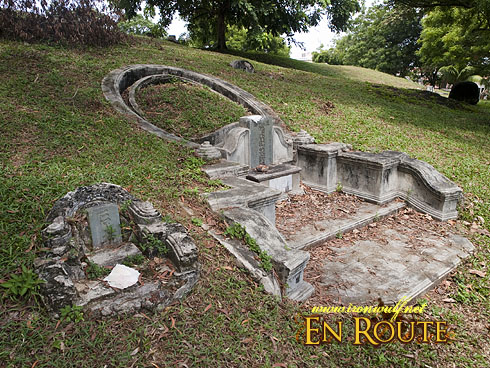 Our first stop before heading to Malacca town proper was the Bukit China or Chinese Cemetery Hill. Marie, our guide told us that this is the largest Chinese Cemetery outside China. There are 12,800 graves here dating as far back as 1622. Marie explained that the “U” shape on top the grave symbolizes the womb where souls are reborn on the afterlife. And since Chinese believes on the afterlife they also build guardian stones beside the graves so these spirits can guard them on the afterlife. Items which are of importance to the departed are also placed near the graves. The higher the placement and the elaborateness of the gravestones signify the stature of the one buried there. 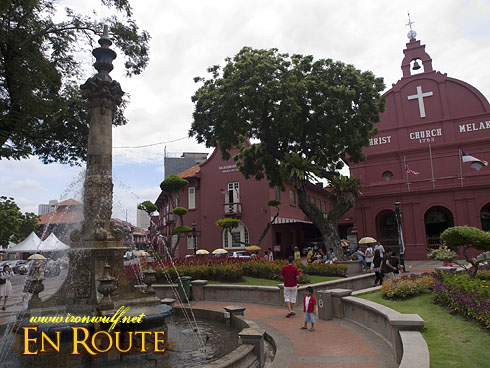 We continued our drive past a large sign stating that Malacca is a UNESCO World Heritage Site. We were dropped off at the heart of Malacca which is the Studthuy’s Square. Malacca’s history goes way back to the 1400s when it was a simple fishing village under the Malay Sultanate and soon became a popular Asian trade port. Things changed when the European Colonization started in the 1500s when wars between the Portuguese, Dutch, French and British almost left the city in ruin. From 1826 to 1946 Malacca was under the British rule. 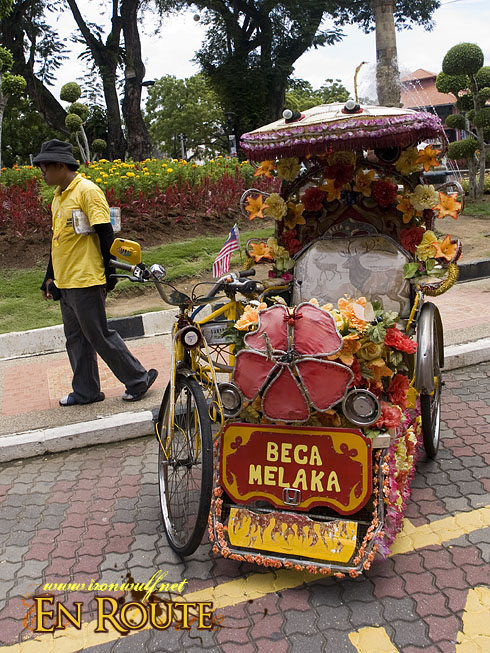 Being an important Asian Trade port, Malacca has a fair mix of culture which is evident in its architecture and people. It is the center of Peranakan Culture. The term Peranakan is used for those original Chinese descendants who came here during the 15th and 16th century and took in local brides. Baba-Nyonya is also a term given to the descendants, Baba which means Master for the men and Nyonya which means Mistress for the women. In fact our guide Marie is one of the last Nyonyas. Their families are supposed to inter-marry but it is no longer strictly practiced at this time. 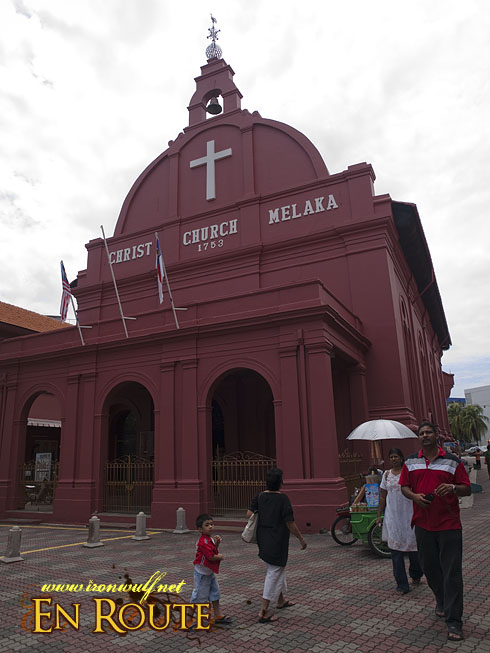 Enough with the history lessons but that basic knowledge is important in appreciating Malacca. In Studthuy’s Square also called the Red Square, we could see this fusion of cultures. Along the vibrant red hues and the overly adorned bicycle rickshaws, there are structures surrounding the square which were built by the Dutch. The Christ Church is the oldest protestant church in Malaysia built between 1741 and 1753 replacing a Portuguese Church which shattered before it. The church has very interesting interiors with original age-old pews being used and tombstones on the floor. Unfortunately, photography isn’t allowed inside the church. 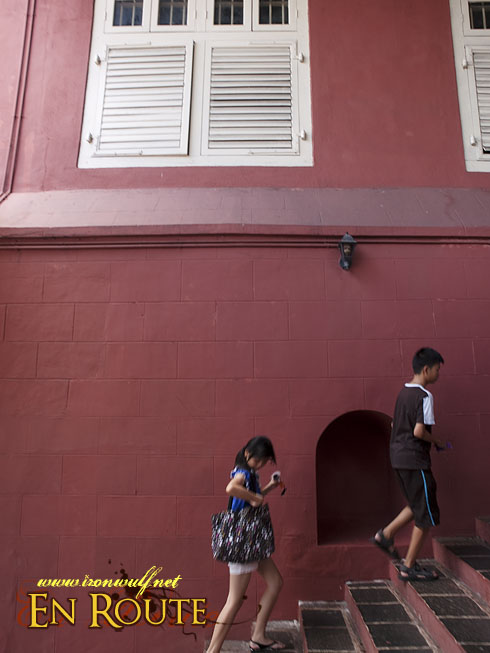 Just beside the church is the Studthuys, the oldest Dutch building built in 1660 which now houses a museum. The clock tower near the fountain is called Tang Beng Swee Clock Tower. It looks very much like a Dutch structure because of the color but it is originally Chinese built in 1886. As much as I wanted to stay at that beautiful square and wait around to take pictures we had to keep moving. So we went through a stairs inside Studthuys building leading to a car park. 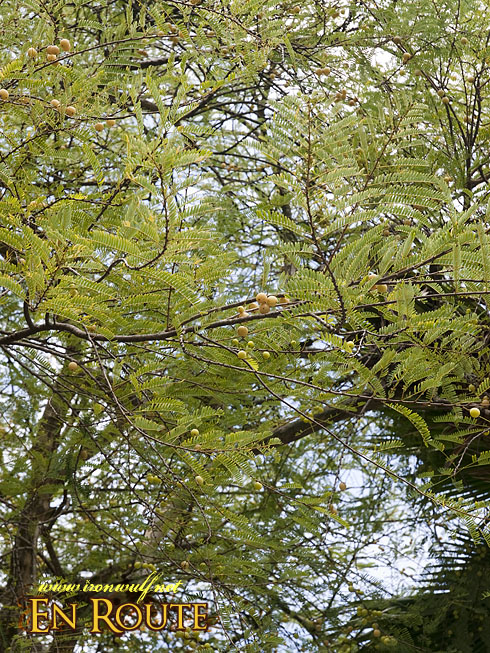 At the car park, Marie pointed us to a tree so we went under its shade. She told us about a Hindu Prince Paramesawa in the 1600s who was hunting for a deer. He rested under a tree by the river. He saw one of his dogs corner a deer but was startled when the deer defended himself and pushed the dog to the river. He was inspired by the circumstances of the weak overcoming the powerful. At that moment he decided to found a kingdom and named it after the tree he was sitting on, the Pokok Melaka (Indian Gooseberry) Tree.