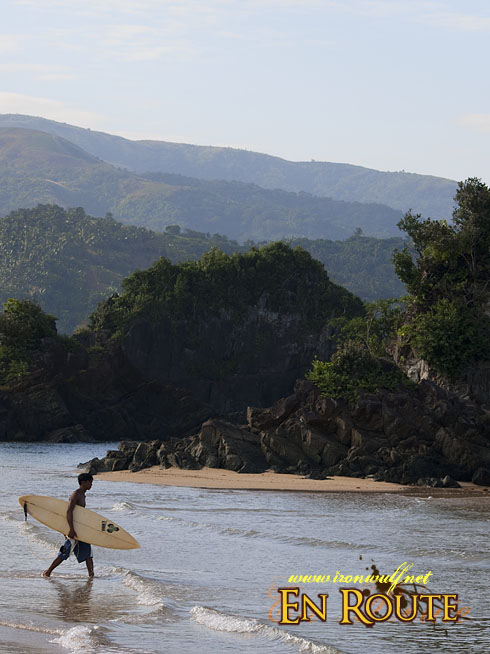 It seems crazy when we hear people say that they want the storms to come in when they are on the beach. “Stronger the waves the better” as one surfer says. And it is in the presence of the storm that the waves and the wind become their playground. It is start of the surfing season again in the country. And Puraran Beach is home to a world renowned surf break, the Majestics. 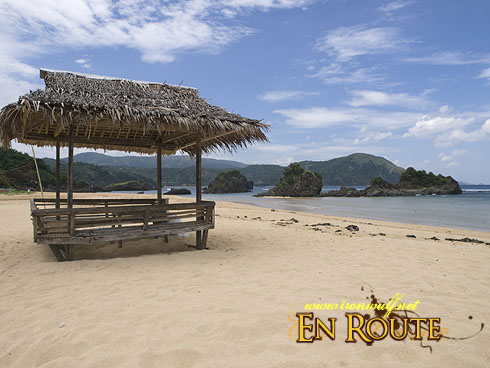 Settling-in at Majestics Puraran Resort after our arrival from Manila we decided to check out the beach. Puraran Beach is bounded by high cliffs and rocks. The beach is not powdery but finely grained still. It has uneven slopes now which was caused by recent flood waters from the uplands reaching the beach, said Aireen, whose family runs the Majestic Resort. She said the mayor has plans to bring in a bulldozer to even out the beach again. 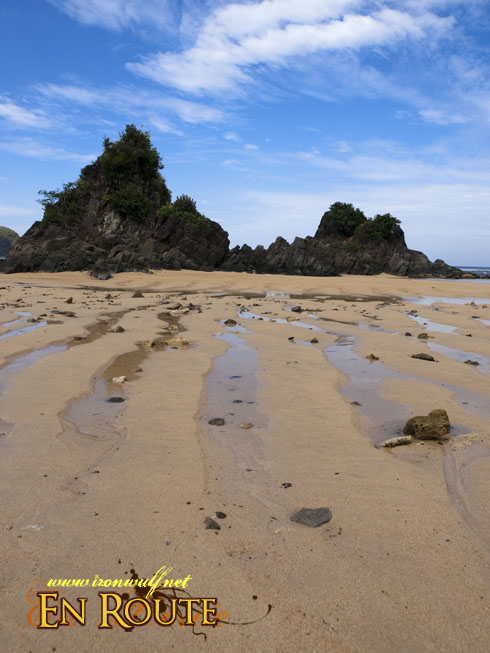 What were striking are the scenic karst formations jutting out just off the shores standing like sentinels of the sea. Behind them is a gradient backdrop of the mountains. The beach has a portion of rocky shores which I’m sure landscapers would revel. Unfortunately for us, even if there were good sun in the afternoon we weren’t able to shoot because of the cloudy conditions. 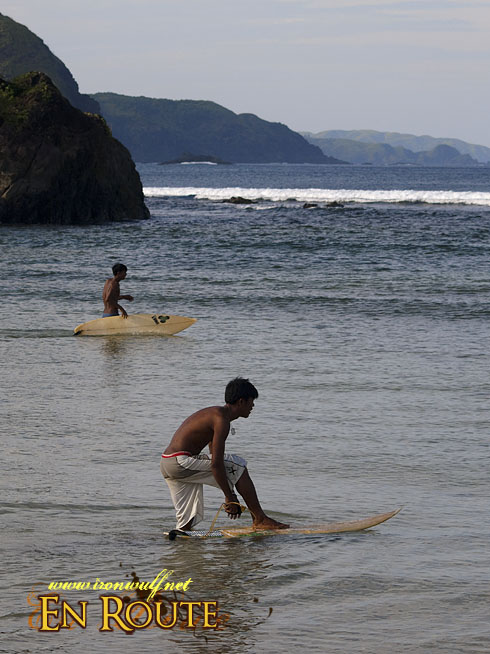 Getting ready for the Surf

For me, I’m contented just lazing around on one of the beach huts there. I would like to learn to surf but I found out that this is not the best place to learn surfing. Aireen told us that the reef under the waters after the rocks have dangerous undertows. And the Majestic Surf is around 200meters from the shore which has waters as deep as 6 feet. But on calmer months like summer, it is possible to learn how to surf. 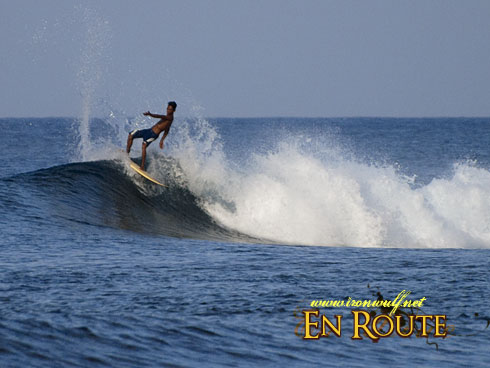 On top of Majestic Surf

Surfers considers the breaks here as for experts and care should be observed. Waves swell at the height of up to 10 feet on a 6 meter long barrel. Aireen told us that the Australians has the most number of surfers who come here, second are Japanese and Hawaiians. They love it here since it isn’t crowded unlike the popular surfing spots in the country. Aside from the foreigners, local surfers join them. 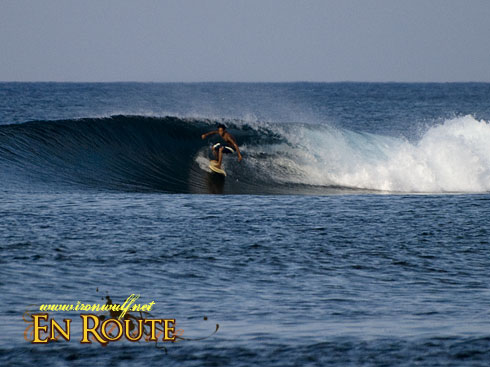 Through the barrel of Majestics

I tried capturing some of the surfers taking on the Majestics but they were too far from the shore. One of the surfers told me that I should position myself on the rocks for a closer distance but that it only gave marginal improvements. From the shore I could see their heads out of the water but tinier than a small marble between my fingers. Even with a 600mm focal length, it was still hard to get good details from them. 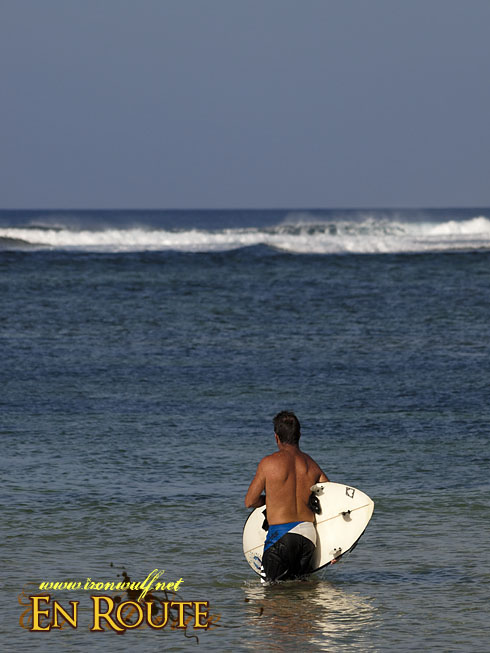 Looking at the Surf afar

I guess at this time I’m only going to be a spectator in surfing. I haven’t tried the sport yet but it sure is spectacular seeing them how they ride along the waves. Maybe it’s not too late to learn on some other place and time. In the meantime surfers looking for new breaks should check out the place. There is also a planned National Surfing Cup here in Puraran, Catanduanes every October. For this year 2009, if I heard it right from the Mayor, it’s on October 24. Surfing enthusiast should check it out.