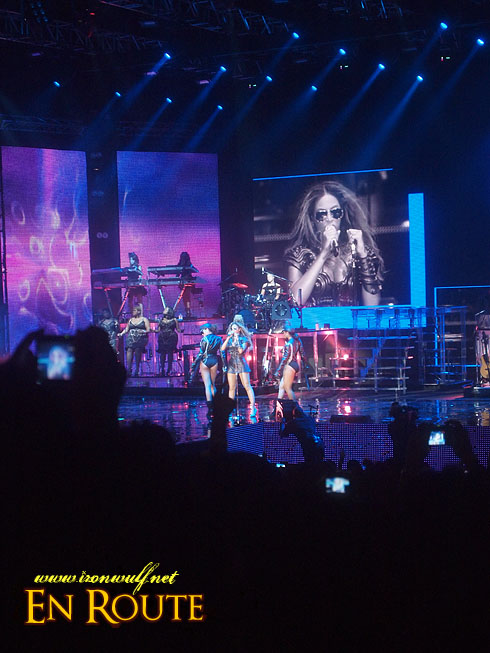 I was in Bato, Catanduanes taking pictures of the old church by the river. A funeral procession was approaching when my phone rang calling my attention. From the other end of the line, I heard a voice ask if I’m available to watch Black Eyed Peas on a certain date. Suddenly, suddenly, every noise slipped out from my senses and my head was instantaneously filled with words like “Boom Boom Pow”, “Let’s Get it Started” and “Where is the love?” For god sakes it’s Black Eyed Peas, of course I replied with a loud booming yes. 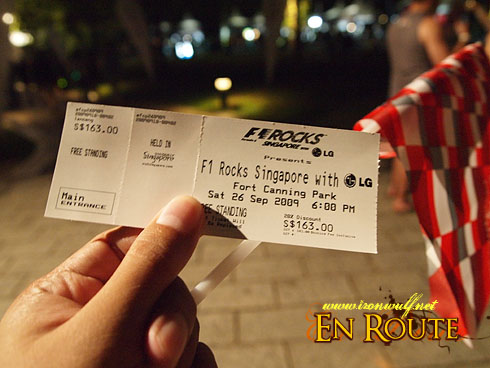 Honestly, I hop away to most Hip-hop music as most of the time. I find the repeated verses and rapping almost bordering to nonsensical. There are only a few hip-hop and R & B artist that I like and one of them is Black Eyed Peas. Starting from Elephunk, their single, “Let’s Get it Started” really got me started to notice their brilliance. Album after album, they kept on churning hits that not only grab you like a hook but adds tons of gum to keep you glued. 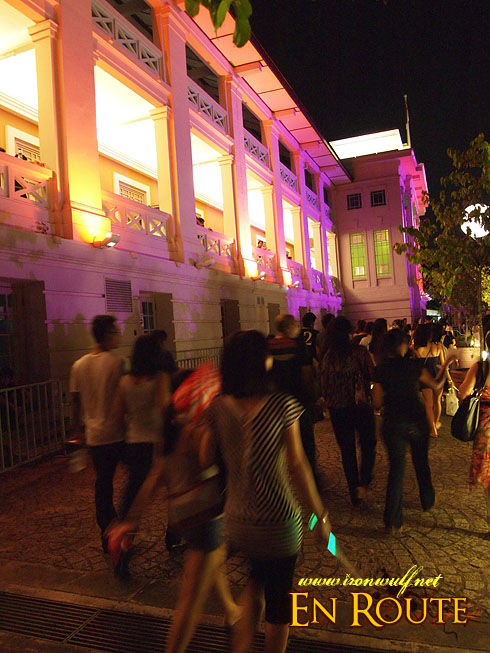 BEP’s music while oozing with sexiness along with the catchy beats also has touched on social themes like world poverty and society. What’s closest to home and what also made me notice them more was the presence of one Filipino member Apl.de.ap (Allan Pineda) who never fails to add a Filipino touch on each album of Black Eyed Peas. 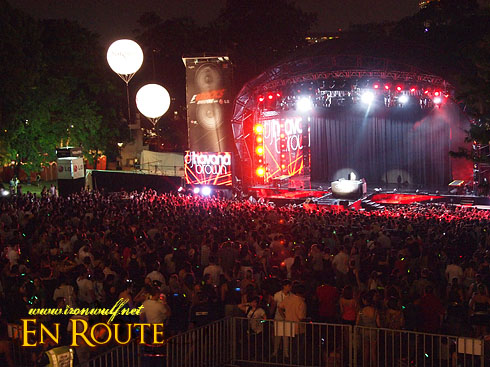 Flood of people at the concert grounds

The Department of Tourism (DOT) Press Tour brought us here to Singapore for the launch of their “Take Me to the Philippines” campaign. And Apl.de.ap of Black Eyed Peas played a big role to here as we unveiled the “Take U to the Philippines” Music Video which would be airing around Asia. It’s a cool and hip music video with stunning visuals that would certainly get a glance or two from the young and hip crowd. 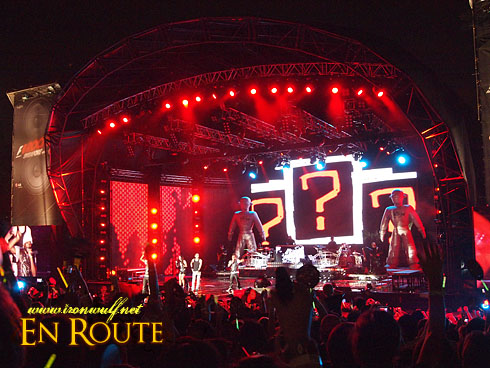 BEP during Where is the Love

To better appreciate this campaign launch, we had to see Apl.de.ap perform at a world stage along with Black Eyed Peas. We must not forget that the whole group catapulted each one of the member’s career to world wide stardom. And seeing them all perform at the last evening of the F1 Rocks Concert at Fort Canning Singapore was one show we were all looking forward to. 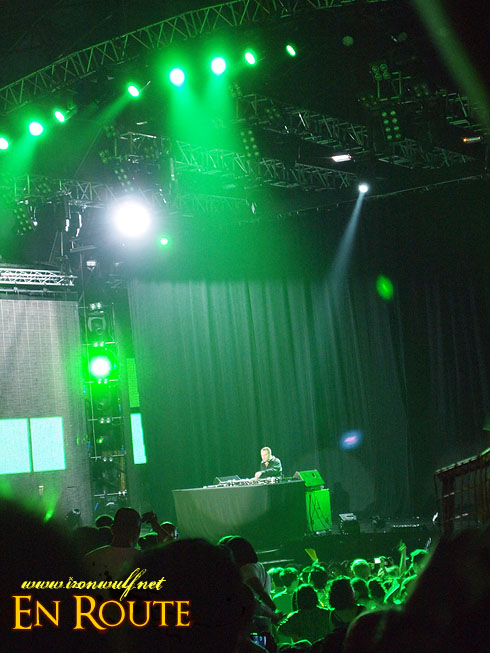 There was a considerable amount of walk to reach the main performance stage at Fort Canning. And when we arrived there, there was already a flood of people at the concert grounds. DJ Havana, was spinning house music when we arrived. We found a good spot just the right distance from the stage, not too near yet not too far. Beers and Softdrinks sold were worth bullions there. And you know you’re in Singapore when even the portalets are neatly lined up and fairly clean too.

The Black Eyed Peas performance started on time at 9pm. The stage dimmed and on came the screen and lights and other special effects on stage. I could see the amount of money and technology that went to the visual effects that came on stage. The audio was also near perfect. We heard that on the first day of the concert segments, the sounds crashed on every act. I don’t know if I should be proud that on the last night of the F1 concerts, all the elements were spot on.

“Let’s get it started” opened their sets raising the energy level up. Not to disclose all details, Black Eyed Peas poured in their energy with the audience. Their performance was effortless and natural and the visuals that came along just grabs you. I remember audiences swaying their hands along “Where is the love?. The hypnotic rhythm of “Boom Boom Pow” kept the audience jumping around. Then the electromagnetic soothing yet trippy beats of “I Gotta Feeling” to cap off their set with confetti bursting and smoke pillars at the stage. It was only hour and I know people were clamoring for more.

I know we came to Singapore for BEP but we’ll not ignore the last act of the night Beyonce. It took two hours of waiting under a new DJ spinning some house music. But this lady just entranced the audience the minute she appeared on the stage. She’s just an amazing performer and I really got a kick when she did a cover of Alanis Morrisette’s You Oughta know in between her song “If I Were A Boy”. Her tribute to Michael Jackson was also moving. Of course she capped off the set with her famous “Single Ladies” with all the youtube videos of people doing their own versions at the start to lead to her actual performance.

It was a great concert and surely worth the time we spent at Fort Canning. Despite the number of garbage left at the venue after, it was a night of memorable performances from both Black Eyed Peas and Beyonce. I got some clips on the performances at my Youtube account but it really pales in comparison when your there.