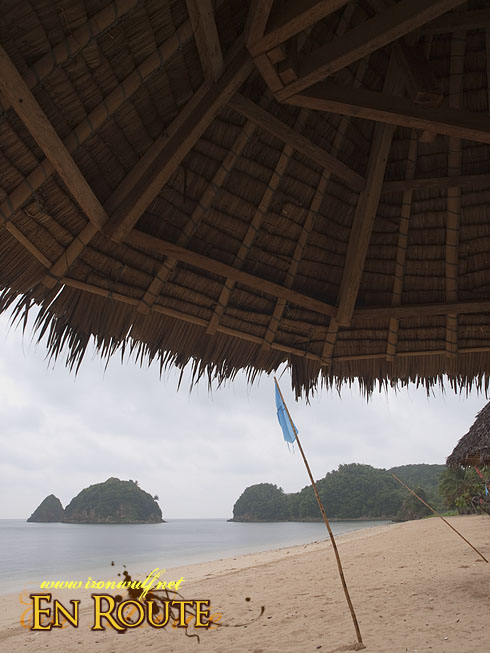 Twin Rock Under the Hut View

The rainy day in Virac didn’t discourage us from making plans the last day of our exploration of the island province. We woke up as early as 4:45am and our hired tricycle was already waiting for us a little past 5am. It was raining as expected, but not as strong as it could be hazardous for exploration. Our first destination found us going to the southern region of Catanduanes at the town of Igang. 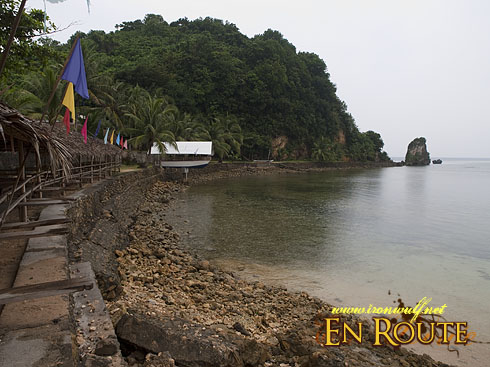 The Rocky side beach of Twin Rock

The more familiar mid-scale resort Twin Rock is found in Igang. It’s on the south western tip of the island possessing a nice white beach cove and a few karst formations in view, including twin rocks which may be the reason for its name. It’s a well managed resort, beautifully landscaped and overnight accommodations looks new. I heard there was change of management here a few years ago when the original owner died of a snake bite while hiking in the nearby mountains. 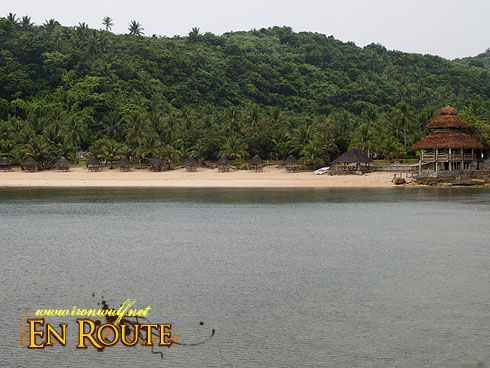 If I’m not mistaken, the resort is now partly owned by the governor. There were still renovations being made there and it’s looking good. I bet if the weather was great, we would have enjoyed it more. The beach is certainly inviting. As a visitor here, we had to pay an entrance fee of P10. There’s a separate fee for cottage rentals for day and accommodations range from a thousand up. 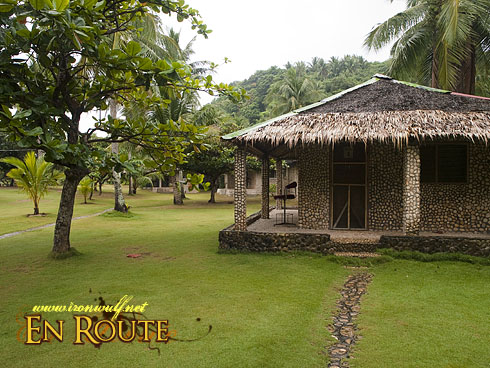 An accommodation at Twin Rock Resort

There’s a bunch of activities here to keep visitors entertained like ATVs and kayaking, and for those who doesn’t like the beach, there’s a pool at the heart of the resort. Just watch out for the food. Our breakfast was pricey but it wasn’t that good. I can’t say much about their other food fares but there are no other dining places near the area aside from the resort restaurant. 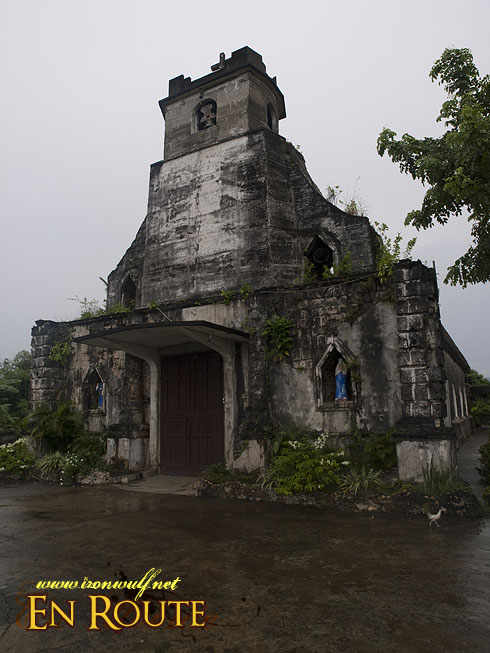 The Petite but charming Antipolo Church

We moved on from the resort to go westward this time to the mountainous town of Lictin. But before that, we made a brief stop at this petite church that caught our attention on our way to Twin Rock. It’s a really small church. Looks old but has that certain charm to it. It’s the Antipolo Church at the same barangay of the same name. The church was closed so we weren’t able to inspect the interiors. 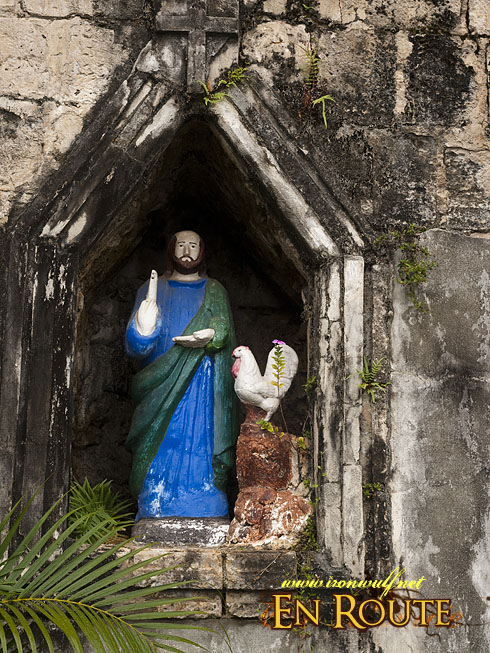 Our ride to Lictin was longer than we expected. The 30-45 minutes ride goes up hill in zigzags. Then high up on the road we stopped along on the sides and I saw a sign which says Luyang Cave Park. I’m sure if one isn’t too attentive there’s a possibility people could miss this spot. We went down the stairs from the road. Care should be taken on the steps and floor when wet. It’s really slippery. 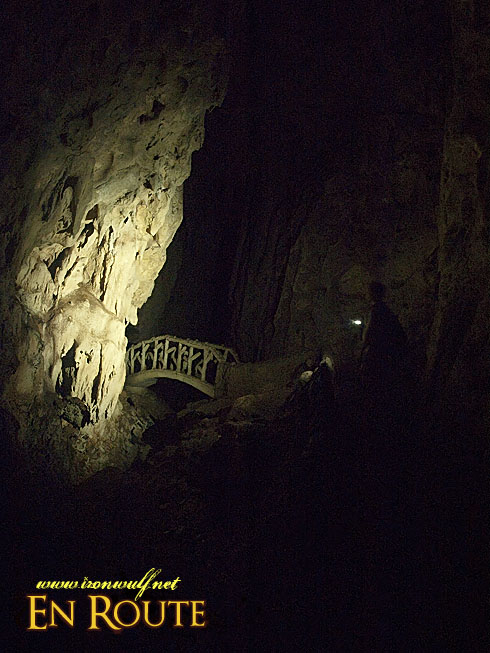 The bridgway inside Luyang Cave

Luyang Cave is a subterranean cave with a triangular entrance. It’s a long high ceiling tunnel with deep pits in the middle. The locals have paved the trail to make it safer for incoming visitors. They also made a concrete bridge to go over the pits. Its pitch black inside that it nearly drowned my LED Pen light. There is definitely lots of bats in the ceiling. Even if the narrow steps are cemented, on some parts as water dripping from the ceiling making them real slippery. The stalactites and stalagmites on remote sections of the cave are still intact despite frequent pilgrimages. 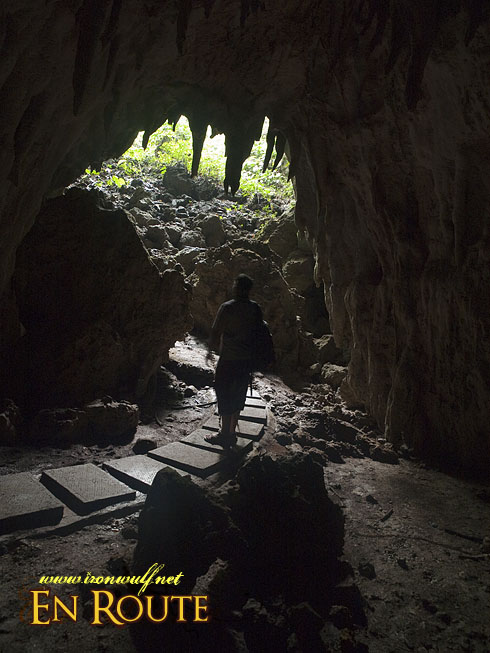 There’s a fork path inside the cave, we went to the right and it led us to an opening to a forest. We didn’t bother to explore as it may lead us somewhere else. We went back to the damp air inside the cave and didn’t bother to explore the other route. We took some photos on the bridge area and got swarmed by bugs attracted to the light. As if my imagination was running wild, I felt an arid presence curious and observant in the shadows. I wouldn’t be surprised though as this was a site became the burial ground for the natives that were massacred by pirates in the 17th century. We quietly made our way back to the entrance. So that’s what the altar at the entrance of the cave for, to appease the departed souls resting here.