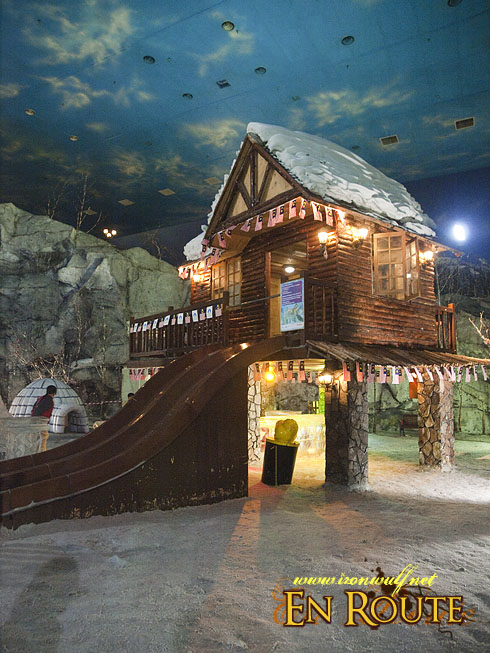 I was measuring the altitude of the mountain from my phone’s GPS while Marie was securing our park ride passes after arriving here in Genting Highlands. I was on a level where I was looking up at the First World Hotel and is nearby one of the signature rides in Genting Highlands, the Flying Coaster. My GPS reads 1720m on that level. I’m sure on higher ground it would be around 1800m+. Marie soon handed over our tickets and it’s the start of the fun. 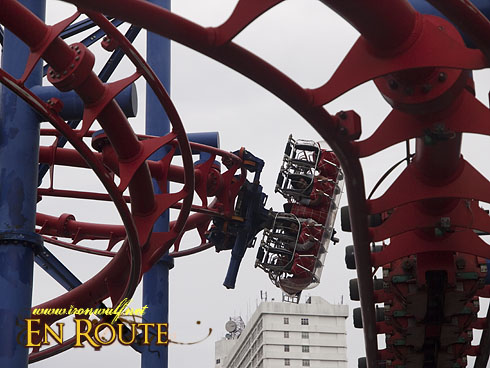 Our first target for the rides was the Flying Coaster. Since Genting Highlands is up on the mountains, there are times rain would stop operations of the outdoor rides. And this is for safety reasons. At first we were informed that the ride was closed for a moment and as we were leaving they caught up with us and said it was safe to ride. We rode in twos. 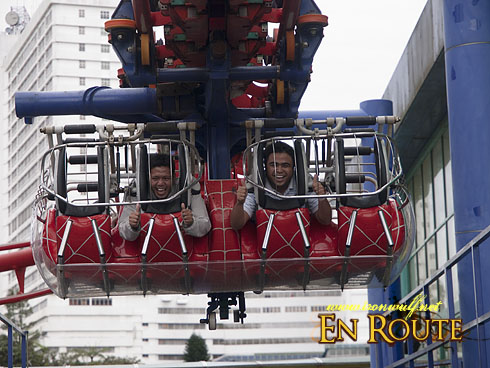 Two Thumbs-Up for the Flying Coaster 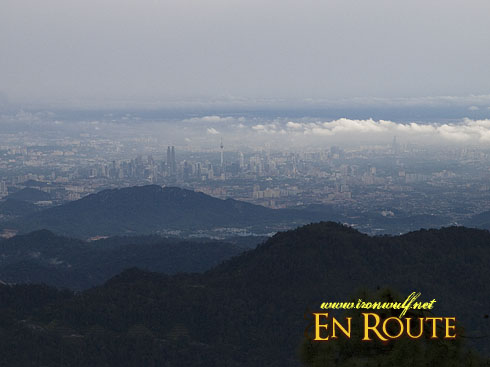 The view of Kuala Lumpur as seen from Genting

That was an exhilarating start then we moved on to the Space Shot. It looks pretty tame when you look at it. We got one of the 3 seats on the side. Ivan and Nina were with me on the seat sets. We were slowly elevated up the space shot tower and stayed there for a brief moment to enjoy the view of Kuala Lumpur with the distinct Petronas Towers jutting out of Mountain View. Then in an instant there were no seat underneath us and we were plumped down at the speed of 67 km/hour. If I thought those woody wood pecker and wily e coyote cartoons were exaggerating, I found myself also suspended in the air for a few seconds only held and pulled by the safety bars. There was a yoyo effect after the main plunge. It was intense and fun. 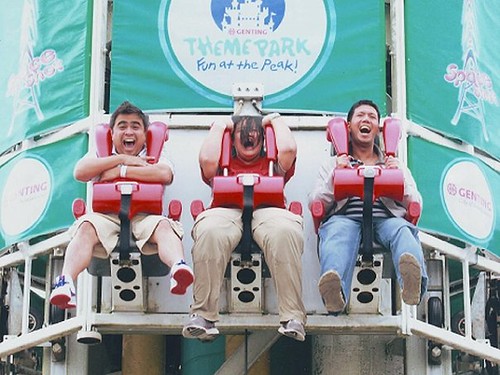 Plunging down at Space Shot

It started to rain already so we went indoors for lunch at Penang Food Village to sample the region’s specialty. We were deciding on where to go next. The Sky Venture was in everyone’s mind but it was closed due to the outside rains that may affect the systems. We decided to go to the Snow World where we caught up with the Sports Unlimited team doing some taping. At first we were not allowed to go with them since there were only a limited number of persons are allowed inside. But Ivan was able to use his persuasion and say that we were also part of the TV Crew. So we grabbed in some jackets and gloves and got in. 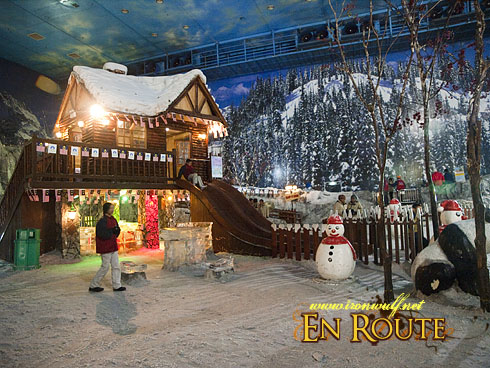 Inside the Snow World

It was approximately –4 degrees centigrade below inside the snow world and certainly slippery as well. Marc Nelson and the other TV crew members were throwing snowballs. Cameras are essentially not allowed inside for one reason it may freeze and damage the camera. But I brought in my Olympus E-3 DSLR inside and thank god it was working under those conditions. It was fun and I love the cold but we didn’t stay long as each group is only allowed a few minutes inside.

Marc Nelson does the Sky Venture

We didn’t follow the Sports Unlimited Group and decided to just do some bump cars and target the Tourism Malaysia guy Martin for fun. Then we heard that the Sports Unlimited were in the Sky Venture. We went there hoping that we could do it as well. But time wasn’t on our side and it was a special favor for the TV Crew. We just stood out on the other side of the glass as Diane Castillejos and Marc Nelson did some routines inside the sky venture. Their petite lady guide in pink did some spectacular exhibitions as well. After their taping we hurried back down of Genting as we have a dinner to catch with the Malaysia Tourism People. 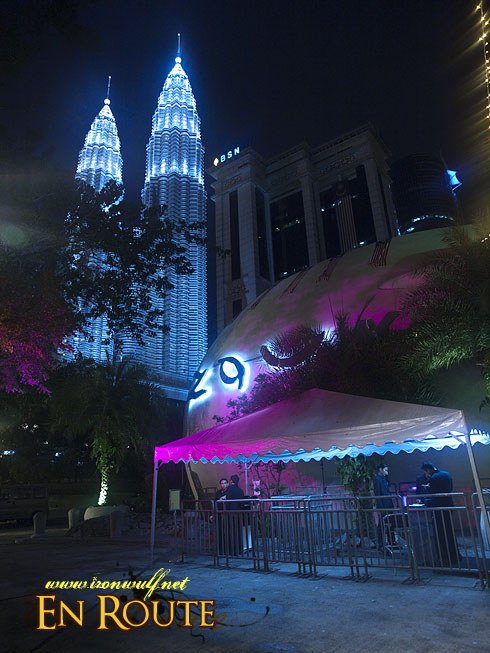 We still had enough time to freshen up and prepare for our dinner. We met the People at Nasi Kandar Pelati where we also feasted on a wide array of Indian Food along with some interesting conversation. We still had a few hours after dinner until we visit one of the clubs in Kuala Lumpur they call Zouk. And since it was just near, we went back to the hotel to rest for a couple of hours since the club opens at 10pm. 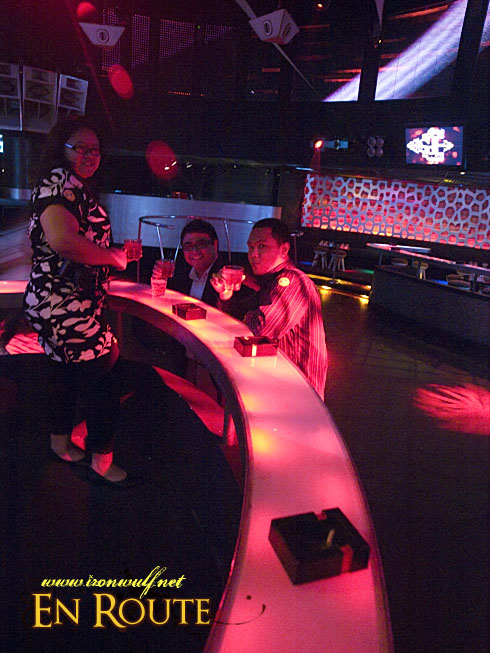 Late evening we went to Zouk which is part of the itinerary, but since it’s fasting season because of the Ramadan celebration, there wasn’t too many crowd or happening inside. We just took a few of the free drinks to chill for a while then went back to our rooms at Impiana and re-energize for another day of exploration.